Climbing a peak toward progress

As a kid, Sean Tracy remembers never wanting to work in a hospital. To him, that was where all the sick people went—a place where bad things happened far too often.

So, when Tracy joined the grounds crew at Penrose Hospital in Colorado just two years out of high school, he couldn’t help but see the job in temporary terms. That is, until he met Nick Putzstuck, the hospital’s facilities supervisor, who taught Sean to embrace the challenges of the job—without losing sight of his own growth. 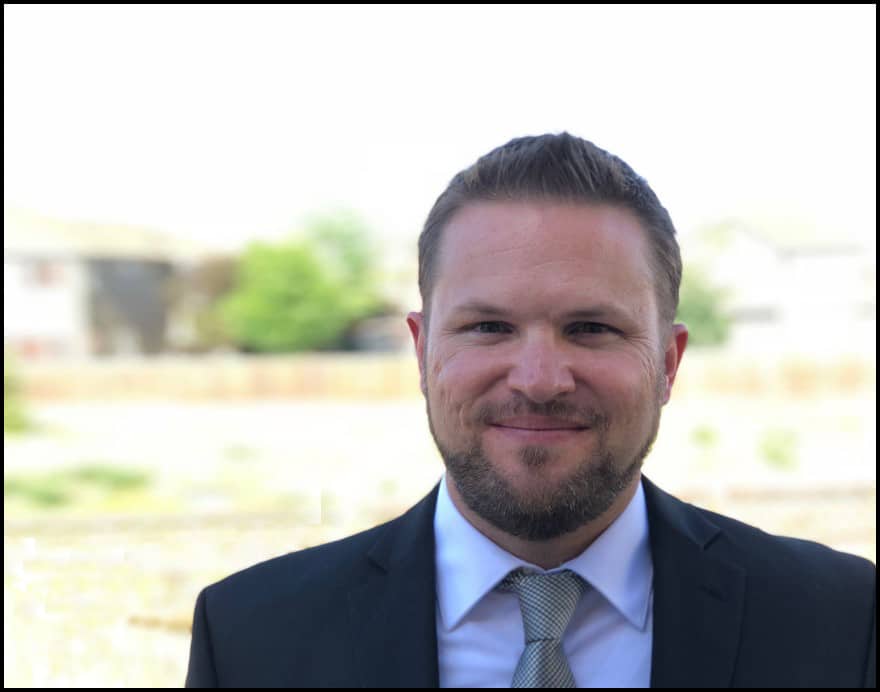 “Coming out of high school, he got me on the right track by convincing me to take classes at a nearby community college,” Tracy recalls. “It made all the difference in where I was going. Now I’m here, and honestly there’s no place I’d rather be.”

Speaking with Blueprint in early February, Tracy was helping spearhead one of the hospital’s biggest initiatives to date: a potential three-phase project at the Castle Rock Adventist Hospital near Denver. 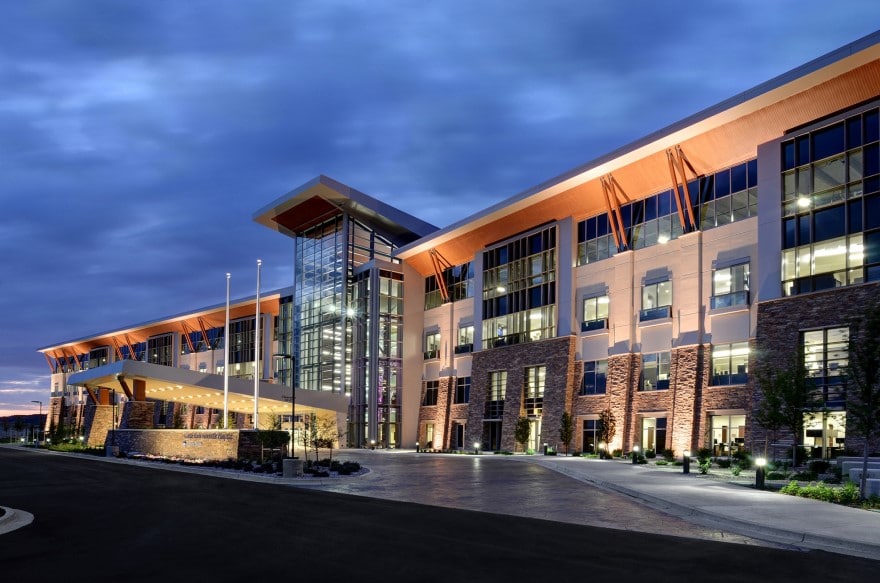 The first phase involves expanding the footprint of the existing Centura Health property by building out the fourth floor of the facility’s main hospital. Slated to be completed by the end of 2020, the project will increase the number of beds on the floor by 36.

For the project’s second phase Tracy and his team will be building a new medical office building on the north end of the campus, complete with surgical suites and procedure rooms to handle additional patients. The final phase, not yet determined, will be an expansion of an on-site emergency department .

“The original build anticipated future expansion, which is why we plumbed the space during initial construction of the hospital in 2013,” Tracy says. “By gaining more square footage and beds, Castle Rock Adventist can meet the demands of the fast-growing community.”

Currently, Tracy says an in-house user group (made up of health care professionals) is working with the architects and designers to brainstorm how to best use the fourth-floor space—specifically through use of 3-D design models.

According to Tracy, the space will feature a layout similar to that of the hospital’s third-floor acute care, complete with a centrally located nurses’ station and patient rooms. The team has also focused on an open concept plan at the nurses’ station, featuring sit or stand desks and glass partitions. The new space will increase the capacity of the hospital’s current 53 beds. 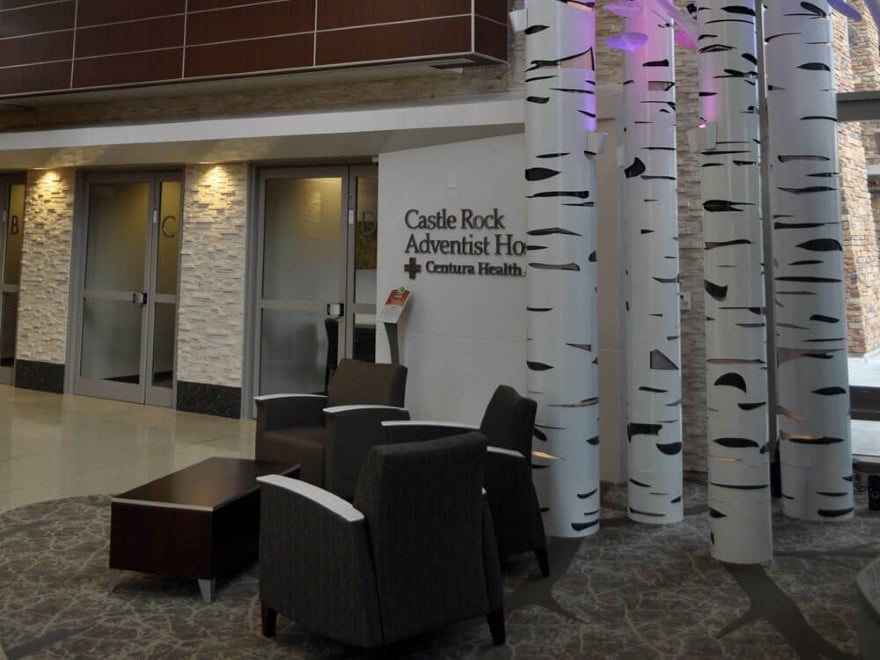 Once the plan is in place, a budget will be set with a breakdown of what each phase will cost. Then the work will go out to bid.

“We are lucky in that some of the hard work was already done,” Tracy says. “We have four walls, a roof and all the plumbing systems installed. Initial planning is saving us time and money.”

Growing within the organization

It’s Tracy’s deep institutional knowledge—garnered over 15 years of working on other sites within the Centura system—that gave him the know-how needed to tackle this latest project.

It’s an expertise that Tracy learned to cultivate early, thanks to his grandfather, Ron Palmer, a general contractor who taught young Sean the basics of the business. 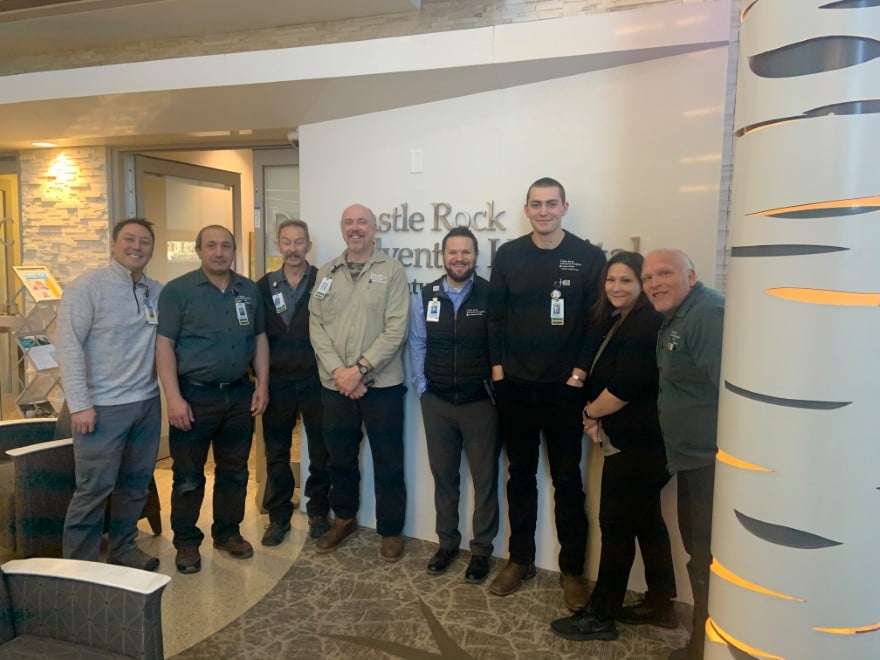 After graduating from high school, Tracy worked as a greenskeeper at places like The Broadmoor, and World Golf and Sand Creek Golf, before being hired as a framer at his grandfather’s company, R.W. Palmer Construction, starting in 2000.

It wasn’t until he landed at Penrose Hospital as a groundskeeper, however, that Tracy’s career path began to take shape.

At the encouragement of Putzstuck, in 2006 Tracy began taking classes at Pikes Peak Community College. Over the next two years, he earned numerous commercial and residential certifications in facilities maintenance technology, along with an associate of arts and sciences degree and became a facilities technician.

Through it all, Tracy has used his newfound knowledge to rise through the Centura ranks from facilities technician and refrigeration HVACR specialist to supervisor of facilities and manager of plant operations, before earning his most recent promotion last year.

“Sometimes it’s the encouragement from that one person who can see the potential in you that perhaps you didn’t see in yourself,” Tracy reflects. “It’s made all the difference.”

A crowning achievement for him was joining the team at St. Francis Hospital in Colorado Springs on a $102 million 168,000-square-foot expansion in 2018. The project involved a neonatal intensive care unit (NICU), a surgical suite and a 52-bed emergency department.

“I’m not able to provide patient care, but it feels really good to be helping out people indirectly,” he says.

Part of his satisfaction stems from solving everyday challenges on-the-fly. With the scope of the 53-bed hospital in Castle Rock, his team of 20 works quietly behind the scenes constructing spaces, adjusting temperatures, repairing leaks and fixing lighting.

Tracy admits it’s a job loaded with pressure. After all, hospitals never close and problems need to be fixed quickly in order to ensure the best possible care and comfort for patients.

“People don’t realize how big a role we play until something breaks down,” Tracy says. “If you lose power, heating or cooling you have to stay calm and rational. In an emergency situation you cannot panic or apply additional pressure to staff. People in facilities are good at what they do; you have to trust them to work through the problem.”

Indeed, if anyone knows how quiet encouragement can go a long way toward ensuring future success, it’s him. 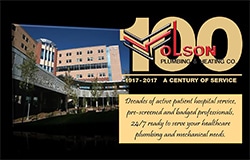