It’s not like adding a wing to an apartment complex or hotel. So, muses Sean Tracy about the ongoing modernization he oversees at Castle Rock Adventist Hospital in Colorado.

Last year, this community hospital run by Centura Health in the town of Castle Rock added 36 beds for post-surgical patients on a shelled out fourth floor, bringing the total beds to 90. This year, Tracy’s facilities team has undertaken a couple more projects: emergency department expansion and ground-up construction of another medical office building that’ll include two operating rooms, two rooms for minor procedures and, eventually, an addition for the community’s first cancer treatment. 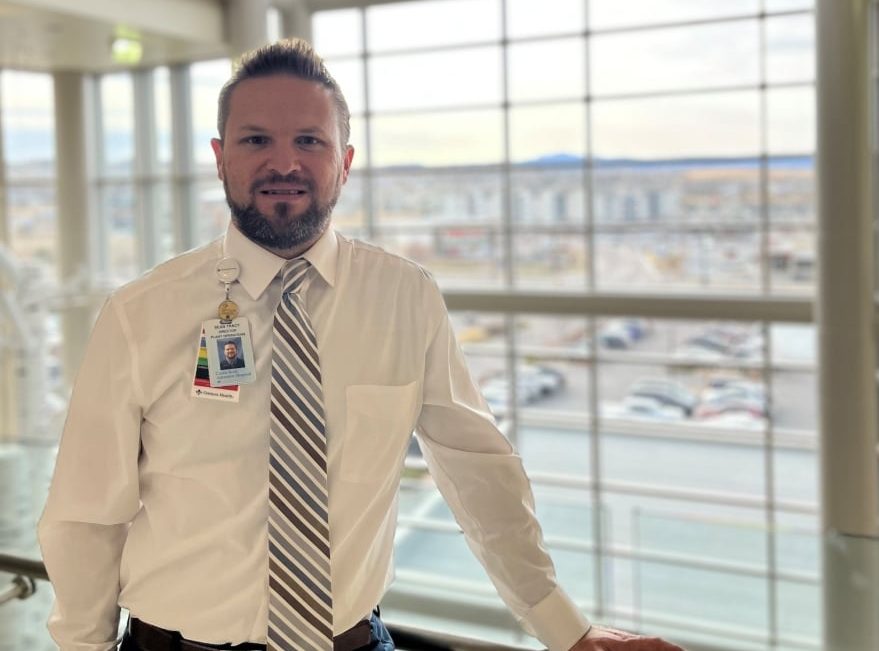 “The most important part is not disrupting any patient care in the surrounding area and protecting patients from any hazards of the construction process,” Tracy tells Blueprint in November. “It takes a lot of coordination and detailed design.”

He’s done that in the emergency department with hard wall or plastic barriers separating construction areas from treatment rooms, and negative air flow machines to protect patients from hospital-acquired infections. Each of the five new emergency department rooms also must adhere to regulations that include sufficient clearance around beds, a doorway with ample access and safety protocols for medical gases.

“When you’re building an apartment, you’re not taking someone’s life in your hands,” Tracy says. “You are here.”

The pandemic merely served as a reminder that the hospital was overdue for upgrades starting with the emergency department, Tracy goes on to say. This part of Colorado is, after all, part of the booming Denver-Aurora-Lakewood metropolitan area, and its influx of newcomers appreciate healthcare options here instead of in Denver 30 miles to the north or Colorado Springs a longer distance to the south.

“We’ve got to accommodate our community as best as possible and offer the best service and experience,” he says. “As they grow, we must grow.”

With Tracy’s oversight, the hospital has made much progress, including last year’s fourth-floor renovation and bed expansion that consumed two years of planning and cost $14 million.

The expanded emergency department and new office building should be functional by early 2023. Wait times in ER have been increasing, Tracy says, and there’s also been growing demand for surgical procedures. They’ll soon be able to shift outpatient surgeries here and handle more volume of orthopedic procedures as well. Perhaps most exciting will be the hospital’s first cancer department.

“Adding this will open a new service line for us to be better able to serve our community,” Tracy says. “These patients are going through hard times, and we want to accommodate them in the easiest and most efficient way possible.”

Logistics and practical considerations have posed challenges, Tracy noting that much of this expansion effort has coincided with a pandemic that would stress any entity, especially one entrusted with combatting the virus.

While he says construction has generally proceeded, some of the most critical items continue to be both expensive and in short supply. Almost anything involved with construction has been late in arriving and that includes HVAC and roof units. Same goes for card readers and cameras with microprocessors needed for security. 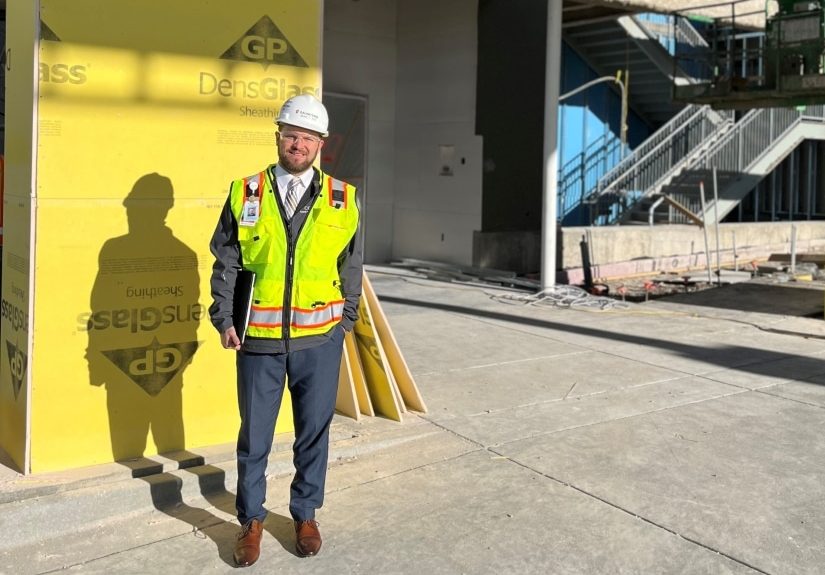 “The earlier you can anticipate a need and get in front of it, the better,” Tracy says. “We’ve been getting by with alternative materials or arrangements with different vendors.”

Plans also have been put on the backburner for an expanded intensive-care unit. Though it had been on the hospital’s wish list, Tracy says that emergency department and surgical units had to take precedent. In time, Tracy expects to proceed with ICU expansion as he’s handled so many other projects since starting his Centura career as a groundskeeper at Penrose Hospital in 2004 in Colorado Springs.

Learning from ground up

Back then being a groundskeeper was as close to working in a hospital as he wanted to get. The then 20-year-old high school graduate, like so many people, just didn’t feel comfortable inside a facility filled with ailing patients. Then one of his facility-directing predecessors, Nick Putzstuck, convinced the young Tracy he had mechanical and technological aptitude much in demand.

So, Tracy earned his credentials at Pikes Peak State College in facilities maintenance technology, HVAC and refrigeration, and in 2007 commenced. He acquitted himself in a series of positions at another Centura institution, St. Francis Hospital in Colorado Springs, and in April 2019 became facilities director at Castle Rock Adventist Hospital. Along the way he earned a BA in applied science and healthcare administration at Colorado State University Global and is on his way to a master’s degree.

And working inside a hospital has become something the now 39-year-old Tracy has long since found fulfilling. Under his wing are 45 people who maintain the grounds, keep the mechanics humming, ensure cleanliness and environmental services and, of course, have a hand in infrastructural upgrades. 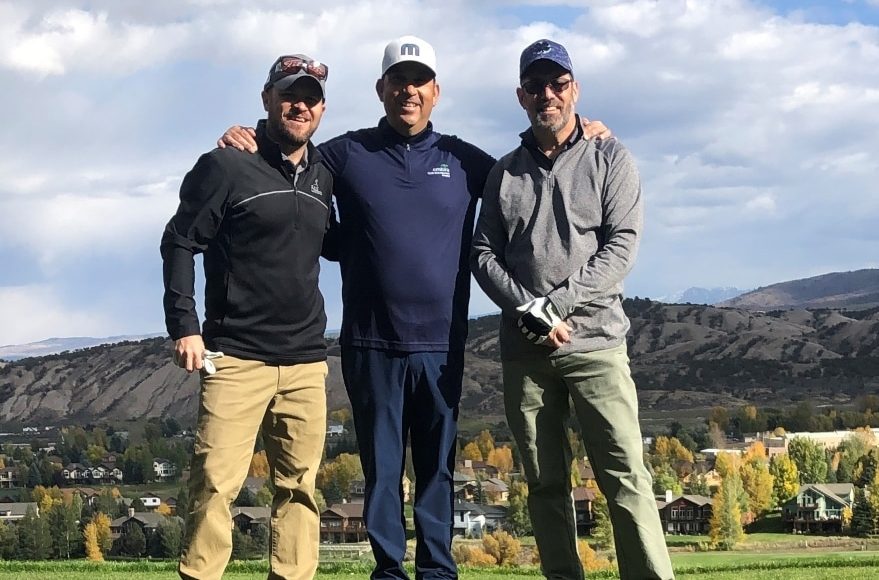 It’s been a wild ride,” he says. “There I was, two years out of high school and not knowing what I wanted to do. So, I took this entry-level job and thanks to some really great leaders who pushed me to take the next step, here I am.”

How the responsibilities have grown, he says, noting the increased need for security. There’s been a national trend of nurses being assaulted by mentally unstable or intoxicated patients, which has Centura contracting security with a third party whose employees—many being veterans or former police officers—are versed in de-escalation and physical restraints.

“Nurture their talent and give them room to grow,” he says. “Trust but verify and watch closely without micromanaging.” 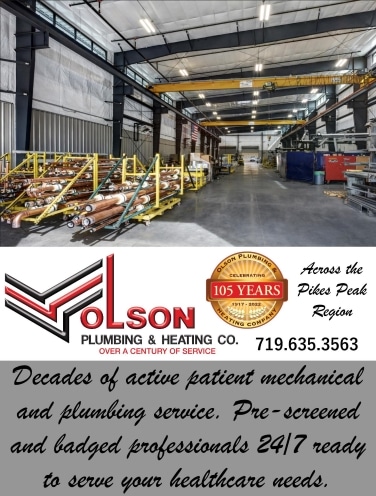