Scott Zellmer doesn’t like to waste space. But, with gymnasiums, theaters and event halls, schools often have large areas that are only used some of the time. The director of facilities and operations at Weber School District is working on creative ways to address this.

With a few new schools being built in the district, Zellmer has helped design multi-use spaces with foldaway desks and movable walls that allow for more flexibility and less waste. 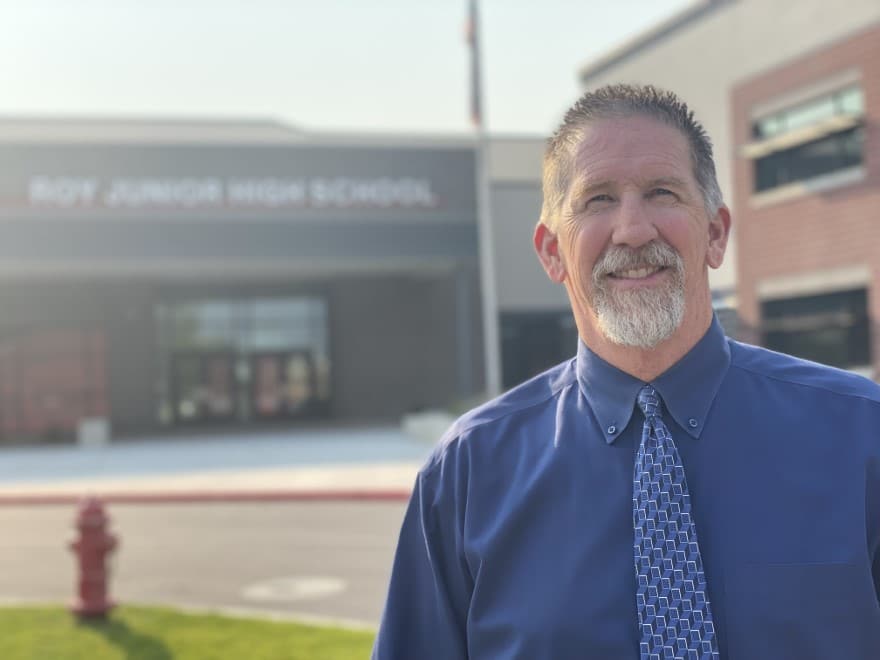 “Separately, the spaces might sit empty a lot, but combining them ensures that square footage is used more often and more effectively,” he says. “We really wanted to think carefully about every inch of the schools, so taxpayers get the most bang for their buck and students have a modern, 21st century learning institution.”

Weber School District, located in Weber County, Utah, has over 40 schools serving 33,000 students. According to Zellmer, the population is growing, and new schools are needed to accommodate the influx of students.

He’s in the early stages of developing three new schools, which are expected to open in August 2024, and rebuilding an existing elementary school. The four projects are dependent on a $279 million bond that will be voted on in November 2021.

Two of the new schools—a junior high and elementary—will be built using designs used for other schools in the district which have a lot of collaborative space. Zellmer says it’s more efficient and cost effective to build, and maintain, four or five of the same school.

The other new school—a high school—will be built from a new design. In the planning stage, many large areas were proposed, including a lecture hall, a gymnasium, an event space and a theater. To include them all while being conscious of cost and space, Zellmer and his team decided on two large spaces, each with multiple purposes. 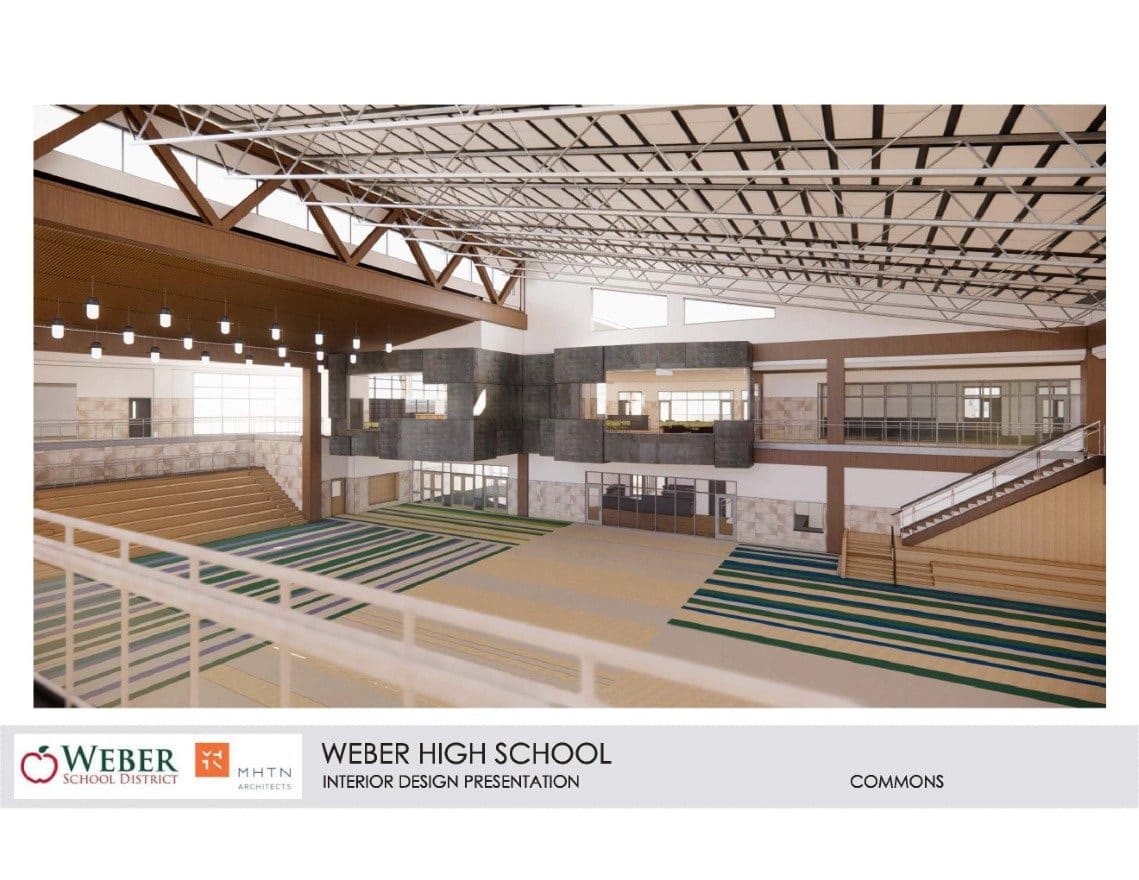 The first is a 3,500-square-foot multi-purpose space which can be used for classes or to accommodate large groups of students for lectures or guest speakers. It will have a pull-out wall of seating with 250 chairs, as well as sliding glass doors leading to the main common area that can be opened or closed depending on how much space is needed. This space will also be used as a banquet and event hall.

The theater will also be multi-purpose and was designed for intimate performances as well as large ones. It will have 500 permanent seats, behind which will be a movable wall. When pushed back, additional seating can be added to the area. With the wall in place, though, the empty half will be used daily as a large dance classroom.

The elementary school, built in 1957, will be torn down in phases so students can continue using it during construction. According to Zellmer, mobile units will be brought on site to accommodate the lost classroom space.

The new school, also covered in the upcoming bond, will be larger than the existing one and has required the district to buy five nearby houses that it plans to tear down. In the new school, each grade will have its own wing with four classrooms in each. There will be movable walls in each classroom that open to a large collaborative space so the students can easily interact and work on projects together.

Security has been a priority in the design process, Zellmer says. In addition to all external entrances being locked, each wing will have its own locked doorway as well.

“I always say that we need to do the best we can for kids without wasting money on unnecessary features just because they look good,” he says.

Zellmer started with Weber School District in 1992 as a high school special education  teacher before becoming an elementary school principal. In fact, he used to be principal of the school he’s rebuilding.

While he loved his work, he says after being a principal for 17 years, most of the questions he addressed were similar, if not the same. When the district offered him his current role in 2016, he was excited for the new challenge. 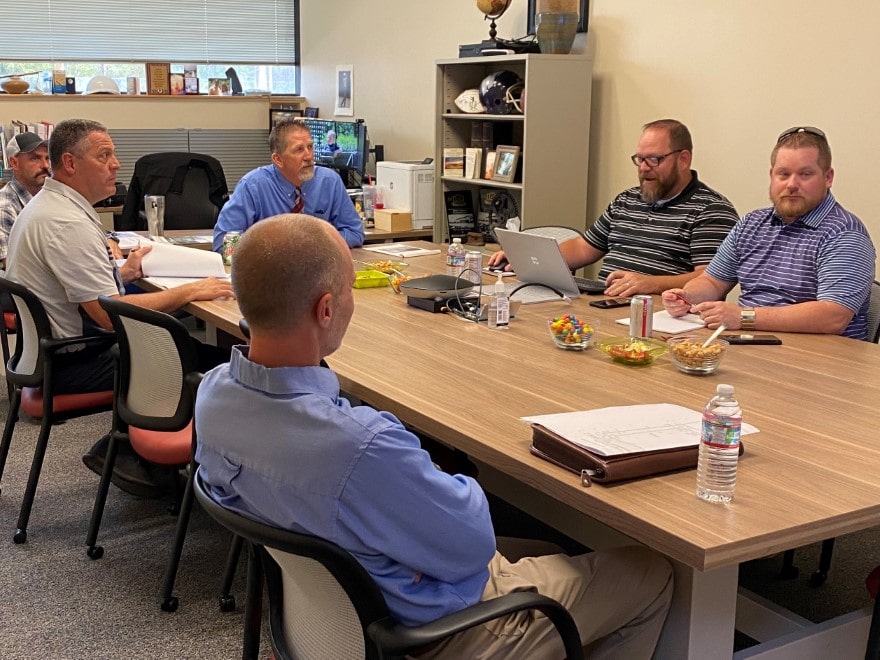 “My job is not to have all the answers,” Zellmer says. “It’s to have all the questions. I make sure to always question how the work we’re doing adds academic value for students.”

He says he appreciates the support district leaders have given him to do the job well and that they’ve always allowed him to try new ideas, such as the multi-use spaces. He says he likes making decisions that will impact students for decades to come.

“As a former principal, I’m used to being in pressure situations,” Zellmer says. “In facilities, a 20-second decision can impact the next 70 years of a building. Being part of that creative process is fulfilling, but seeing kids actually use what I helped envision is the most rewarding thing.” 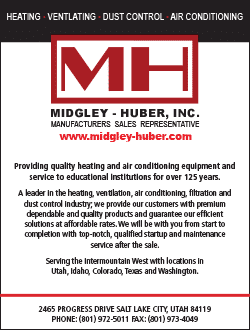