Familiar feel to the foundation for bank’s growth

There’s a rustic sense to Emprise Bank’s newest commercial lending office. This one is a remodeled second-story flat above a restaurant in the historic Crossroads Arts District, just south of Downtown Loop and north of Crown Center in Kansas City, Missouri.

It’s a lively neighborhood of former warehouses and industrial buildings where coffeehouses, brew pubs, ethic restaurants and art galleries now thrive along with professional offices. Emprise Bank seems an ideal fit, its open-concept interior a mix of brick and wood with big glass windows offering a panoramic view of the hustle and bustle below. Exposed beams and pillars dovetail with modern conveniences and technologies. 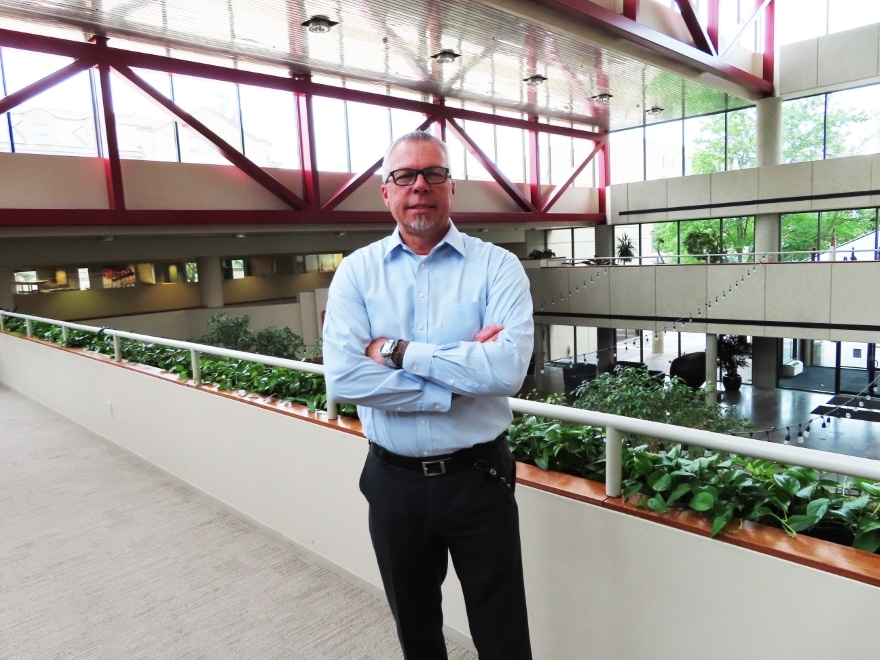 While processing business loans is the primary purpose of this office, it also makes for a hospitality and entertaining venue that should prove valuable in attracting Emprise Bank’s clientele of companies, ranging from startup to midsized. Just as important, it should foster community relationships. Aside from four workstations and a conference room, there are two seating areas for extracurricular events and some of the finest local artwork on display.

Getting these amenities in place was no small doing, says Scott Shirkey, who became Emprise Bank’s vice president for facilities management in September 2019, just in time to take charge of this project. Even with COVID-19’s onset, he says the Crossroads work proceeded on schedule with the hired hands duly safeguarded.

“We introduced social distancing pre-COVID,” Shirkey tells Blueprint from Emprise Bank headquarters in Wichita, Kansas, this past April. “We had an outbreak of influenza in the downtown office and implemented some precautionary measures. Then we had the CDC guidelines to follow as well.”

Those rules from the Centers for Disease Control and Prevention largely complemented the preexisting measures, Shirkey ensuring that HVAC ionizers, electrostatic cleaners, and personal protective equipment were on-site and the floors marked with social distancing signs. That project having wrapped up early this year, much of his focus has been around 185 miles north of Kansas City, where Emprise Bank is expanding into Omaha, Nebraska.

Greater Omaha seen as a land of opportunity for this community bank with over 35 Kansas outlets, framing for the ground-up was done in April with completion anticipated by late this year. The Omaha branch won’t have the rustic charm of the one at Crossroads, Shirkey says, explaining that more modern aesthetics fit the neighborhood in Nebraska’s largest city. Travel restrictions now eased, he’ll be glad to oversee the work in person. 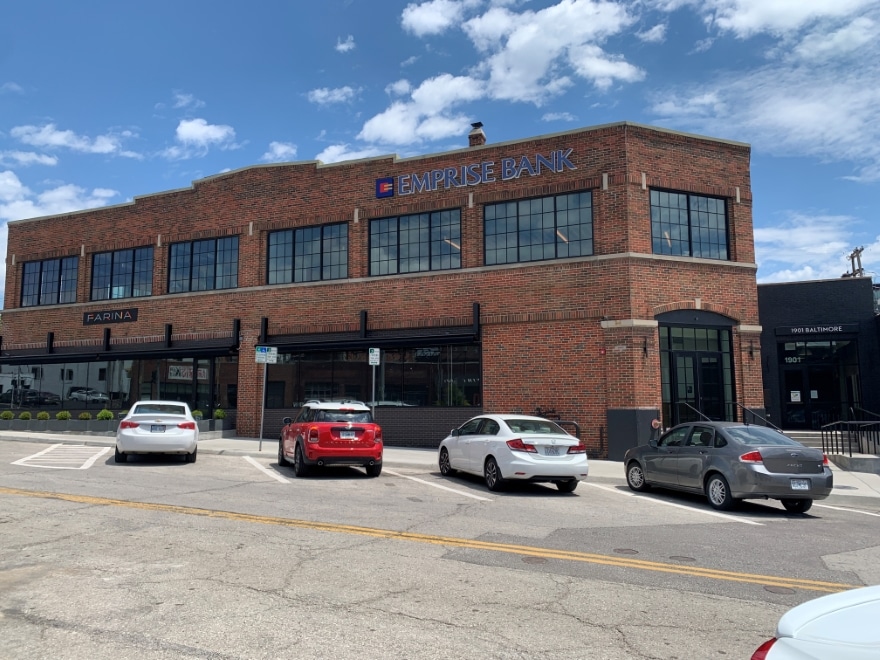 “I always like to stay hands-on and boots on the ground,” he says. “It’s always good to be face-to-face with contractors and build rapport.”

Some branches are on leased properties whose negotiations Shirkey handles. While Emprise Bank has a maintenance department, much of the upkeep outside of Wichita is outsourced. But big as this bank may get, he says it retains the community mom-and-pop feel that made him a customer long before he joined the team.

“I had banked at Emprise for years before I worked here and always appreciated the mood and attitude,” he says. “When the position was available, I had the right background in project management.”

A way with mechanics

Shirkey brought more than 20 years of it to Emprise Bank when he left his previous post of a decade as operations manager for another Wichita operation, the motorcycle servicer V-Twin Specialties. A cyclist himself, who had worked for a similar company called Big Dog Motorcycles, he says those roles have been as beneficial as any in formulating the critical thinking necessary to be a facilities manager.

Shirkey’s always been the mechanical sort, certified as a project management professional by Wichita State University and honing his skills in diverse industries in and around Kansas’ largest city. From 1996 to 2003 he coordinated projects at Bombardier Aerospace, a Canadian-based manufacturer of business jets. Big Dog followed, then came a year-and-a-half as a program manager at Kaman Composites, then V-Twin and, finally, Emprise. 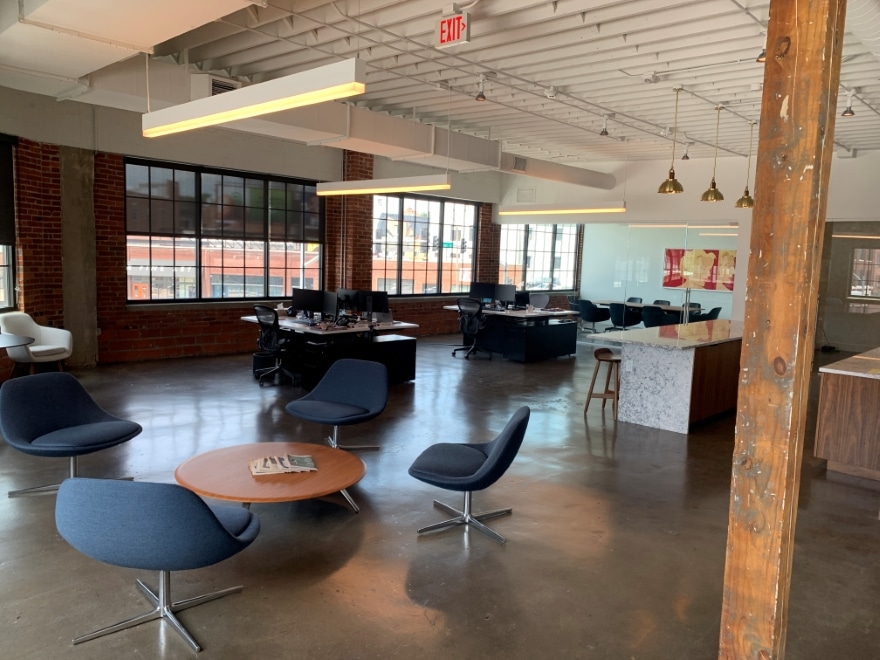 A father of six and grandfather of 11, the 54-year-old Shirkey has a robust family life to keep him busy. He enjoys spending time with the grandkids and trying to make Las Vegas Raiders fans out of them—not always successfully.

“I catch a lot of grief over that,” he notes with good humor, those erstwhile Oakland Raiders being blood rivals to the Kansas City Chiefs since their early years in the American Football League.

His favorite football team notwithstanding, Shirkey has done more than his share of good deeds to make others overlook whom he roots for on autumn Sundays. A noble at the Midian Shrine Center in Wichita, he’s volunteering his sweat and time for a new Shrine center and raising money for Shriners Hospitals.

With his experience including banks and airplanes, he’s got much to contribute. When the Shrine center is complete, he will experience the same satisfaction he’ll get when the Omaha bank opens its doors. It might be what he likes best about any facet of the construction process—the satisfaction it offers when something tangible is standing and ready for use.

“I like to see something from nothing and the feeling of accomplishment,” Shirkey says. “It’s like seeing the future, and it’s the same with remodeling a building. It’s taking something that’s dated and giving it a new use.” 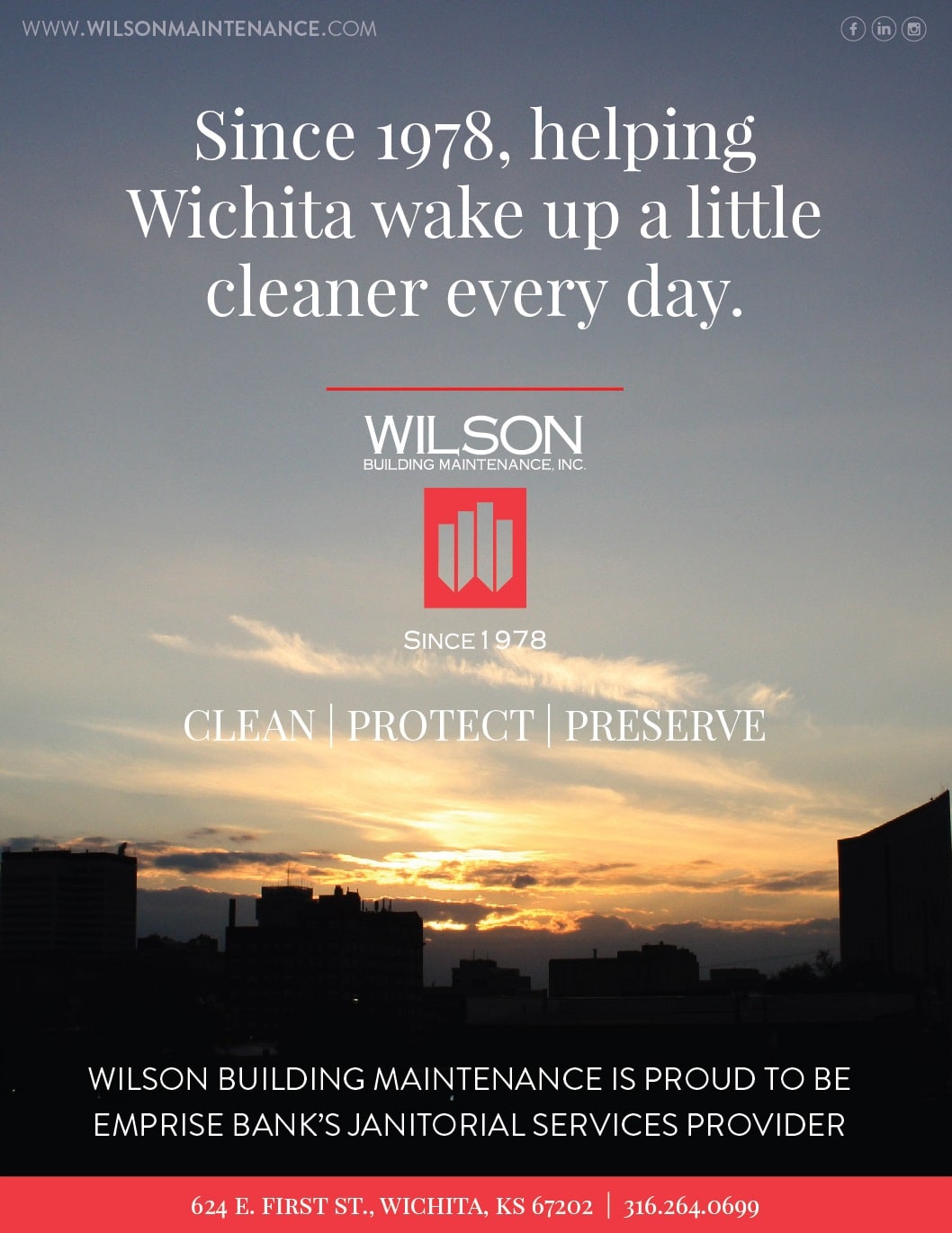 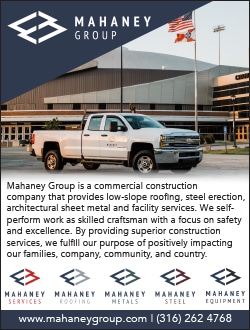