There’s a hub for the senior set taking shape in Harrisonburg, Virginia. Though development at the Virginia Mennonite Retirement Community has slowed since COVID-19’s onset, come August, four new townhomes are expected to be ready for occupancy.

Constructed along the lines of a well-received townhouse quad completed in 2018, the units are already spoken for. High ceilings, lofts, gourmet kitchens and independent living are among the amenities that appeal to the arriving 60- and 70-somethings as they downsize. They’ll have other living options at this sprawling complex in the scenic Shenandoah Valley as they age, including smaller apartments, assisted living, skilled nursing and memory care.

In November, a new set of duplexes will also welcome dwellers, one already sold. Under optimal conditions, those duplexes would have been ready by early fall and the townhomes in June. But as Scott Kleist tells Blueprint in late spring, these have not been optimal conditions. 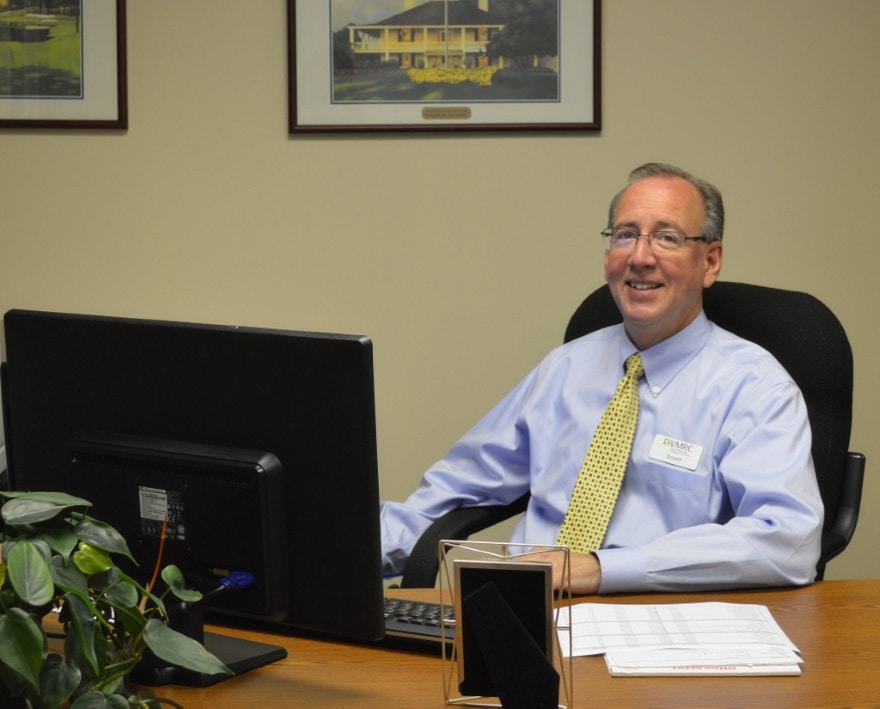 “The biggest challenge now is securing building materials,” explains Kleist, who’s been VMRC’s vice president of technology and facilities since 2013. “Garage doors, cabinetry, appliances—we’ve been having holdups on all these materials and more.”

He’s also been dealing with increased costs that have caused him to hit the pause button on other expansion. It’ll resume as economics allow, the intent being not just to enhance on-site living but to make VMRC more integral to the community.

“We do have a strategic vision to make this a destination hub,” Kleist says. “Around 2016, we determined we wanted more people here, not just to live but to interact more. This being a growth region with several area colleges, the opportunities are here.”

But putting up the walls is just part of the process. VMRC also counts on Kleist to employ modern technology and not for technology’s sake alone. These residents, not being your grandparents’ grandparents, expected the wonders of the wired world even before a pandemic made it so essential.

He is overseeing so-called smart home accessories that include voice-activated lighting and HVAC units and thermostats that enable a comfortable, easier lifestyle. Pre-pandemic, he recognized how residents were bringing their own devices into their new homes, and his crew kept pace with expanded Wi-Fi and bandwidth. Such foresight factored greatly with Facetiming and other virtual interaction since March 2020.

“COVID boosted the need for online capability,” he says. “Fortunately, we had pre-prepared and had the strategies in place. We stayed ahead of their needs.” 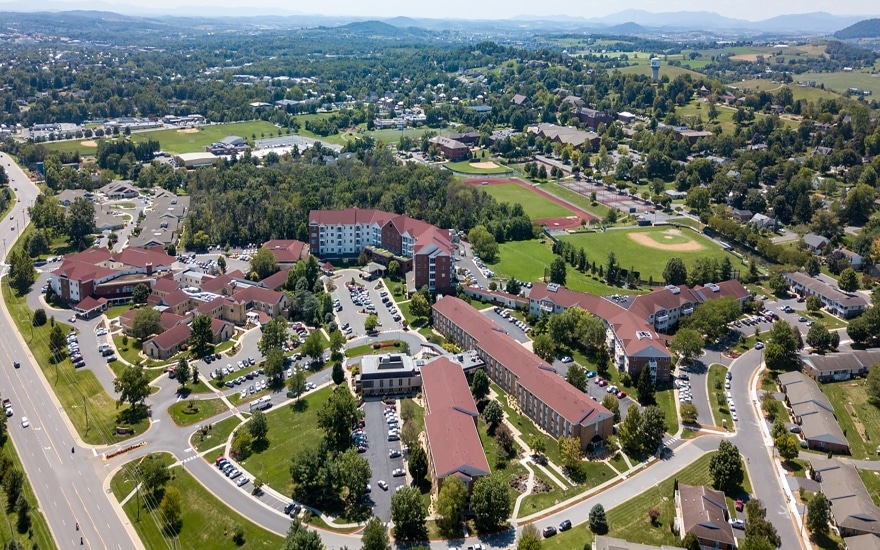 Aerial View of the 46-acre VMRC Campus in Harrisonburg, VA

With many residents also focused on sustainability, Kleist has installed solar panels, as well as charging stations for electronic vehicles. It’s still a matter of choice, but the more technology that’s made available, the more the residents desire it.

And on the less-technological sustainability side, VMRC owns a 40-acre farm a half-mile away where residents can plant and harvest produce and tend to a herd of goats.

Both farm and technology should strengthen ties between VMRC and the greater Harrisonburg community, Kleist hopes, particularly institutions that include James Madison University and Eastern Mennonite University. Before COVID-19, he says there was much momentum on this front, and everyone believes it can be reharnessed.

For him, doing so is all part of the somewhat unusual dual role he has as overseer of technologies and facilities.

Upon arriving here in 2013, after almost 15 years of owning Pronet Information Technology in Georgia, Kleist focused on the wired aspect. Recognizing how that was growing in importance, CEO Judith Trumbo decided VMRC needed more technological presence on the executive team and upgraded Kleist’s letterhead to that of vice president.

“Things evolved and I started playing a greater role in project management,” he recalls. “I moved into construction and renovation, and when a vice president retired, I took over facilities.”

Kind of a battlefield promotion, he acknowledges, but one that made sense, as lines between facilities and technology continue to blur. A boss in either division would be well-advised to learn about the other, says Kleist, who did just that.

So he’s facilitating VMRC’s ambitious plan to attract out-of-state seniors, as well as traditional clientele from within a 100-mile radius. 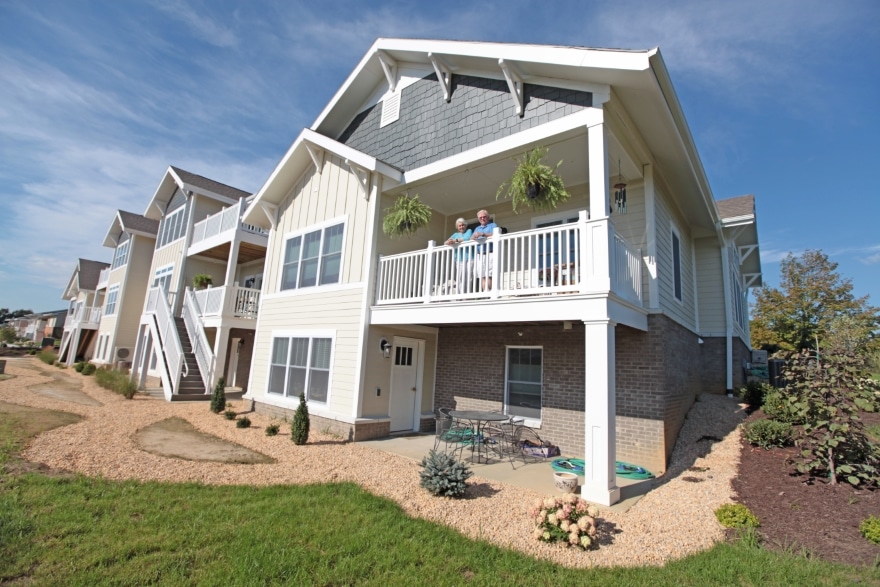 There’s reason aplenty to spend one’s golden years here Kleist says, noting the splendor of the Blue Ridge and Massanutten mountain backdrop, the lively city of Harrisonburg and the region enjoying four defined, but not extreme, seasons. For those wanting to live at VMRC, there’s an entry fee and monthly dues. Should they opt to leave, generally a portion of the entry fee is returned based on terms of each resident’s contract. But there being a continuum of care, residents tend to stay long term.

And Kleist and his wife enjoy Harrisonburg and the opportunities it presents for their extracurricular activities. An accomplished pianist and formerly a minister of music, he chairs the local board of Habitat for Humanity, his skill set put to good use in providing housing for low-income families.

Though he’ll have to manage his time as construction picks up for his day job with the worst of the pandemic hopefully behind. After all, Kleist’s got more than just a retirement community to advance; it’s a destination hub in the making.

“We had lots of momentum pre-COVID,” he says. “We had to tap the brakes, but we’re getting our steam back.” 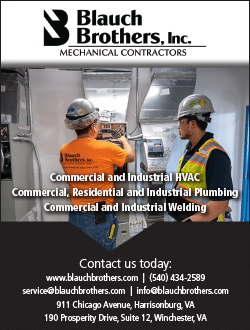 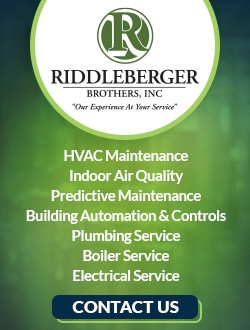 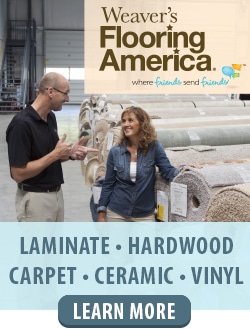