Those adhesive medicated patches and films can be quite the comforter, bringing relief to chronic pain, opioid addiction and Parkinson’s, to name just a few conditions. But while simple in appearance, so-called oral thin films and transdermal delivery systems are quite intricate, each a complex dosage delivery system that requires a sophisticated and robust manufacturing process, facilities and equipment.

With demand for these products steadily rising, Scott Hoyt helps keep the production lines humming safely and efficiently. He’s served as director of facilities, maintenance and safety, and all-around problem solver since he joined Tapemark, located in St. Paul, Minnesota, in February 2019. 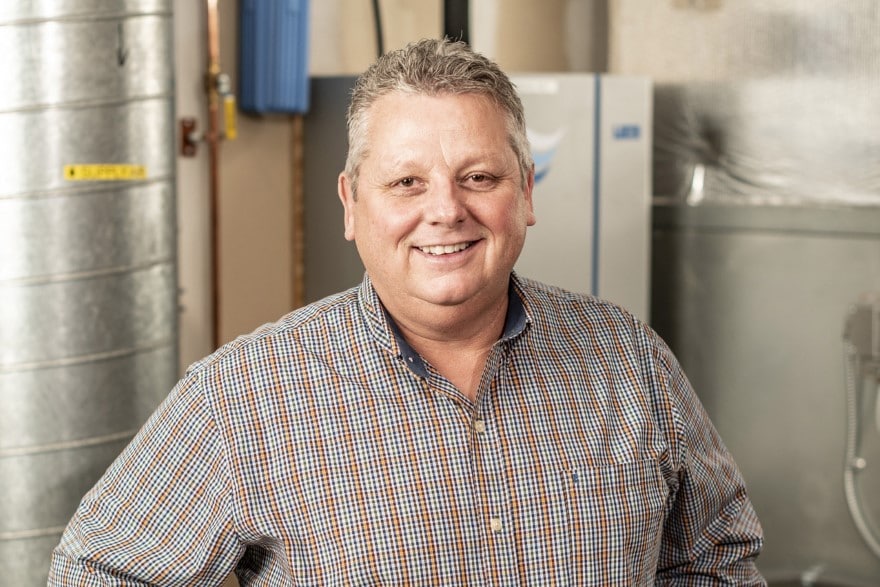 Throughout his career, he’s led teams responsible for all facility and equipment related activities, ranging from small projects to multimillion-dollar production and facility initiatives, and now oversees a major expansion. It’s in the design phase, but in early 2022 Hoyt expects to break ground on an addition adding 8,000 square feet of clean-room and “creature comfort” space where employees can meet and enjoy breaks.

It’s quite the intricate process fashioning any facility to be a contract manufacturer for such life science heavyweights as Pfizer, Johnson & Johnson, and Merck, Hoyt tells Blueprint in November. The clean-room construction that he oversees entails redundant quality-control and security measures that must pass muster with the U.S. Food and Drug Administration, Drug Enforcement Administration and other regulatory bodies. 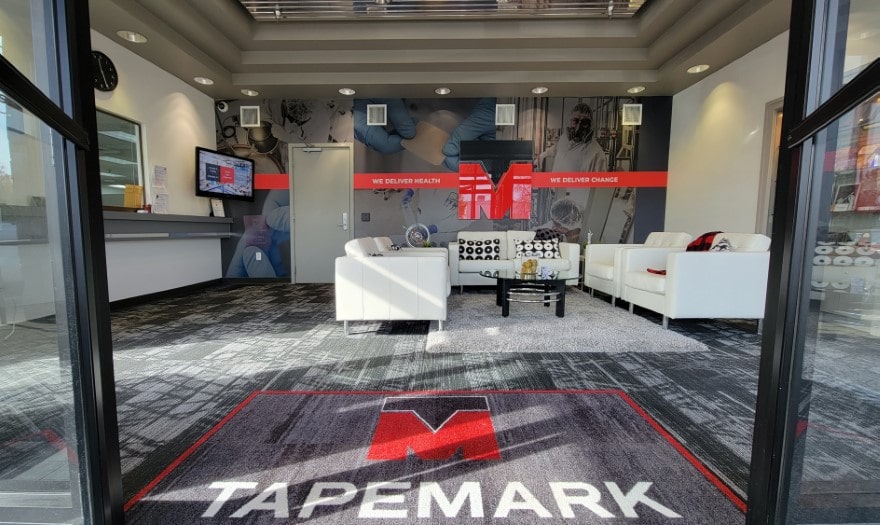 Often, the means to control interior temperature, humidity and room pressure must be reliable and precise. Increasingly sophisticated air handlers, boilers and chillers are being installed along with the tools to immediately address malfunctions. Physical security is equally important, as the facility environments and must have a full security system to provide safe storage of active pharmaceutical ingredients—API—that include controlled and potentially dangerous substances.

“The most important thing in my role, or anyone in the manufacturing of pharmaceuticals, is making sure we are sending quality products out the door to our customers,” Hoyt explains in November. “We are all here to support the manufacturing area.”

A veteran of around 25 years in healthcare facilities maintenance and safety, Hoyt oversees around 10 staffers. Those entrusted with facility and equipment maintenance typically have a two-year degree in some trade.

While Hoyt isn’t a mechanical engineer per se, he’s garnered much experience on the job with several companies. “I take pride in being able to see the bigger picture and use my knowledge and experience to lead the team in meeting key organizational objectives,” he says. 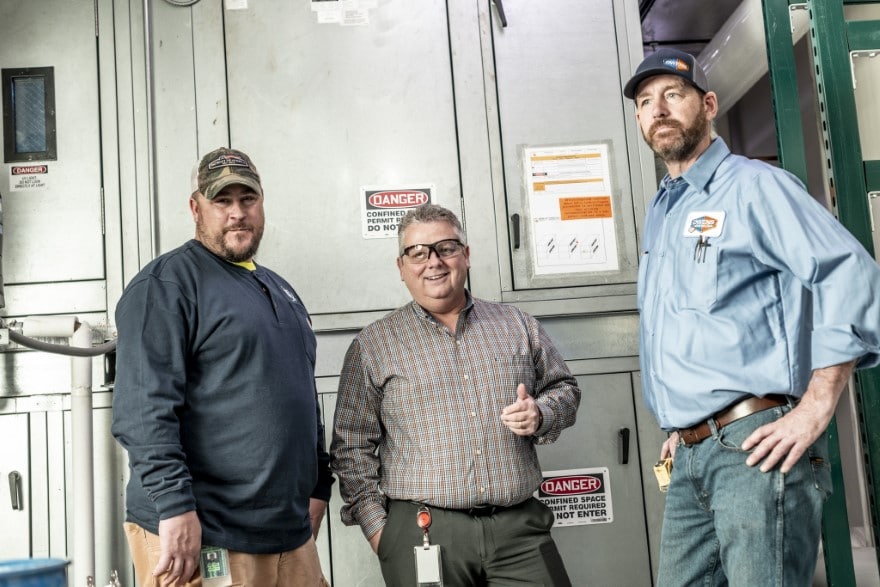 But even after a quarter-century of fine-tuning and maintaining pharmaceutical facilities, Hoyt says he’s yet to experience a typical day—and the responsibilities become more complex as the industry evolves. Tapemark is in full growth mode, he says, noting the 22 products in various states of the launching process, and the 82 that have gone on the market in the last 20 years.

“When I first got here, it was all about looking at what needed to be addressed right away,” he recalls. “Now that these longer lead times [for construction materials and equipment] are showing, we definitely need to have our finger on the pulse.”

Other challenges include addressing equipment that is at the end of its life cycle and balancing desired vs. necessary upgrades to ensure business continuity. This includes updating legacy equipment such as air handlers, boilers and chillers. With proper planning, Hoyt expects the upgrades can proceed with minimal disruptions.

“You have to always be looking at these kinds of things,” he says. “What’s the lifespan of equipment? Has it been maintained over the years? Can we push it a little longer or does it need immediate replacement?”

His skills in demand 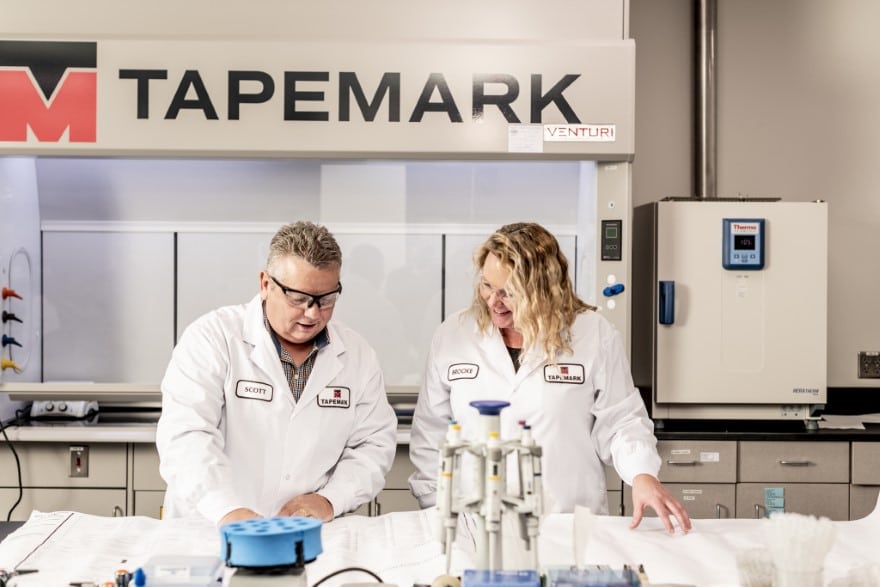 Having spent essentially his whole career in this industry, Hoyt’s well positioned to anticipate needs. He literally learned his profession from the ground up, starting off as warehouse supervisor at CIMA Labs Inc. in 1996 and ascending to manager of engineering, facilities and security by the early 2010s.

By then, CIMA had been acquired by Cephalon Inc., which subsequently was absorbed by TEVA. Initially that was advantageous for Hoyt, as he was promoted to North American global director of facilities, but in 2017 TEVA’s downsizing included closure of its Minnesota office, which had Hoyt looking for work, but not for long.

“Networking saved me,” he says. “I knew a lot of people in the industry and was talking with a former colleague that worked at Tapemark who didn’t know I was looking for a new role. Three weeks later I was working there.”

And it’s been the right fit, with Tapemark having been a solid corporate citizen in the Twin Cities for around 70 years and now in what Hoyt calls its most exciting phase. Through planning and investment, he says the company is now a one-stop shop for pharmaceutical manufacturing of oral thin films and transdermal delivery systems

“Not a lot of companies can do what we do,” he says. “There’s something very gratifying about seeing something on paper come to fruition. Getting to be part of the recent growth Tapemark is experiencing has been very rewarding.” 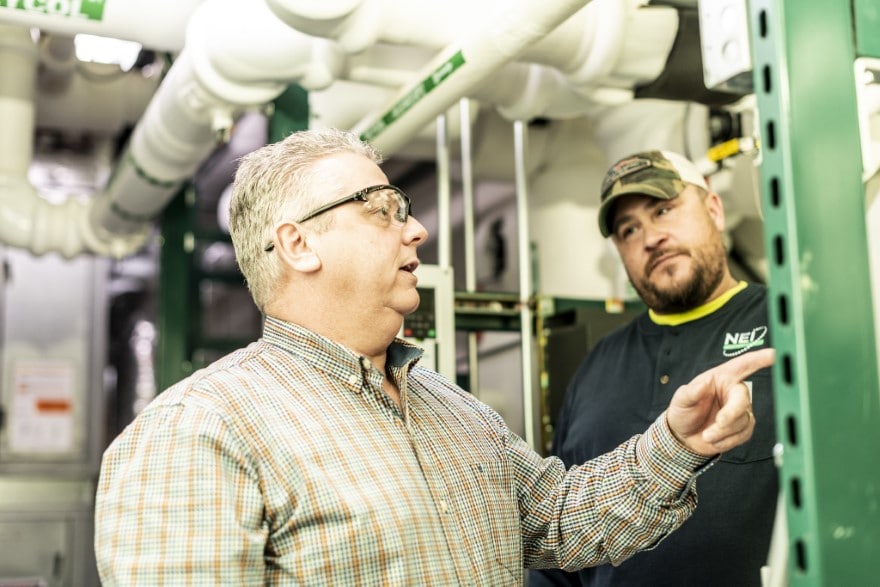 There’s also opportunity for fun, with Hoyt serving on the board of directors for the Tapemark PGA Pro-Am golf tournament, which is held each summer in Minnesota to support charities that serve the developmentally disabled. A self-described hacker, Hoyt doesn’t play much golf but applies his problem-solving skills to ensure a good time is had by all.

The Minnesota lifestyle also appeals to him, this being the so-called land of 10,000 lakes, some of which are his favorite fishing spots. He’s been looking to enhance his hunting skills, but when he spoke with Blueprint, deer season was nearing the homestretch, and Hoyt’s work schedule allowed for little time outdoors.

But that didn’t mean he’d be going without venison this winter.

“My two daughters got their deer,” he says with a laugh. “That’ll keep the fridge full.” 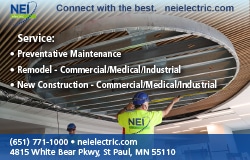