In rebuild of recreations centers at UW-M, accessibility is central

In 2013, when students at the University of Wisconsin-Madison said they needed better recreation centers and a plan to improve the overall health and wellbeing of campus, administrators knew they were right.

The two centers on campus were decades old and hadn’t been upgraded in years. In addition to being small and not having expected amenities, like air conditioning or windows, they also weren’t accessible for students in wheelchairs or with disabilities.

“The facilities were deficient, which didn’t reflect our culture or mission,” says Sadat Khan, the senior associate director of facility planning and operations. 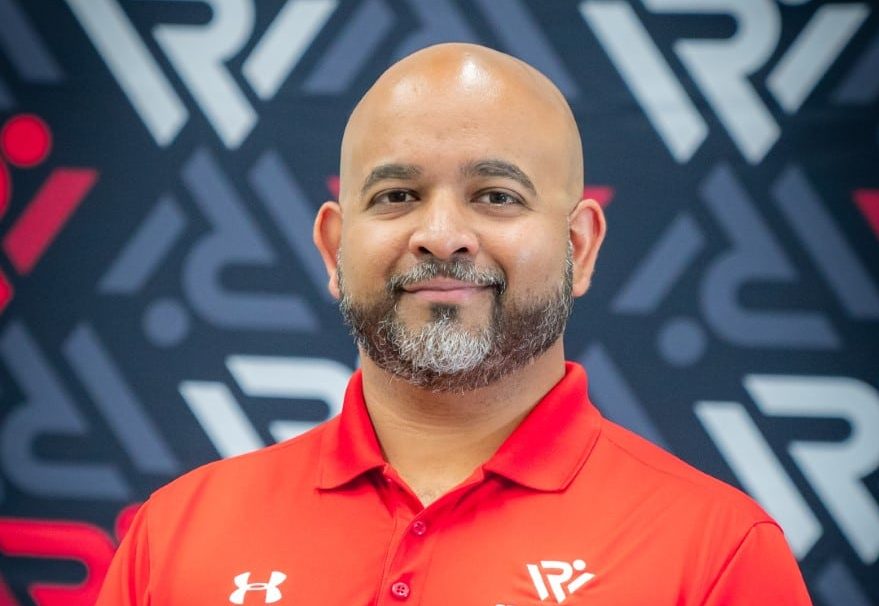 The university hired a firm to complete a recreation facility master plan study with student input. The $236 million project was overwhelmingly approved through a student referendum in March 2014. The master plan, which is still ongoing, includes demolishing the existing rec centers and building two new ones, and creating two turf fields.

Khan says the updated facilities are on par with, and in some ways more modern than, those of similar-sized colleges. He adds that the new rec centers will allow the university’s 45,000 students, as well as faculty, staff and community members, to focus on all aspects of their well-being.

“If you’re coming to the facilities on a regular basis, our hope is that you’re not only improving your physical health, but that your mental health is positively affected, too,” Khan says. “And we hope that by being more accessible and inclusive, students feel safer and more welcome in these spaces.”

A space for all

The project started with the demolition of a 1983 rec center, which has been replaced by the Nicholas Recreation Center that opened in September 2020. The 240,000-square-foot facility has eight basketball courts, five fitness studios, an indoor jogging track and a 50-meter competition pool.

The pool is nine feet deep, which creates a “fast” pool for swimming and diving competitions, but Khan says a moveable floor is being installed so it can be used for recreational swimming, as well as for youth and for swimming classes, which require a shallower depth. A company from the Netherlands will install it next spring. “We want to make our pool as accessible and inclusive as possible,” Khan says.

Both are themes throughout the facility, starting with an accessible ramp inside the entrance. The previous building had stairs leading into the building, which Khan says didn’t accommodate all users. Indoors, the building has elevators right next to the main staircase.

The Nicholas Recreation Center was also designed to be wide enough for wheelchairs to easily navigate through doorways, hallways and in workout areas. It also has single stall, gender-neutral bathrooms, showers and changing rooms.

While the rec center was open at limited capacity last school year because of the COVID-19 pandemic, it’s open at full capacity this year and saw 120,000 “swipe-ins” in the first month of this school year.

“To deliver this facility that we consider state-of-the-art while also having a neighborhood feel where people can easily come together has been great,” Khan says. “When students first saw it last year, their minds were blown.”

The second rec center, which was built in 1963, was demolished last year and the new one is currently under construction. The 270,000-square-foot Bakke Recreation and Wellbeing Center replacing it is expected to open in 2023.

Like the Nicholas Recreation Center, it will have eight basketball courts, a jogging track, a pool and fitness studios. It will have different amenities, though, such as an indoor ice rink, sports simulators so people can play virtual golf and lacrosse, a bouldering and climbing wall, and a teaching kitchen where students can learn how to cook healthy meals. M ental health will be a larger focus in the Bakke center, Khan says, with 5,000 square feet dedicated to it. This includes studios for yoga, meditation and massages, as well as a nap pod room where students can sleep or relax. There will also be peer counseling services, which will be staffed by certified students, for students who don’t want to seek traditional therapy.

The rec center will have an all-gender locker area that will be wide open with no doors so all users feel welcome. Within the locker room there will be single stall bathrooms, showers and changing rooms.

In addition to overseeing the facilities, Khan is responsible for staffing them and ensuring they operate smoothly.

“These are amazing state-of-the-art facilities, but they’re only valuable if we hire the right people, staff and expertise to push the programming and services for them,” he says.

Khan is also overseeing the creation of two turf fields, one of which opened in 2017. The other will be built after the Bakke center is completed.

The first complex is multi-use and can hold flag football, softball, baseball and lacrosse competitions. The fields will be used by intramural and club teams and will allow them to play into the winter because snow melt will drain off.

Khan, who’s been with the university for over six years, says he loves working on projects that improve student experience. He was promoted to his current role in January. “Working on a college campus keeps you young because you’re always around innovation and new ideas,” he says. “My friends often say to me, ‘I want a job like yours where it doesn’t actually feel like work.’”

While Khan has worked in recreation at a few colleges, including North Carolina State University, Arizona State University and Massachusetts Institute of Technology, he got his start while still in school. He started working at the Northeastern University rec center as a freshman and fell in love with it.

Now, Khan is helping students find their own path in the field. Earlier this year, he started teaching a course on facility maintenance operations and maintenance at Madison Area Technical College.

“It’s been a way for me to give back,” he says. “I love what I do, so I like that I can help students discover that interest for themselves.” 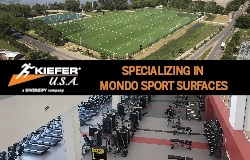 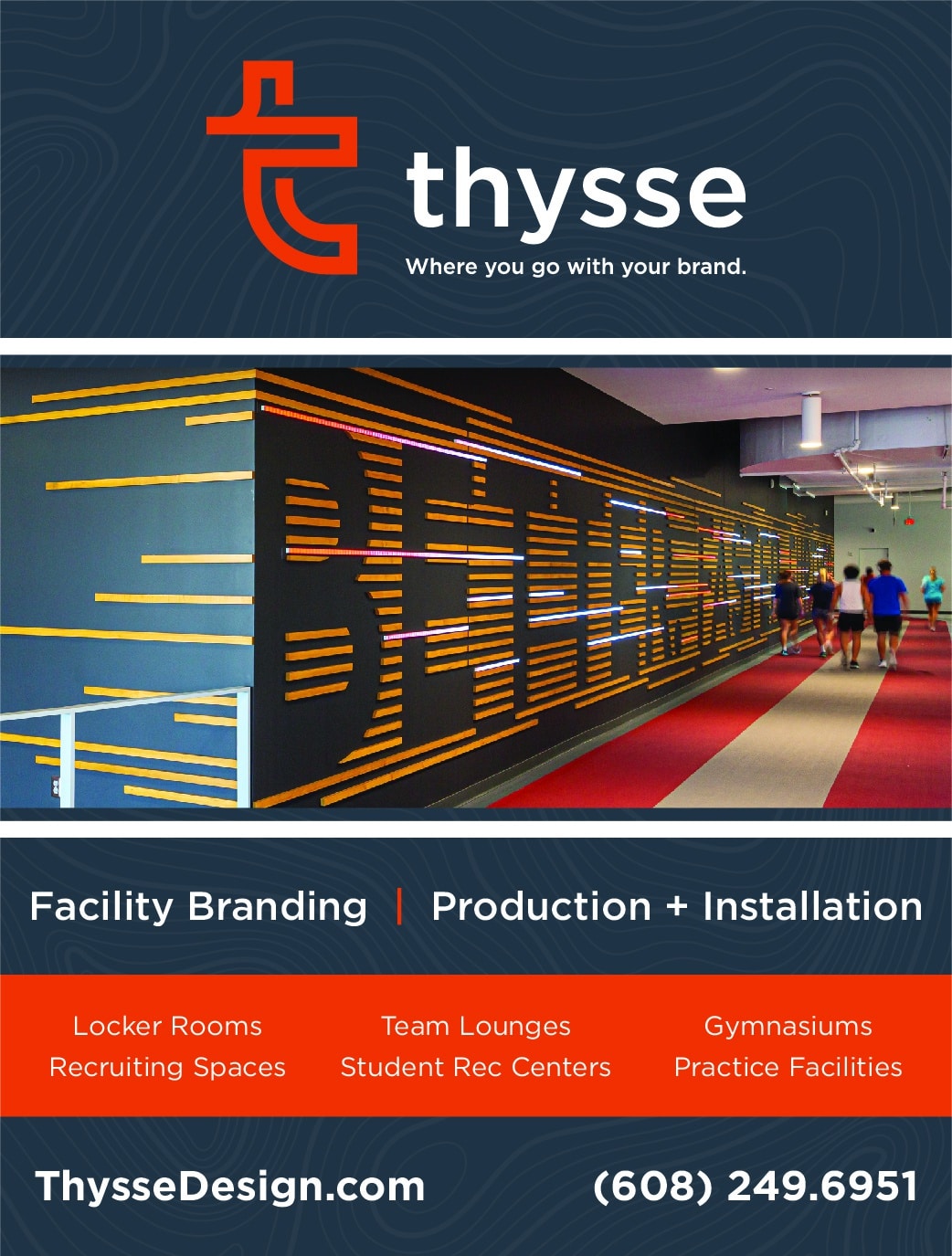