The Kenilworth Apartments were built solidly enough during the 1960s to still be home to several hundred dwellers, but Avanti Residential saw need for upgrades after buying the Prairie Village, Kansas, complex last year.

“Though well maintained, the place still feels like it need modernization,” says the young but very seasoned man who’s been directing construction since summer. “We’re making it a better fit for its residents and improving property value.”

That’s taken some doing, but when Ryan Berger spoke with Blueprint last November, progress was tangible and on target for completion in 2022. The stakes sure were high, the Kenilworth upgrade of around $7 million making it the priciest project in Avanti’s history and being done under difficult circumstances. He’s also had to do it with minimal inconvenience to residents, some of whom have lived in their apartments for decades. 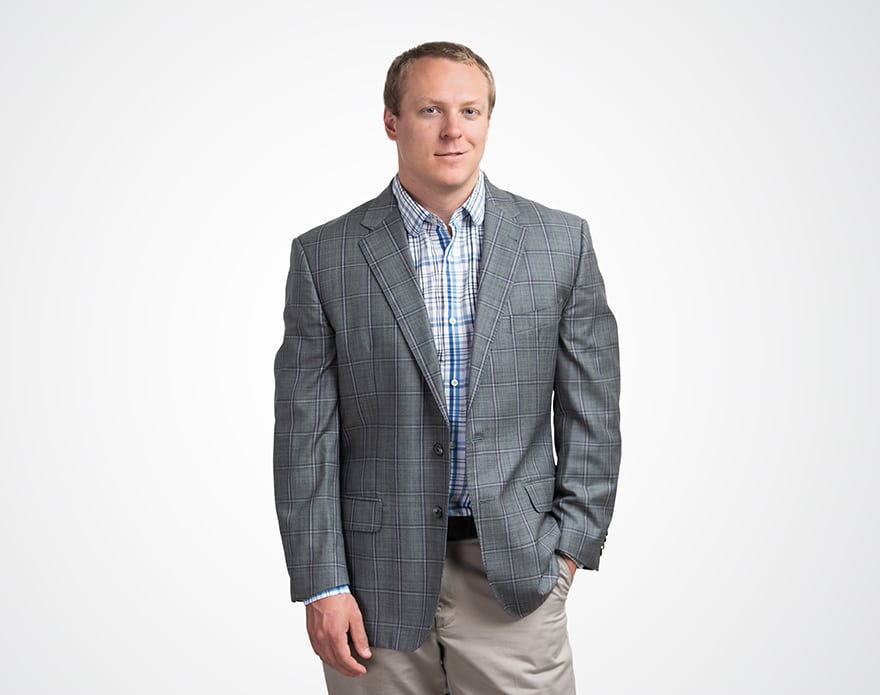 Exterior work commenced first, including roofing, painting, asphalting and concrete. Inside, hot water heaters needed replacing and the electrical and plumbing systems brought up to today’s standards. Upgrades on individual apartments have been proceeding a few at a time, with some residents able to move into vacant units while other take advantage of an Avanti policy that allows them to seek outside housing for a month or two and then return to an improved domicile.

At times, Berger might feel like a doctor operating on a patient who can’t be bedridden, but he brought Avanti many strategies for efficiency in April when he joined this Denver-based company that owns and operates around 8,000 apartments in Arizona, Colorado, Florida, Kansas and Utah.

“And a Navy mentality helps,” says the Navy civil engineer of not too many years ago. “We’ve had a lot of supply and labor issues, but nobody wants to hear excuses. We’re on target, but there’s been a lot of problem-solving.”

While the big-box stores can’t always depend on reliable deliveries of countertops, cabinets and what not, Berger has gone straight to such manufacturers as GE and Sherwin Williams, buying from them and cutting out the middleman.

“With around 8,000 apartments nationwide, we can buy to scale and save,” he says. “Being higher up on the priority list, a big manufacturer will sell to us directly.”

That’s been a difference-maker, he says, when it comes to logistical issues. The cargo on those unloaded container ships at Long Beach, California, includes made-in-China products that goes into Avanti apartments. Other products wait in warehouses in Texas and Kentucky for shortage of truckers. Still, Berger says, it’s better to depend upon a domestic supply chain, and he’s implementing software that gives Avanti the better means to track costs. 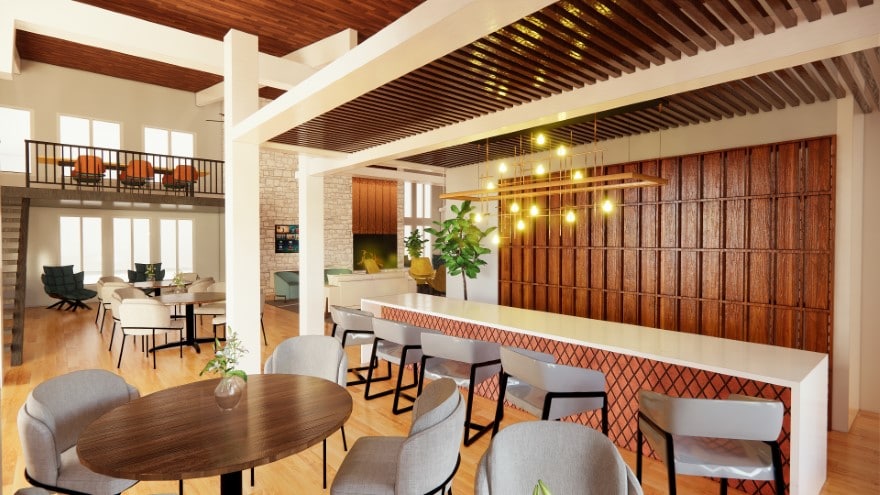 Avanti used to depend on Excel for budgeting, each invoice needing entry into the system. “At the scale we’re in, that’s just not sustainable,” he says.

But Yardi is, this software setting what Berger calls the standard for real estate by automating processes and creating links among contractors and other stakeholders. It tracks each invoice, showing in real time whether payments can be justified. Berger having begun its implementation in September, he anticipates Yardi being fully in place by year’s end.

Then there’s the matter of labor, or sometimes lack of it, which builders were dealing with even before COVID-19, there being a dearth of young people entering such trades as plumbing, electricity, carpentry and masonry. While Avanti’s contractors deal with it too, Berger says the size of the company works to its advantage as there’s reliable work for all hands.

Born to be a builder

Just 32, he’s already an old hand at construction sites, Berger knowing early on that his livelihood would stem from assembling structures. For that, he can give partial credit to a grandfather who took him to construction sites. As a Temple University student, he started in civil engineering before switching to construction management, finally earning degrees in both.

He was quite a busy student, carrying a challenging course load while competing in the decathlon for the Division 1 Owls and also in a Navy program for active duty. At the time he envisioned a Navy career but upon tearing the same ACL twice, Berger was honorably discharged in 2013, a year after graduating Temple.

That had to be quite the disappointment, as Berger had attended Officer Candidate School in Newport, Rhode Island, earned a secret security clearance and been selected for Civil Engineer Corps Officer School. But he soon joined Menard-USA in Cleveland as a project engineer and rapidly ascended the construction ranks in subsequent jobs with Lidi U.S. in Raleigh, North Carolina; Waterton and then Lion Real Estate Group, both in Denver; Modern Homestead in Boulder, Colorado; and finally Avanti, which he deems his best role yet. 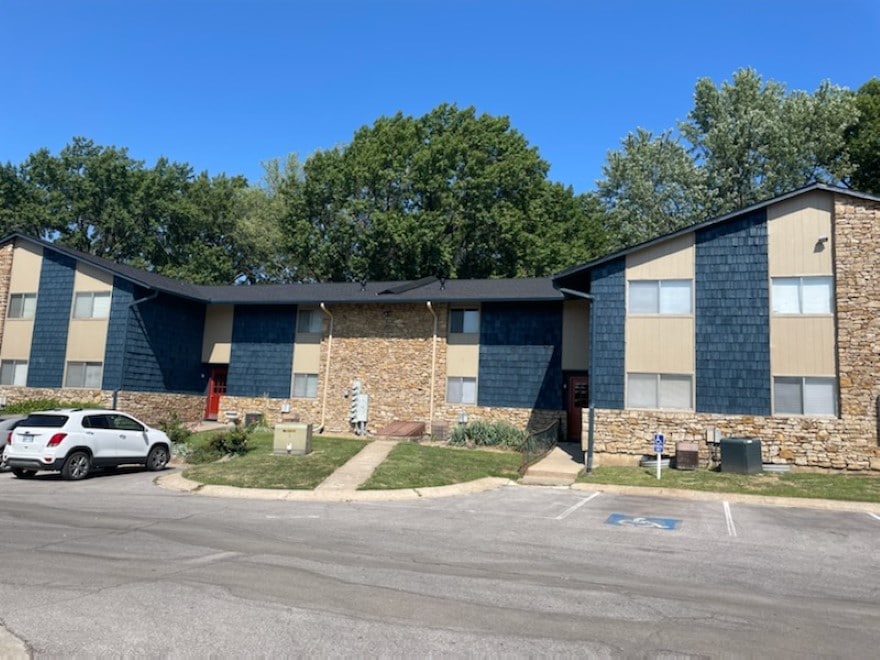 “It’s my favorite property and the biggest we’ve undertaken,” he says of Kenilworth.

As Avanti strives to provide quality rental housing in some of the most in-demand markets, it has Berger juggling around 30 projects, most in the $1 million to $3 million range. Now in his third position with a company specializing in multifamily housing, and having done everything from ground-ups to renovations, he’s passionate in his duties.

“With every job I’ve gotten more efficient,” he says. “I’m now running a department and looking forward to the building stage

And the Colorado lifestyle suits him and the family just fine. Last year his wife gave birth to their first child, a daughter, and they also have two German shepherds who relish the hill country. As does Berger, whose bucket list includes climbing all of Colorado’s 14ers, the 58 mountain peaks above 14,000 feet. Only he won’t be skiing them.

“Winter sports are out,” he says. “Remember, my ACLs.” 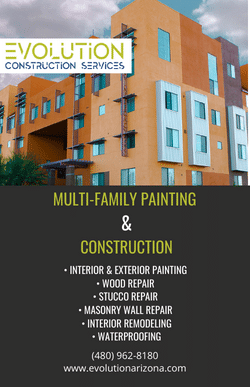