Legacy is a word often bandied about.

It’s created in many forms: the contribution of one human to the life of another, positively change in lives across all levels of society, or building structures that combine architectural style with an emphasis on humanity.

In the case of Young Living Essential Oils founder, D. Gary Young, all three apply. And with the construction of a new headquarters in Lehi, Utah, that legacy will only continue to grow. Known worldwide for distilling some of the world’s finest essential oils produced via the company’s Seed to Seal process, YLEO was founded by Young and his wife—current CEO Mary Young—in 1993. Sadly, the former passed away in 2018. But that hasn’t stopped the company from becoming a bona fide giant in the industry with 29 offices worldwide overseeing 33 markets, 25 corporate-owned and partner farms, nearly 600 unique products and more than 3,200 employees.

“We moved in a day ahead of schedule,” he says. “There was a sense of urgency from groundbreaking onward because it’s a complex and iconic building.”

The new YLEO headquarters opened on May 6, 2019, in an area of Utah known as the Silicon Slopes. Located about a half-hour from downtown Salt Lake City, Lehi is experiencing a tech-fueled building boom. The population is soaring, too, with 2019 estimates reporting nearly 70,000 residents in the area compared to around 20,000 in the year 2000.

Harris has been with the company since January 2004—longevity that helped him turn the late owner’s vision for the space into a reality.

Born and raised in nearby Alpine, Utah, Harris says he draws great satisfaction in knowing he’s leaving his own structural legacy in the area. From floor to ceiling, the HQ reflects the company’s mission as envisioned by Young, who was able to visit the under-construction facility before his passing. 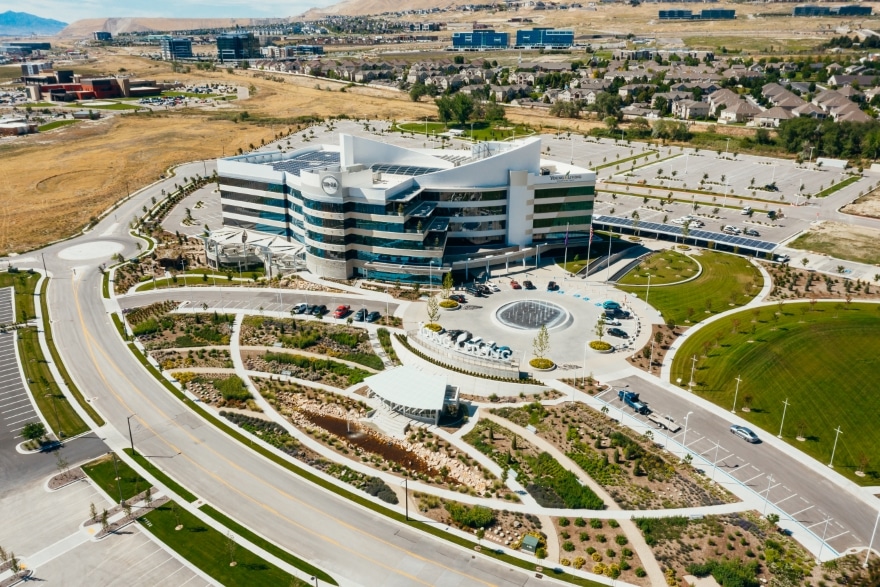 “When we built the first phase of the warehouse, Gary and Mary were living on the farm in Ecuador,” he recalls, referring to the company’s Finca Botanica Farm and Distillery in Chongon (Guayaquil), Ecuador, a botanist’s dream loaded with palo santo trees, lemongrass, ruta graveolens and much more. “Gary was clear about what he wanted, but the way he noticed little details always surprised me. He had tears in his eyes when we toured the completed structure, he was so pleased with it.”

Young’s influence on the project is palpable, reinforced by an on-site replica of the cabin in which he grew up—sod roof and all. Harris worked very closely with architect Kevin Scholz of Scholz & Associates to incorporate all the design features and amenities Young had envisioned for the project as a whole. His presence looms extremely large.

“I hope when I run into Gary Young on the other side, I can look him in the eye and say, ‘We tried our very best to honor your wishes.’ I hope he’ll agree,” Harris says.

All hands on deck

He worked with Jeff Davis, principal at CMC [Construction Management Consultants], from the outset, to assemble an award-winning team (seven best of state or region awards at last count).

After hiring Scholz and Davis, the next step was hiring Okland Construction Company as the general contractor. YLEO also worked with a leading global architecture and design firm, HOK, on space planning and programming.

They based their recommendations upon observation and analysis including employee surveys, interviews and site visits. Harris and his team used this data to make educated decisions, such as addressing a longstanding lack of conference space by including 80 different meeting rooms in the new building.

“It was all about collaboration,” he says. “We walked all staff members through their future areas and set up mock cubicles to review furniture options.”

In some ways, that part of the process was fun compared to industrial aspects of the build, including the elaborate water filtration and pumping system. The goal: to make the water flowing into laboratories and production areas more pure than bottled water by using a combination of carbon filtering and UV recirculation. 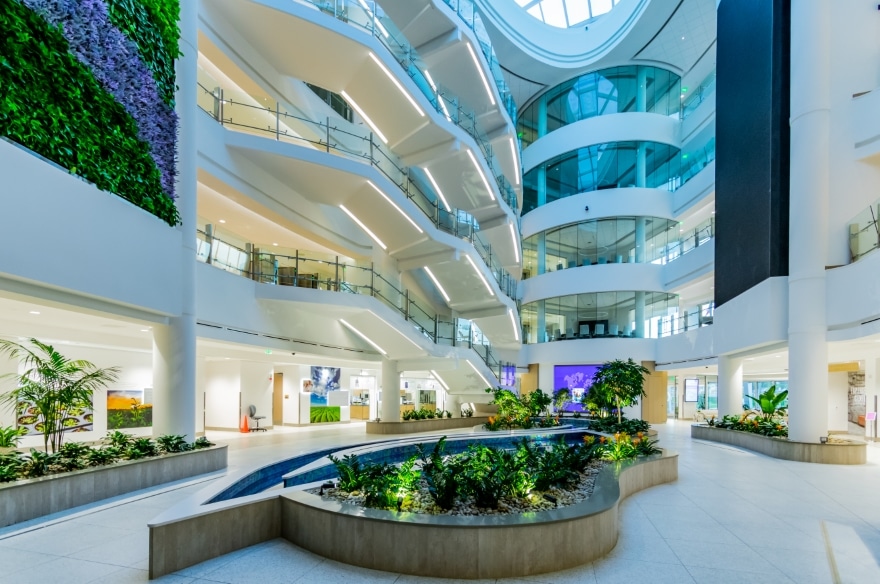 YLEO HQ is documented as meeting LEED and Green Globe certification standards, the result of an emphasis on reducing the building’s eco footprint using recycling stations for everything from batteries and glass to cardboard and food waste. Harris and his team also installed plant walls, a million-dollar greenhouse, five uniquely focused R&D labs and demonstration gardens using natural methods to control weeds and promote growth.

Situated on 39 acres, there is room for expansion and tentative plans for the state of Utah to build a commuter train station in cooperation with YLEO, the local hospital and other property owners. The campus was also reachable by bus pre-COVID-19, a service that he expects to be reinstated, eventually.

When it comes to the work that’s been completed and the ongoing vision for the future of the company, Harris believes his team is up to the challenge:

“We find people who are really good at what they do—and are honest, loyal and committed to our success,” he says of his staff, plus the architects, contractors and on down the line. “These are the men and women I trust, and they consistently come through.”

That trust goes both ways thanks to Harris’ approach to life and extensive experience, including bachelor’s and master’s degrees earned at Brigham Young University, as well as on-the-job experience starting in January 1978 at companies like Mervyn’s and Boscov’s department stores, and Greenbacks/All A Dollar Store. He also spent time as an adjunct professor at Penn State University and just completed two book manuscripts sharing his hard-won industry knowledge. 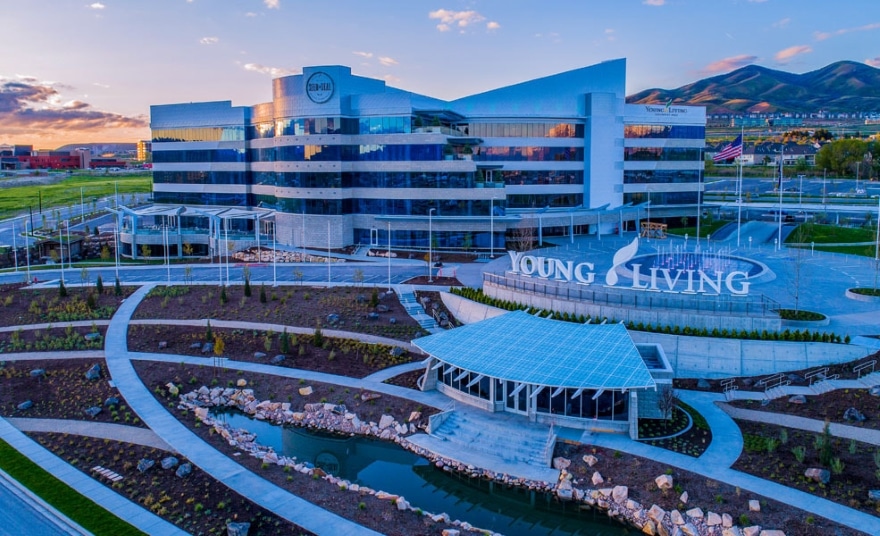 His is a technical endeavor, one that he manages with an eye toward both quality control and cost reduction. He uses these skills in his personal life, too. Staying healthy through running (he’s completed marathons), weightlifting, yoga, golfing, skiing and scuba diving, Harris lives for his wife, children and grandchildren.

Also on his list of priorities: classic cars, including a ‘55 Chevy BelAir, a 1999 Corvette and his trusty old 1990 GMC Sierra pickup.

“I’m not into throwing things away when there’s a problem you can fix,” Harris says. “Of course, this means I have more cars than garage space and I have to warm up and scrape off my wife’s car every winter.”