After his employer prepared for the worst that Hurricane Laura might deliver, Rodney Watts may have been thanking his personal deities when the storm mostly spared Eastern Texas, necessitating just minor repairs to one Circle K on the Gulf Coast while a couple of others endured brief power outages. 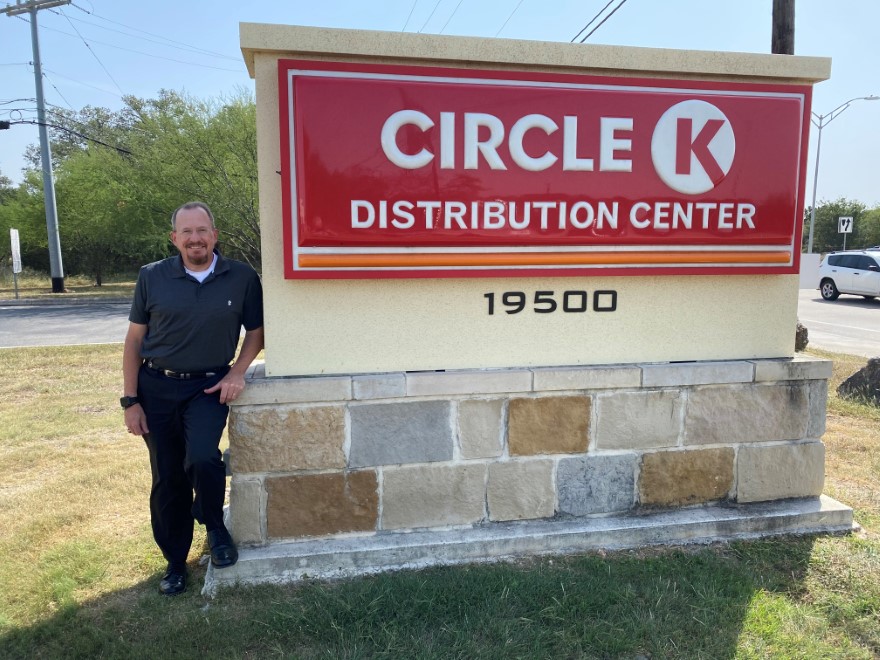 Overseeing facilities for most of the nearly 700 convenience stores in the Lone Star State, Watts empathized for his counterpart in Louisiana, which incurred the bulk of Laura’s wrath. But he was confident that in due time the state’s Circle Ks would be back in business.

“Texas came out wonderful on this one,” he tells Blueprint in late August from the Texas division’s headquarters in San Antonio. “We all have faced extensive challenges but are committed to keeping the stores safe and environmentally sound.”

While 2020 has posed extreme challenges to just about every industry, the pressure has been extremely heavy on convenience stores, which provide so many basic necessities. And Circle K will continue to do so, Watts assures, with COVID-19 precautions aplenty for customers and store associates.

The push for plexiglass

Consumers in most any business are likely to have a plexiglass barrier between them and the person behind the counter, but Circle K was ahead of the game, Watts says, describing how in Texas all the stores had been so outfitted by late March. It was a prudent move, he adds, as demand—and price—for these transparent acrylic barriers has since soared, with manufacturers reporting up to a 30-fold spike in sales and some companies losing business while waiting for the goods to arrive. 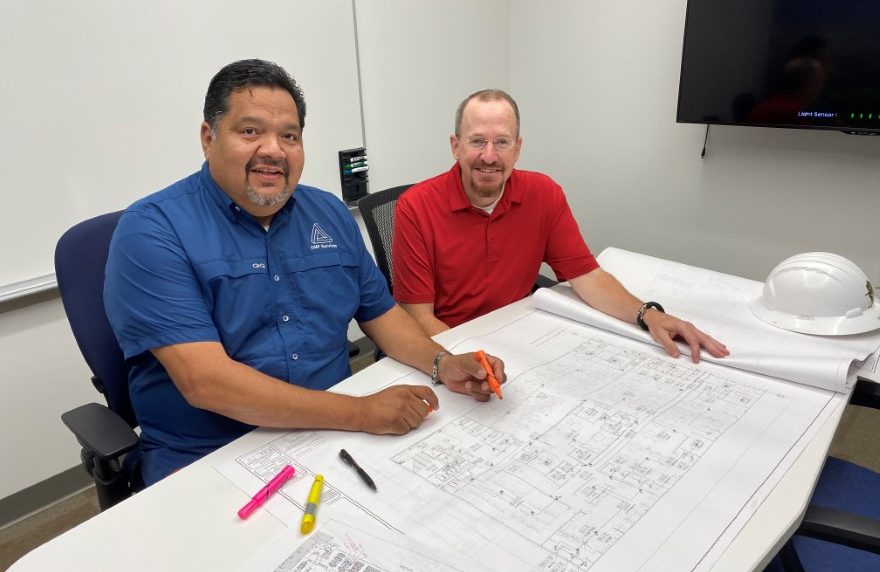 No such delay at Circle K.

“It was an all-hands-on-deck situation and had to be,” Watts says. “Each of our stores has multiple checkout points. We had facilities technicians installing, the operational field leadership installing, third parties installing. Everyone knew they had to roll up their sleeves.”

And undertake other measures that, in July, included all customers, clerks and vendors wearing face coverings, and signage spelling out the procedure. Masks were made available for purchase at every store, which were also outfitted with queue lines and floor markings.

If an employee was diagnosed with the virus, Watts would have that store closed and oversee its professional cleaning by an outside contractor. After dealing with a few such incidents in April, May and June, the trend has since slowed. But precautionary measures remain in effect, and Circle K shows its appreciation for healthcare workers and first responders by offering a free coffee or fountain beverage to any who enter a store.

Despite its many challenges, the COVID-19 pivot hasn’t set back other projects on his team’s to-do list, which includes a fuel dispenser replacement to keep Circle K in global compliance and its credit card customers protected.

There’s also the upgrading of facilities for ready-to-go food. As Watts explains, customers want quick and easy access to quality pre-prepared hot food items. The San Antonio stores are the first in Texas to have their food courts overhauled, with changes in other Texas stories planned in the next few years. 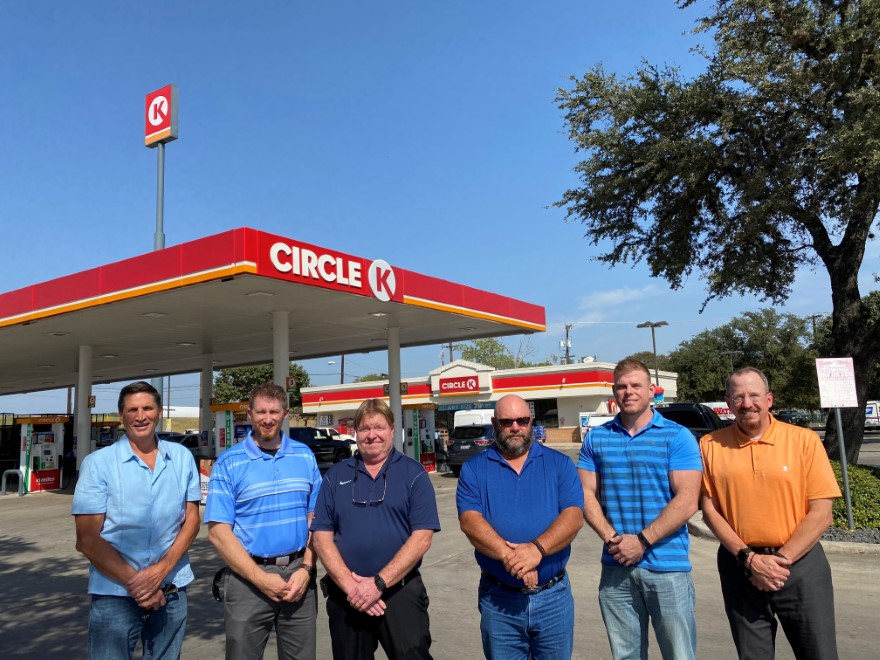 “A lot depends on how fast the economy recovers and access to capital money,” Watts says. “This is a program that will require fewer labor hours to maintain and bring more consistency to the ready food amongst all our stores.”

As to how he oversees these projects, it’s required a lot of conference calls—and more than a few huddles on Microsoft Teams. Ideally, Watts would prefer face-to-face meetings, but that’s not likely anytime soon. The San Antonio staff worked remotely from March until May, and since then, half the employees report to the office every other day, with protocols for social distancing.

Though far from an ideal arrangement, Watts says it’s as close to business as usual as circumstances allow. For that, he applauds those under his wing.

“I’ve got a strong and talented facilities team,” he says. “This is not just about me and what I can do. They deserve all of the credit for keeping us going, especially during the past few months.”

That said, Watts acknowledges it took some adjustment when his prior employer, San Antonio-based CST Brands, was acquired in 2017 by Alimentation Couche-Tard, the Canadian gas station operator that controls Circle K. Watts had served in several capacities for CST, ascending to director of facilities and maintenance services. Though the business models seemed similar, having a new parent company necessitated much learning on the fly—a new set of processes, procedures and software. 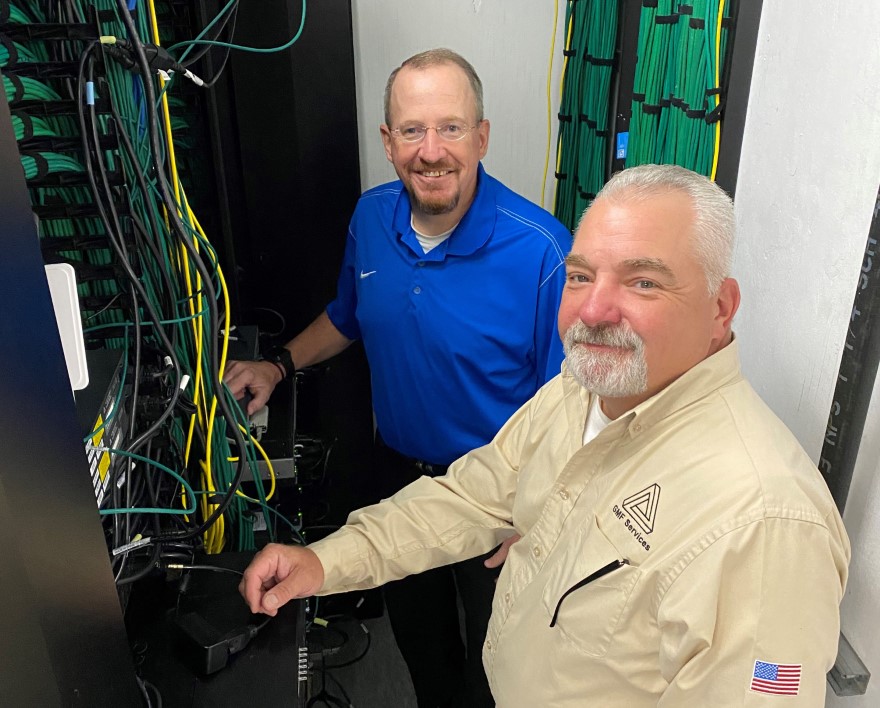 “But when you’re faced with challenges and overcome them, it’s very rewarding,” he says. “We’ve since been well-integrated and look forward to continue growing.”

At least in Texas, it’ll be slow, smart growth, some properties eyed for construction. But, as Watts reminds, the state of the economy—both in Texas and across the country—is certain to affect company plans. As will the availability of capital cash.

In his position, Watts is asked to weigh in on multiple areas, and he relishes the opportunity to go beyond his training as a Lamar University mechanical engineering grad (Class of 1991). But that’s something he’s been doing most of his professional life.

Watts cut his teeth with Oxy for seven years, serving as a project and maintenance engineer as well as mechanical area manager and maintenance superintendent. He left for Valero Energy Corp. and became maintenance manager of its Houston refinery, then two years later, ascended to director of retail maintenance for a 15-year stretch. 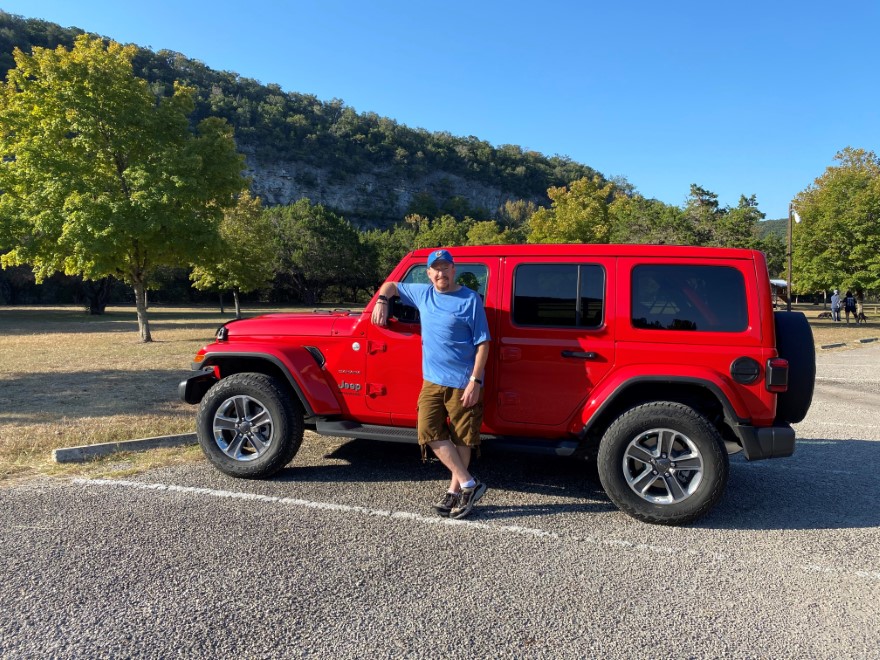 When CST Brands was spun off from Valero in 2014, it offered a greater retail role—one with responsibility that extended across multiple departments and state lines. Since Alimentation Couche-Tard Inc. bought the operation, Watts’ oversight has refocused on Central, East and South Texas, but that’s more than enough to keep his hands full.

And when there’s downtime, there’s much about the Texas Hill Country that’s so to the liking of Watts and his family. Collecting historic firearms is a hobby, as is revving up his 500-pound scooter and Jeep. It might be a bummer of an autumn, he says, with so much college football on hold, but there’s another game in progress, and that’s consolidating the convenience store market that Watts is happy to quarterback on the facilities side.

Though, as he reminds, a quarterback can’t do it alone.

“I appreciate the support that our vendor partners bring to the table, not only during normal operations but also in times of crises,” he says. “Without their involvement, Circle K could not be nearly as successful.”

“And our Texas-based facilities team is dedicated to serving our external and internal customers through both crises and during normal operations.” 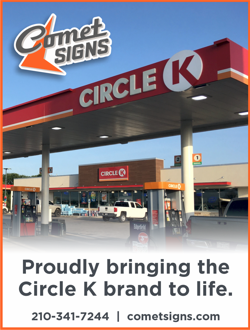 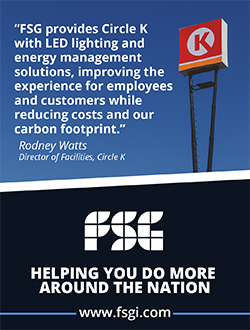 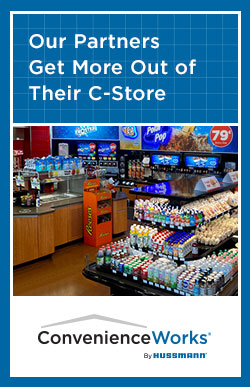 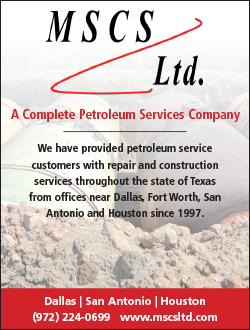