Fashioning the careers of young tradespeople

As a slew of general contractors will attest, there’s a definite shortage of young people entering the trades, but those who do are well-positioned for career growth. At least in some locales, the message seems well taken, including at Patrick & Henry Community College where there’s been a waiting list of students seeking training in welding.

Small wonder they’re drawn to this vocation. The U.S. Bureau of Labor Statistics reports the need for welders to continue growing at around 25 percent, with higher-than-average starting wages and benefits from such industries as automotive, railroad, aerospace and energy exploration. 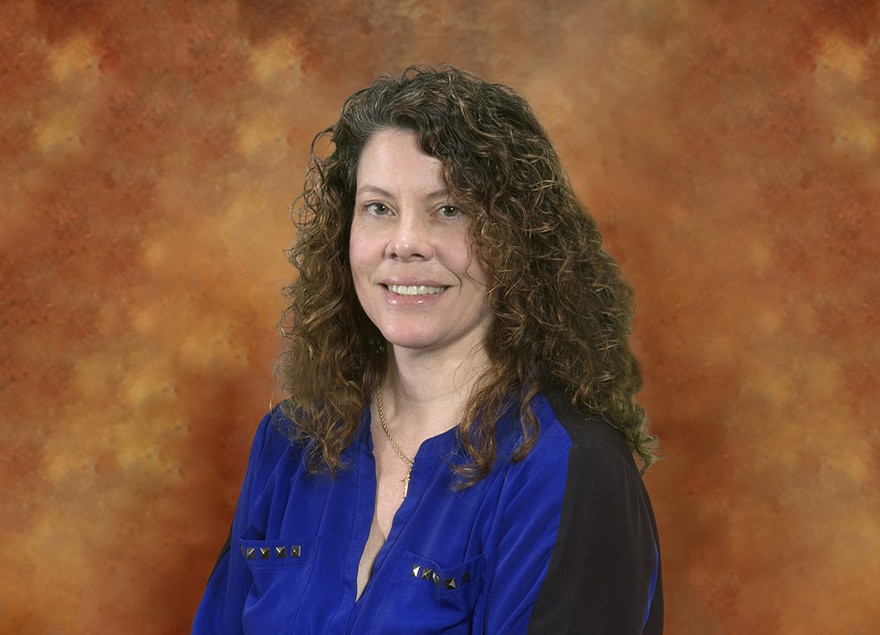 As early as next year, this public community college in Virginia’s Henry County—just above the North Carolina border—should be better able to accommodate those budding welders. This past June, one of its Manufacturing and Engineering Technology buildings, MET II, began undergoing retrofits for uses that include a robotics-equipped 20,000-square-foot welding lab that will triple the dozen booths now on campus.

It’s just the latest project Roberta Wright has overseen in her 11-year tenure, the last seven as facilities director.

“Welding students are being hired on the spot and we want to churn them out,” the pleasant Wright tells Blueprint in early August, just a couple weeks before the campus again hustles and bustles with the start of the fall semester. “We hope that by increasing the number of welding booths, we’ll decrease the waiting list for the program and be able to offer local employers the certified and in-demand welders this program produces.”

And welders aren’t the only tradespeople whose careers are enabled by Wright and her crew.

The rest of MET II was upgraded in 2019 to house a precision machine lab. There’s a place for area businesses to come in, set up equipment and train employees.

And prior to MET II, Wright oversaw the renovation of the other Manufacturing and Engineering Technology building, MET I, a 53,000-square-foot facility that includes a center for science, technology, engineering and math curriculum, Workforce Development programs and Motorsports Virginia’s Racing College. 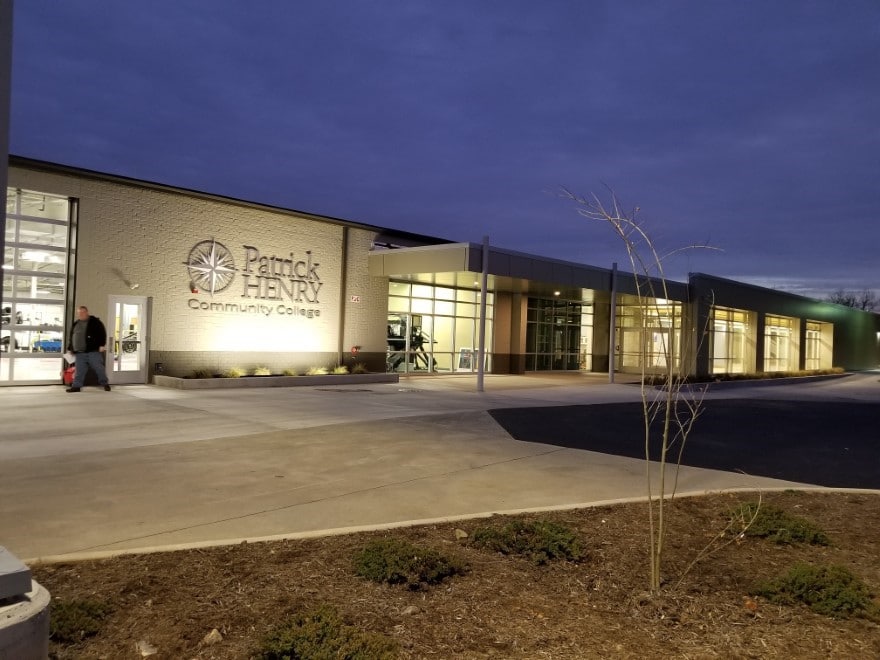 As Wright reminds, NASCAR is among the most popular spectator sports in this part of the South, and opportunities abound for young people working in pitstops and adept at assembling and servicing some very sophisticated engines. Keven Wood, proud alumnus and retired stock car driver, might so concur.

While Wright hopes to have the welding wing complete in 2022, much of the project has coincided with COVID-19’s disruption of supply chains and social distancing among hired hands. However, the flip side has been fewer people on campus, which has allowed Wright to tend to such housekeeping chores as deep cleaning. This being a modest school with around 2,900 students and tight finances, Wright’s accustomed to undertaking almost any chore.

“Maintenance, security and policing, the switchboard, housekeeping—I may oversee all of it,” she says. “Just pick a hat.”

But it’s the way she likes to operate.

Wright initially was drawn to computer-aided drafting and design and applied science at the school then known as Patrick Henry Community College—the ampersand between names a recent change. Those detail-intense subjects applied to her obsessive-compulsive disorder mindset, Wright says, and prepped her for an early stint as an engineer for what would be a failed startup.

So, she honed her skills through more classes while working at the campus switchboard. While doing that, she learned of other openings at the school, landing an engineering technology position in facilities. Around five years later, in 2014, she completed her bachelor’s at Old Dominion University and became Patrick & Henry’s facilities director.

She’s since completed courses in risk control and management at Virginia Commonwealth University, earning a master’s, and continues to learn on the job.

“The capital projects were a real learning experience,” she says. “I asked a lot of questions and did my homework. There’s a big difference between the public and private sectors. Staying within budget is very important.” 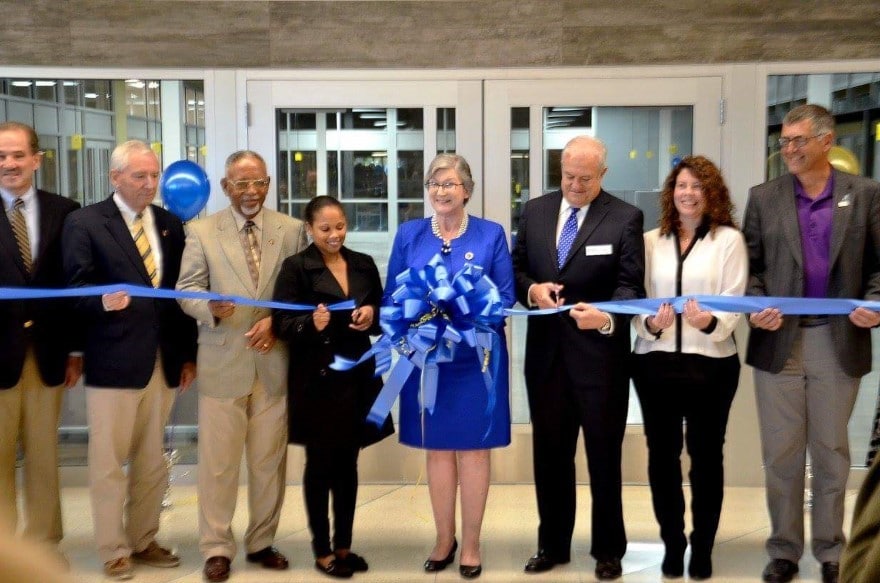 She enjoys mentoring her team and stressing the school’s role in the greater community. And when she’s not working, Wright might be found at llama competitions. No, she doesn’t own one of those magnificent beasts, but she has helped train them with her husband of 23 years and two children. Her llama team placed high in a 2019 fair in upstate New York and she’s looking forward to competition resuming if the pandemic ever mitigates.

There’ll be much else to keep Wright busy on campus. MET II proceeds along with the usual campus maintenance and there’s much signage to change with the recent name change.

While Wright’s role might be less encompassing at a bigger school, she’s right at home here, thriving under a family-like atmosphere.

“It’s important to listen to both the students and faculty and fulfill their needs when it comes to the operations and use of the buildings,” she says. “And I love seeing something from start to finish. Those bay metal buildings [MET I and II] looked like nothing until we renovated them. Just being part of the oversight is so satisfying.” 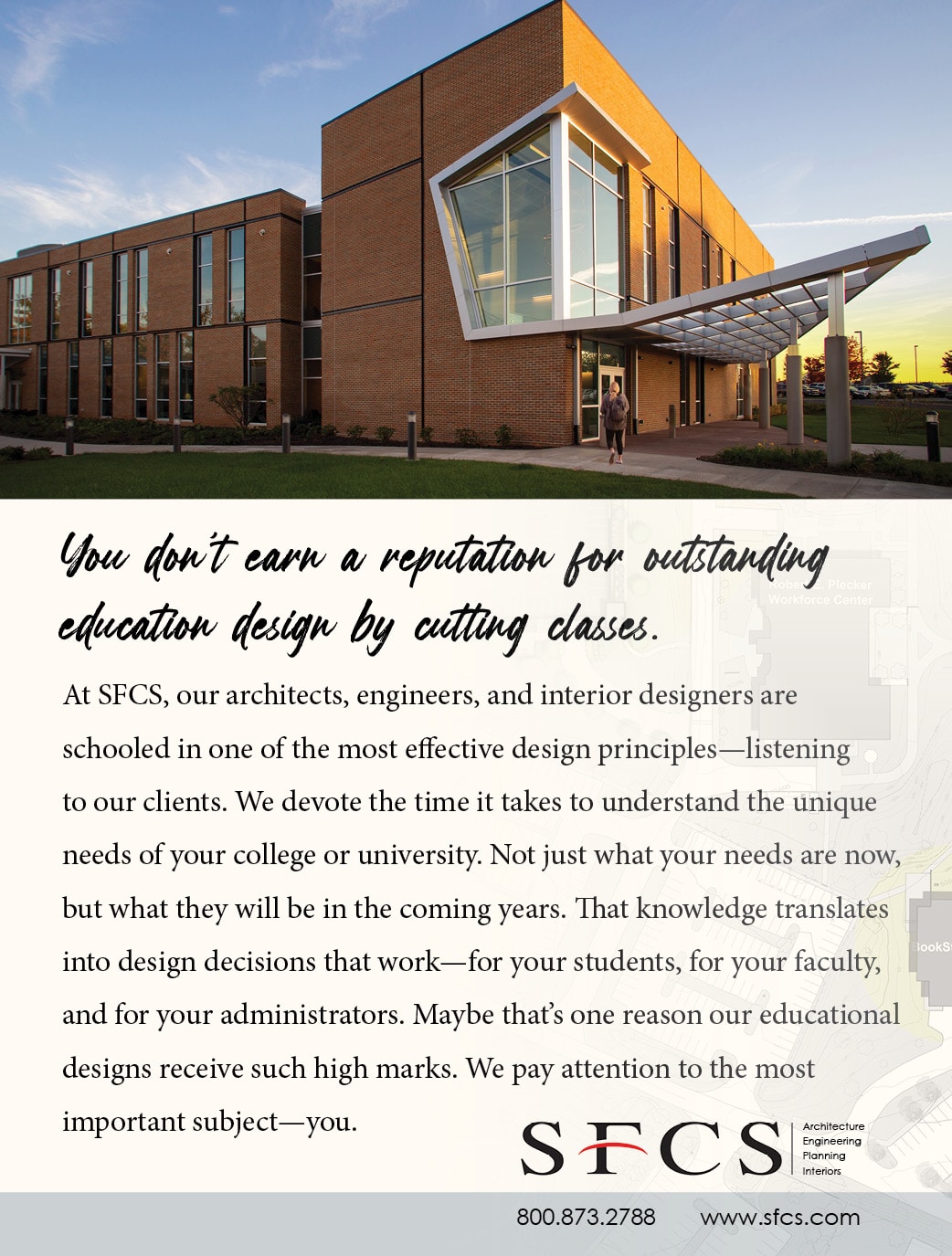