Impending emergency on the facilities front

It’s a disturbing but realistic analogy that Robert Thompson cites. Stringent aviation rules and regulations notwithstanding, commercial airliners crash, however infrequently. And should it be found that the company was cutting corners on maintenance, the boss had better expect repercussions.

Now let’s look at hospitals, says Thompson, who’s fashioned a long and productive career as a facilities director for several, including at Anne Arundel Medical Center in Annapolis, Maryland, for the past four years.

Hospitals by their very nature have germs, he reminds, some lethal to patients with compromised immune systems. Each year it’s reliably estimated that the number of such patients who succumb to hospital-acquired infections would rival the casualty count of 10 downed passenger planes. Only their tragedies won’t be all over the 24/7 news cycle.

Hence the necessity for the most conscientious and capable facilities director in any healthcare facility, Thompson emphasizes, be it for urgent care, senior living or a full-fledged hospital.

Now in his 60s and having fulfilled such a role, literally coast to coast since the early 1980s, he can lay claim to being just that kind of director. But during a lively and sometimes passionate conversation with Vision in February, Thompson wonders just who’s going to fill the shoes of people like him and the other graying directors with whom he’s shared concerns.

High among those concerns: The increasing complexity of directing a hospital’s facilities and how on-the-job training should no longer be acceptable at the director’s level without the training provided by organizations like ASHE, NFPA, ASHRAE and local chapters. How while any such person would be well-advised to study engineering and the various sciences, there still should be a more specialized curriculum at the university level since hospital facilities management has indeed become a most specialized profession.

Asked to describe his responsibilities at AAMC, a 425-bed nonprofit hospital primarily serving coastal Maryland and its 1 million-plus population, Thompson says his objectives can vary day to day though the basic mission is to keep the systems humming and out of sight. 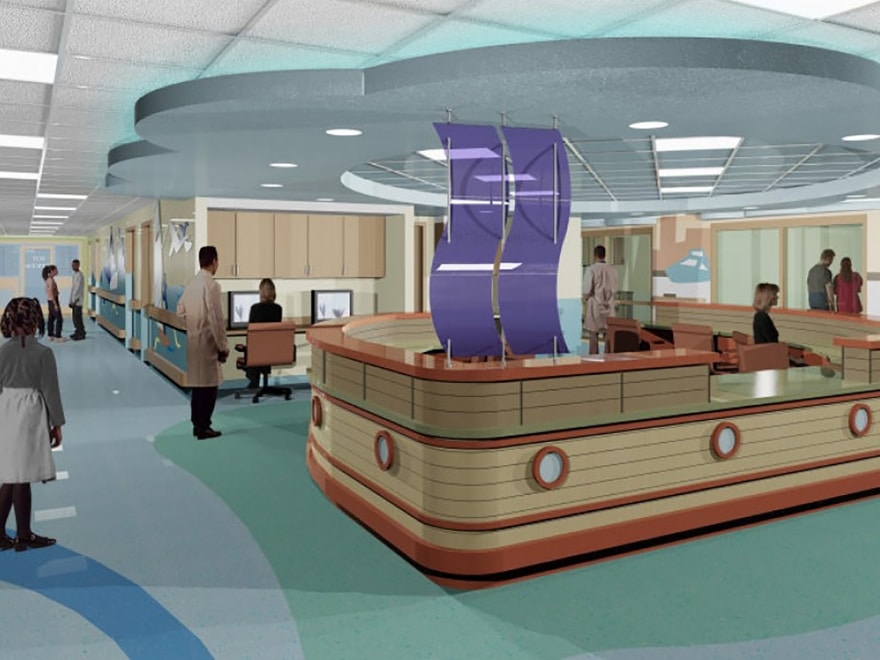 All the better if it’s a boring day, though such days come few and far between.

Though no crises were looming when Thompson spoke with Blueprint, the Weather Channel that’s always on in his office was forecasting a few inches of snow, and he would be counted upon to ensure it would be promptly plowed. Can’t let the elements compromise access to the emergency room, he says, noting his role is to maintain access to the hospital — and the need for on-call personnel 24/7 with the ability to immediately respond to the most unexpected situations.

Not long ago a car jumped a curb and struck a distribution transformer, causing a small fire and removing the building’s power, as well as a massive smoke plume entering the intakes and forcing an evacuation. Another time there was an interior spill of a chemical recognized as a nerve agent, necessitating another evacuation as well as response from the fire department and a hazmat. Still another evacuation resulted from an elevator motor catching fire below a hydraulic tank, but with quick action from his crew, all was back to normal in three hours.

Not so on June 28, 2018, when a madman broke into the local newspaper just down the road, killing five and wounding two while putting the hospital in lockdown mode.

“Plan for the worst, hope for the best,” muses Thompson, going on to explain how he does both with a versatile team of 32.

New tools of the trade

Gone are the days when just being handy with a wrench could get a tradesperson welcomed aboard a medical facilities team. Though tool skills remain important, the team had better be augmented with specialized expertise in areas such as plumbing, electricity, locksmith, carpentry and technology, Thompson says. 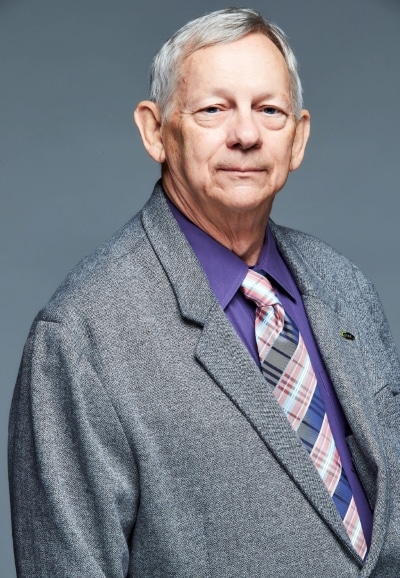 Each of the men and women answerable to Thompson must be computer literate and carry tablets as all work orders are electronic and all mechanical systems are integrated into a centralized system that he can monitor. And while facilities management is separate from info-tech, how the former department must enable the latter.

“If we don’t keep them powered, they can’t do their job,” Thompson says. “The data flow can’t be interrupted by an outage. Neither can any other department—the surgical center, the maternity ward, the pharmacy where chemotherapy drugs are being mixed.”

Though Thompson is always on call, there’s a general engineer to cover for him during off-hours. Just staying current with state and federal rules can be demanding part-time work in itself, says Thompson, who attends monthly meetings with a local engineering group, participates in seminars throughout the year, and tries to stay atop the other agencies from NFPA to OSHA, as well as CMS regulations.

A hospital’s facilities in constant flux, Thompson appreciates the assistance of expert vendors such as Complete Landscaping Services and archSCAN. The former is noted for making the so-called sterile hospital environment more welcoming with plant and flower-filled courtyards, atriums and rooftop terraces that can affect a patient or visitor’s attitude for the better.

Meanwhile archSCAN has digitalized and cloud-stored AAMC’s 12,000 or so documents that pertain to facilities. Sure makes it easy to retrieve the prints and equipment manuals, says Thompson, whose been doing a lot of that with the hospital’s current projects including construction of a new mental health center and a renovated ER.

Document retrieval wasn’t so easy when Thompson, a Missouri State University graduate, became a facilities supervisor in 1981 at St. John’s Mercy Hospital in Springfield, Missouri, after jobs that included producing for a PBS station. Seems happenstance figured in his career shift, as it did for so many of his colleagues.

“A friend said I could afford three meals a day as a hospital biomed tech,” says Thompson, who would enhance his credentials with a BSE in engineering from Missouri State University. He’d stay at St. John’s until 2008 when the opportunity arose to direct biomed, safety and telecommunications at the Community Hospital of the Monterey Peninsula. In 2012 he began a three-and-a-half-year stretch at Providence Hospital in Mobile Alabama, and then the move to AAMC.

Friendly with facilities directors at other institutions, among them the Washington Metro, Thompson acknowledges there are times when a less-intense position would seem desirable.

Only not for long.

“I’m an intensity junkie,” he says.

And how he’d like to mentor some younger ones who might also function best with the kind of adrenaline rush that might be unique to hospitals. Having taught trades and electrical apprenticeships programs as an adjunct professor at Ozarks Technical Community College in Springfield, Missouri, during the 2000s, a return to academia might be in the cards in five or 10 years, or whenever Thompson retires.

“As long as I keep talking about the need for such education, I just might put my mouth and money into it be developing and selling such a program to a university,” he says. “I’m very concerned about the scarcity of qualified and trained facilities directors to replace those of us will be retiring.” 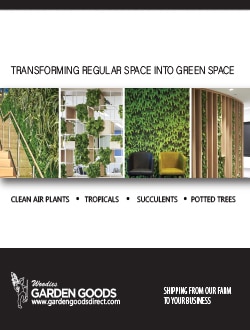 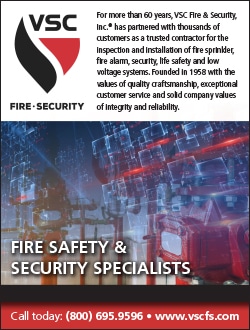 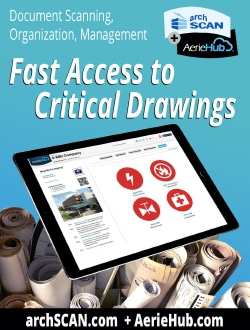