Robert Jones feels the impact of his work every day.

While a construction crew builds the new Arrowhead Elementary School, students are eagerly watching next door. The school’s principal tells Jones that kids line the playground fence during recess as heavy machinery and people in hardhats dig holes and put up the new structure. 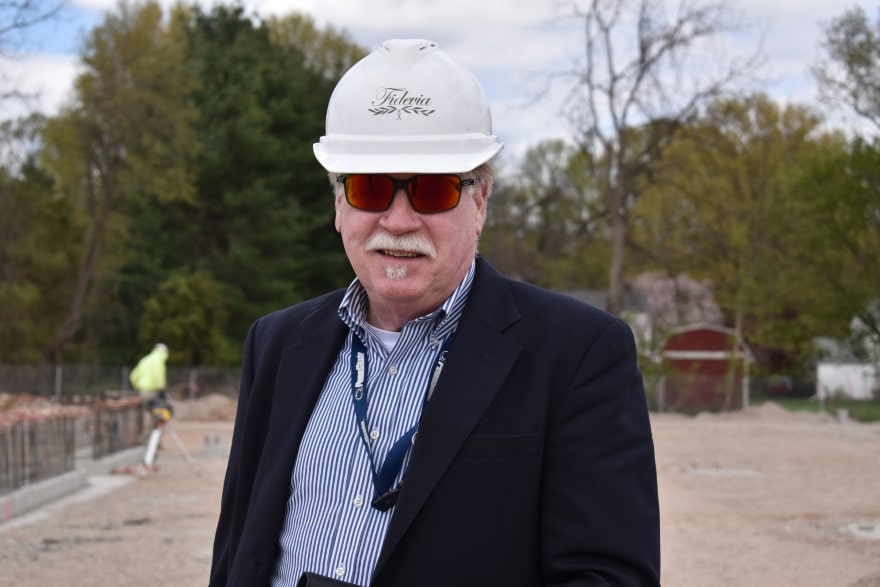 Jones, the director of facilities at Methacton School District, says providing students a good learning environment is his priority, so it’s fun to know they’re invested in the process.

The district is still new to Jones—he was hired in May 2020—but starting just as the plans for the new school began has been a great way to learn, he says.

“I have great support here because the administration understands how important the infrastructure is,” he says. “There’s a lot of great collaboration here between the architects, engineers, the principal and the superintendent, with everyone wanting to put together a good project for the students.”

Rebuilding for the future

Arrowhead Elementary, one of the district’s four elementary schools, is set to be demolished and rebuilt next to its current location. Design of the new school was underway when Jones started last spring, but he was involved in the bidding process in the fall.

Construction began in January and the foundation was laid in April. The school will be completed in September 2022, Jones says. In June 2022, when students are dismissed for the summer, the existing school will be demolished and a new parking lot and open space will be built in its place. 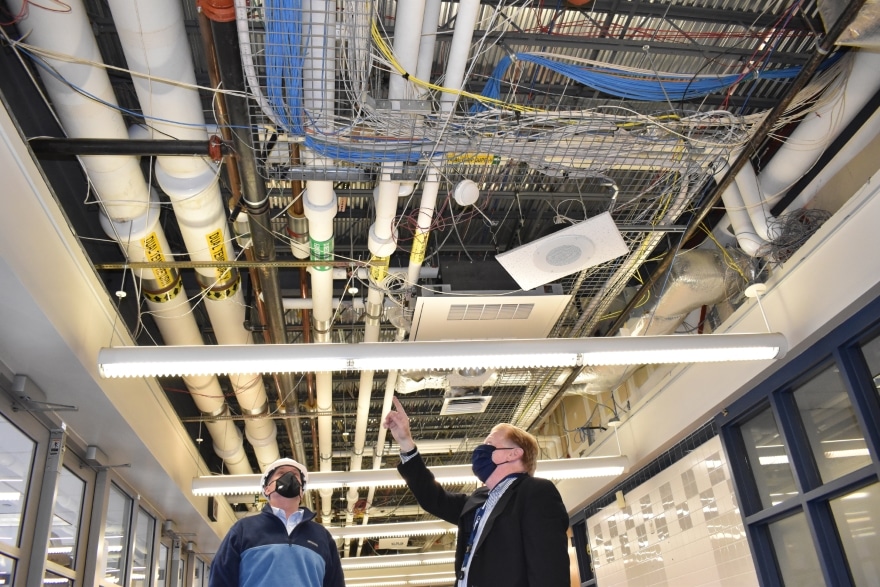 The current school, which was built in 1974, is used by approximately 400 students and needs more classroom space as well as modernization. Technology will be integrated throughout the school, with active whiteboards and projectors planned for every classroom. There will also be dedicated labs for science, technology, engineering and math.

The 86,000-square-foot building will be more energy efficient with LED lighting being part of the design. The school will also have an electrical track elevator which operates faster and smoother than a conventional elevator. It also costs less to run and is easier to replace, Jones says.

The school will have an improved HVAC system with ionization units, which improve air quality and kill bacteria. This design element was chosen in response to COVID-19, he says. The pandemic hasn’t just impacted design, though—the process has also been affected.

Prior to the groundbreaking at the beginning of the year, the project meetings had been taking place over Zoom.

Now that crews must physically be on-site to work, Jones and his team have enforced social distancing measures and provided everyone with masks. The pandemic has only slightly slowed down progress, he says, because of shipping delays for materials. He’s tried his best to stay proactive, though, and order supplies sooner than they’re needed.

In other ways, the pandemic has helped move the project along. Although construction isn’t happening in the current school, Jones has had to work on its utilities, which was made easier when students were learning remotely. Some of the school’s utility lines, such as water, electric and gas run underground where the new school is being built, so crews had to redirect them. 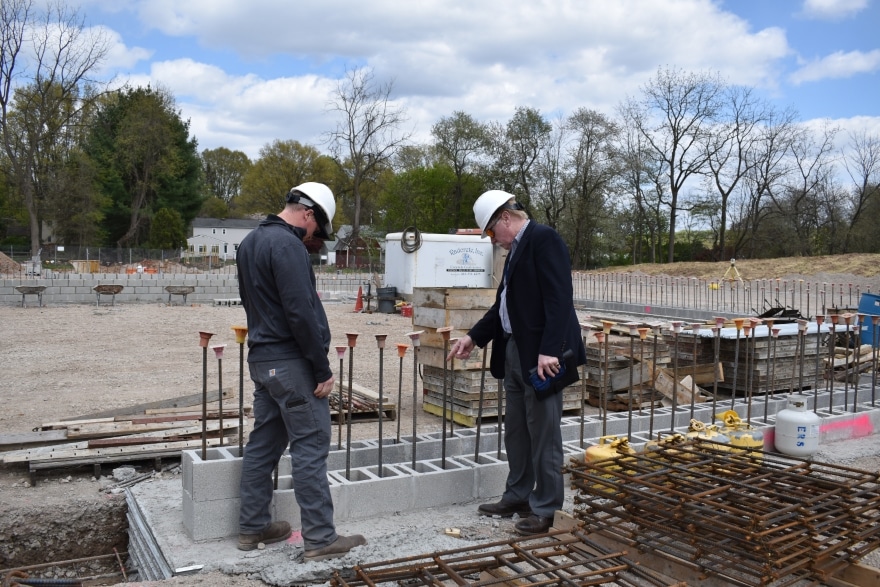 Most of this was done while students were still learning from home, but when they returned, temporary hookups were used. The water lines took longer, though, and students needed to return to remote learning for two days while lines were redirected.

Jones has been doing utility work at another elementary school as well, albeit on a smaller project. Renovations recently began at Eagleville Elementary School to convert its pipes to a two-pipe system. The current piping system will be kept for cooling while a new one will be added for heating.

New ventilators and ductwork will be installed in the classrooms, and lighting will be upgraded throughout the school. The main office will also be relocated to the front of the building via an addition with classrooms built above it. The office is being moved to improve sightlines to the main entrance, and the old office will be converted into a STEM lab with work expected to be finished by December.

While Jones has worked in construction and school facilities for 25 years, this job signifies a return home. Prior to working at Methacton, he was the director of operations for The Pennington School in New Jersey, which required a 100-mile round-trip commute.

“This position allows me to continue my career closer to home which has given me better quality of life,” he says.

Jones did much of the same work at The Pennington School that he does at Methacton, overseeing maintenance, groundskeeping and custodial services. His favorite thing to work on, though, is construction.

Working on the new Arrowhead Elementary School has allowed him to understand the needs of students, teachers and faculty rather quickly, Jones says. He’s also enjoyed working closely with the principal to make sure students aren’t disrupted by construction.

Knowing that the kids are watching him work from the playground gives him that much more drive to deliver for them, he adds.

“I want to make sure the product they receive in the end is what was on the drawing and that it’s operating the way it should be,” Jones says. 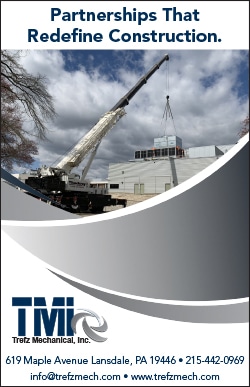