In restaurant industry, always much on the plate

It’s a sense of optimism that’s not widely shared in the restaurant industry. Even before COVID-19 many chains were retrenching or revamping their business models. Since the pandemic, some brands have struggled to merely survive. 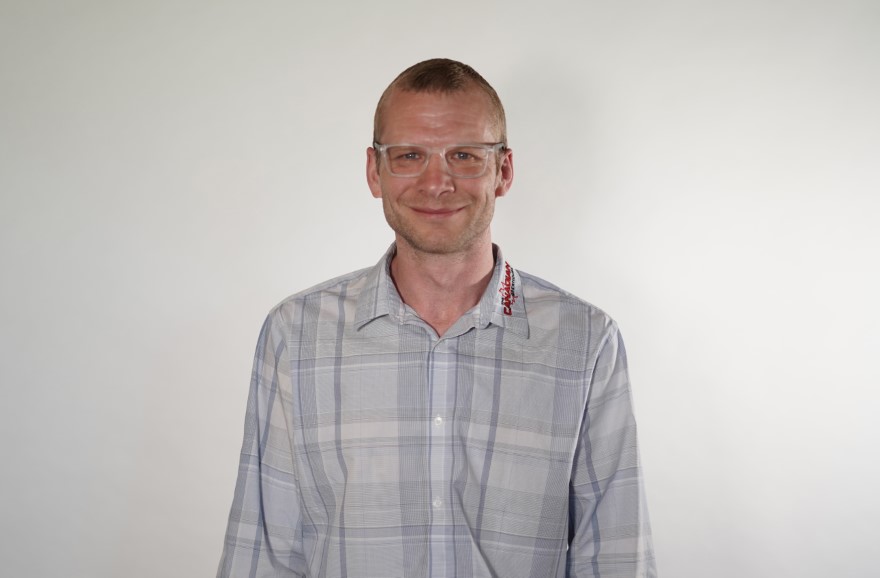 A notable exception might be in western Canada, where The Canadian Brewhouse—a family-friendly sports bar and restaurant—continues to think big. It’s also part of an ownership group that includes the retail store Plantlife Cannabis and a bar-restaurant-bowling alley-music venue known as The Banquet, the latter of which will be spreading beyond what’s now its sole venue in Fort McMurray, Alberta.

There’s synergy among those three operations that Rob Chomiak, the vice president of construction since April 2015, has been harnessing in what he perceives as an opportune time to grow, the coronavirus’ challenges notwithstanding.

The odds are always better, he tells Blueprint in July from Brewhouse headquarters in Edmonton, when the strength of one operation can be leveraged to the benefit of the others. Kind of like three high scorers comprising a hockey team’s top line.

It was still most unpleasant in March when Chomiak had to temporarily lay off a staff that included his brother-in-law and a shop foreman who, decades earlier, had trained him in cabinet making. But the Alberta Health Services had to opt for caution, Chomiak acknowledges, and the Brewhouse made the best of a bad situation by promoting curbside service. More recently, the province has allowed restaurants to offer full occupancy with social distancing, and the clientele—their loyalty sustained by takeout—is returning at what indeed seems a most opportune time. 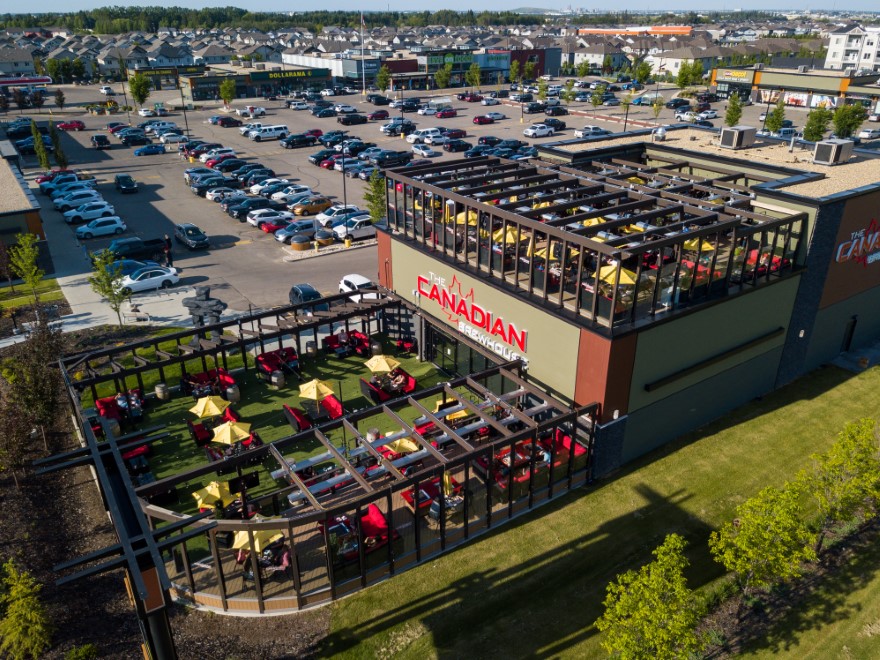 COVID-19 risks having proved lower in Edmonton than in many other cities, the Alberta capital and Toronto were selected as hubs for the Stanley Cup playoffs that includee the province’s two teams, the hometown Oilers and the Calgary Flames, as well as four other Canadian clubs.

While Rogers Place was devoid of the 18,500 fans who usually pack the arena, hockey-mad denizens in Alberta, British Columbia, Saskatchewan and Manitoba were able to cheer on their favorite teams at 35 Brewhouse locations—most of which have opened on Chomiak’s watch.

And there will be more en route, he assures of the chain that got its start in 2002 at a former pool hall in Edmonton’s West End. Come November 2021, Chomiak anticipates breaking ground for another Canadian Brewhouse and Banquet, this one part of Edmonton’s ICE District, a $2.5 billion mixed-use sports and entertainment zone coming to fruition on 25 acres of downtown real estate—with Rogers Place the anchor attraction. Just finalizing the lease and permitting process has taken several years but, as Chomiak asks rhetorically, how often does a restaurant get to be involved in such a municipal master plan?

“It took us 13 years to get to 17 restaurants, and look where we are now,” he says about the 18 that have been built during his five years on board. “We’ve hit the sweet spot at the right time and place. Other restaurants are giving up locations or aren’t expanding, and if you’re growing—like we are—it can be an ideal time. The cost of building goes down, and we have a very efficient model.”

That’s due in large part to Chomiak assembling Brewhouse’s first construction department, as well as its own millwork shop. The original 1,200-square-foot millwork operation is now 10 times larger and staffed by “six slammed guys, all amazing cabinet makers.”

Prior to Chomiak’s arrival, there was a no-bid system—the company working with just one general contractor. He’s since overhauled that process, in addition to fine-tuning the leasing and scheduling so a restaurant could be earning revenue before its first rent payment came due. 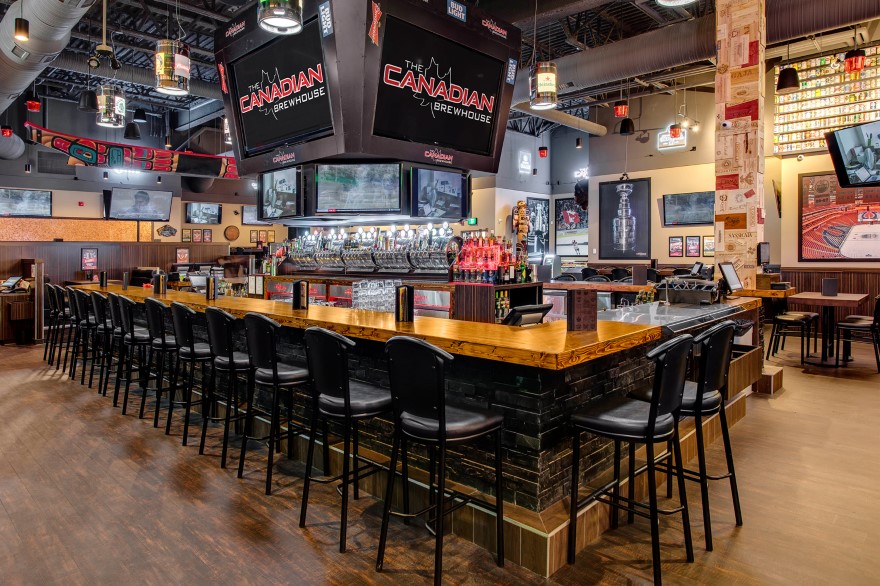 Construction templates have also helped streamline the expansion, and while the restaurants aren’t necessarily identical, the brand sticks out with the name emblazoned in red atop an iconic maple leaf. There are also rooftop patios, televisions with tabletop speakers, much hockey décor and, in one location, a prototype 3’-by-3’-by-3’ Rubik’s cube that frustrates many a reveler. Depending on provincial rules, children are allowed on premises well into the evening hours.

With the Brewhouse model ripe for continued growth, Chomiak expects the same for The Banquet, which has proven increasingly popular among the oil workers and their families in northeast Alberta. Another one is taking shape in Victoria, British Columbia.

However strong the economy, he says it pays to diversify, which the parent company is also doing with Plantlife Cannabis, which now has 21 retail outlets throughout Alberta.

According to Chomiak, the rules and regulations for cannabis in Canada are generally set federally and provincially. Alberta is on board, the province buying and reselling the pot it obtains from licensed growers. British Columbia hasn’t yet licensed the growers but is allowing construction. There’s also a lottery operation in Saskatchewan. 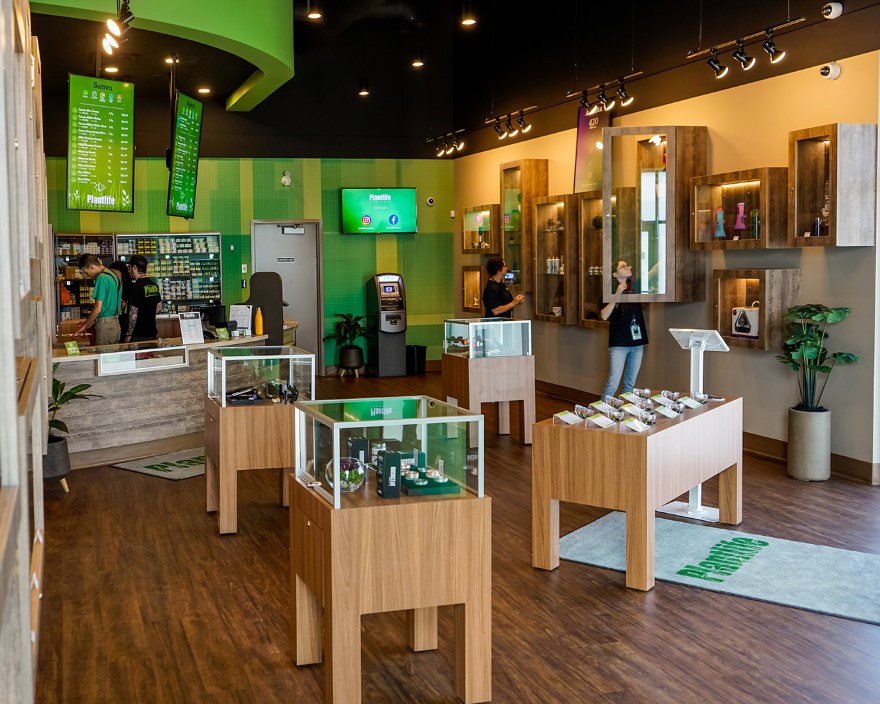 So there’s plenty for Chomiak and his colleagues to follow on this front, where at least in Alberta, they’re well ahead of the game.

“Our ability to self-perform construction has enabled us to build 12 stores since September and save a lot of money on construction costs,” he says. “Those stores operated throughout the restaurant shutdown, and the revenue stream helped keep Brewhouse growing. That’s the benefit of vertical integration and being diversified in this type of economy.”

As to how the now 40-year-old Chomiak came to handle construction for three different entities: It started three decades ago, when the boy from Lloydminster, Alberta, chased a rubber ball that went wide of the net during a street hockey game. 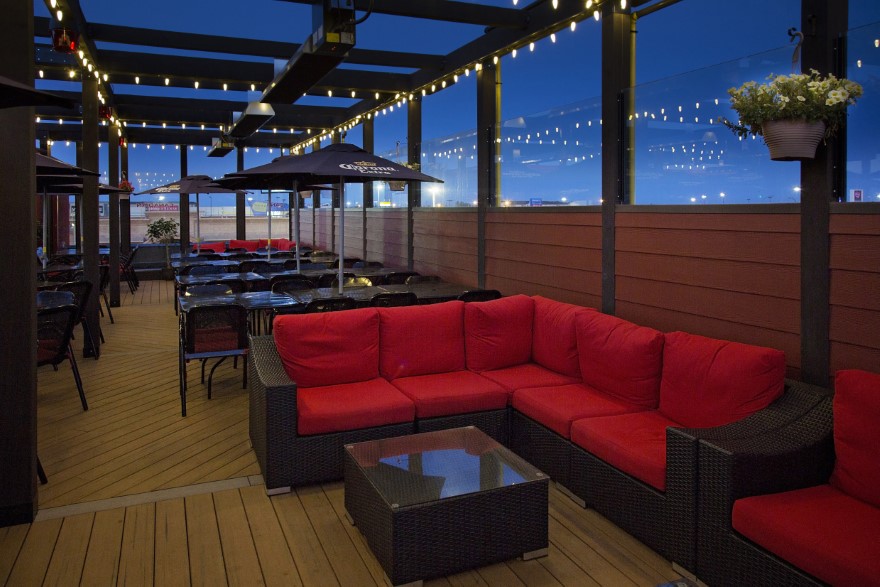 “When I finally retrieved it, I heard a huge noise in this house a few blocks away,” he recalls. “I wandered over and there was this retired engineer with his own workshop in his garage. That sparked a love for woodworking that never left.”

Something about seeing the results of one’s handiwork gave him a new goal. He’d volunteer to sweep a cabinet shop and try not to pester the guys there by asking too many questions. He’d build a spice cabinet for his mom, and pursue, but not complete, vocational education, as most of his learning came on the job.

He did those jobs well enough to be hired in an Edmonton millwork shop and progressed into project management. He was building a custom home when a blast from the past, Brewhouse CEO Mike Wheeler, called with an interview invite. 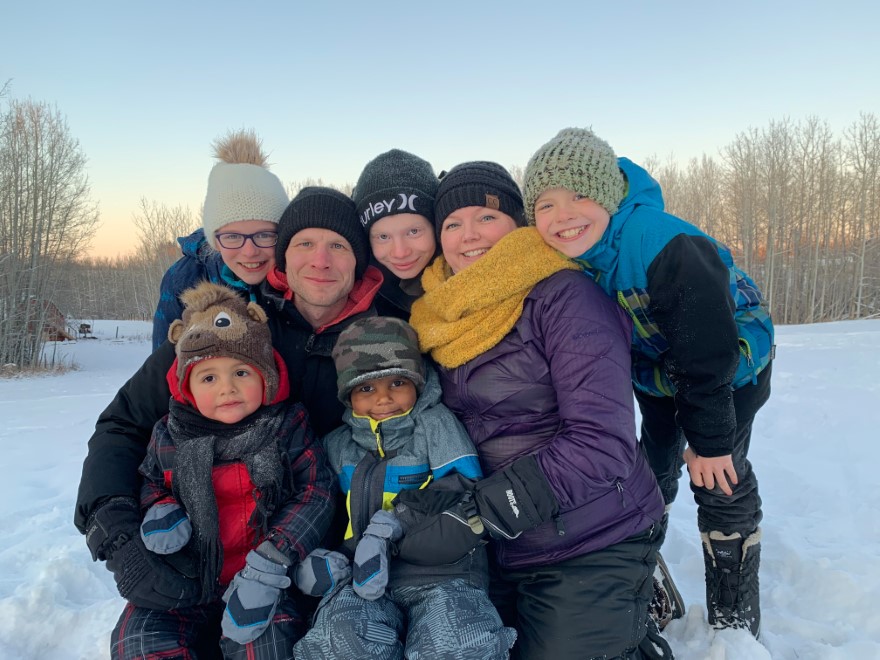 “Education doesn’t end in one spot,” he says. “It must continue. It needs to be a lifelong pursuit if you want to grow as a leader and a person.” 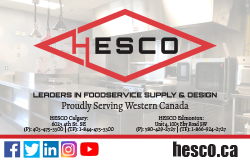 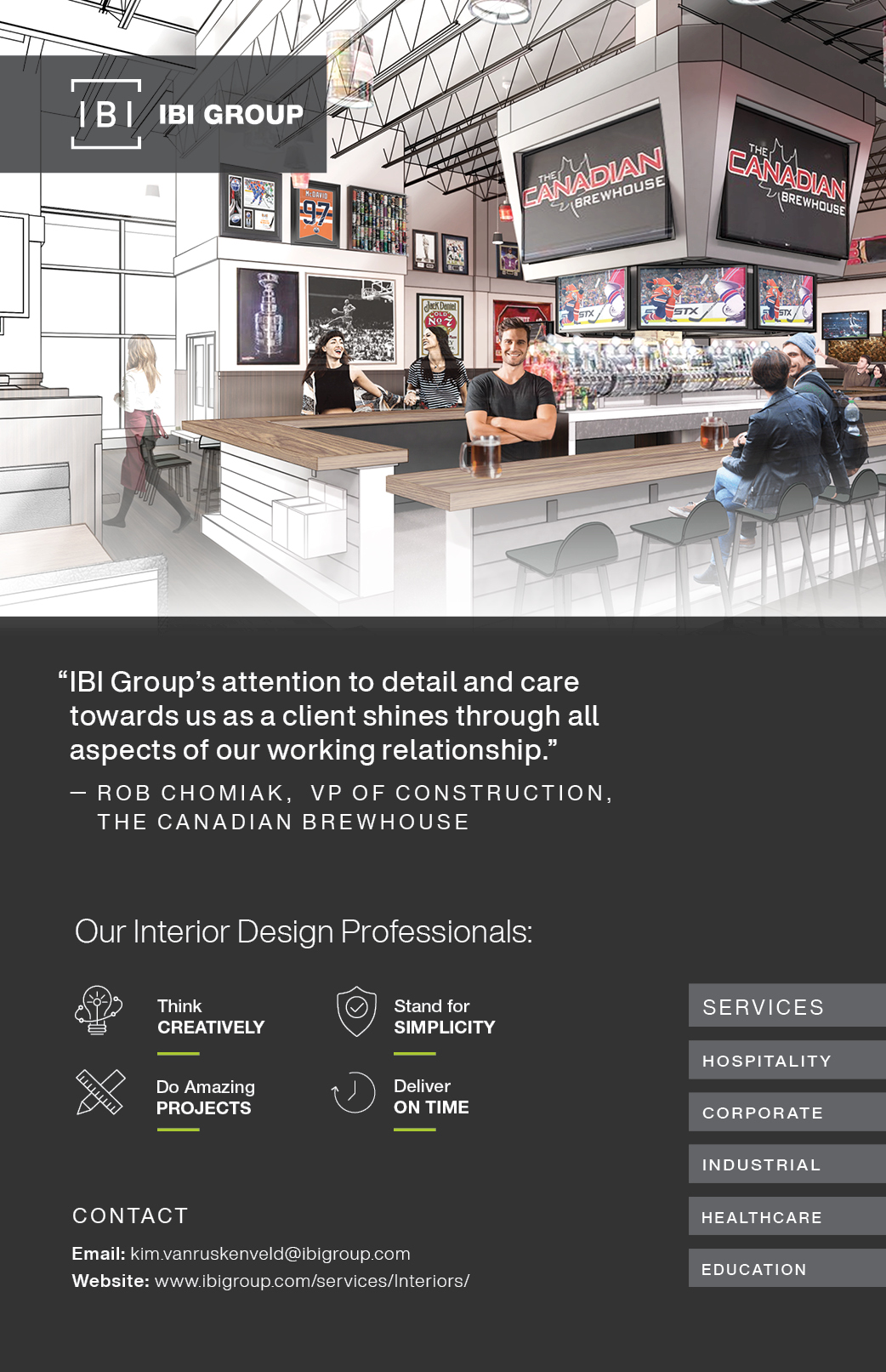 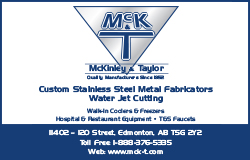 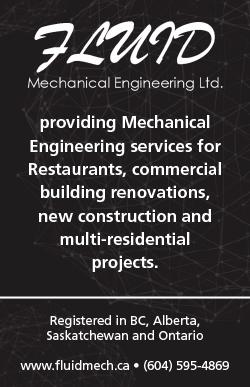 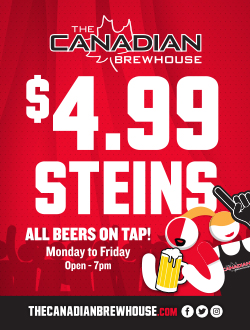 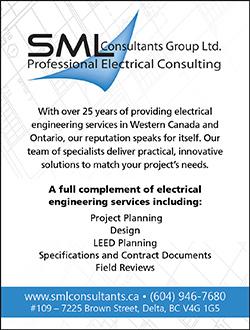