Calm in the face of any crisis

Such a moving target, this responsibility of outfitting facilities for maximum production. So many factors affecting it, maybe especially so around the Texas Gulf Coast where hurricanes can be an annual event.

But if Mother Nature becomes as unfriendly as in 2017, at least Empyrean Benefit Solutions is well prepared. RJ Kosadnar has seen to that. 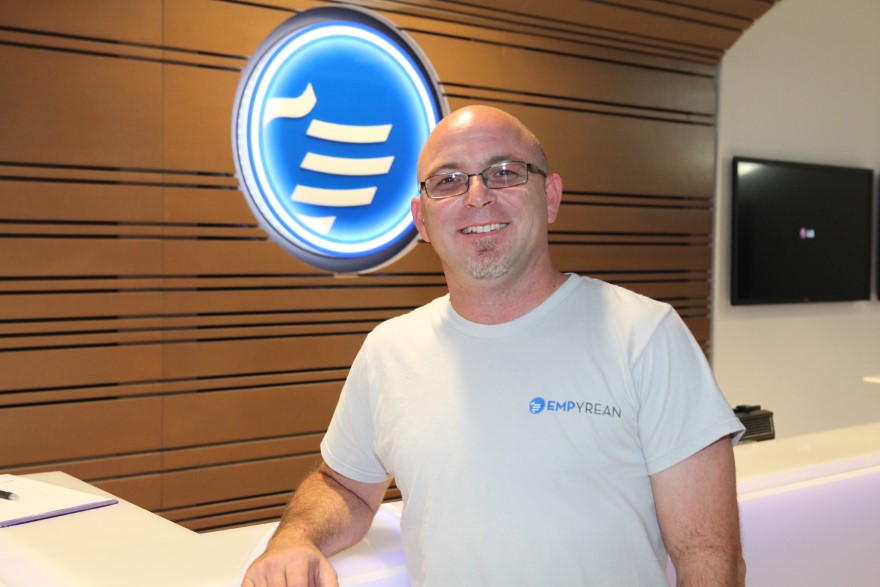 Empyrean’s director of facilities and senior contracts manager since 2011, Kosadnar was point man in finding new accommodations after Hurricane Harvey flooded the previous company headquarters that he had worked so hard to expand from 13,000 to 75,000 square feet.

“The water rose 28 feet around us, coming into the building and flooding the basement and first floor,” he recalls while chatting with Blueprint in August. “Though we were on the fifth and sixth floors, all electricity and main infrastructure were in the basement. So with that the building became untenable and we had to find a new home quickly. I began scouting for one, right when the storm was raging. All this while we were right in the middle of our busy season of open enrollment.”

He might have resembled one of those weather reporters in the driving rain, but he found his employer a new home, this one in Houston’s Westchase district, far from the old spot near Brays Bayou, which had so overflowed its banks. He negotiated the lease, redesigned the working space around existing furniture left by the previous tenant—“The company wasn’t keen about buying $3 million in new furniture right after something like Harvey”—and collaborated with Empyrean CEO Rich Wolfe, his mentor Ted Sanft, Creative Director Anthony Shumate, Infotech VP Rick Miller and the architectural firm Inventure Design to retain a familiar but fresh look. 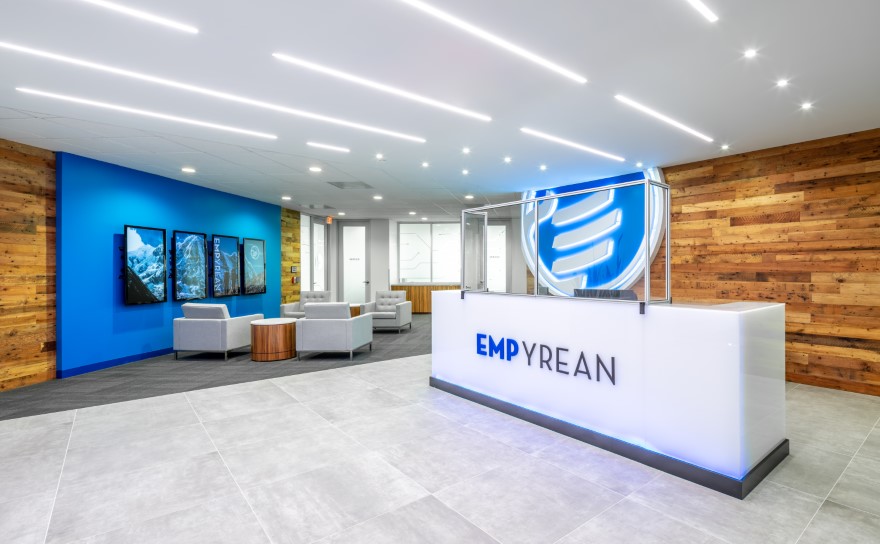 Working hard with his team, first in a sublease that eventually turned into a five-year direct lease, Kosadnar and Empyrean launched a $1.3 million dollar renovation to revitalize their new 105,000-square-foot space. Empyrean’s executive team provided much-needed support not only with the creative initiatives, but also in response to challenging times for many members of their workforce after Harvey.

“What we needed six months ago is much different now,” he says. “COVID-19 has forced us to reevaluate our operations.”

Pre-COVID-19, Empyrean—a major player in the healthcare benefits administration market—needed on-premises personnel and a lot of square feet, given the company’s labor-intensive operations that include a rare U.S.-based call center. Around 475 employees are located at its Houston base, enrolling new subscribers and answering concerns, as well as managing a bulk of the business operations, with a smaller but still significant number of employees working from the company’s satellite office in suburban Nashville. Then there’s the Minneapolis facility which mainly houses operations and sales team members. 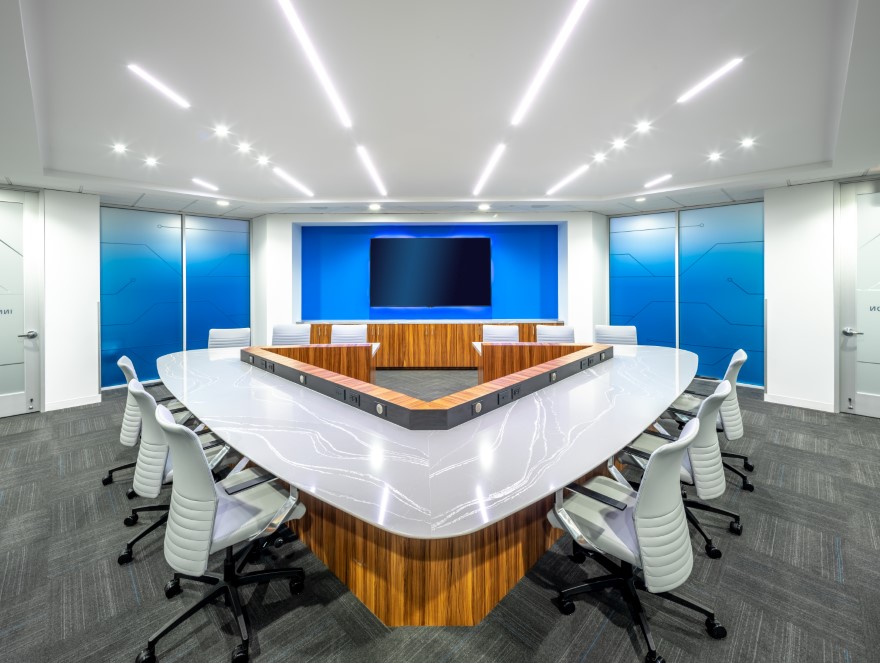 The Houston office had to be Class A with amenities that welcomed clients and fostered productivity and high morale among the staff. Now there are just a handful of people in each office while hundreds work remotely. Efficiently too, Kosadnar says, adding that Hurricane Harvey forced Empyrean to iron out its remote capabilities years ago.

Now, with the prospect of most workers across all three locales continuing to work remotely, Kosadnar and Empyrean’s executives have much to consider.

“Do we really need our 105,000 square feet in Houston?” he asks. “Our spatial needs are changing. No company can be 100 percent certain what the future holds.”

Meanwhile Empyrean’s Minneapolis facility is undergoing a $1.5 million expansion, but at least Kosadnar and his team can factor in the impacts of COVID-19 as their plans take shape, at all times accounting for each location’s unique culture and business needs

A rare certainty in all these equations, he says, is that Empyrean still needs its three facilities. But beyond that? 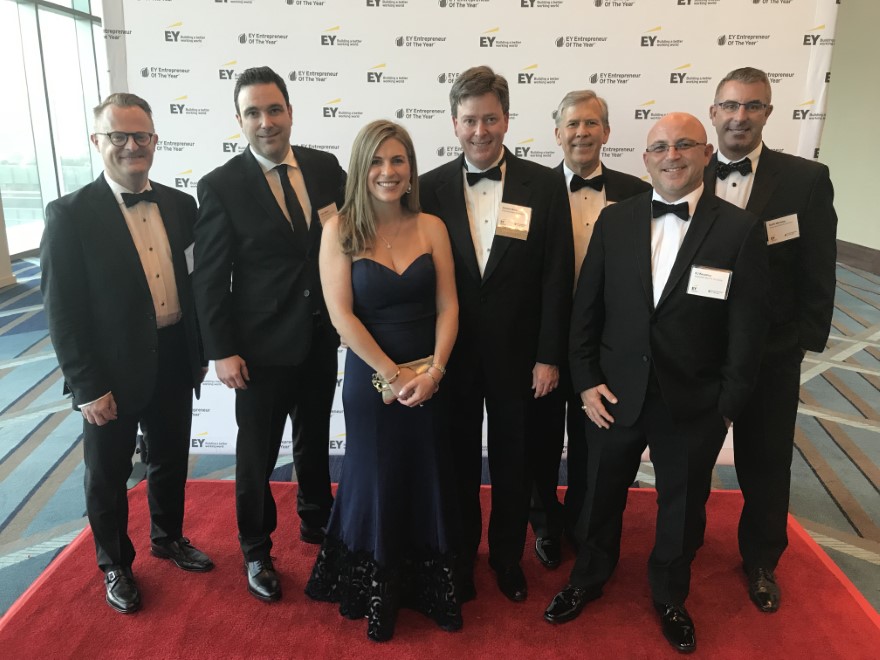 Even if just half the personnel return to the office, they might need more space per capita, for at least as long as social distancing remains the norm. That has implications for existing furniture and workplace optimization. But the socialization aspect is an intangible, Kosadnar reminds, and the Empyrean workforce much appreciates the collaborative spaces, conference rooms, break rooms, training areas and more, that’s offered by the company.

“We’re doing our best to think ahead of time, trying to keep costs down and find a way to use our spaces effectively without trying to retrofit everything,” Kosadnar says. “Fortunately, my team, which includes my office operations manager Pete Lopez, and I are pretty good at logistics—how to optimize staff, workplace strategy and solutions, managing budgets, etc.”

Empyrean has gotten a two-fer with Kosadnar as he also manages the contracting for internal vendors, such as HR and IT, in addition to overseeing corporate facilities. But to him, the responsibilities do complement each other.

“I’ve had dual roles over my many years,” he says. “After college, when I was running bars, I did the facility work and contracted with vendors. I’ve continued to leverage those skills throughout my career and that has served me and my employers well. Understanding the contracts behind the facilities is important to making sure the vendors that help your business run are of high quality and reliable.” 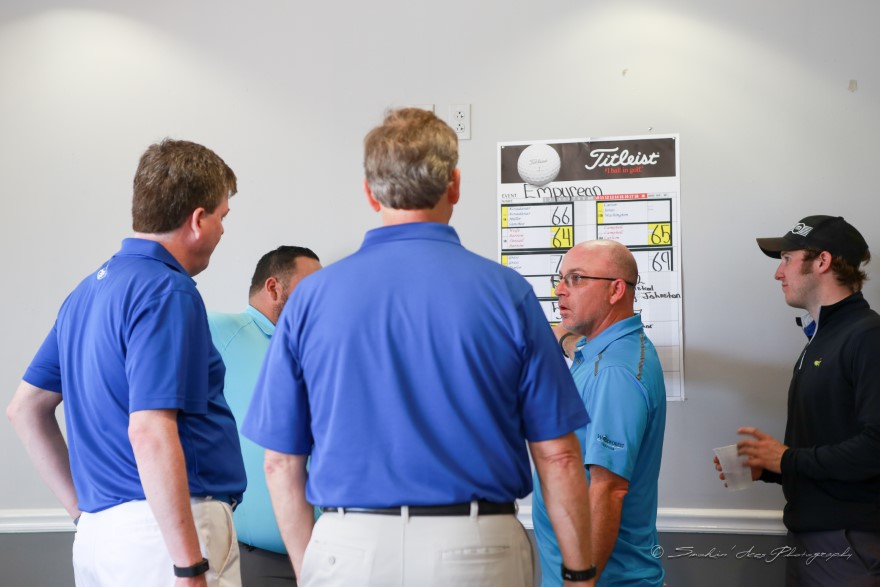 Kosadnar earned a degree in business administration in 1997 at Texas A&M. Upon moving to Houston, his work at local bars would prepare him for future pursuits that included contract oversight and some facilities management at several healthcare firms prior to joining Empyrean.

“The more responsibilities I could handle, the more it expanded my marketability,” he says. “I love facilities management, but also have a unique understanding of contracts and the liability, indemnification, confidentiality service-level agreements, etc. All these help grow and protect a company from within. Working with people like Jeff Peters at Focalized Networks helps make my job easier!”

He made an early impression with Empyrean leadership, undertaking project management for a $3 million corporate relocation and renovation that included overall space design, furniture procurement, vendor bidding and construction oversight. He also managed renovations for the firm’s facilities in La Vergne, Tennessee, for both the original move and the recent expansion.

The company saw the value of investing in this young man who willingly wore many hats, and contributed toward the cost of Kosadnar earning an MBA from Western Governors University in 2013. 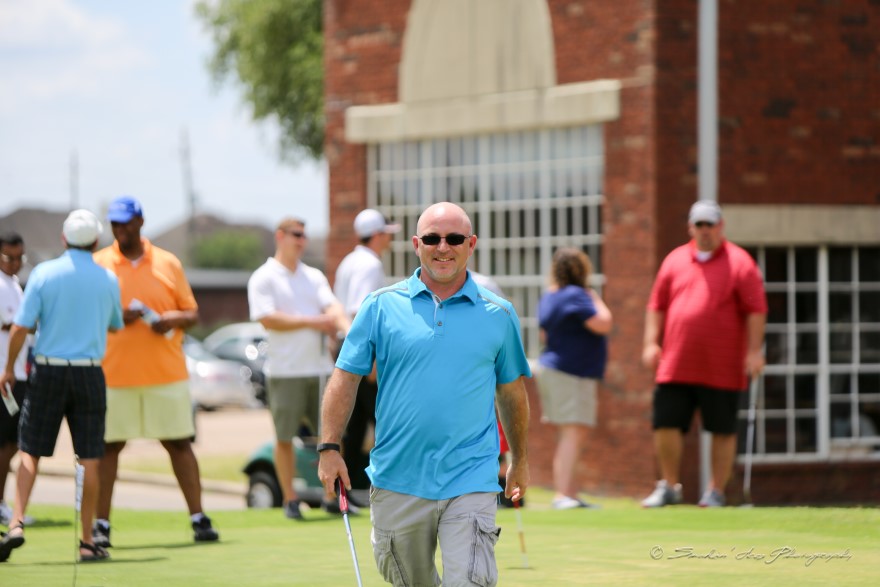 While it was difficult to watch his Houston initiative wracked by Hurricane Harvey, Kosadnar has always known that facilities management—and the team efforts and many of the contracts that fuel it—are moving targets. Maybe even more so with a pandemic in the picture.

But it’s an exciting and satisfying profession—as well as one that keeps him humble. Though he refers to his duties as corporate facilities management, that doesn’t always spare him from tasks hearkening back to the days when his responsibilities took some serious elbow grease—tasks that he still jumps in and helps with to this day.

“Before you called I was shampooing the carpets because some of our guys are on vacation,” he says with a laugh. “I’ve crawled under desks, fixed plumbing, changed bulbs and gotten dirty on the job. One key to facilities management: Never ask your people to do something that you wouldn’t do yourself. But facilities management is also about creating the best environment for the people you work with. My clients are the people in the cubicles and offices. A happy worker is a productive one!” 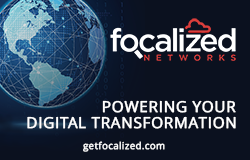