Word of mouth goes a long way for Rieber Contracting, but social media may go even further in keeping the Council Bluffs, Iowa, siding company ahead of its competition. Working jobs throughout the Midwest, Southwest, and Pacific Northwest, CEO Jalon Rieber and Regional Sales Manager Bill Heydenreich say the company relies on its completed jobs to generate new ones as much as it does traditional marketing.

Displaying those jobs on LinkedIn and Facebook adds a visual dimension to the references from contractors and siding manufacturers. 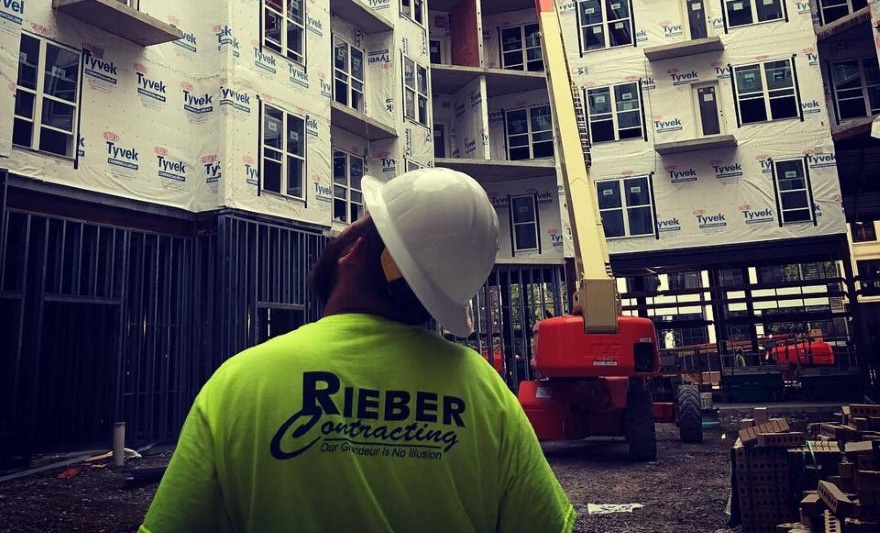 “We took huge advantage of social media in the business, and we establish relationships so people know you are legitimate and a good person to work with,” Heydenreich says.

Rieber Contracting installs fiber cement siding–composite panels resembling wood or masonry offering durability no matter the outside elements. The 4-foot-by-8-foot panels are noncombustible, termite resistant, adhere to a layer of insulation to the building’s exterior, and can last 50 years.

Saying no job is too big is not an idle boast, as Rieber Contracting just finished siding The Deacon, a 13-story, 147-foot-high student housing building at the University of Cincinnati. Jalon Rieber says no building that tall had ever been sided by any company. The job, which took six months to finish, spread through multiple building wings, with one side bordering a parking garage.

“We carried a lot of it like we were building a pyramid,” Rieber says about siding and materials getting hoisted on scaffolding to the upper floors. 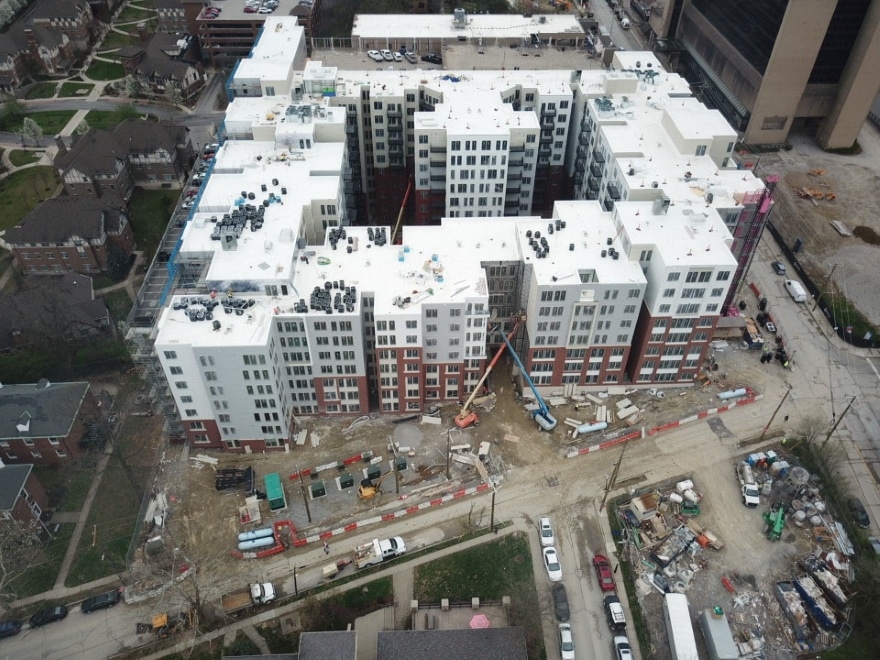 While other siding jobs don’t rise to such heights, they can stretch long distances and need to be done quickly. In Des Moines, Iowa, Rieber employees sided 10 buildings, each 150 feet long, finishing them in just six weeks because students would soon be moving in. That’s a company niche—quick and precise work.

“It has to be laid out military-style,” Rieber says about setting up a site. With 300 people on his crews, the company is prepared to do multiple jobs spread out miles apart, but makes sure newer employees are teamed with experienced ones.

Reliability and economy also make Rieber well known, Heydenreich says, as contractors and industry reps for siding companies such as Allura and James Hardie provide references. Others give a good word, too. The Deacon job came about after a contractor reference about Rieber Contracting’s work at Todd Living, a student apartment community built in Columbia, Missouri.

Founded in 2015, Rieber Contracting has enjoyed 100 percent revenue growth in each year since, and Rieber and Heydenreich confidently forecast the same for this year. The “have siding, will travel”- emphasis keeps work going year round, and Rieber puts profits back into the company to keep it well equipped.

“We go all year, work right through the winter, take on a load of work in weather-friendly locations,” Rieber says. 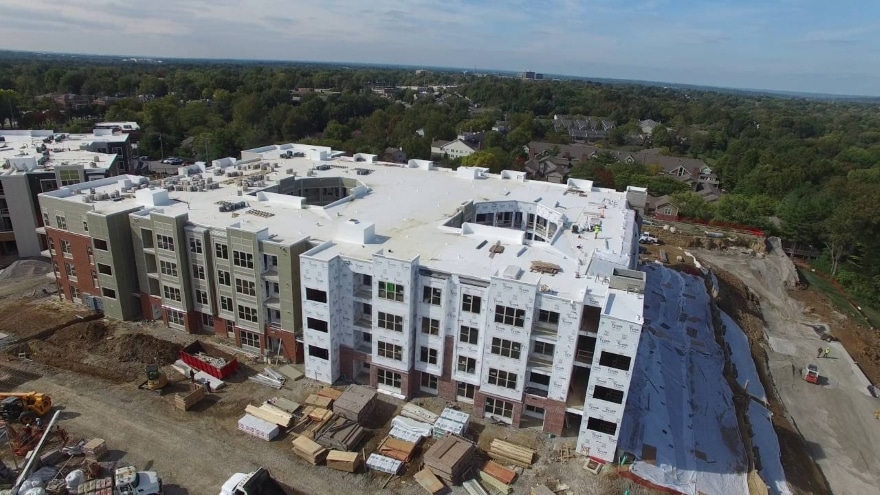 One of nine on the sales staff, Heydenreich has 20 years sales experience, and says Rieber Contracting’s growth trajectory attracted him a couple of years ago. Not all job leads find him; he says he still refers to lead generators such as the Dodge Data & Analytics website.

“Sometimes there is cold calling, kind of depends, if you build a good relationship with someone, they are likely to give you an upcoming job,” he says.

Sales experience can be applied in many ways, but enjoying the company you sell for can be rarer.

“This is honestly the most fun I have had at a job,” Heydenreich says. “People don’t quit jobs; they quit supervisors, so if you have good people to work with it makes it enjoyable.”

Rieber Contracting is not precisely a “pull yourself up by your bootstraps” story, but it did begin in the (storm) gutter as Rieber and company Vice President Ryan Garcia started their first business installing gutters as teenagers. The jobs were too weather-reliant, Rieber says, who recalls chasing the aftermaths of storms for work. So they tried siding, and after some bumps, grew to a company of 30. Contracts for siding commercial properties such as motels increased, and the big break came when Rieber and Garcia finished a job for Construction Enterprises that three other siding contractors had bailed on. Rieber lived in his van at the jobsite to be sure the work got done on time and within budget.

The van is gone, but Rieber says he is winging it a lot as he flies to jobsites five or six times a month. The company does not have a central office; it is run from his home. He jokes about his ambition to run it from a cruise ship someday.

With annual revenues at $20 million, Rieber is also looking to expand, likely into real estate development, he says.

“Once you succeed, you have to set your sights a little higher,” Heydenreich adds. “You don’t want to become stagnant and caught up in your day to day.” 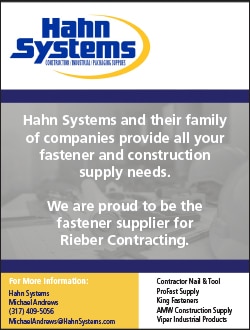