Building efficiencies and economies in this medical neighborhood

Versatility may be just what the doctors ordered. Literally.

So says the man in charge of support services and construction administration at an upstate New York hospital that’s immersed in an ambitious multiphase redesign and expansion.

Planning for upgrades to UHS Chenango Memorial Hospital commenced in 2015, with the hammers finally ringing three years later. Noting how the needs for health care can change, Richard Stone intends for the hospital to have the means to quickly adapt to whatever the future brings. 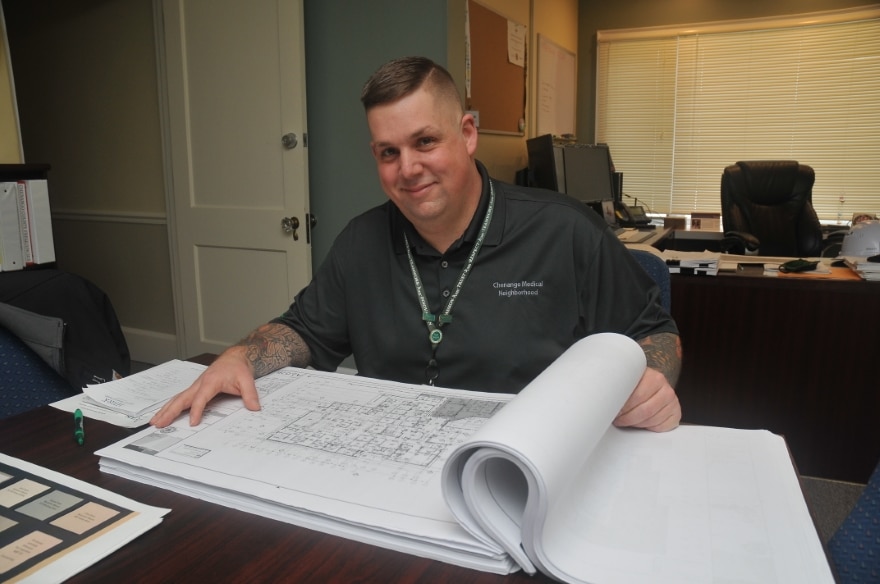 “We’ve realized how health care is changing and how you can’t build to too specific a model,” he tells Blueprint this past December as transformation continues for the ambulatory services redesign—the first of three phases that, come the late 2020s, will comprise what will be the Chenango Medical Neighborhood in Norwich. “You also can’t spend a fortune doing something that will become outdated and require constant change.”

The emergency department often being a patient’s introduction to any hospital, it’s where the project began. Only this will be a hybrid of sorts, an urgent care walk-in and comprehensive emergency facilities, sharing caregivers as well as flex space that can be adjusted depending on caseload and needs of the community.

It’s a model that Stone believes other such hospitals should pursue. A “monster” ER often goes underutilized in non-metro areas, he explains, but a hospital must always be prepared for a “worst case scenario” such as a plane or bus crash. There’ll also be a more open feeling, the ER’s current narrow corridor giving way to a wider space and allowing staff to glance at multiple patients instead of one.

While safety protocols during COVID-19 and revised construction plans have delayed some aspects of construction, the ER is on track for completion this September. These renovations will allow the hospital to be better prepared for the current pandemic and any subsequent ones, he says. 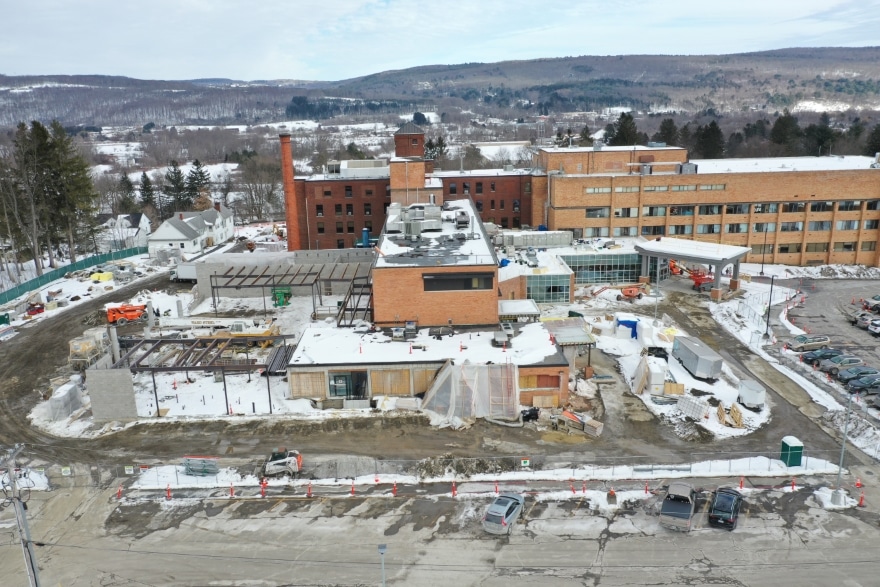 Included in the ER upgrade will be a two-room decontamination suite as well as four negative-pressure rooms. As luck would have it, Stone’s crew hadn’t yet put up the walls when the pandemic hit and the need arose for better protection against airborne viruses.

“With a quick pivot and design change we were able to apply multiple lessons learned during this pandemic that will drastically increase our capabilities,” he says, noting that the planning process coincided with the Ebola scare of six years ago. “Thankfully, we didn’t receive any patients back then, but it alerted us of the risks of infectious diseases.”

Stone’s background is intense in emergency response—two decades as a volunteer firefighter and ham radio operator—and his input is welcomed by the Chenango executive team as it plans for worst-case scenarios. But he’s far from the only one weighing in with advice.

“It’s a hugely collaborative process,” says Stone, who worked with an architect in fashioning a plan on paper that got the support of a steering committee. “Everyone from the senior staff to the front-line staff were involved in the planning. We set up multiple task teams for the ER, urgent care walk-in, imaging services and multiple others. We even rented an empty storefront to construct a model.” 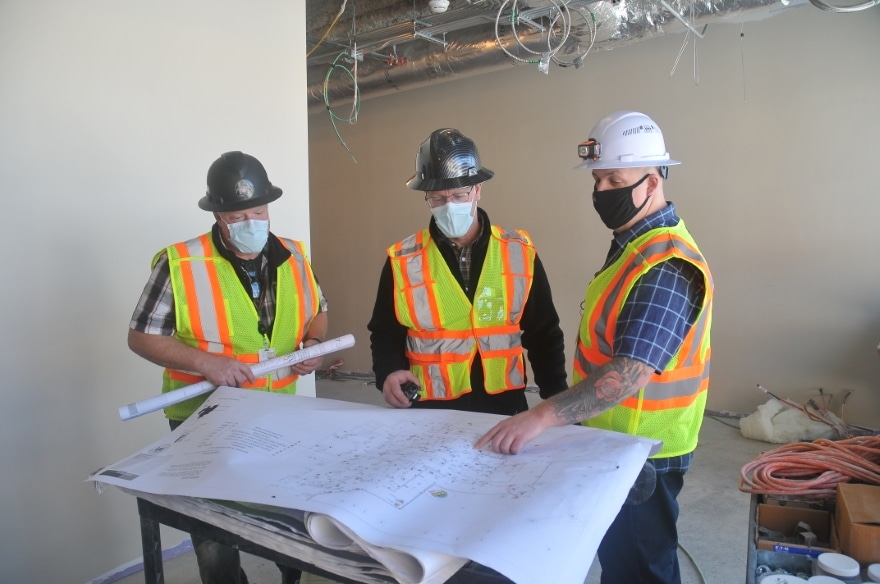 While the upgraded ER won’t be a trauma center per se, Chenango does have a helipad to transport the most critical patients to one of the larger hospitals. Also included in the project will be the replacement of a 50-year-old boiler system and investments in technology for diagnostic imaging and telehealth expansion.

A nonprofit hospital noted for its independent work while part of the UHS system, Chenango conducted a very successful capital campaign to cover much of the cost of Phase 1. The team continues building funding for Phase 2, which focuses on primary and specialty care and includes renovation as well as a small addition to the main building. Stone hopes to break ground on the heels of Phase 1. Then comes the third and final phase, which will upgrade the post-acute and 80-bed senior living facilities located within the main campus of the hospital.

“We’re confident we have another six to eight years of construction in the works,” he notes. “As we work through our channels, we are hopeful that by the end of 2028 all three phases will be complete.”

The New York State Department of Health had to sign off on the Chenango plans, and, obviously, much can happen in the interim. But the flexible approach should leave the hospital prepared for many years to come.

And the 37-year-old father of three relishes his role. A 2003 graduate of Briarcliffe College with credentials in computer and network technology, Stone had to broaden his skill set, though he had ample opportunities to learn as a boy.

“My dad and one of my brothers are electricians, and I have another brother who’s an architect,” he says. “I also have carpenters and plumbers in my extended families, and I’ve been building projects all my life.” 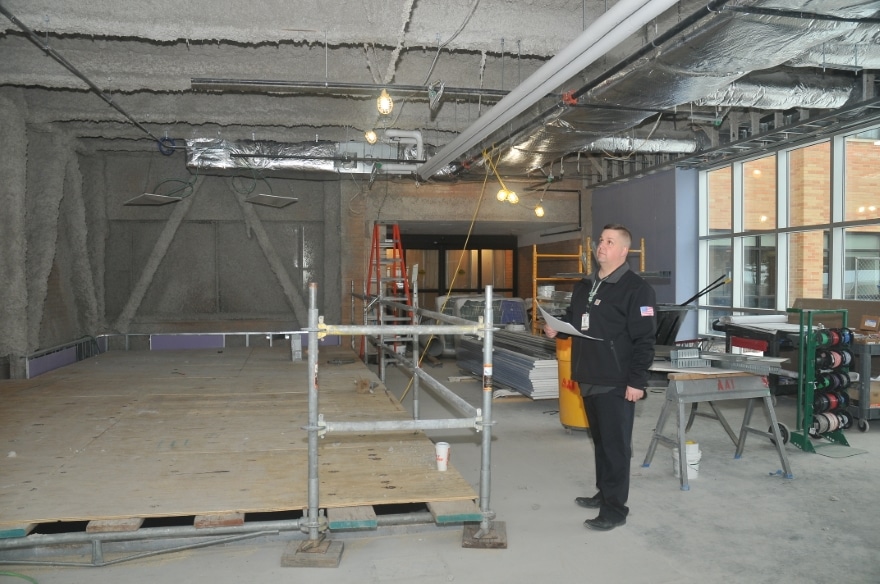 Among the first notable ones was an insulated activities building with electricity and running water that he built as an Eagle Scout. Even before graduating Briarcliffe, Stone was overseeing some infotech at the Long Island educational service provider Nassau BOCES. He joined the Chenango facilities crew as a tech support specialist in 2005 and has earned seven promotions, his most recent in January 2019, all while volunteering as a firefighter with the McDonough and Norwich departments, respectively.

“Early on, my boss told me I’d be involved in every project, and I wanted to be,” he says. “I did my own research, took courses, transformed my IT background into a technical services concentration before moving completely into facilities. My emergency management background also helped move me in this direction.”

“I am really excited how my career has developed and extremely happy that in my current role I have retained the responsibilities that I have picked up along the way,” Stone adds. “This role encompasses all of the areas that I have enjoyed working in over the years.”

Infection control was something new, he goes on to say. Especially since last March. Though that didn’t faze him.

“I’ve learned how to keep the dirt down,” Stone says. “I know how to keep the operating room, sterile processing and other essential areas safe. I just keep branching out.”

categories: Building for the Future, Healthcare 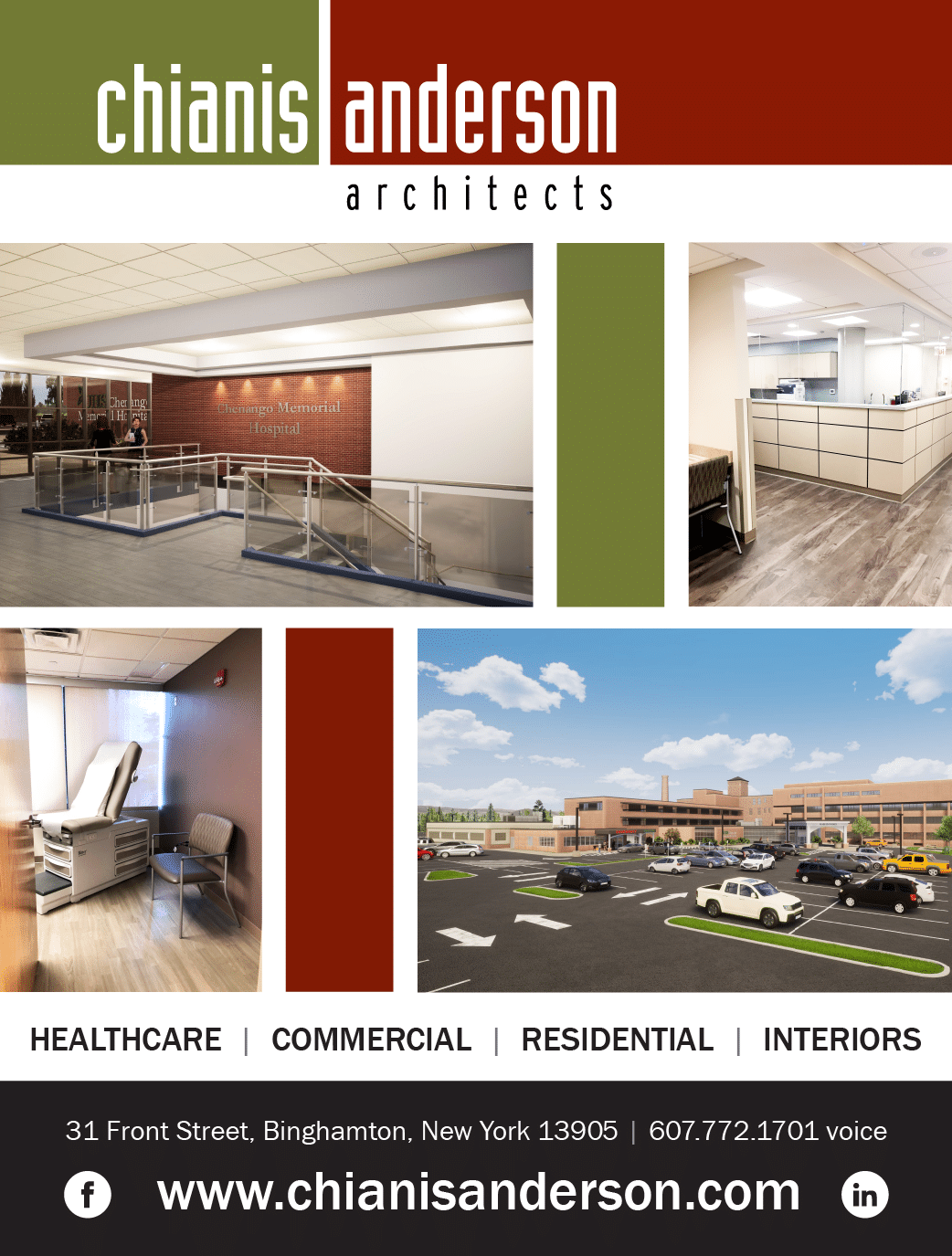 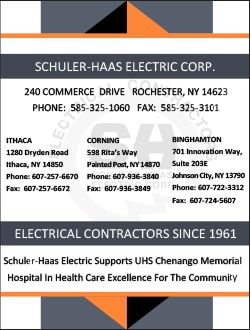