With a degree in construction management, Richard Carr says there were plenty of opportunities early—and throughout—his career to take a lucrative position in the market-rate housing industry. He could’ve worked for a large real estate organization and helped build luxury townhouses and high-end apartment complexes, for example. But for him, there was always something missing in these flashier jobs.

“I never thought those developers cared about their end users and instead focused on making money,” Carr says. “To me, building 50 units of affordable housing is more satisfying than building a 50-unit luxury high-rise.” 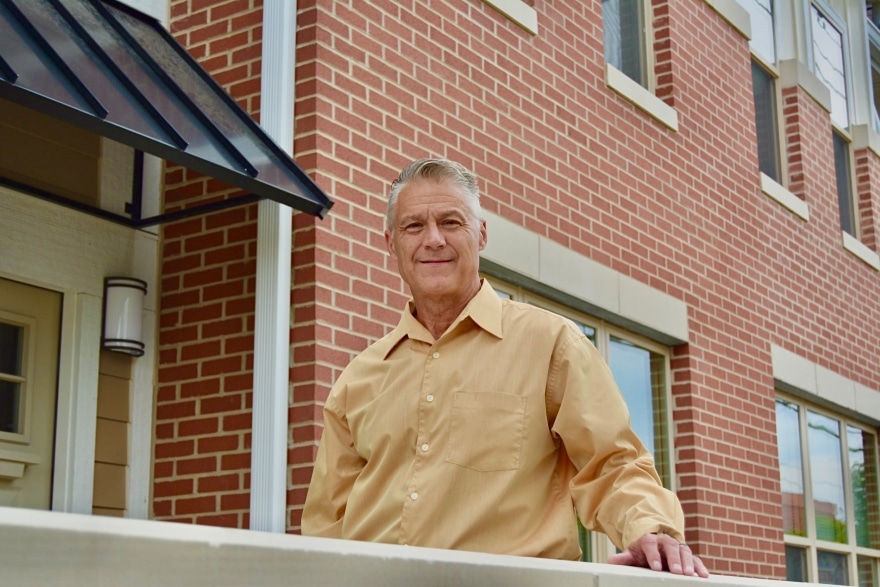 After more than seven years working for public housing organizations in the Pennsylvania and New Jersey markets, Carr now serves the homeless community in Northeast Ohio as director of real estate development and construction for Emerald Development and Economic Network Inc., or EDEN.

Homelessness is one of the biggest social problems in the U.S. EDEN, a Cleveland-based nonprofit organization, works to provide resources and opportunities for people experiencing the challenges of housing instability and homelessness.

“Housing is our foundation, and the connection between housing and the services we provide is the key to the success of clients we serve,” Carr says.

A chance at a better life

The biggest project in the pipeline for EDEN is the expansion and improvement to the organization’s downtown Cleveland women’s shelter, the Norma Herr Women’s Center. Right now, the facility has 175 beds in 25,000 square feet of space in a dormitory-style setting. That layout can help facilitate the spread of viruses and other contagions, and woman have complained about living conditions in the building.

According to Carr, the COVID-19 pandemic proved the necessary impetus for change. The women, many of whom are transient and don’t stay in the shelter for very long—typically a year or less—will be separated and able to have more space to themselves, including their own bathrooms. In all, an additional 27,000 square feet will be added, and there will be private, non-congregate sleeping areas and separate bathing facilities.

“It will give the women a sense of dignity and will foster a cleaner environment,” Carr says. “The additional space will also make it easier for the EDEN to manage and maintain the space.”

The city has already approved portions of the project, including some of the necessary building permits. Carr hopes to have a contract in place soon, with construction set to begin in January 2023. Because of supply-chain constraints—elevators could take 12 months or more to arrive—the project will likely take a year or more to complete.

Once the expansion is finished, women will move into the new space while EDEN renovates the current one. The entire project is expected to be finished in 2025.

“While this significant expansion and renovation of Norma Herr Women’s Center is happening at an incredibly challenging time due to construction-related costs, supply-chain issues, and staffing challenges, EDEN is absolutely committed to making the center a more secure, nurturing and welcoming space,” Carr says.

Trying to keep up

All told, EDEN has seven projects underway—and demand is only increasing.

In Cleveland, a permanent housing project for seniors ages 55 and older is in the early stages of development. This building will cater to people living with a disability and who are homeless and will include amenities and a building to compensate for impairments. Examples include larger bathrooms with mobility impairment features and roll-in showers. There will also be accommodations for Alzheimer’s patients and people with dementia. 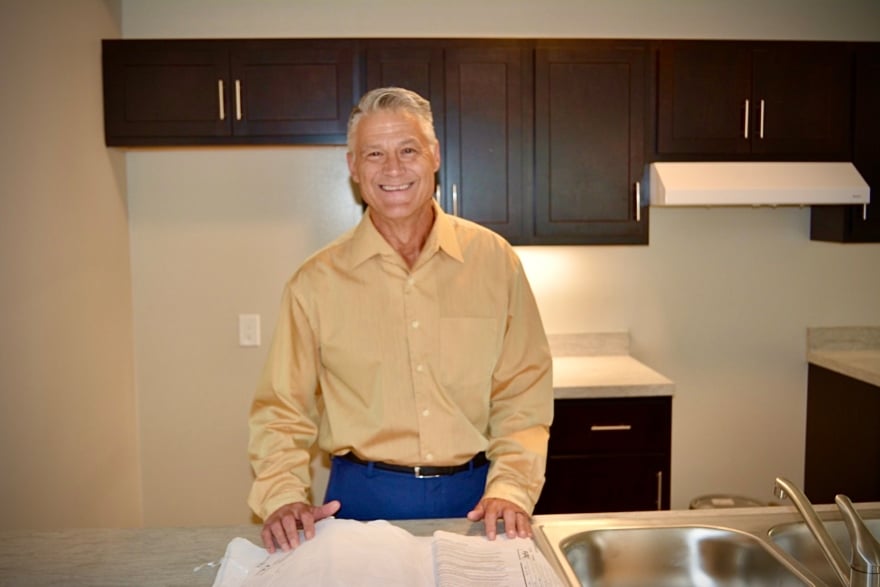 EDEN has also been part of a team awarded tax credits for a housing development to support young adults who are unhoused. Carr says the development teams is working on securing additional funding and expects the project to be completed in early 2024.

Several other projects are smaller in scale but no less important, Carr says. At two existing, aging buildings, units are being added to accommodate additional people; and EDEN is also working on an adaptive re-use of an existing retail/housing building. Overall, EDEN is working on about $75 million of affordable housing construction in Northeast Ohio.

More than just the money

Born and raised in Elyria, Ohio, Carr was interested in construction from an early age. Farming and assembling things excited him and he remembers fondly his collection of Lincoln Logs and Erector sets. Drawn to math and science, he initially thought about becoming an engineer, but ultimately went in a slightly different direction.

While studying at the University of Cincinnati, Carr says he was enthralled at all the construction on campus and was fascinated by how buildings were erected. He earned a bachelor’s degree in construction management and an associate degree in civil engineering.

“I was mesmerized watching all these buildings go up and watching everything come together,” Carr says.

Community service has long been part of Carr’s calling, he having spent four years working for the Philadelphia Housing Authority before leaving in 2009. He then spent two years as project controller for Community Investment Services in New Jersey before spending more than a year as senior manager of facilities and special projects for Philabundance, a nonprofit food bank.

When Carr moved back to the Cleveland area in January 2014, he joined EDEN.

“I’ve always been inspired to build things that make a difference in the community, and I look forward to continuing that important work,” Carr says. 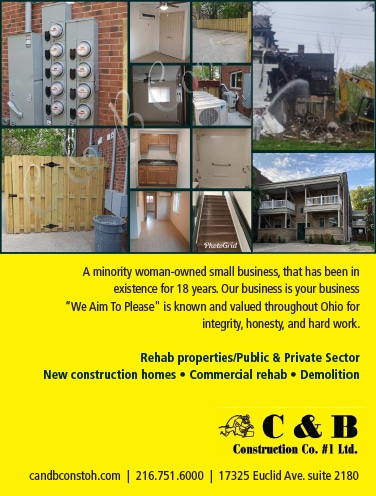 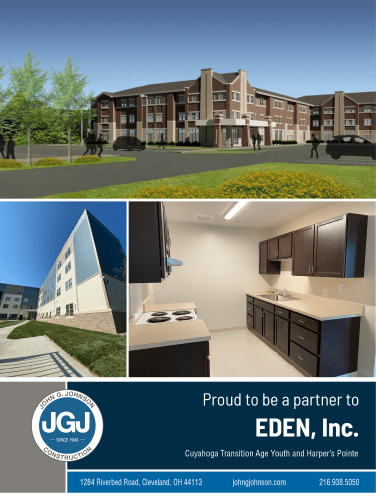