Richard A. Yeager – University of Massachusetts-Amherst

There’s a lot coming to the flagship campus

There’s got to be some more “there-there.” Richard A. Yeager laments the phrase, but concedes its wisdom. Especially in his role of the past year as director for campus planning at the University of Massachusetts-Amherst.

While he’s quick to acknowledge the more than $1.5 billion of capital improvements and new buildings over the past 15 years, Yeager sees opportunities aplenty to enhance the flagship campus of the Commonwealth’s public university system. He’s got a lot to work with, UMass-Amherst being in the heart of the Pioneer Valley’s bucolic green splendor, and just a couple of hours’ drive west from Boston. Only the campus itself has been characterized by some as aesthetically challenged. Yeager doesn’t agree with such an assessment but has ideas aplenty to upgrade its beauty.

“Small moves can have big impacts,” the congenial Yeager tells Blueprint in mid-September as the 1,450-acre campus hustles and bustles with 28,000-plus students and more than 5,400 faculty and staff. “Small moves that don’t cost much, but can rally interest and energy that enhances the UMass-Amherst experience.”

And there’ll be big moves as well.

Any campus needs a landmark and it’s up to UMass-Amherst to make the most of its amenities, he says. For starters, there’s the Campus Pond, which once provided a source of ice for the university during the pre-refrigeration days of long ago. More recently it’s made an agreeable backdrop to spring concerts and other events.

The university needs to pay more attention to it and look for opportunities to ensure the pond continues to be a showcase, Yeager says. It’s a space beloved by students, faculty and staff alike. Adding flowering trees and flora by the shoreline won’t break the school’s budget, and will enhance the overall image. 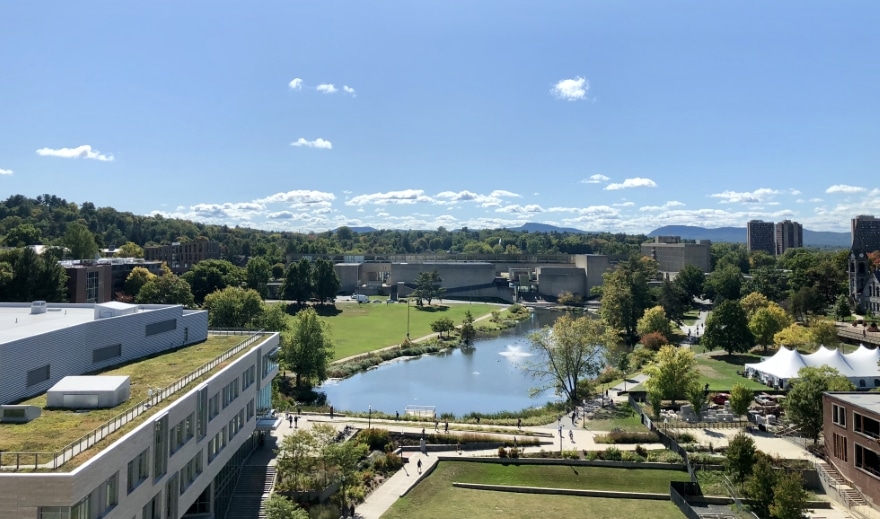 “Just another small move with a big impact,” he says.

One that also seems overdue, as campus polling has yet to unanimously agree as to which is its most signature building. Still, how many universities can boast of a signature body of water, Yeager rhetorically asks. The answer being “not too many,” he wants the Campus Pond to be further recognized for its importance to the university’s sense of identity.

But lest anyone doubt the choice of an iconic building, Yeager reminds of the majesty of the Old Chapel, recently restored to its past glory. Only its big round clock hasn’t been chiming on the hour for a long time. Soon it will be, Yeager having brought in a crew to have it reactivated.

A preservationist at heart, Yeager’s attention to matters like the importance of the chiming of a historic clock seems consistent with his comprehensive approach to campus planning.

The “old bones” of a building should be considered for renovation before the next ground-up is underway. “It’s a more sustainable approach in the long run,” he says, noting the need to be fiscally prudent at a state school.

It’s this approach that’s going into some major projects as well, including the $62 million renovation of the 62-year-old Student Union Building that began earlier this year and is targeted for completion next fall. Partially financed by student fees, it’s said to be a “global campus living room” in the making, with a highly active interior main street style promenade lined with retail, student services and businesses, and a black box theater included with those new and improved—and LEED efficient—“old bones.”

Yeager also sees it as one very transformative “bookend,” the other being the replacement of an old dining facilities building with what will be the 87,000-square-foot new Worcester Commons that’s following a similar time frame. There will also be a retail food café, a commercial bakery, a restaurant and student space for such diverse activities as music, fitness and simple contemplation.

And between those bookends, there will be the upgraded Campus Core Utilities, Landscaping and Accessibility Project, a $32 million endeavor that will waterproof the subterranean levels of the Campus Center and Garage, re-establish a vital pedestrian corridor and bring other areas into compliance with the Americans with Disabilities Act.

More recently the campus was approved to proceed with selection of a development team for a public-private partnership to build housing for upward of 1,000 students and replace a residential facility for graduate families. Yeager’s input will also be tapped as UMass-Amherst continues to conduct facilities and campus planning activities with its new acquisition, the campus of the former Mount Ida College in Newton.

Though Yeager’s division of campus planning can be said to be at the front of a three-legged stool, he says it’s just one among equals. There’s also the leg that implements planned construction projects and the one that is responsible for the ongoing operations and maintenance of the campus. It’s a continuous cycle of coordination to ensure that the university is delivering the best service possible to the campus.

No rivalries here, Yeager says, adding that the three divisions work as a team, one whose goals include moving UMass-Amherst up from the 24th slot on U.S. News & World Report’s new ranking of the nation’s top public universities. 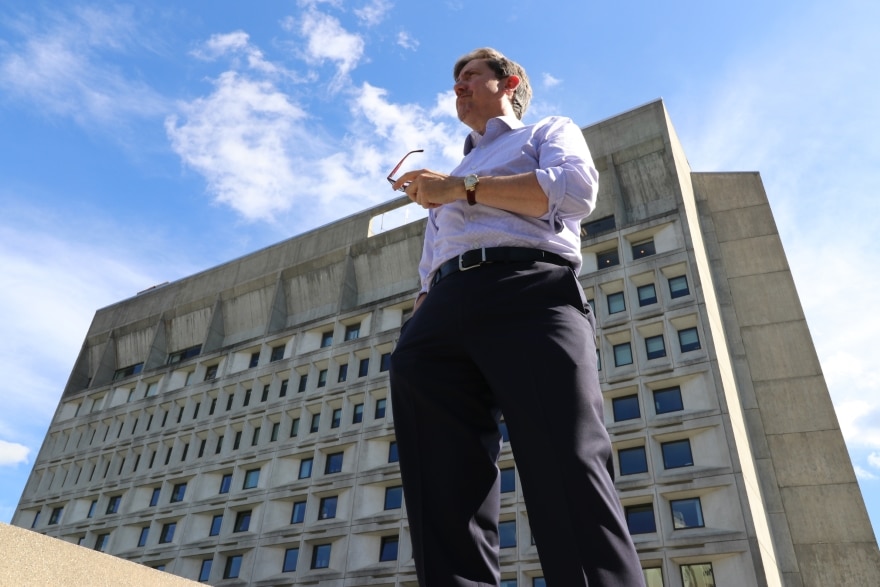 “That’s two up from last year,” he says proudly. “We’ve been climbing steadily over the past decade and the chancellor [Kumble R. Subbaswamy] tells us ‘crack the top 20.’ We’ll do it.”

It’s that attitude that figured in the university luring Yeager from his role of over 13 years as assistant director of planning and design at Boston College. Challenging as that position was, UMass-Amherst means playing in a more advanced league—the campus acreage, the student body and the amount of square feet of facilities being multiple times larger than what’s at the private, parochial school in Chestnut Hill, Massachusetts. Shane Conklin, associate vice chancellor for facilities and campus services, expressed his excitement for hiring Yeager from a talented pool of candidates. “We knew his skills and experience would make him an outstanding partner for campus stakeholders and we’re already seeing this play out in the first year,” he says.

And the Pioneer Valley is feeling more and more like home to the 54-year-old Yeager, who’s leaving his apartment in the Boston neighborhood of Brighton for the rural town of Hadley. He’s also had to vacate his position of a dozen years on the Boston Landmarks Commission, but such are the consequences of a career shift.

“I love the challenge of coming to a campus this size and being in a position to make a difference,” says Yeager, whose credentials include an undergraduate architectural degree from the University of Virginia and a master’s from Yale. “They’ve [UMass-Amherst] had several directors over the years, and now the buck stops with me. I’m fortunate to have a great team of people to work with and I don’t plan on going anywhere else. I want my time at UMass to take me well into my 70s.”

There should be plenty to do until then. Such as putting in more “there-there” to enhance the university’s sense of identity. 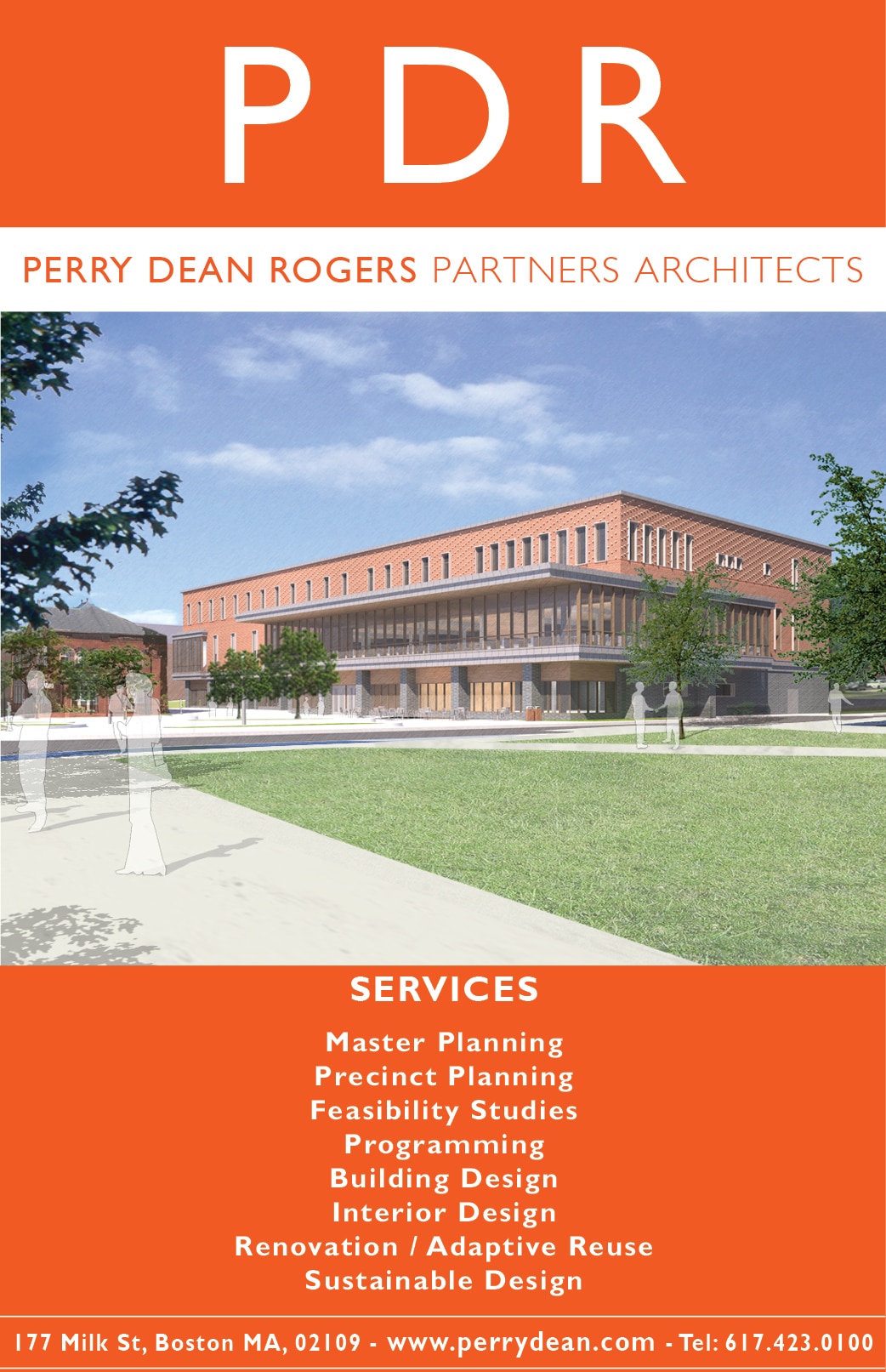 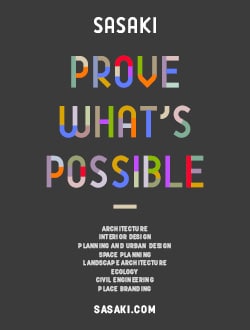 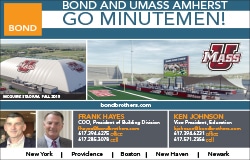 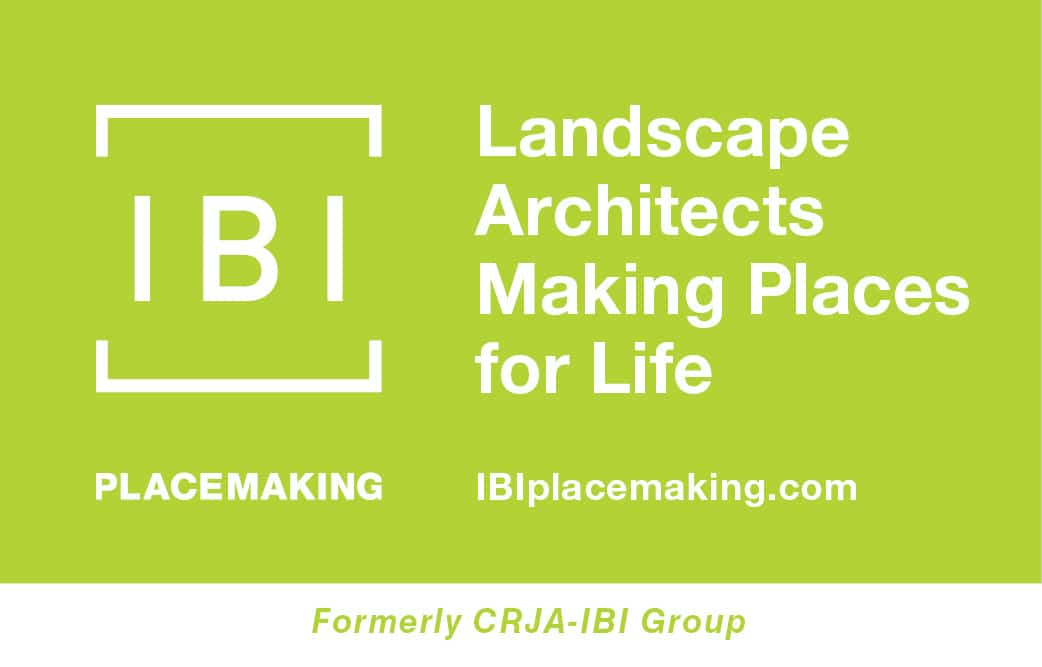