Its heavy equipment is a go-to for construction, engineering and agriculture, but not every corporate client can afford to buy what’s on a Caterpillar lot. Even the automotive companies in Michigan often opt to rent rather than purchase machinery when upgrading their production lines.

So noted MacAllister Machinery a decade ago. An Indianapolis-based renter and seller of construction equipment, it bought the Michigan rights to Caterpillar Inc., and the past few years has sought to optimize its holdings there.

“Caterpillar wasn’t in any distress, but they were decentralized and had opportunities that they weren’t developing on the rental side,” Rich Potosnak explains. “We saw it as a great opportunity for us since there’s so much business pending in Michigan.” 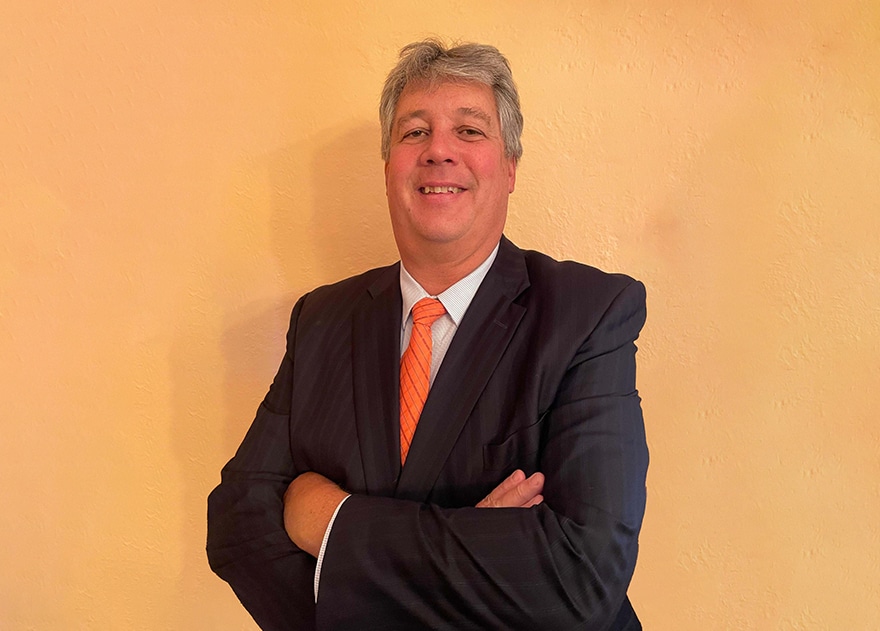 And Potosnak is making it happen. Director of facilities and real estate at MacAllister Machinery since 2016, his duties include locating sites, navigating them through what’s often a complex permitting process, and maintaining the company’s growing portfolio in Indiana and Michigan.

Most of his recent attention has been on Michigan where MacAllister Machinery is augmenting Caterpillar’s previous holdings with four stores in various stages of construction, and he’s looking for more properties. The distressed retail sector seemingly creates a wealth of vacated or underused space, but Potosnak assures it’s not that simple. Issues often arise when seeking a municipality’s OK to display large and heavy equipment that can’t be kept indoors.

“It can be a lengthy process,” he tells Blueprint in October from MacAllister Machinery headquarters. “I’ve got to come up with benefits for the city in return for letting us do this.”

The land acquisition, permitting and design processes may take much longer than the actual ground-up builds or renovations, but Potosnak thinks he’s close to sealing deals in a couple Michigan communities. MacAllister Machinery has acquired a parcel zoned for development and adjacent to land it already owned in Novi, about 10 miles northwest of Detroit, and he’s petitioning the city to allow outdoor storage.

He’s also been looking for land the past few years in Ann Arbor, a medium-sized college town where there could be opposition to outdoor storage. 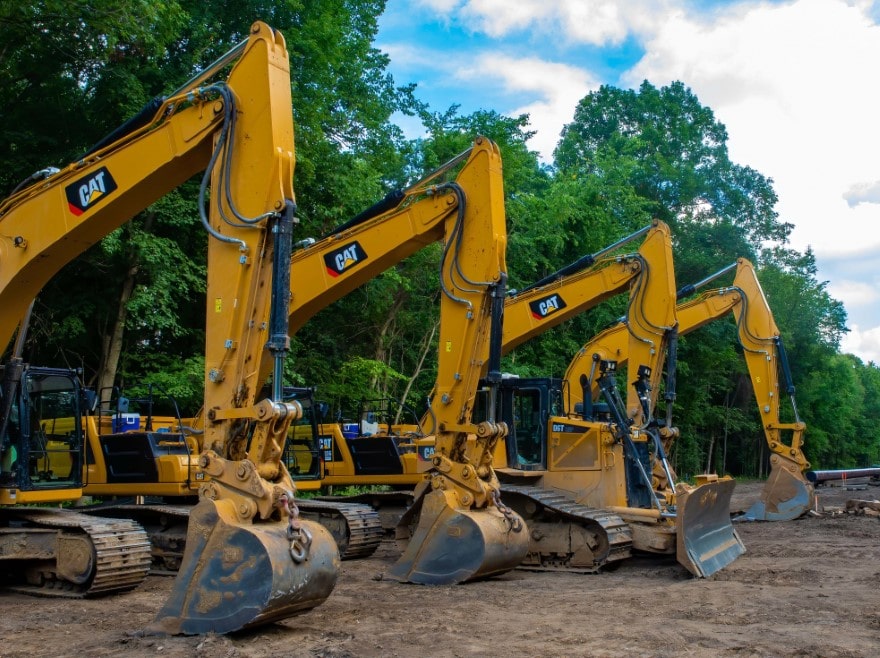 Community concerns notwithstanding, the company has been opening around four stores per year, with Potosnak trying to minimize opposition by avoiding sites near residential areas. Even when land is zoned for commercial or industrial use, it’s no slam-dunk to have it approved for outdoor storage, that often necessitating a special land-use agreement for large and heavy equipment.

“But there’s something for the city to gain when it lets us turn former retail property into a development that suits our needs,” he says. “Rather than just let land sit unused and not be taxed, we can put it to uses that flourish.”

MacAllister Machinery did just that in Indianapolis a couple years ago, the company having bought the site of a recently closed Kmart and using it to expand its existing rental operation on an adjacent lot. That’s now 14.5 acres of productive property. Indianapolis being receptive to the project, it proceeded relatively quickly. Only that’s not the norm for as Potosnak reminds, much proceeds groundbreaking.

His role typically begins in August when Potosnak helps determine the size and type of desired facilities. The next few months he’ll immerse in due diligence and in December meet with the executive team to make the case for a capital budget. Land acquisition, be it undeveloped or an existing facility, follows, and once the permitting is in place, he’ll hire a designer. Once the blueprints pass muster, he entrusts everything to a project manager for the construction. A medium-sized facility can be up in around eight months after receiving all the required permits.

“After than I’m responsible for keeping the property functioning properly,” he says. 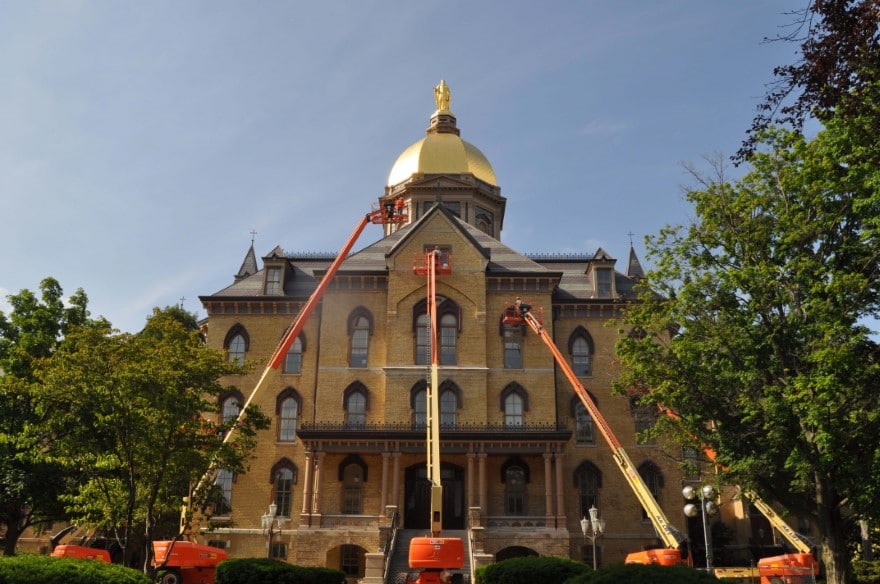 A software program in the making should ease his task of maintaining around 50 facilities in the two states. MacAllister machinery is partnering with MRI Solutions, a move that Potosnak says will benefit his employer with customized templates that can schedule and streamline maintenance procedures for the next decade or longer. The most laborious part is data collection, such details as a facility’s square feet and age.

And a boss on the constant go has got to have information readily accessible.

“I’m very hands-on,” Potosnak says. “I don’t sit in the office Monday through Friday. I usually travel two days a week. COVID hasn’t impacted me personally or our business. We’re an essential enterprise and it would be hard for me to do my job through Zoom.”

Actually, the pandemic has affected some operations, slowing the arrival of supplies from overseas. On the real estate side, it’s harder to find contractors and thus projects can take longer to complete. 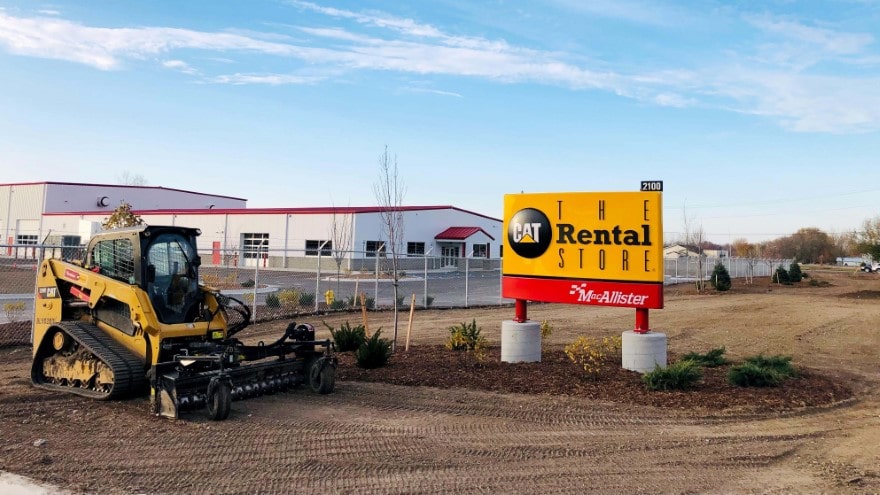 But part of his job is playing with the cards dealt, and Potosnak relishes being with an expanding operation. Though he earned undergraduate and master’s degrees in architecture and business administration from Arizona State University, development rather than design was his first interest. He applied his skills as senior program manager for properties and facilities with US Airways from 1987 to 1998, then logged four years as an AECOM vice president. Afterward he ran his own consulting firm with much of the work aviation-related.

That made for some adventure, but Potosnak needed a change after a project in Guam stretched his company thin. Since then, it’s been project management and facilities maintenance at MacAllister Machinery.

“I’m big on seeing issues from someone else’s perspective,” he says. “But let me think outside the box and I’ll find a solution.” 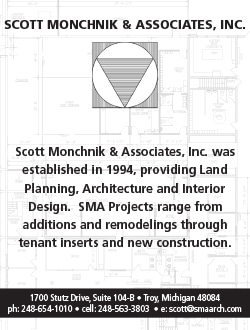