The testimony of time

As a little kid taking car rides around town, Ric Reppert remembers his father Rick pointing out all the buildings that were built by his company. That allure might have worn off when, as a young child, Reppert pushed a broom around the Pennsylvania warehouse as his first job in the company.

But sorting screws and later using a screw gun out in the field paid off, and Reppert wouldn’t have it any other way. 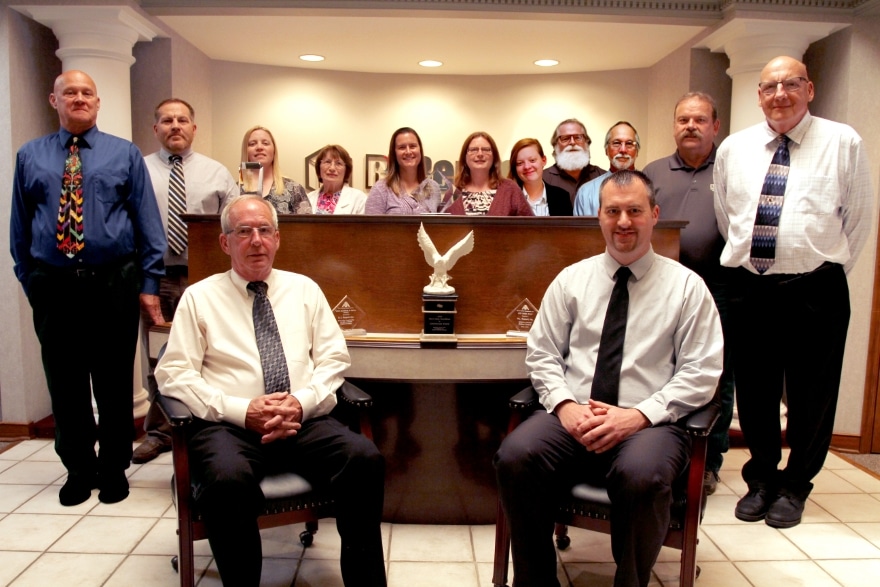 As president of the namesake company, founded by his father as an 18-year-old in 1973, he works alongside his semi-retired dad in Emmaus. Many of the same people who helped the business start out and grow are still there, going into its 47th year of business.

“There’s nothing like walking onto a project when it’s a concrete slab and being there to put in the last ceiling tile,” he says. “There’s no greater satisfaction than to watch the whole process grow—especially with friends and family working together to deliver impressive quality.”

It was back in 2015 that the company received good news: R. L. Reppert won its largest bid in the company’s history.

Tasked with building Kalahari Resorts & Conventions in Greater Lehigh Valley, Reppert says the scope of the work was intense, even more so given that and R. L. Reppert was awarded the trifecta of work: building the hotel, the water park and the convention center. They were the only company on-site to have worked on all three buildings.

As Reppert remembers, it was an all hands on deck endeavor: the project manager moved on-site with a trailer to be ready with whatever was needed, assisted by multiple supervisors. The team of 85 employees bloomed to a total of 120 on-site, thanks to sub-contractors the company had used for years. Added to that, R. L. Reppert was involved in 20 other projects at the time.

“It stretched and pulled hard on everybody within the company and we had to use our resources wisely,” he says. “But we worked together as a team to complete the project in nine months, delivering quality and bringing it in on time and on budget.” 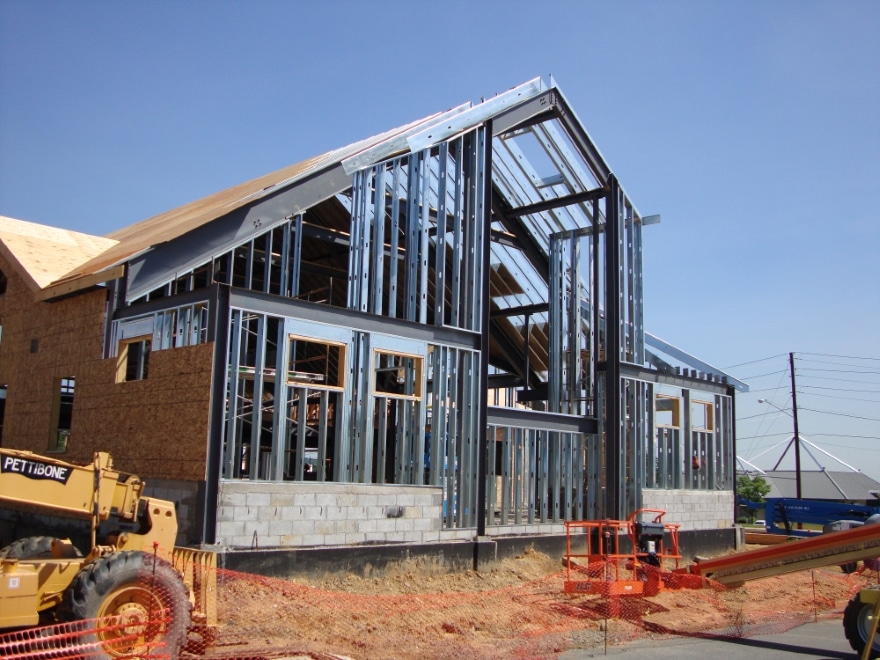 In the course of the project, the team handled all the interior and exterior framing of the convention center, as well as that of the eight-story hotel; hung and finished off all the walls; completed installation of doors, frames, and hardware; and installed the metal composite siding panels on the outside of the on-site waterpark—the largest in the Americas.

“Everybody within our company knows about that job and how successful it came out. It really defined us and showed everyone what we could do. It opened many doors,” he says. “Because of our commitment to quality work and relationships, the demand for our work is high.”

That comes as no surprise to Richard Sr. When he started the company he developed two guiding principles: one was the commitment to quality; the second to demonstrate loyalty to his employees.

To this day R. L. Reppert supports its team with a benefit package envied by many in the industry, with vacation time and insurance coverage. Reppert says its benefits are known to be above and beyond that of their competition. Viewing its employees as the “heartbeat” of the company, Reppert says the company strives to ensure the employees have adequate time for their families and vacations.

Now leaving his own mark on the family legacy, Richard Jr.’s goal is to incorporate technological innovations for future production.

To that end, Reppert is employing the use of technology such as computers, tablets and other equipment for the office and the field.

One of the newest pieces of field equipment is a groove machine that can construct prefabricated drywall shapes. This tool helps fight the lack of skilled labor coming into the field by enabling Reppert to pre-construct any type of angled shapes before they need to be installed on-site, he says.

Another innovation is a partition layout tool that uses a laser to pinpoint layout marks on the floor where partitions will be installed. This eliminates the tape measure and pencil used in the past to lay out projects, he says.

“These two pieces of equipment are vital in streamlining the projects and enabling us to be most efficient with the duration of each task,” he says. 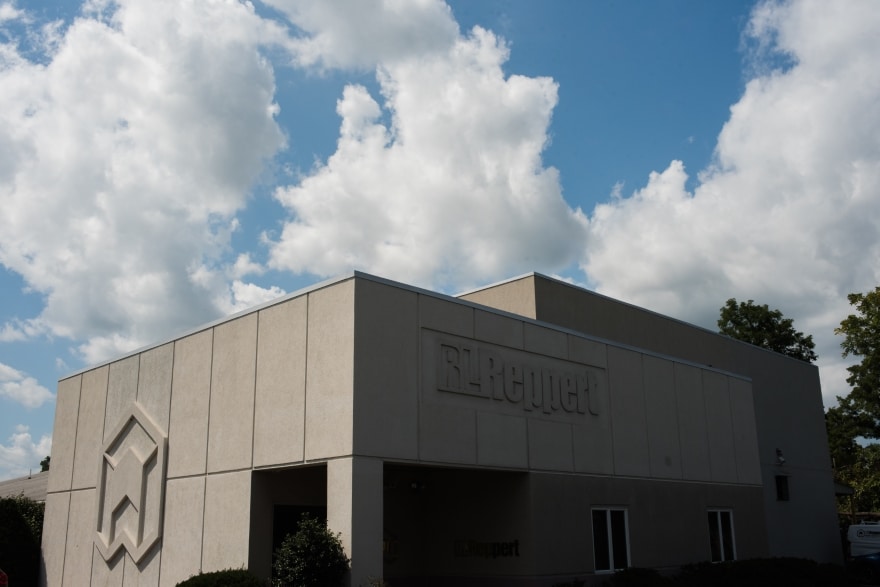 Reppert explained that in the past everything the company did was always done by hand which was labor intensive. Computer-aided technology now allows the company to prefabricate items in its warehouse and send them to the jobsite ready-made.

“With the increase of extremely fast paced projects, these tools eliminate on-site time and labor costs, allowing the project to be completed more quickly to a higher quality standard. Today, you must be up to date as much as possible to prevent yourself from falling behind on the times,” he says.

If there’s anything the adoption of technology taught Reppert, it’s that the company must remain adaptive to new trends in order to stay cutting-edge and efficient in its delivery and dedication to quality service.

“Utilizing advancements in technology has allowed us to focus more on the actual construction of the projects and not be inundated with the amount of paperwork and required documents related to those projects. This allows us to chase after the larger work that is available. Even when bidding these larger projects, our competition is less likely to do so because they know they can’t handle a project like we can,” he says.

It’s that upward progression and the power of possibility that has allowed Reppert to grow in his father’s company since the age of seven.

Officially joining the company in 1996, he’s coming up on 24 years, working alongside two of his three older sisters, both vital for the growth of the organization as they have been involved in the company for over 20 years. His teenage daughter has also received exposure to the family business, but her future is her decision, he says.

“She knows she can work here, but I’ve told her it is important you find what you love to do, because then it doesn’t feel like you work a day in your life. The key is to find something you are passionate about,” he says. 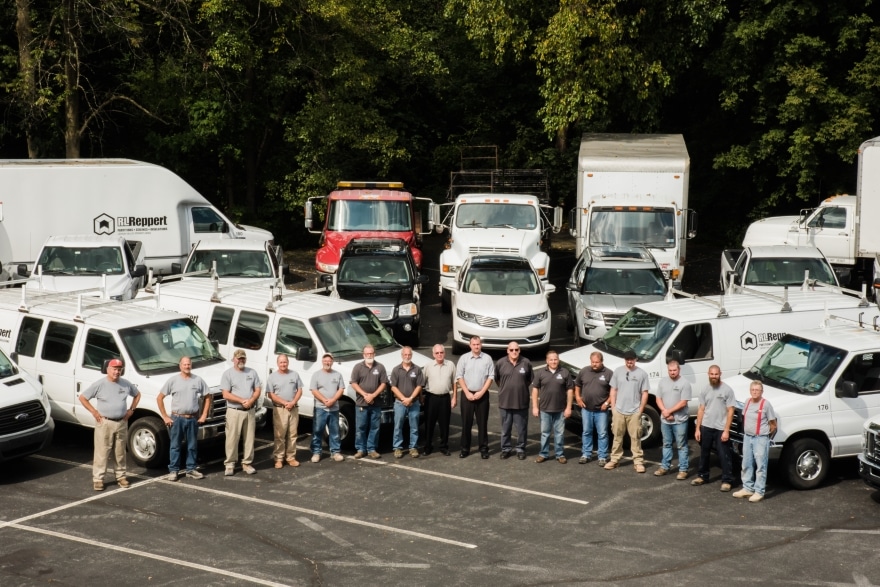 And his job, he says, is easily his passion.

“What I love is that it changes all the time,” he explains. “I like challenges, problem-solving and watching a project evolve. You have to be very adaptive in our industry, especially now more than ever with the introduction of so many forms of technology.”

As rewarding as it is to see a structure take shape, he’s also thrilled with the achievements of the business over the past 47 years. Just recently R. L. Reppert won yet another safety (S.T.E.P) award from the Associated Builders and Contractors—something they have done every year since 1995 because of their commitment to employee safety. Reppert’s crews also earned an Excellence in Construction award for their work at Lehigh University’s South Side Commons residence hall.

“This is yet another project where our crew really showcased their talents and was able to successfully construct a project with award-winning detail and quality,” he says.

“I believe our success is achieved in how we adapt and move on. There will always be obstacles, but if you focus on what’s essential and always think ahead, everything will fall into place,” he says. 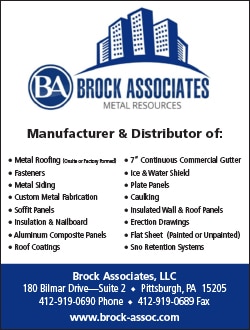