Reveal Windows & Doors by Pacific Architectural Millwork is carving a niche for itself and opening doors to untapped design possibilities with its “timber curtain walls,” a product that, until now, has only been produced in Europe by companies like RAICO.

From the exterior, these look like traditional curtain walls, which use aluminum frames to hold walls of glass in place. From the interior, though, Reveal’s’ timber curtain wall mullions, or the vertical and horizontal structural members, are built from customizable wood that provides a warm, contemporary feel.

This new design is popping up in everything from high-end, luxury homes to net-zero research institutions. As a result, Reveal’s sales volume has doubled in the last year, and the company expects to grow another 50 percent in 2017. 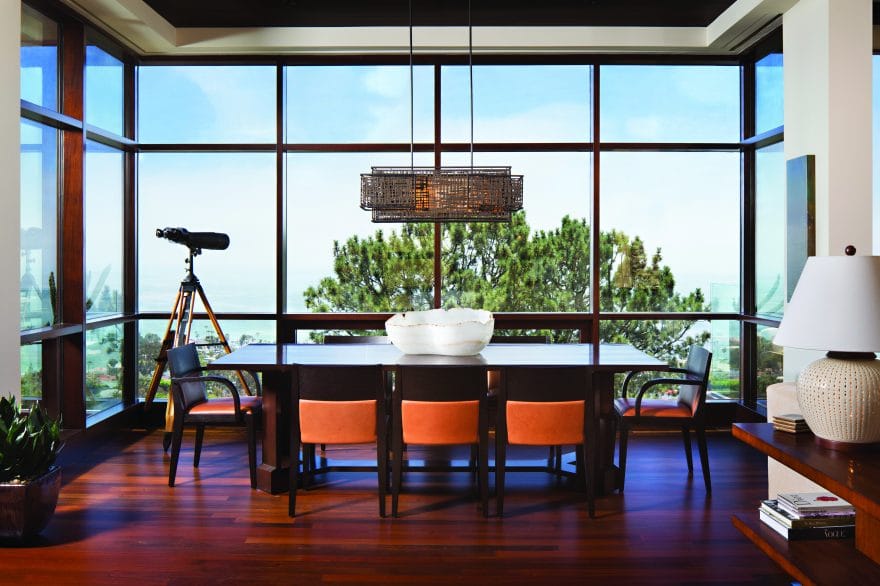 “We’ve been able to create a niche in the market and give designers a different option they didn’t know was out there,” says Reveal Windows & Doors President Ryan Higman.

In 2014, Reveal contributed to the world’s first net-zero research facility, the 45,000-square-foot J. Craig Venter Institute on the University of California, San Diego’s campus. Reveal installed a timber wall around the building’s entire perimeter and its enclosed U-shape courtyard. In some spots, that timber curtain wall reaches 32-feet-high.

“We were very proud to play a part of that,” Higman says. “It is one of the biggest installations of the timber curtain wall systems that we’ve done, and we developed a number of unique installation details. It was certainly one of the most distinctive features of the project.”

Reveal’s work helped earn that building critical acclaim. The project was so noteworthy, in fact, that Al Gore spoke at its dedication.

As in other locations, the institute’s timber curtain wall features a natural wood element that brings in light and ventilation and offers better thermal performance than traditional aluminum curtain walls, thanks to the inherent insulating properties of wood. 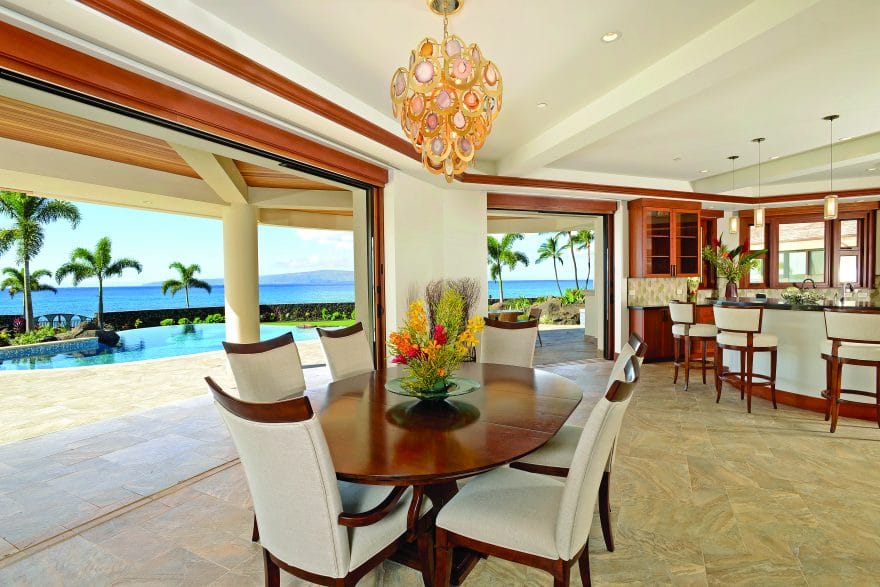 Large institutions aren’t the only ones who want timber curtain walls. To meet demand from residential homeowners, Reveal developed what it calls its “curtain wall lite,” which is a scaled-down version with a lower price-point, customized to single-story homes and light commercial storefronts.

“Especially in residential projects, a lot of people don’t want to be limited to metal on the interior, but a lot of people think of wood as being associated just with traditional design and heavier sightlines,” Higman says. “What we offer is a contemporary alternative that has very narrow sightlines, but also the warmth, richness and superior thermal performance of wood on the interior.”

Reveal Windows & Doors also makes custom wood-framed windows and glass sliding, swinging and folding doors. It installs these in homes and commercial sites, including Disneyland. Higman was sure to share that work with his six-year-old daughter on a recent visit to the park.

“Of course that is way cooler in her eyes,” Higman says. “She was like ‘Wait a minute, you built Disneyland?’ I couldn’t quite take that much credit, but it was great to show her the work we did on the Club 33 remodel, Cars Land, and other areas throughout the park.  I love that I can take pride in how gorgeous our work is.”

Higman’s own father started Pacific Architectural Millwork (PAM) in 1984, but growing up, Higman was not as dazzled by the millwork industry as his father was. He thought doors and windows were boring, even. But after running his own business and looking for a change, he decided to give the family business a try in 2005 and found he really enjoyed it. 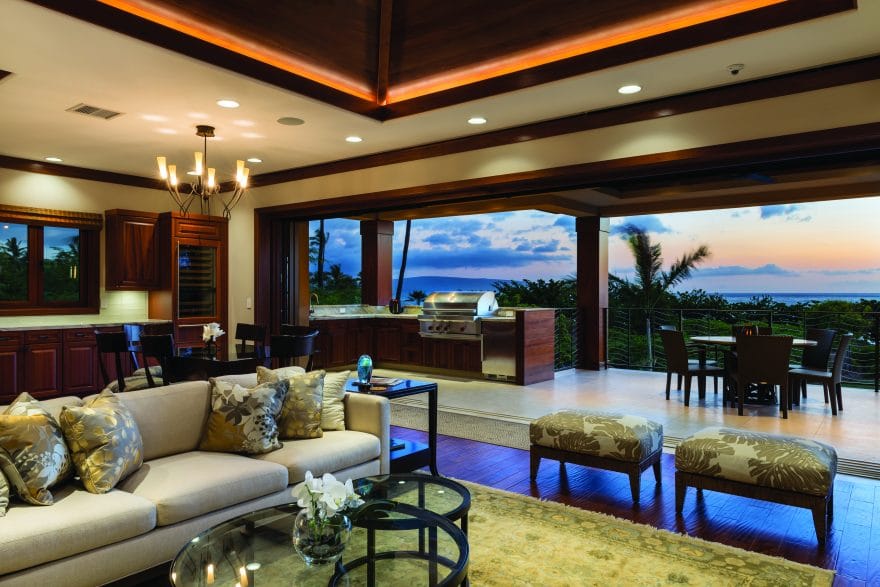 PAM evolved, and by 2015, it decided to break out Reveal Windows & Doors as a new brand name for the window, door and curtain wall division.

The two divisions still work closely, and often, collaboration between the two makes stronger final products. For instance, Reveal and PAM collaborated on a seven-story enclosed atrium in San Francisco. There, the architect wanted an all-wood curtain wall between offices and the atrium. Reveal installed the timber curtain wall and integrated that with PAM’s custom, wood entry portals.

Together, PAM and Reveal can do wonders with wood interiors, like seamlessly extending the timber curtain wall mullions into benches, countertops, cabinets or other wood millwork.

“We encourage architects and designers to think outside the box,” Higman says. “With wood, you’re not as constricted by the building material. You can shape it, give it curves, add custom details. It’s fun, because we’re starting to see designers and architects start to get it.”

Laying the fast track for growth

In 2013, when the economic downturn was bottoming out, Reveal knew there would eventually be an uptick in business.

“We saw this re-surge in demand coming,” Higman says. “We knew it was going to take some time to prepare for it and we needed to gear up.”

Reveal also partnered with German company RAICO to bring timber curtain walls to the U.S. Timber curtain walls have been used in Europe for some time, but Reveal is one of the first companies to bring them to the states. It did this by utilizing RAICO’s engineered and tested components, including gaskets and seals. Reveal adapts these products to North American construction standards, supports local engineers and designers who want to use them, and provides full design-build assistance, including third-party engineering. 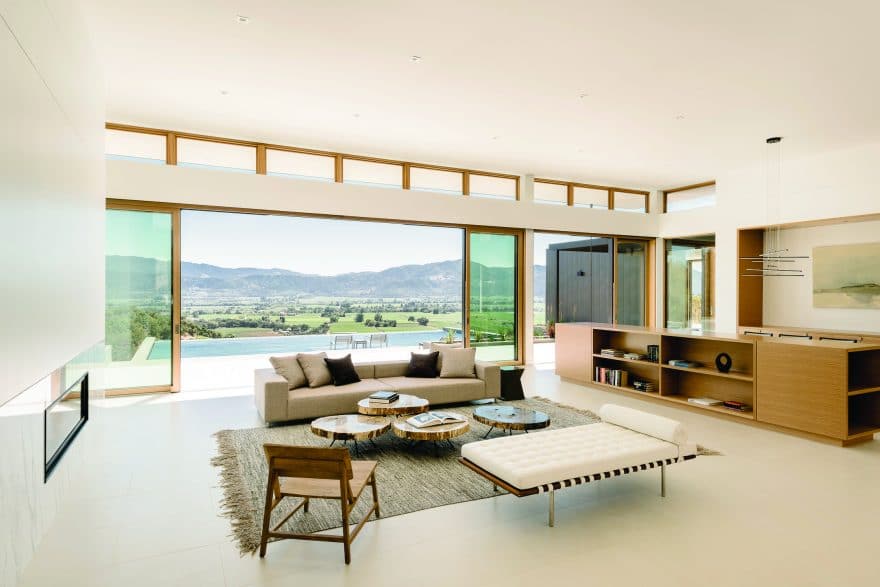 Reveal’s work has caught on with clients like The New Home Company, which builds high-end production homes in southern and northern California. Reveal was chosen to be the default provider of wood-framed sliding doors for The New Home Company’s Coral Crest development, and it hopes to work with other luxury production home builders on similar jobs throughout the country.

While most of Reveal’s work today is done in Southern California and Hawaii, it is seeing significant sales growth in the western mountain states like Colorado, and potential along the West Coast.

While most of Reveal’s work today is done in Southern California and Hawaii, it is seeing significant sales growth in the western mountain states like Colorado, and potential along the West Coast.  Reveal sells through regional residential dealers, and is able to sell directly in areas throughout the U.S. that are not yet serviced by a dealer, or on all commercial jobs.

“Because we make thermally-efficient, wood-based products, we’ll be able to sell our product in parts of the country where the aluminum guys might not have a seat at the table because of the stringent energy requirements,” Higman says.

Reveal is currently putting its products through hurricane impact testing. That will allow the company to expand into areas like Florida and Texas that have strict hurricane-resistant building requirements.

This kind of expansion has growing pains, but it is why Reveal spent time investing in infrastructure and paved the way for higher volumes.

“Obviously there’s risk of growing too fast, which can be just as dangerous as not growing enough,” Higman says, “so we’ve tried to avoid that by basically creating the infrastructure so that we can respond and expand as needed.”