Ray Miranda talks turkey about what matters in a job

Ray Miranda remembers hating his sales job so much he couldn’t stop clenching his jaw, then it became too sore to eat a Thanksgiving dinner.

But with the encouragement of his mother, he picked up work at Southern California Orthopedic Institute in Van Nuys, California, and became its regional director of facilities operations. Three decades later, he feels energized by the growth of the orthopedic practice—and the variety of projects supporting aimed at supporting SCOI’s network of 38 surgeons and doctors. 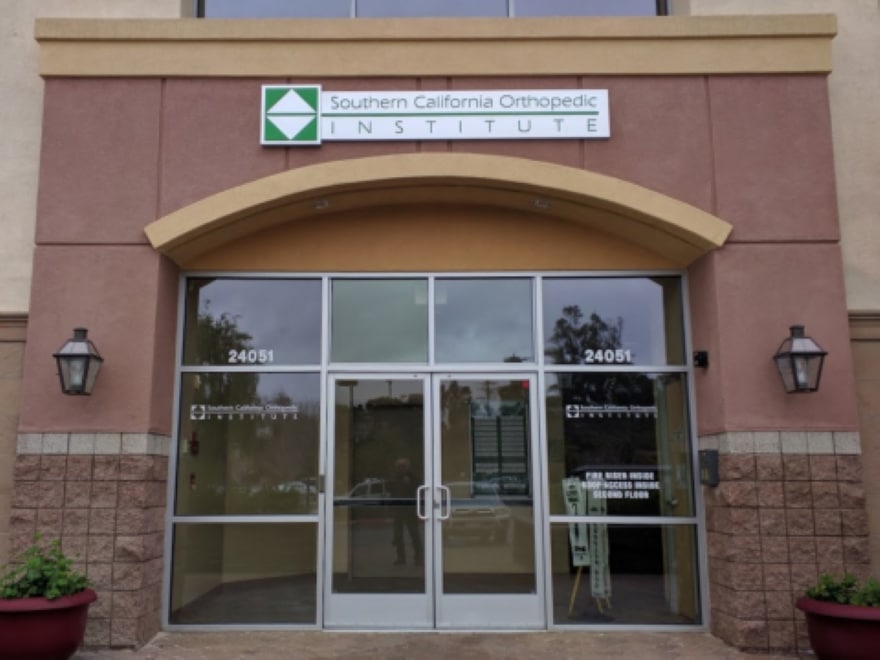 Miranda has a lot going on right now, including SCOI’s largest building acquisition and expansion in Bakersfield and a second project in Valencia. In addition, when he finally decides to retire, he’ll carve out time to hire and mentor the next director.

“I’m going to give that person 100 percent of my knowledge and patiently train them on utilizing the practices that have worked the best over the years,” he says. “I want to leave the organization—that’s treated me so well—in good hands.”

SCOI’s main office of 91,000 square feet offers patients—everyone from athletes to celebrities—“one-stop shopping” with services that range from evaluation to surgeries and treatment in its orthopedic clinic. It even has an indoor pool for rehabilitation.

Since taking the job in 1993, Miranda has worked just about every position at SCOI, from managing the grounds to preparing buildings the practice buys and leases. All told, he’s in charge of supervising facilities, security, maintenance and janitorial duties. Amid the chaos of COVID-19, he’s also taken on the role of procuring personal protective equipment, and was proud to say that SCOI hadn’t reported any infections when he spoke to Blueprint in December.

That’s no surprise, given that he’s making cleanliness a priority, managing every penny spent on upkeep of the properties—important since COVID-19 reduced revenues by 48 percent at the peak of the pandemic. Hiring groundskeepers, electricians and project managers, he also oversees a variety of service contracts—never asking an employee to do a job he wouldn’t handle himself.

“Facilities doesn’t make the organization money, but we can certainly spend what we have wisely,” he says. “I treat SCOI’s money like my own.”

Miranda explains that the orthopedic practice of world-renowned surgeons, with a distinguished 44-year history, predictably outgrows its spaces and needs to expand every two years to deliver the volume of knee and hip replacements that are booked.

The existing two-story building in Bakersfield was “bursting at the seams,” he says, which meant SCOI had to lease three smaller offices next door. By removing clerical space, the practice could then expand clinical space. 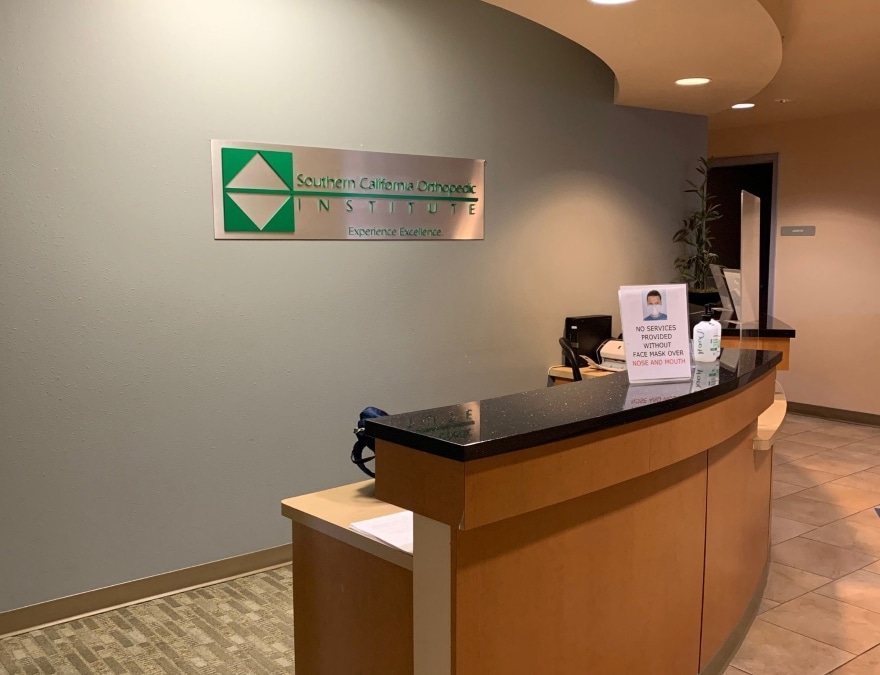 SCOI also partnered in the acquisition of another new three-story 52,000-square-foot building less than two miles away because the existing location was too small. It will be remodeled to include physical therapy, X-rays, CT scans and MRIs on the first floor; a large second floor with 58 exam rooms and X-rays; and the third floor will house the administration and individual offices for doctors.

With architects and contractors hired, remodeling for the project started in October with internal demolition of the building so SCOI could develop exactly the type of space it requires. The project is expected to be completed in a year or less.

“This is a great location central to everything,” Miranda notes. “It allows patients to gain access to all of our services.”

The Valencia site—a leased satellite office of 17,000 square feet that SCOI moved into 14 years ago—is also in need of a clinical space expansion. The practice redeveloped two balconies to gain an additional 3,000 square feet of space. The cost of the project is estimated at $1.5 million—the only delay being the permitting process, due to the pandemic.

Miranda says there literally hasn’t been a single day when he’s dreaded coming to work since he was hired.

Thinking back to his initial interview, Miranda—a father of three girls at the time—did some soul-searching to decide what was most important to him. What he wanted most out of a job was family time, and as a result, once hired, he never missed his children’s activities. 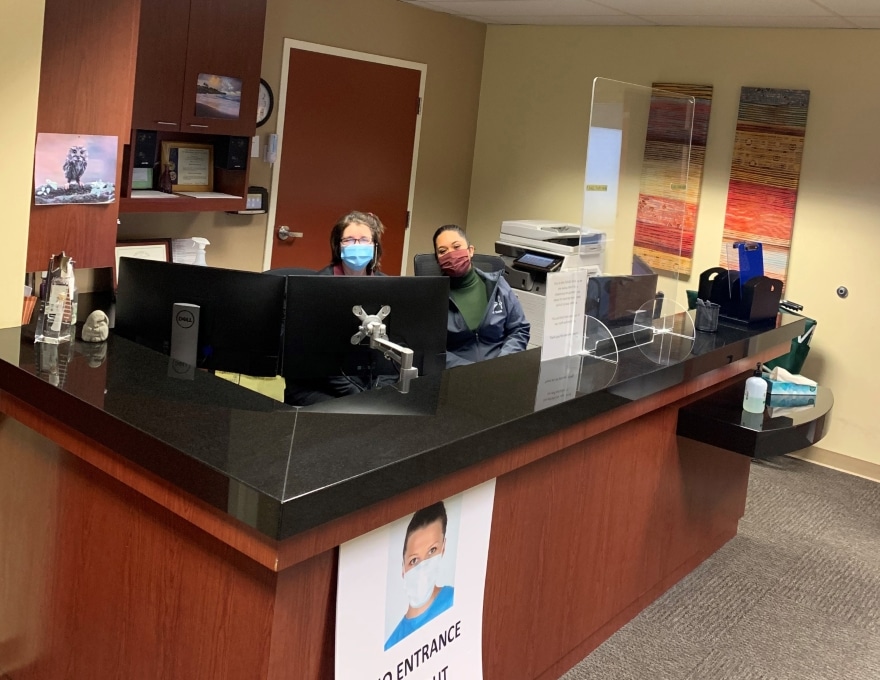 “It made for some long days to cover my responsibilities at work. But it was worth it. I wouldn’t change a thing,” he says, now a proud grandfather of three, with a fourth due in April 2021.

Miranda expects to retire in the next five to 10 years and will support his replacement, whom he hopes will also have a can-do attitude and spirit of cooperation. So far, he’s interviewed six people and plans to take his time in making the right decision for the organization.

There’s plenty of knowledge and experience to share with the future hire. Equipped with a general studies degree from California State University, Los Angeles in 1979, he’s also added certifications in facility management and leadership and has skills as an electrician and plumber.

In his future free time he plans to maintain an active lifestyle of bicycling, deep-sea fishing, time with his grandchildren and traveling the world with his wife Eileen—all of which are possible, even after four in-house knee surgeries.

“This has been a great relationship with my employer, producing an enjoyable career,” Miranda says. “Things are winding down now, but in passing the torch we can keep a positive continuum going.” 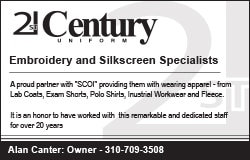 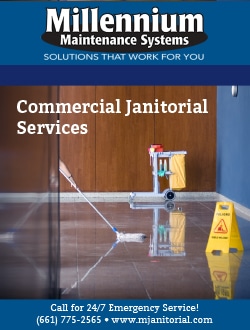