Reminding contractors to get their hands dirty

In 1913, Henry Ford developed his assembly line for mass production, famed for its efficiency.

In the 1930s, Toyota took it a step further, developing a manufacturing production method—often referred to as LEAN—which not only limited waste and overproduction, but made it possible to create more variety of cars. Since then, the LEAN process has been adopted by companies worldwide.

Still, LEAN is less commonly used in building and construction industries, which can have less controlled environments compared to factories—think shipping delays or workers being sent home due to the weather or supply shortages. 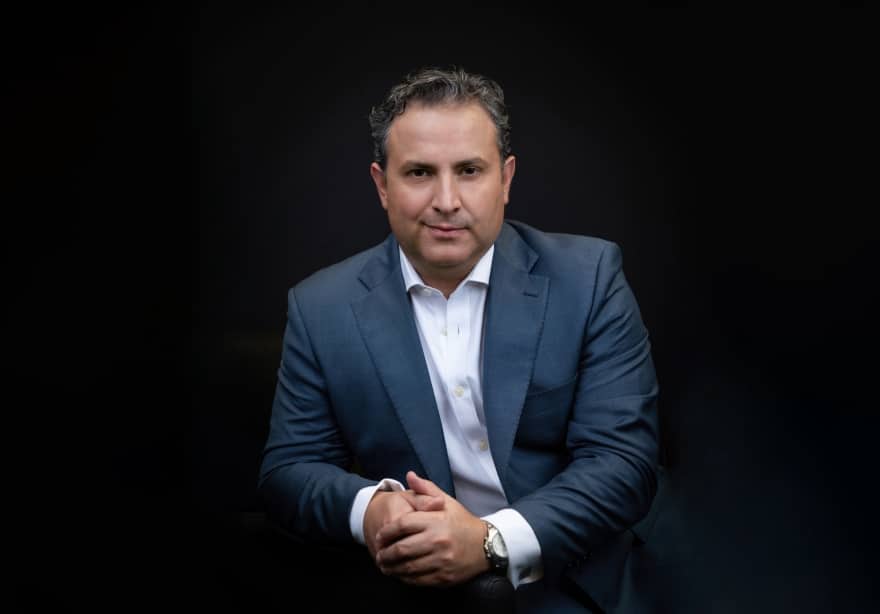 Rabih Zahnan has sought to change that. The president and chief operation officer of Sorensen Gross Company, providers of construction management and general contracting services, has found ways to streamline communication between supervisors and laborers using LEAN. If, for instance, a lumber shipment is delayed for one project but arrives early for another, SGC supervisors and project managers can quickly send their staff to the site with the delivery.

Despite industry resistance to change, the company has been implementing LEAN processes and practices for 20 years now. According to Zahnan, that’s created a culture where problems are easier to see and address.

“Changes take time, but we’re pushing new ideas forward,” says Zahnan, who joined SGC in May of 2019, not long before the global pandemic raised material costs and led to a shortage in labor.

Construction with a tech twist

The company has employed technology widely in its operations, including using satellite imagery that allows architects, owners, and managers to share drawings and submit requests for information to each other.

Likewise, SGC has incorporated 360-degree photo documentation to ensure an area is captured from every angle, Zahnan says. Members of the field team simply strap a specialized camera to their hard hat and walk the site once or twice a week. The images are automatically mapped onto existing project plans and stored in the cloud. 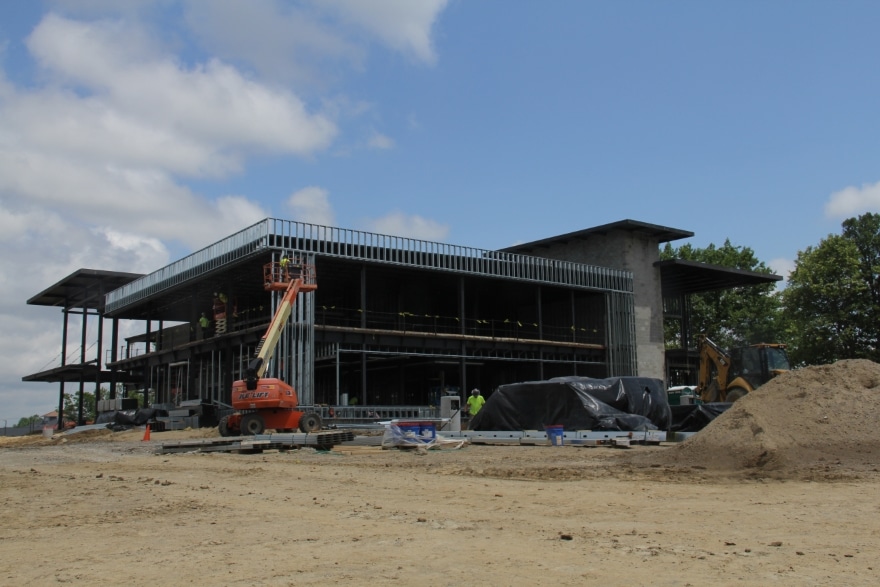 Construction of Elga Credit Union’s new headquarters on Hill Road near I-475 in Grand Blanc. The new 62,800 square-foot building is located on 11.5 acres which is also home to a 4,400 square foot full-service branch office.

“This makes is easy to locate images from different point in time and see our changes,” Zahnan says. “It also lets us know where the rebar and pipes and other material is located once the walls are up and closed.”

Photos are also placed in a program called Openspace, which creates a realistic, virtual model of, for example, the penthouse suite of a luxury apartment. Using the system, tradespeople can virtually “walk” through the model. If a plumber notices that hot water pipes are too close to the internet cables, for example, they can change the virtual program in real time.

“It’s not tech for tech’s sake. We’re trying to change the industry from reactive to proactive, reducing time and risks of delays, added costs and even danger to workers,” Zahnan says.

Starting from the boots up

New employees, many of whom begin as interns, can learn how to use LEAN management, and how to implement scheduling programs and centralize material shipping. Gaining experience through supervising projects, they can later become managers and superintendents. 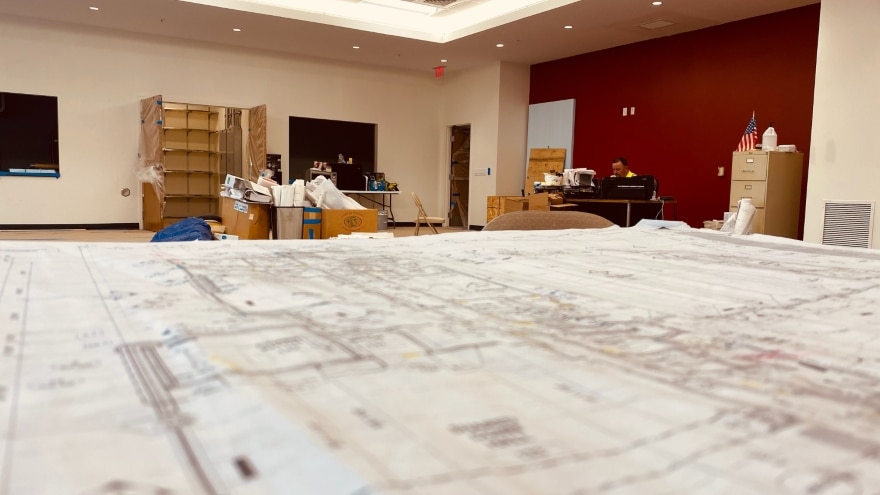 That means managers and supervisors at SGC understand how to work with their hands because they’ve laid bricks, poured concrete or pulled carpets, Zahnan says.

“This goes to Sorensen’s roots since the 1920s as builders and continues that legacy,” Zahnan explains. “At Sorensen, we’re making certain that those managing construction sites understand the obstacles clients, contractors and owners may face.”

Zahnan appreciates the company’s legacy—but also wants to make sure that the company is changing with the times and properly marketing its services, which include innovative tech tools alongside skilled labor.

Working with the marketing and graphic design teams, he helped the company choose a new logo. The old one was comprised of initials that were difficult to read. The new logo—released mid-August—shows bright blue and red building blocks with the company name and the date it was established underneath: A mix of old and new.

The logo is where Zahnan’s over two decades of experience came into play. In this and other jobs, he’s worked with the media relations, communications and marketing and sales departments. And he hasn’t allowed geography to restrict him, either. 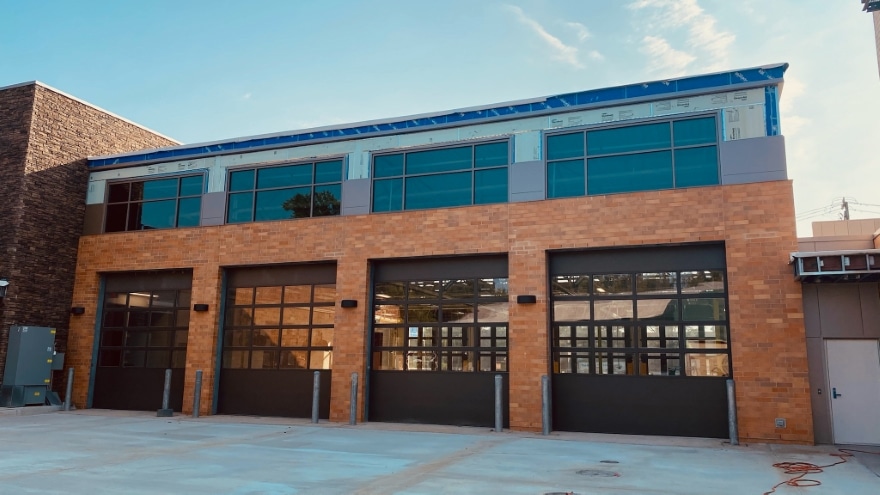 He’s worked everywhere from Washington, D.C., to Los Angeles to the Beirut District in Lebanon following his graduation from George Mason University with a Master of Science in Conflict Analysis and Resolution.

SGC has its headquarters in Flint, Michigan, and, according to Zahnan and his colleagues, the still recovering community takes precedence over the company’s goal to double revenue over the next five years.

“Everyone has a general idea what’s happened in Flint recently with the water crisis, as well as over the previous decades,” Zahnan says. “We wouldn’t be where we are without this city’s past support, so we’re doing as much as we can to refine the narrative and assist their progress forward.” 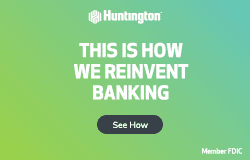 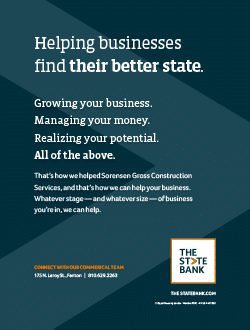