Most people are tired of talking about the COVID-19 virus, especially more than two years after the first reported U.S. cases and coronavirus related lockdowns. But for Peter Scarpati, the pandemic is the impetus for a lot of the things he’s doing as the director of operations for the Wistar Institute in Philadelphia.

As a medical research facility, the Wistar Institute performs about 80 percent of its research in cancer and 20 percent in vaccines and immunotherapy. At the beginning of the pandemic, Scarpati’s department was tasked with preparing the building for essential work and ensuring continued operation of the facility. 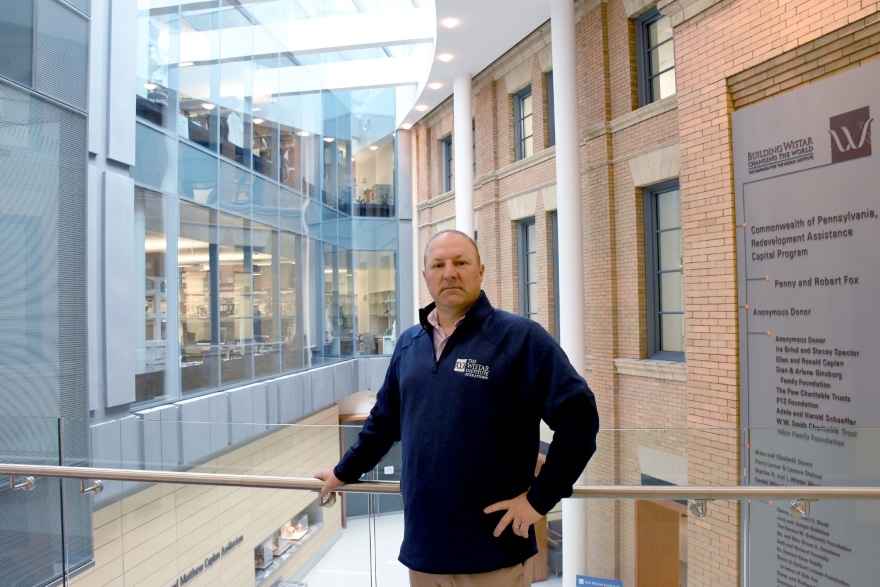 “We’ve had to work together and rely on each other for support, because everyone’s mental health was just as important as their physical health,” Scarpati says. “We worked together and performed outstanding work, and my team was routinely recognized by the institute’s CEO and senior management.”

With the pandemic receding, Scarpati is now focusing on other projects outlined in the organization’s strategic plan, including expansion and reorganization of the operations department.

The current, five-year strategic plan calls for an increase from 32 to 50 primary investigators, the scientists responsible for leading research projects. Scarpati says this expansion will require an additional 40,000 to 50,000 square feet of space the institute doesn’t have in its current building.

“I have been working on identifying numerous options for expansion, including leasing space in another building, adding onto our building and a total relocation of the institute,” he says.

Scarpati is also overseeing the replacement of the supply fan unit for the Wistar Institute’s biosafety level 3 lab, which was completed in 2020 just prior to the start of the pandemic. The supply fan has been unreliable, sometimes shutting down and operating with excessive vibrations, especially during hot summer months, and its replacement will provide reliable operation for many years, Scarpati says. 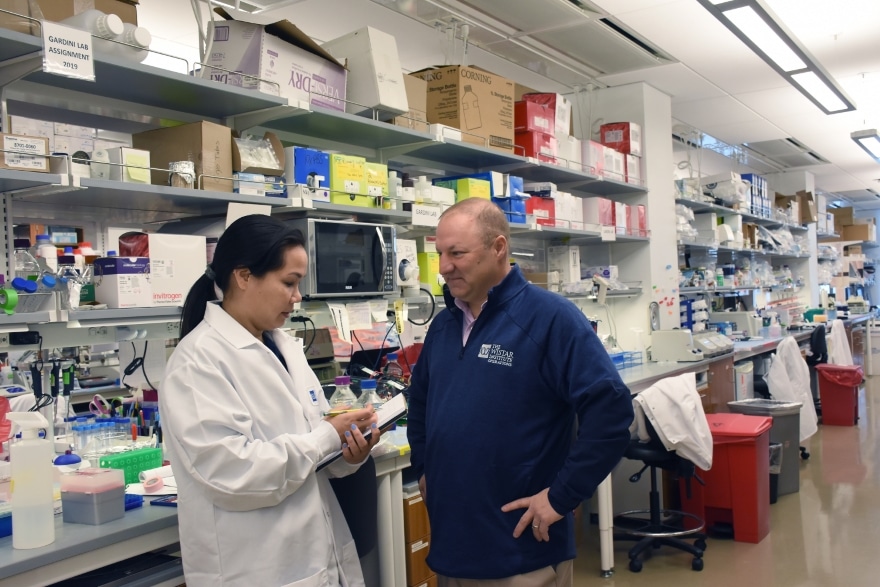 Additionally, Scarpati is restructuring his department. When he was promoted to his current role in September 2021, he gained oversight of the science administration department—he already oversaw facilities and general services, which includes housekeeping and security. When he took over, the science administration department had three positions but only one employee. He filled the open positions in that department, as well as open positions in his other departments, over the past six months.

“Adding the science role has been a challenge because it’s out of my comfort zone,” Scarpati says. “The team is nearly in place, and we are working together every day to improve the institute.”

One of Scarpati’s biggest accomplishments during his Wistar Institute tenure is the installation of a backup water line. The $500,000 project took roughly eight months to complete and has been worth every penny, he says. The Wistar Institute is in the University City section of Philadelphia, an older part of the city. The water lines running under the streets are old and prone to leaks, and several leaks have developed in the recent past, Scarpati says.

When it leaked, the city would shut down the water, which meant the entire institute would have to shut down as well. There wasn’t potable water for restrooms, water for emergency showers and eyewash stations, and there wasn’t makeup water for the cooling towers and other cooling systems. 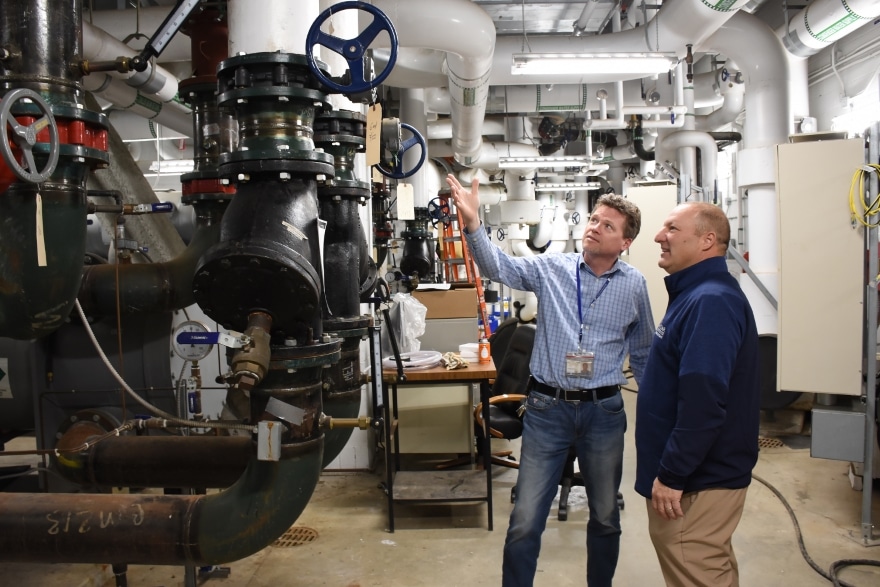 “As anyone can imagine, this presented some major challenges to our operations,” Scarpati says.

With the new installation, the institute is no longer affected by shutdowns. In fact, when the main line on Spruce Street developed a leak in January, the backup line kicked in and kept the institute running.

“The project took a few months to complete, was finished on time and on budget, and it’s already paying dividends,” Scarpati says.

Several people close to Scarpati, including an uncle and neighbor, were engineers, and he remembers speaking to them about their careers. It was one of the things that led him to pursue the field in college.

Early in his career, he helped design power plants. The designing was interesting, but the construction really piqued his interest, he says. When he became part of the construction team, he knew he found his calling. For about five years, Scarpati worked in the control room at Hope Creek Nuclear Generating Station for PSEG before transitioning to a maintenance management role for another six years. 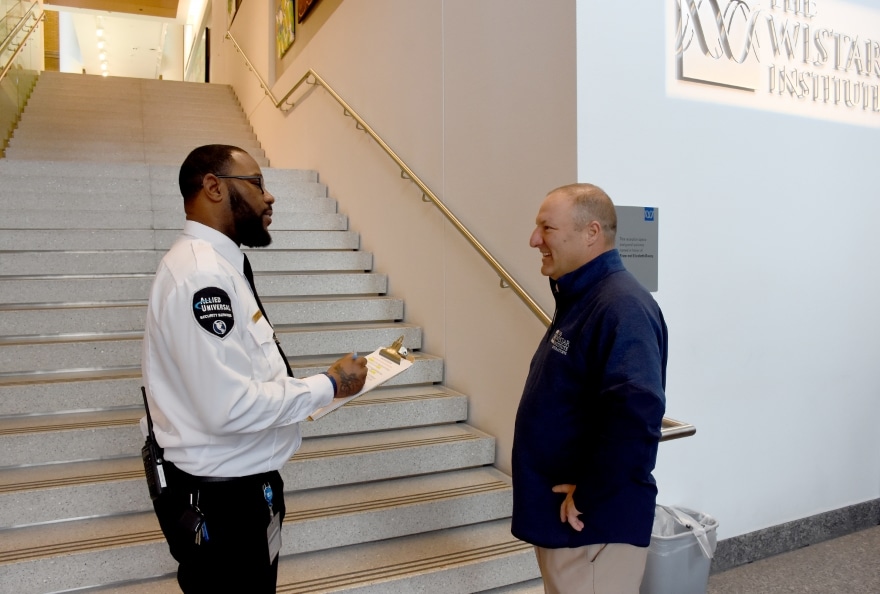 “It was those experiences that showed I could thrive in a leadership role,” Scarpati says. “I felt at ease making decisions and leading people and it felt natural.”

Scarpati spent more than four years as a facilities trades manager for the University of Pennsylvania before joining the Wistar Institute as a senior project manager in December 2017. He was promoted to his current role in September 2021.

“I have had some bumps in my career road, but I have found a place where I thoroughly enjoy working,” he says. “I see my leadership role expanding as the institute continues to grow and expand.” 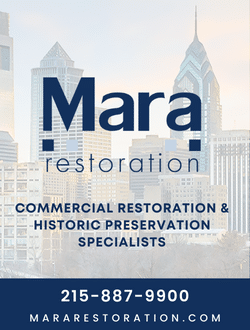 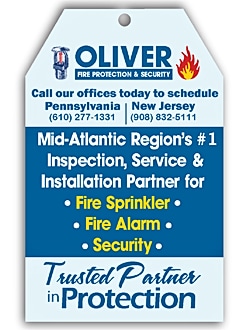