When Pete Muscio started at Rochester Community Schools in late 2015, he was surprised by how different schools looked.

Not just floors and paint, but furniture and fixtures in each of the buildings varied greatly, with little consistency or standardization. Muscio, the director of capital projects and facilities, knew that making these features uniform would not only unify the district but save money, too.

“Creating standards for the finishes, fixtures and equipment within our facilities has allowed us to consolidate vendors and save money, which benefits students and the staff and builds trust with the community members,” he says. 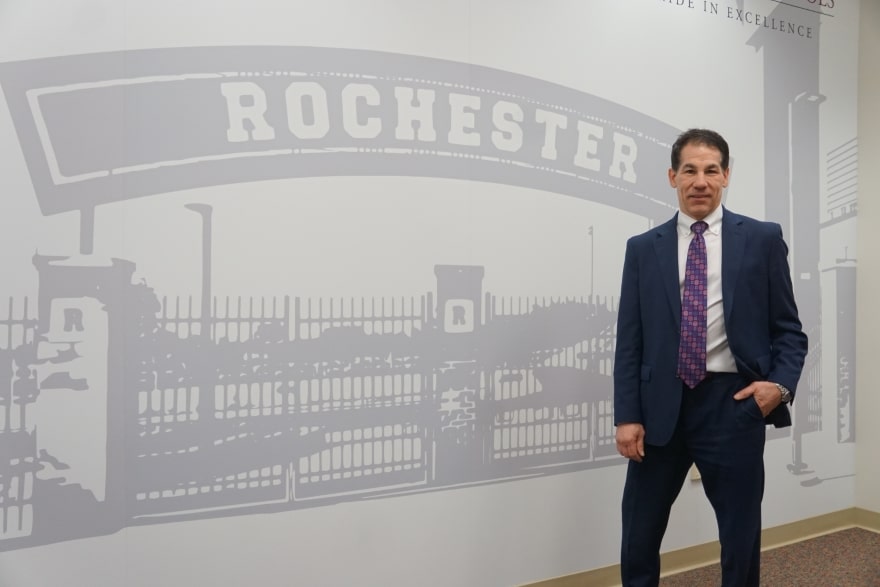 The changes coincided with a bond program to replace critical infrastructure that Muscio was hired to oversee. The program, which is in its final stage, has included renovating or adding to all the district’s 21 school buildings and five support buildings. With over 15,000 students, the district is one of the largest in Michigan.

Muscio says the new finish standards were developed and selected in collaboration with an interior designer, saying they chose many in earth tones because they create a more timeless look.

“Each school gave input in selecting finishes for their building from the standard finish options that were created,” he says. “This allowed the schools to have some individuality and uniqueness, while at the same time, creating a cohesive atmosphere so that anyone walking into one of our buildings knows it’s a Rochester school building.”

The $185 million bond program will wrap up this summer with the renovation of a recently purchased building that will serve as the district’s administration building. Part of the current administration building was built in 1889 as one of the district’s first school buildings, with the last renovation completed in 1989. The newly purchased building was built in 1995.

“Every dollar we save in facilities goes back to serve the students, staff and community that occupy and use our buildings,” Muscio says. 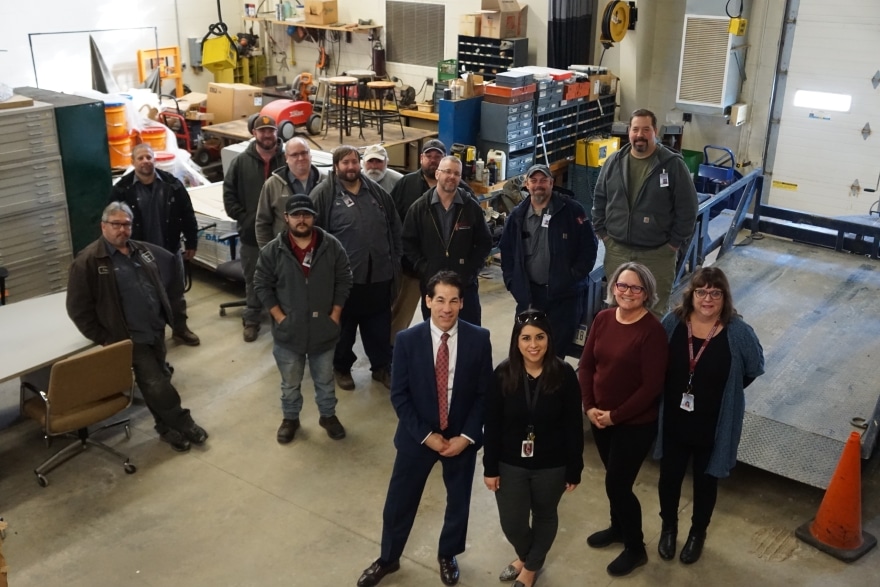 Renovations to the newly acquired building will include upgrades to the interior finishes and the parking lot. The building will house district administrative offices, a data center and technology operations. The building has an attached warehouse, as well, which will provide storage space and be used for shipping and receiving needs.

Muscio says the administration renovation project will be finished by the end of the summer and that it was saved for last because school buildings were prioritized. Some of the biggest projects within the bond program included building additions to several schools to accommodate an increasing student population and meet new code requirements.

No need to wait

Muscio’s budget consciousness has carried over from the bond program to the recently approved sinking fund program.

The 10-year program, approved by voters in 2019, allocates approximately $7.8 million each year to address ongoing infrastructure needs, meaning infrastructure issues can be addressed without using the district’s operating budget. So far, the sinking fund has been used to fix drainage issues, replace parking lot lighting and HVAC equipment and make roofing improvements. 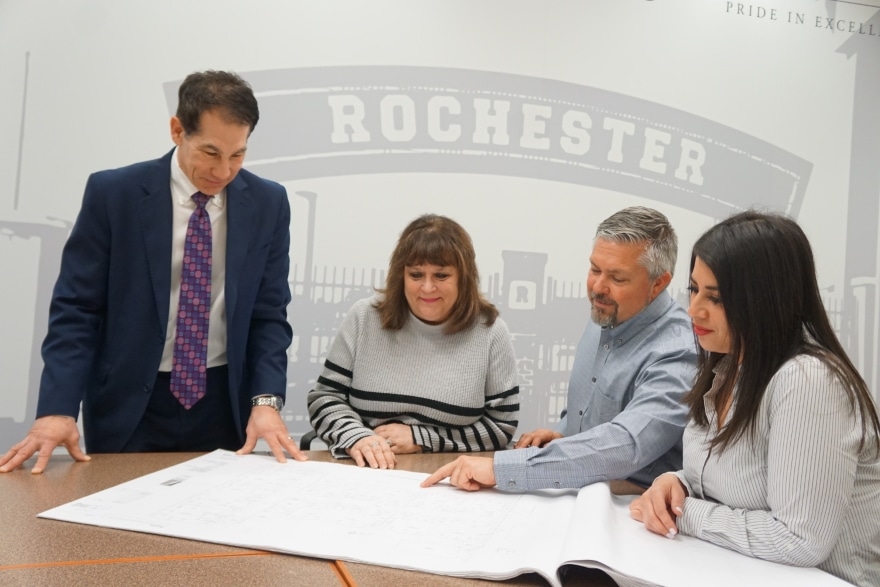 “In addition to the upfront costs, we look at the life cycle costs of products and equipment, which includes maintenance costs, to determine the best value for the district,” he says.

Muscio has also digitalized paper documents related to facilities, such as blueprints and building plans. The 11,000 documents are now organized electronically so it’s easier to find the buildings’ renovation history.

Muscio started his career at AIM Construction where he worked on projects at almost two dozen hospitals in the greater Detroit area. Over almost nine years, he managed more than 150 projects and worked his way up to senior project manager.

Muscio next worked for Sinai Hospital as the director of construction and engineering and then at Beaumont Health System. He spent almost 18 years there as the program manager and team leader for the real estate development and planning department. Managing capital budgets gave him the experience Rochester Community Schools was looking for, he says. 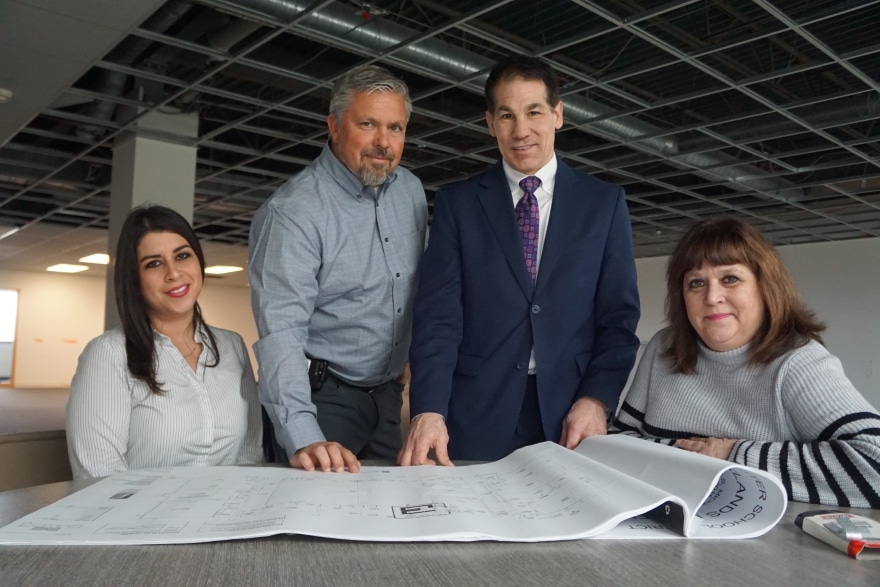 Voters had approved the bond program, but the district was looking for someone to manage it. A friend of Muscio’s told him about the need and connected him to the district. While schools and hospitals are different in many ways, he says he finds similarities in maintaining facilities that are vital to communities.

“I like being able to make improvements that make it easier for staff to do their jobs and create a positive environment for students to learn,” Muscio says. “It’s rewarding knowing my work has that kind of impact.” 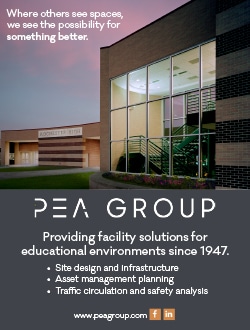 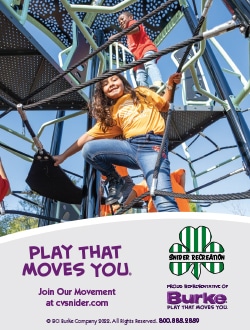 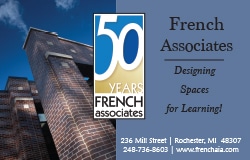