In most school construction projects, the bulk of time is spent, well, building the school. At School District #62 (Sooke), however, a whole year was dedicated solely to blasting rock. That’s because its two new schools were built on the side of a cliff.

“We usually aim to build on flat land, but we’re running out of space to build,” says Pete Godau, the district’s facilities director.

Most of the land in Langford, a suburb of Victoria, British Columbia, is being used to build housing developments, he says, adding that it’s third fasting growing city in Canada per capita.

In Godau’s 21 years with the district, enrollment has increased from 8,000 students to over 12,500. This year, there were over 600 new students; the 2021-22 school year saw almost 900 new students. Godau says city officials have been working to attract families and young people to settle in the area. They’ve also worked with school district leaders to accommodate the influx of new students by developing plans for new schools and in securing funding for them.

“The district is focused on making sure we have the capacity to be able to support the community in its growth,” he says. “We make sure our number one goal is successful students and successful graduation rates.”

When the district, which has 27 schools, began planning for the two new schools on the cliffside, the land was untouched. Now, in addition to the schools, housing developments have cropped up in the area, including one that’s expected to add 80 houses per year.

Work began in January 2019 to cut down and remove trees from the 16-acre plot of land. Vegetation was then removed so blasting could start.  In addition to being time intensive, Godau says blasting of the rockface cost $20 million, with $88 million budgeted to support the entire project. Most of the blasted material was crushed and used to fill and finish elevations. When blasting was finished, construction of the schools, as well as retaining walls along the cliff, began.

One of the schools, PEXSISEN (which is written with an underlined N to reflect its indigenous meaning), serves 500 students in kindergarten through fifth grade. The other, Centre Mountain Lellum Middle School, will serve 700 students in sixth through eighth grade. PEXSISEN opened at the start of the 2022-23 school year, while Lellum was scheduled to open in November. In the meantime, those students are using temporary accommodations. 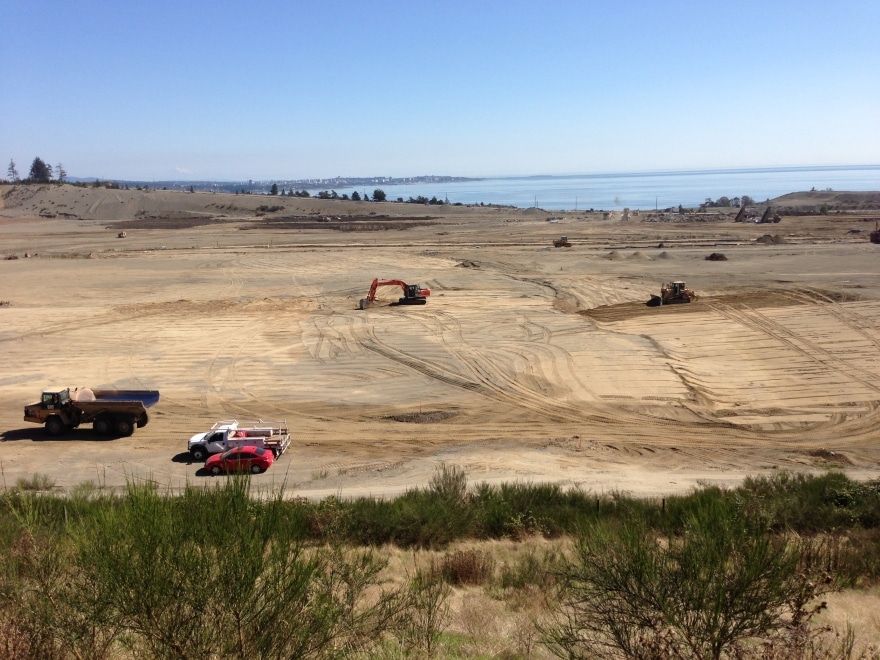 According to Godau, both school names were gifted to the school district by local indigenous nations. PEXSISEN, which is from Songhees First Nation, is a Lekwungen and SENCOTEN word meaning “the opening of hands.” Lellum is from Sc’ianew Nation (Beecher Bay) and conveys house, community and a place of raising children.

The schools are separated by landscaping and an artificial waterway. The middle school also has an artificial turf field. Having them side-by-side supports the transition of graduating from elementary and moving up to middle school, Godau says.

Building two schools simultaneously required keeping a strict schedule and overseeing double the crew, he adds. While this was made more challenging with COVID-19 restrictions and guidelines, the project stayed on schedule.

“It’s very busy to build two schools at once,” he says. “We’re lucky to have a great team that makes decisions together and consultants who are knowledgeable about building schools.”

It also helped that the experience wasn’t entirely new to Godau. From 2012-15, he oversaw the construction of two high schools at once.

The project came about when it was determined that the high school at the time had deteriorated beyond repair. To accommodate population growth, the district decided to build two new schools instead of one.

Unlike the schools that opened this year, the high schools were built on separate properties. Royal Bay Secondary was built to accommodate 800 students but was over capacity only one year after it opened in 2015. Godau and his team ended up bringing 10 portable units onto the property for overflow and in 2019 built an addition that can accommodate 600 students. 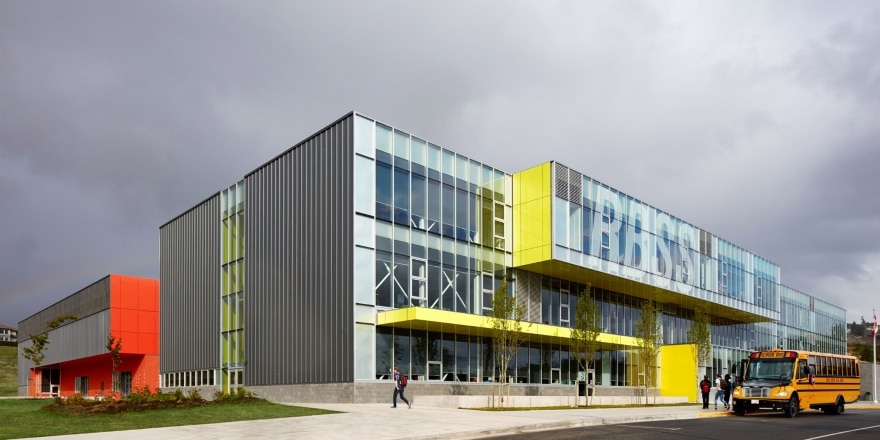 The other school, Belmont High School, was built for 1,200 students and, as of 2022, was over capacity. It’s now using the 10 portable units Royal Bay had been using at other over capacity sites.

According to Godau, the school district has worked with city leaders to purchase more school sites, including a 12-acre property for a new high school. He says the district is still four to five years away from building the school, with the schedule dependent on capital funding. The district has also purchased sites for four new elementary schools, with one currently in the design phase.

“This work is not without its challenges, but I like the growth,” Godau says. “We’re never closing schools.”

In addition to the new builds, Godau and his team of 200 must keep up with day-to-day facilities work. He oversees teams that include custodial, transportation, maintenance, project management and construction, each with a manager who reports to him.

Some of the schools are over 50 years old and the team doesn’t want them to become undesirable compared to new schools, so regular visits are scheduled for preventative maintenance. 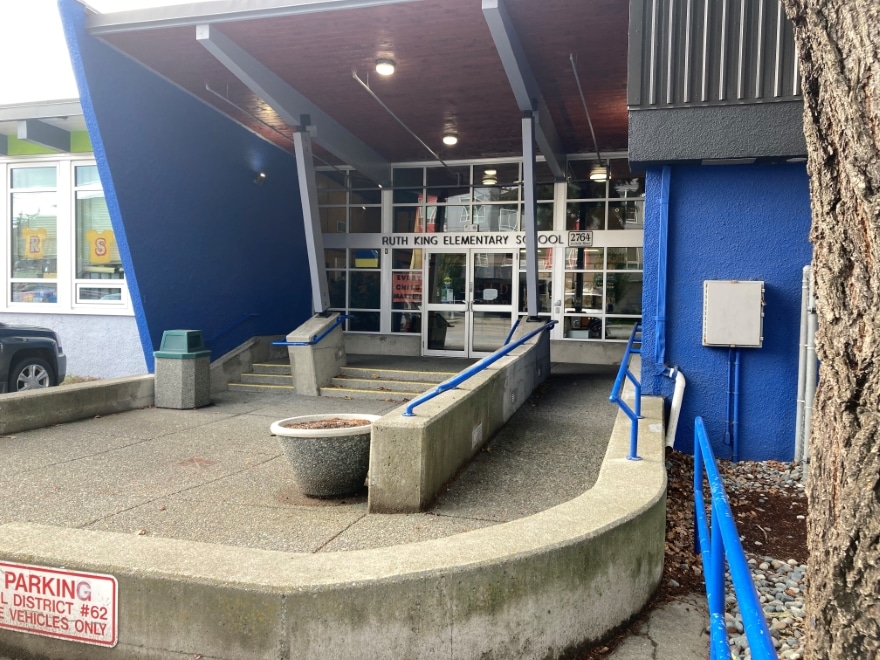 “We don’t want to be waiting for phone calls to tell us something is broken,” Godau says. “We’d rather go into schools proactively and keep things in good shape so they don’t break.”

He also encourages members of his team to talk with teachers and staff to better understand their needs. He says he’s grateful for the care his team takes with their work.

Prior to joining School District #62 in 2002, Godau had worked in other construction roles. He particularly enjoys building and maintaining schools because of the impact on kids and communities, he says, and was promoted to his current role in 2009. Outside of work, he spends time with his wife of 36 years and their kids and grandchildren. He also likes to boat, fish and golf.

“I’m still a few years away from retirement, but I’m excited about what we’re building here,” Godau says. “We still have a lot of growth ahead of us.” 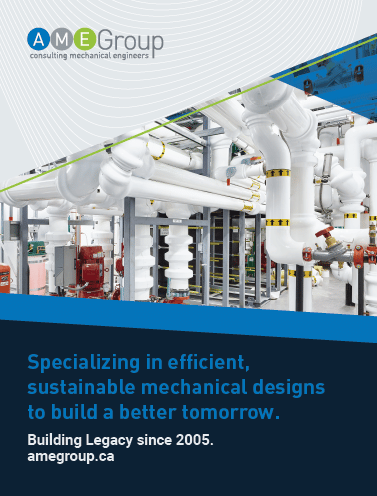 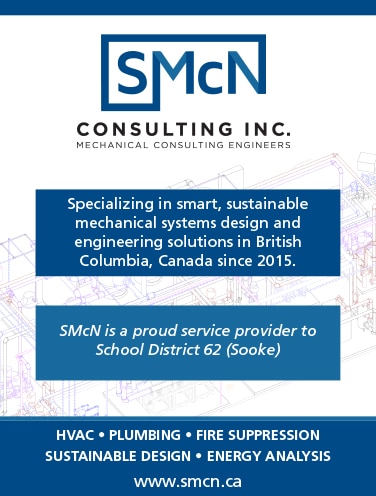 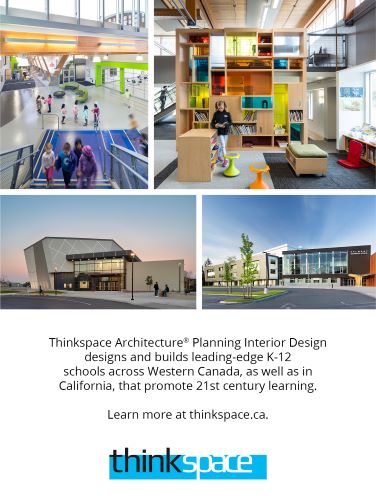 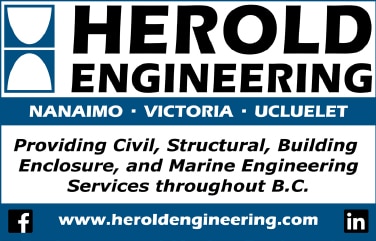 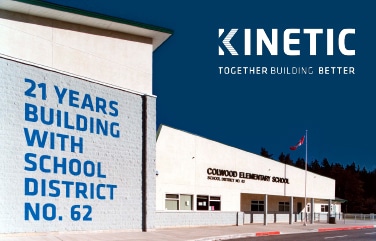