Keeping commitment in its sites

In its day, the Helme Snuff Mill was nothing to sneeze at. Built in 1883 in the ubiquitous brick factory complex style of the era, it produced enough smokeless, snortable tobacco and chaw to employ a town that became known as Helmetta, New Jersey.

When the mill, about 50 miles south of New York City, closed in 1993, it fell to the mercy of time, the elements, and vandals, becoming something of an eyesore in the town it spawned. The building had good bones—the question was what to do with the skeleton. 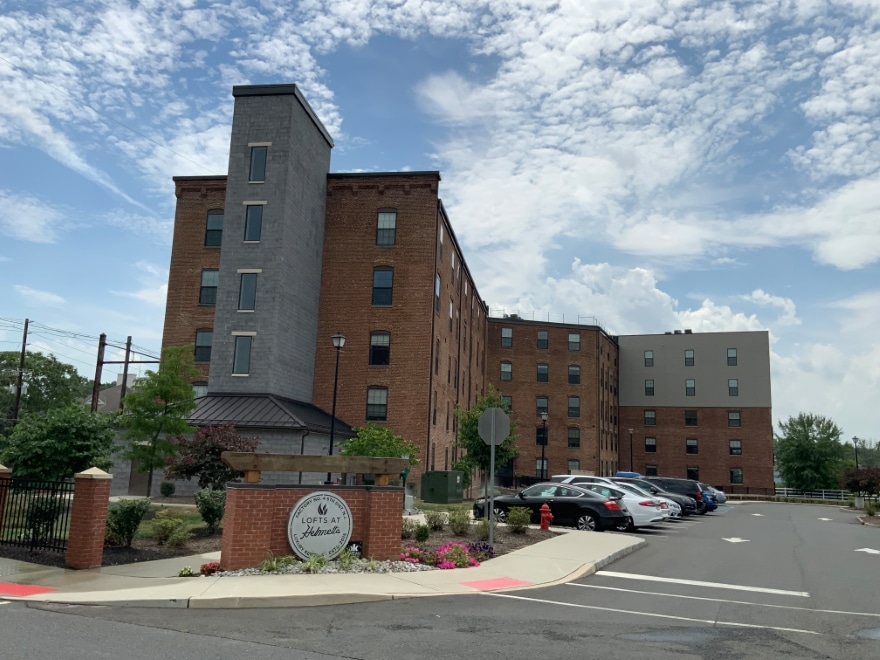 The answer was provided by Highland Park-based Kaplan Companies.

“Our sites are generally sites that have issues,” says Kaplan Vice President and Director of Forward Planning Paul Kausch. “We buy either land or sites that have to be remediated and bring them through the development process.”

Digging in the dirt

Redeveloping sites with a history of environmental contamination is no easy task. Doing it on your own dime is an even bigger feat and a point of pride for the Kaplan.

A family-owned business started in 1952, Kaplan specializes in housing in areas of northern New Jersey that were once part of the area’s industrial backbone, taking on sites larger companies don’t want to build on and smaller companies can’t build on. Kausch says a big Kaplan difference is its projects are built and managed for the long-term, with more than 4,000 units in its stock.

“We rarely sell anything,” he says. “And we win awards for our management with the apartment associations.”

Converting the mill into a showpiece with 180 apartments and an adjacent 20 townhouses was perhaps the most difficult project Kaplan had ever done, Kausch says.

The six-story and five-story mill buildings were connected by a fourth-story bridge, crossing over the rail lines that used to serve the mill. A waterway flows under one of the buildings. 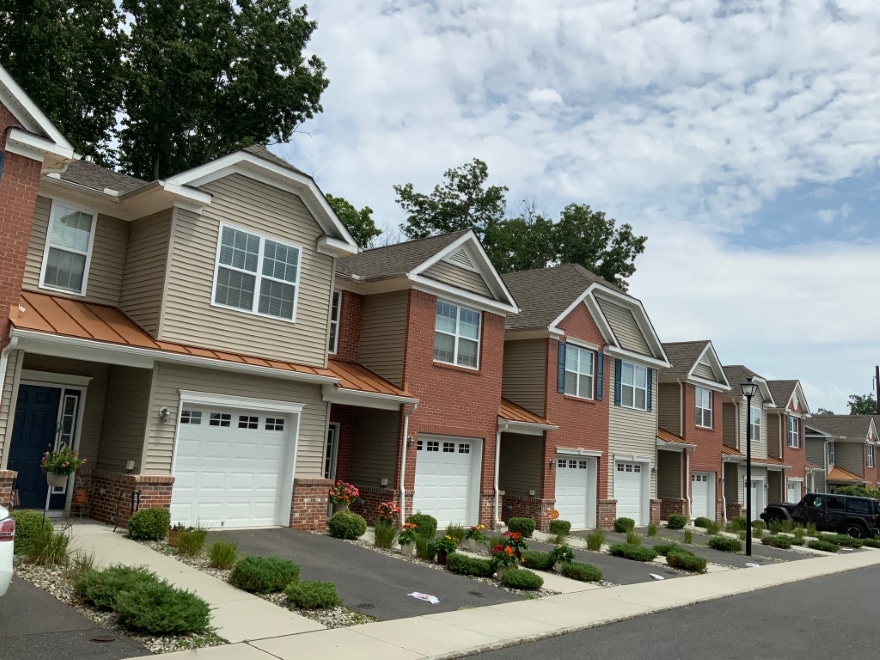 “There are certain amounts of things you want to leave exposed, but there is a cost to leaving them exposed,” Kausch says of the potential need to remove lead paint and asbestos.

Exposed brick and beams make a good look, but the columns supporting the beams had their own unique qualities.

“There was tobacco residue on them, it not a hazard, but it smelled,” Kausch says.

The beams were eventually treated, but the columns also played a big role in how the one- and two-bedroom apartments were laid out, as columns became the end caps for kitchen counters or cut into closet spaces.

“All the windows at this point were either broken or nonexistent,” Kausch says, adding they had windows custom built to fit the masonry openings.

The Helmetta exterior was also punctuated by warehouse doors built to allow freight trains to pull right up for loading. What’s more, exploring the depths of the mill presented its own thrills.

“It was more like spelunking than doing a building inspection, there were a lot of what ifs,” Kausch recalls.

The Camelot at Edison project on Jackson Avenue is more typical of Kaplan’s work, with 220 housing units in a three-story walkup built on a former factory site once considered for commercial redevelopment.

The new units also help that city comply with state Council on Affordable Housing rules, Kausch says, and is also compliant with the Americans with Disabilities Act standards on its first floor. The complex has its own clubhouse that features a fitness room, a game room and lounge. There is also an outdoor swimming pool, fire pit and dog run, as well as a dog grooming/wash station and bicycle storage.

While the factory is gone, the ground under Camelot at Edison still held the residues of the site’s industrial past, and regulations for environmental remediation for residential reuse are invariably more stringent. In these instances, Kaplan works closely with their environmental consultant to develop a customized plan for each property. Remediation often involves the removal of existing underground storage tanks and placing a visual barrier between contaminated soil and engineering control features such as buildings, parking or several feet of certified clean fill.

The contamination Kaplan sometimes has to remediate typically comes from urban industrial sources. Such was the case at the four-block project in Perth Amboy that also required tearing down a water tower. But remediation is not just for city folk, Kausch recalls building on former orchards where soil was contaminated by arsenic and asbestos from greenhouse window linings.

Environmental regulations are not the only ones he needs to comply with as Kaplan builds. Kausch knows the building and life safety codes thoroughly, allowing him to pass inspections and avoid expensive change orders during construction.

“I’m sort of an anomaly because most people who take the courses get their license and work as a building inspector. I never wanted to be an inspector,” he says.

One helmet, many roles

In a company where longevity is more norm than exception, Kausch has been an estimator, supervised purchasing and contracts, and supervised construction sites. As a planner he is more directly involved with Kaplan President of Residential Jay Franklin, General Counsel Bret Kaplan (no relation) and CEO Jason Kaplan who took over the business from his father Michael Kaplan.

“Adapting to the roles, it was almost like moving to a new job every few years,” he says. 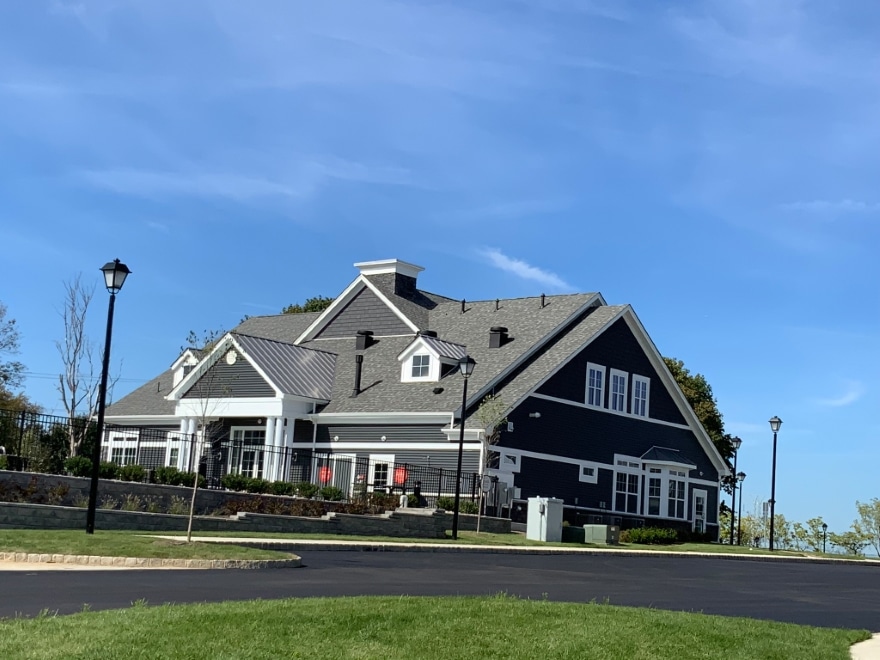 The company is becoming more active in acquiring properties to develop.

“Up until now, a lot of the projects have found their way to us, based on our reputation, or were legacy properties purchased many years ago and held by the family until time was right to develop them,” Kausch says.

Kausch is not quite a Kaplan newbie, having been there 23 years, but he says one employee just retired after 40 years, and others with 30 year’s tenure are not uncommon. The longevity helps in the industry; the contractors know what Kaplan wants to do, and the company knows which contractors can carry out the work.

“It speaks to the kind of place it is to work, we are good at what we do, but when you look at trade partners and vendors, they tell us we are so nice to do business with,” Kausch says. “It is sort of like a gentleman’s way of doing business.”

Before joining Kaplan, he had his own remodeling business, but says the travel to job sites was a grind and he wanted to be closer to home. A cold call to Kaplan—explaining why he would be a good fit—opened the door for him.

Even if he’s never sure what, exactly, he’s about to walk into.

“A lot of the satisfaction I get is just from being in the middle of it all,” Kausch says. “In each phase of the career, you are taking a base of knowledge and applying it to and still figuring out how to do new things.” 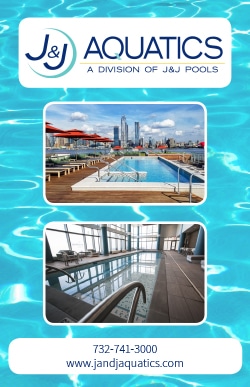 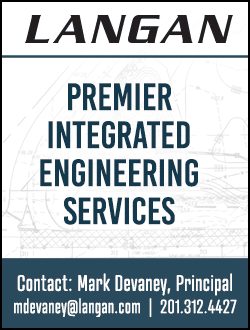 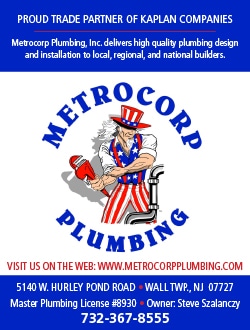 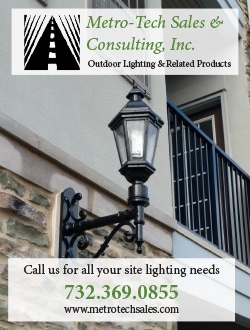 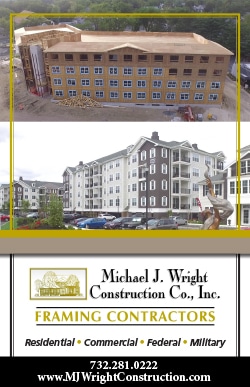 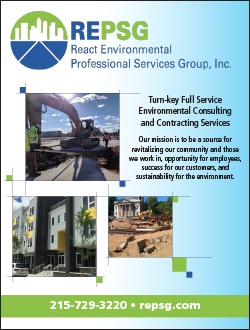 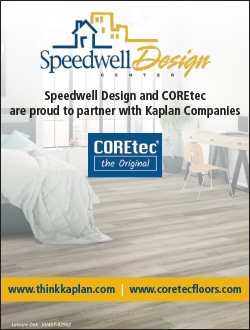 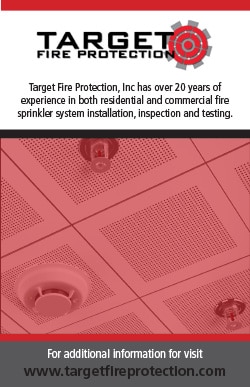 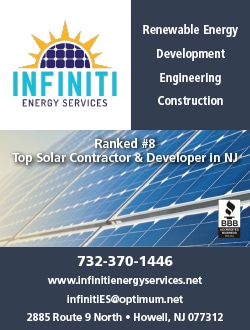 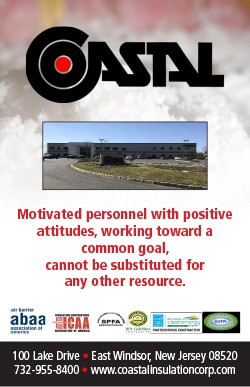 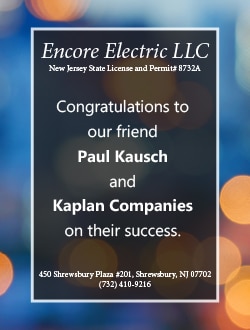 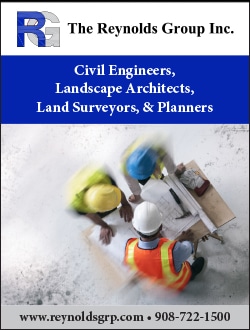 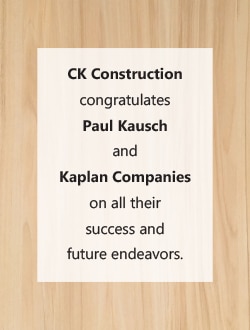