Sparking awe in Vegas with more than bright lights

When the Las Vegas Strip reopened in June 2020 after a COVID-19 pause, celebrations were muted—at least for the first few weeks. Then, on a not-so-quite boulevard, Resorts World Las Vegas opened with a shower of fireworks and a traditional lion dance for luck and prosperity.

Which, in the context of a continuing global pandemic, means it’s something of a gamble. Yet, with his nearly 20 years of experience in hospitality design, Gunderson felt optimistic seeing the location, spanning 7 million square feet, finally light up. He oversaw everything from development and planning to programming and management. That included everything from choosing where to situate the restaurants and lobbies to considering the check in process, following Centers for Disease Control and Prevention COVID-19 protocols, and security.

When the doors opened at 11 p.m. on June 24 for unrestricted access, locals and tourists alike numbered above 20,000.

“I was excited to be a part of this project,” says Gunderson, who was hired just four months after the project broke ground in May of 2015. “It was thrilling to see it move from a theoretical concept to a living, breathing entity—no longer an empty structure but filled with happy, excited guests.”

Imagine driving north down Las Vegas Boulevard, the Strip or Interstate 15. Your eye will probably catch the 100,000 square foot LED screen adorning the front of the West Tower. Size isn’t its only unique feature, though, Gunderson says.

The screen syncs with the 19,000 square foot rectangular marquee on the corner of the East Tower. So, despite having an entire West Tower between the two marquees, an advertisement can be displayed across both, so that, from the right angle, it looks like one, continuous digital billboard. These two can also work together with the traditional marquee at the driving entrance and the LED surrounding the exterior of the resort’s Zouk Nightclub. 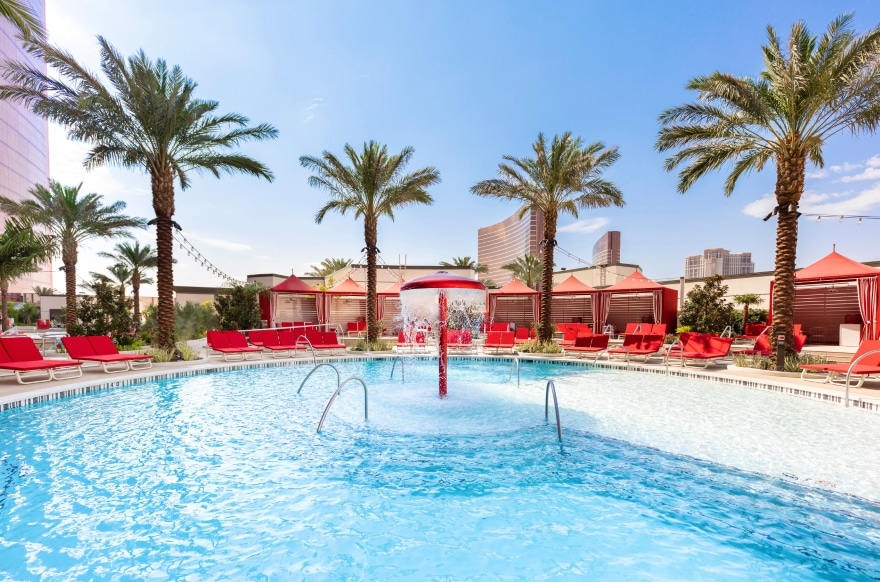 The LEDs used in the screens are not only energy efficient in a town known for excess, but they also provide the marquee with one of the highest resolutions on the Strip. When they light up, they display everything from the resort’s current events, including shows, to paid advertisements.

According to Gunderson, what really made his architect’s heart soar, though, is the sculpture just inside one of the resort’s primary entrances: A 50-foot diameter sphere composed of 6,000 square feet of LEDs.

Gunderson particularly enjoys seeing people standing in front of the digital globe displaying an hourly, immersive digital show—one is an under-the-sea show that makes the globe resemble a large fishbowl—as well as advertisements.

“It’s the little things, like getting to talk to people and seeing our work through a fresh set of eyes,” Gunderson says. “We’ve been blown away by the response.”

While the initial wow factor is high, Gunderson says the intent is to bring guests back, so they experience something new each time. “We’ve worked hard to make it nearly impossible to see everything, because everything is changing,” he says. “Most guests aren’t going to stay long enough to see everything.”

Even if they do, their experience will still be different due to new theater programs and other entertainment, as well as a variety of places to eat and drink. With over 40 different culinary outlets, Gunderson says it’s virtually impossible to sample everything in one visit. 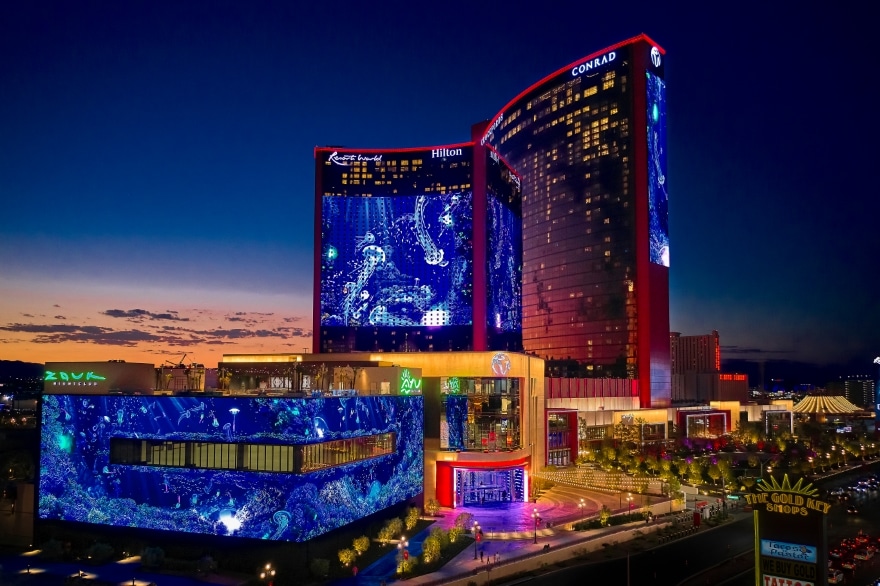 “Someone who may come in for a business conference on one trip may come back later as a foodie or theater aficionado and have an entirely different experience,” Gunderson says. “Even before COVID-19 concerns, we were also revamping check-in and other procedures to make everything available at your fingertips.”

Resorts World Las Vegas may be Gunderson’s latest project, but it certainly isn’t his first in the hospitality field. Starting his career in the late 1990s as a designer in Washington, D.C., for an architecture and planning firm, he moved onto planning sports facilities and then moved across the nation to Las Vegas in 2006 to enter the world of luxury hotels.

To date, he’s helped plan and develop hotels around the world, including in Macao and Singapore.

“I enjoy the complexity that comes with working in hospitality, especially in Vegas,” Gunderson says. “Office buildings are not as much fun with their singular focus. With mixed-use facilities like sports facilities, airports or Vegas resorts, you get to bring diverse elements together.” 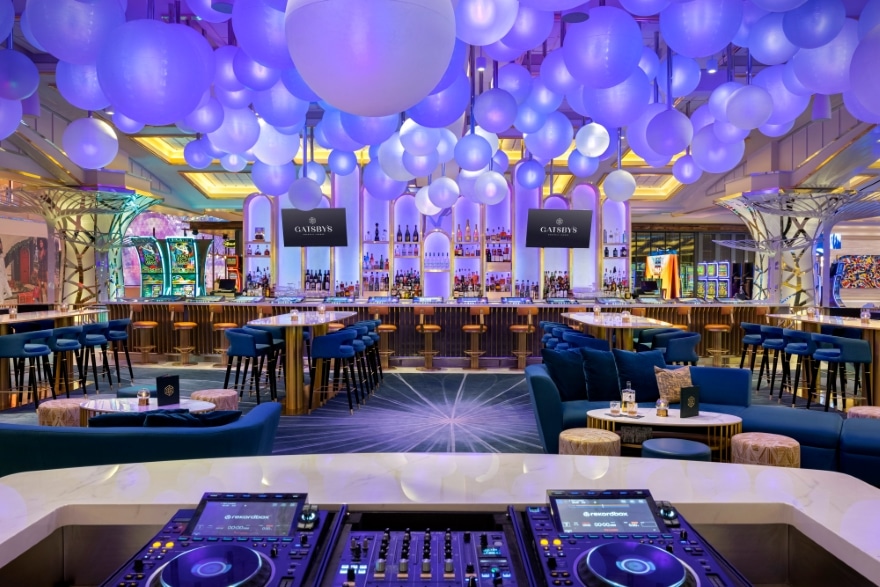 That’s one reason Gunderson fell in love with being an architect, earning his degree at the University of Texas at Arlington.