With floating polyethylene islands twice the size of Texas and beaches that have as much trash as sand, it’s no exaggeration to say the planet is drowning in plastic.

While cleanup helps, the ultimate solution may lie with plastic alternatives, says Paul Callaghan. As the vice president and general manager of facilities and construction at Footprint, he’s helping the business find and upkeep locations needed to produce biodegradable to-go containers, cups, straws and other durable goods, including microwavable containers. 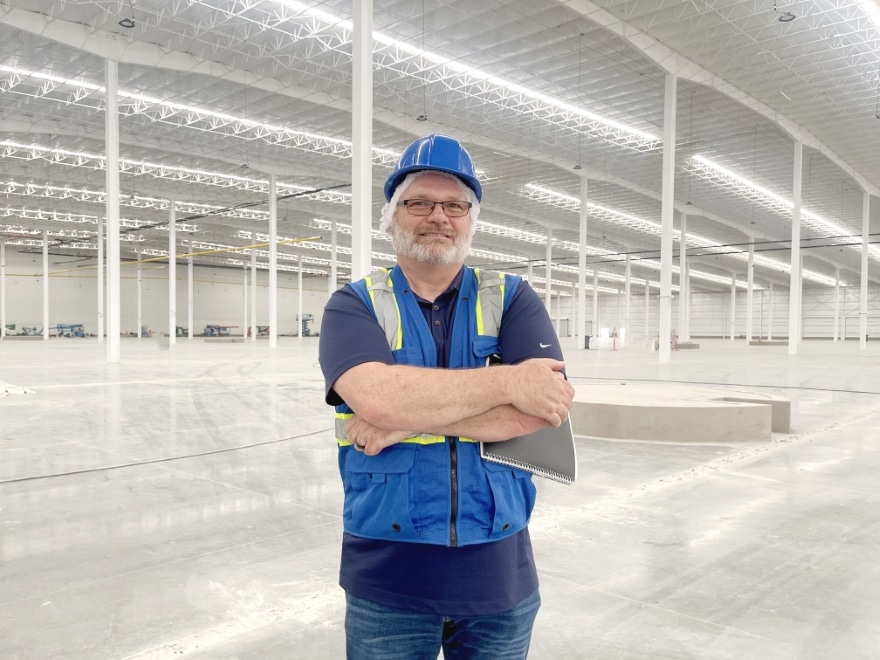 With demand outpacing the company’s supply, it’s a big job—and those garbage patches aren’t getting smaller.

“Our current primary focus at Footprint is on delivering single-use plastic replacement, reduction and elimination solutions that compete with plastic on cost and performance,” says Callaghan, the company’s general manager of facilities and construction. “My team’s mission is to support Footprint’s execution of our growth plans.”

According to Callaghan, Footprint’s strong growth is a testament to the company’s ability to innovate and “swerve as the business landscape changes.”

The company was founded in 2014 and, in April this year, celebrated the sale of half a billion paper straws—which have become increasingly popular alternatives for companies like Chick-Fil-A, McDonald’s Canada and Panera Bread. When Callaghan spoke to Blueprint in July, that company was planning its initial public offering for later in the year. 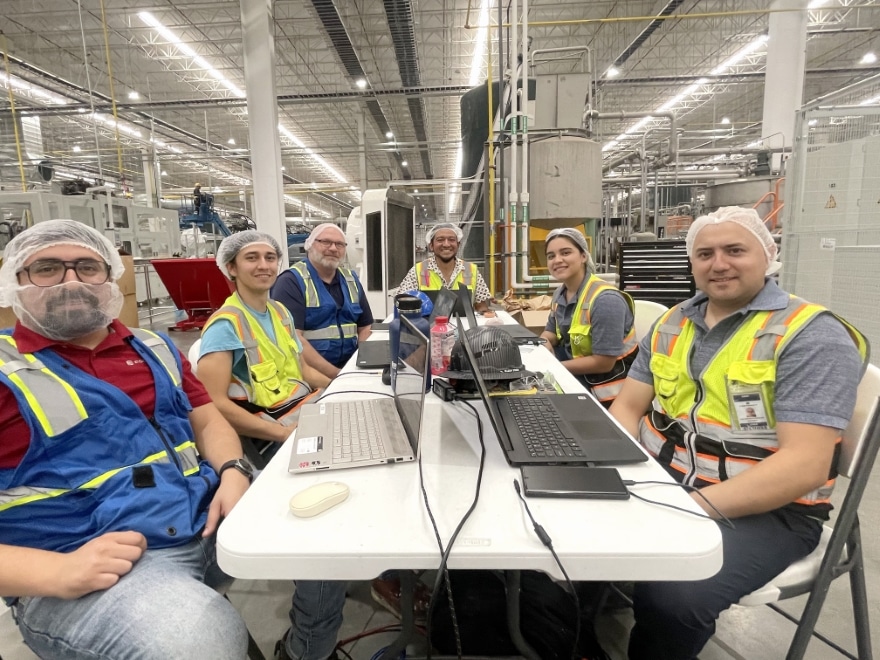 Despite the stresses of his job, Callaghan says the team at Footprint is equipped for the challenge—it’s research and development, for example, is run primarily by a cadre of ex-Intel semiconductor scientists—including Callaghan and co-founders CEO Troy Swope and Chief Technology Officer Yoke Chung.

Swope left Intel to start Footprint after discovering that his lunch wrapped in plastic was becoming contaminated due to off gassing, a phenomenon he had noted while measuring silicon wafers for contamination from plastic packaging at Intel. Swope knew there had to be a better way to package items and to protect humans from plastics in their food.

Swerving as they go

Callaghan says finding factories and staffing those locations may be the greatest hurdle for him. Since mid-2021, Callaghan has been busy managing the construction of a one-million-plus-square-foot factory space in Baja, Mexico. The facility will come online in phases with phase 1 already in production since January 2022. 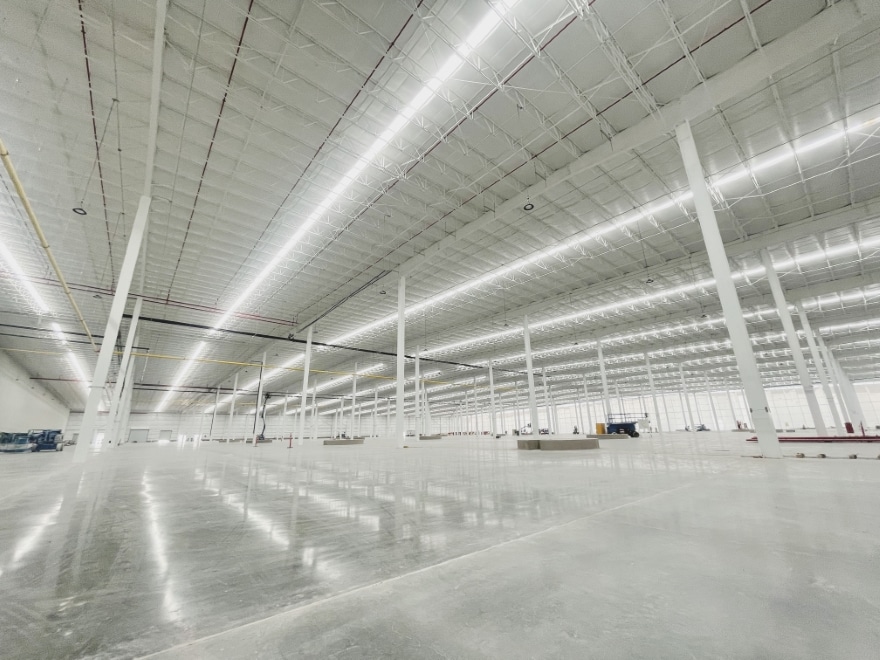 Due to the electrical power demands the construction of the facility required the developers to work extensively with the power providers to put in the required infrastructure. A large wastewater treatment plant was also required to reclaim and reuse water in the manufacturing process.

Callaghan hopes to set the foundation for Footprint’s future growth by empowering employees at its facilities—specifically, allowing them to make decisions on process and procedures locally. For example, the selection of European-based facilities equipment would be made by local employees.

“We have to add about 2,000 people to the new factories,” says Callaghan. “It takes all of us working together to make it happen. It takes a global workforce to solve these problems with real solutions. To take on a global problem it takes a global team.”

Growing up in Dublin, Ireland, Callaghan developed an early love for figuring out solutions to complex issues using math and engineering. He received his undergraduate degree in mechanical engineering from Trinity College Dublin in 1987. Over the next three years he worked as a material handling engineer at International Computers Ltd in the UK. In 1991, he was hired by Intel Ireland as a manufacturing supervisor.

Five years later, he and his family moved to Phoenix, Arizona, to work for Intel as Manufacturing Supervisor where he stayed until he left to join fellow intel scientists at Footprint in 2021.

“I wanted to get involved with something tangible that was helping the world reduce plastic,” says Callaghan, “and craved the culture of a new company.” 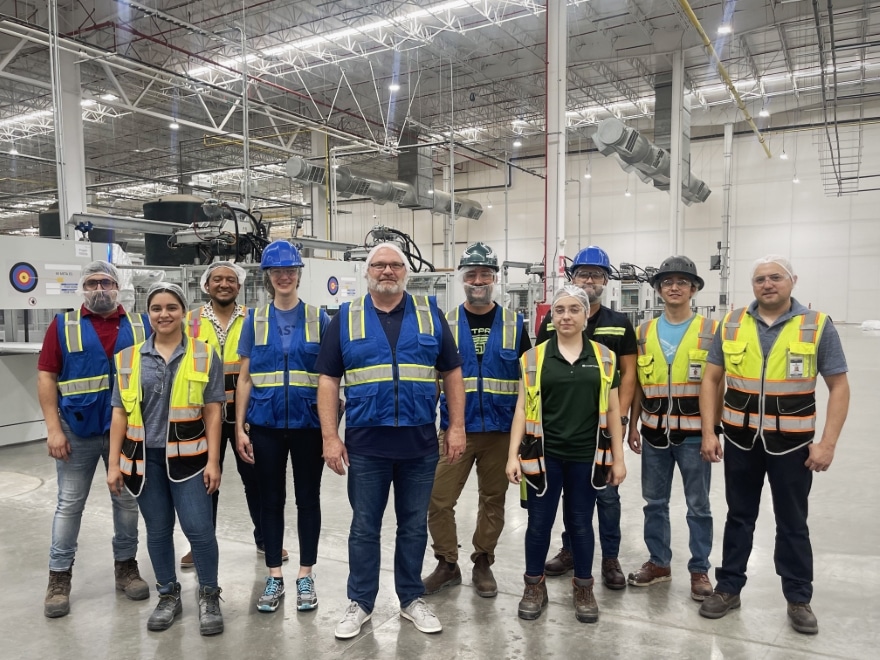 In 2021, Footprint was named a CNBC Disruptor 50 company and Callaghan takes pride in Footprint’s contribution to a reduced plastic world.

“I grew up loving the ocean. I knew how important cleaning up the ocean is and when I first got the opportunity to work at Footprint, I said ‘Yes, I want to be part of this,’” says Callaghan. “Our CEO sits two doors down from me and I see some new big challenge rise up and we innovate together, again and again.”

Callaghan says Footprint developed and tested a microwavable bowl that’s coated and as sturdy as plastic, but that is biodegradable within 90 days after use. This item is currently in production but sold out through 2024.

“Tech developed at Footprint is several years ahead of the rest of the competition,” says Callaghan. “There’s a lead time as you have to develop molds, then do store trials, then companies come back with results and in about a year we can deliver product to the general public. We are working to reduce these lead-times.” 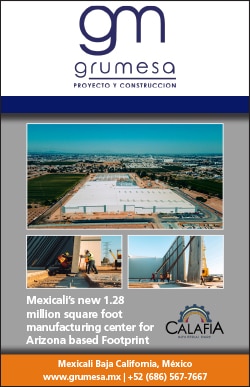 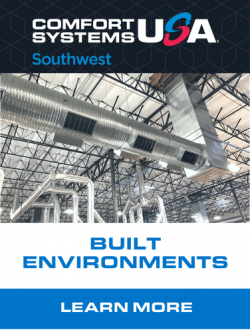