Paul Buckner isn’t a student, but he’s gone back to school.

As the director of construction and energy management at Bryan Independent School District, Buckner is doing what he loves—reducing energy use and costs. He’s also discovering what goes into constructing school buildings, which is new for him. 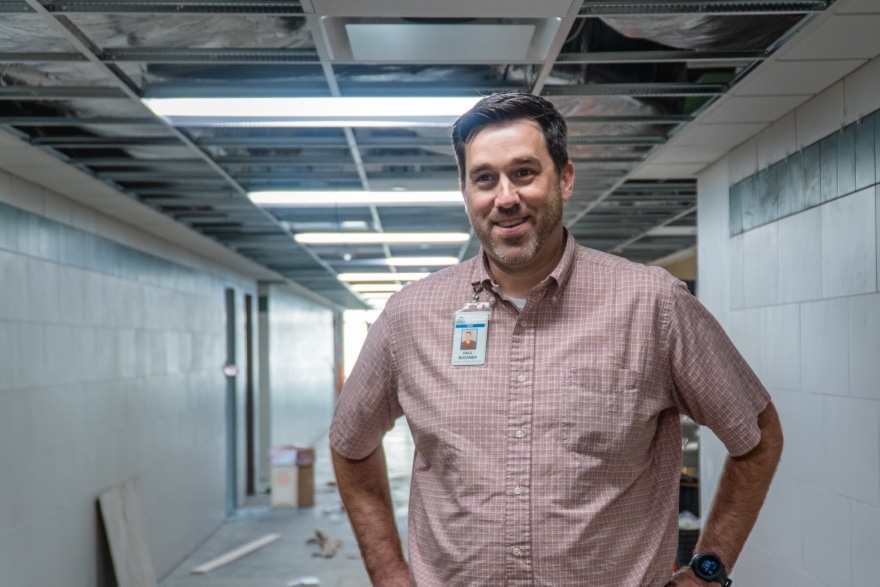 In learning more about construction, Buckner has come to love the design process. He gets to help plan what a school will look like and how it’ll be used. And he gets to “build in” energy savings.

“Energy is always part of the thought process in the design stage,” he explains. “What can we do in design to limit energy costs once we’re in the building? The money savings can then go back into the classroom and positively impact students instead of just going out the door on utilities.”

Bryan ISD, located in Texas, has 23 schools serving 16,000 students in pre-K through high school. The district is building a new school for fifth and sixth graders, and, in June, Buckner said the project was expected to go out to bid that month or the following, with the school scheduled to open in August 2023.

At 155,000 square feet, it will have a 1,000-student capacity. Although only 800 will be enrolled to start, Buckner says the district wants “room to grow,” which he kept in mind while designing the cafeteria, library and common areas. 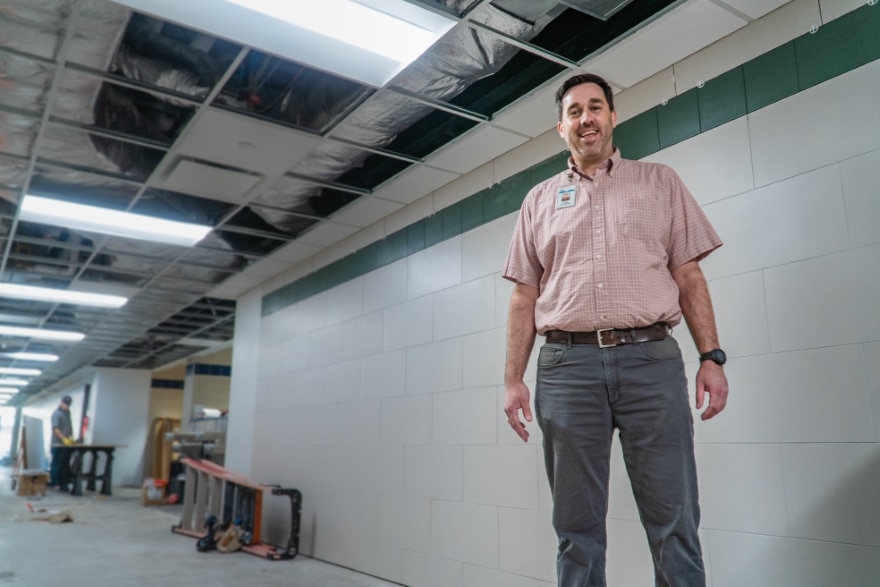 The new building, which Buckner expects to be complete by summer 2023, will have one department on each side and a large conference and training room in the middle. It will also have a parking lot large enough for the district’s entire 147-bus fleet.

The two new builds are being funded through a $175 million bond passed in November 2020, Buckner says. The five-year bond includes multiple renovation projects as well, many of which allow him to lean on his energy background.

Whether it’s new fencing, roofing or fire alarm systems, Buckner says every school in the district will receive some level of renovation. Bigger projects include a high school that needs additional classrooms and a 45-year-old middle school annex that needs classrooms to be modernized with new flooring, windows and more efficient lighting.

In terms of energy upgrades, Buckner says the lighting in every building has been replaced with LEDs. He has also been upgrading some of the HVAC systems, which he feels fortunate to have finished prior to the COVID-19 pandemic. 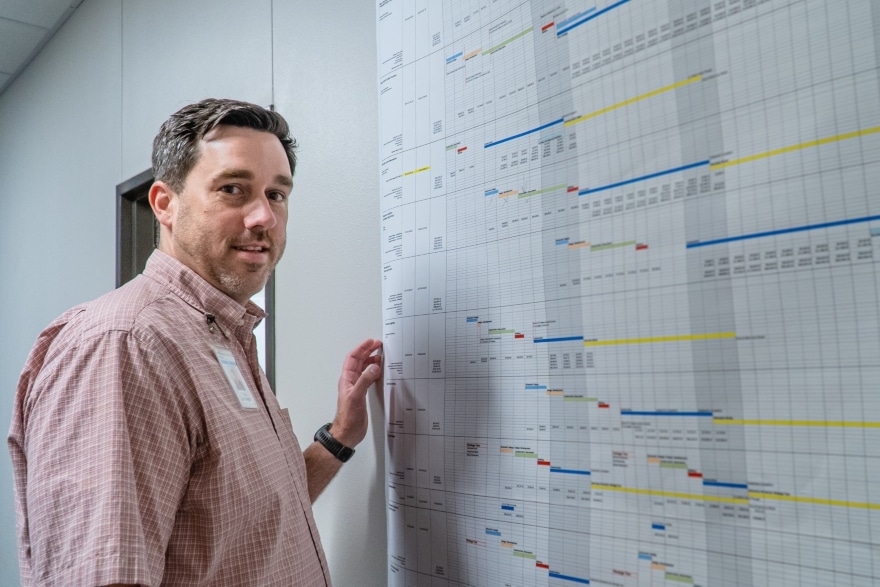 Buckner installed bipolar ionization units in the HVAC systems of almost every school, which make molecules in the air larger and easier for filters to catch. The units help reduce the transmission of COVID-19, although Buckner installed them to combat the Texas humidity originally.

The goal was to improve indoor air quality and lessen the need to bring in outside air. Because the outside air is so humid, he says it takes more energy to remove the moisture.

“We really lucked out with the timing, because this helped with COVID,” he says.

Overall, Buckner says the district has been managing the pandemic well and none of his job sites or projects had to be shut down or put on hold. He and his team have been following safety protocols, which have also been extended to outside vendors.

“Every day is a new challenge,” he says. “There’s no such thing as a perfect plan or project. Things go wrong, but I have a great team, and I love working with them to find solutions so we can deliver the best we can for students and the district.”

Working on projects that benefit kids has been very rewarding, Buckner says. 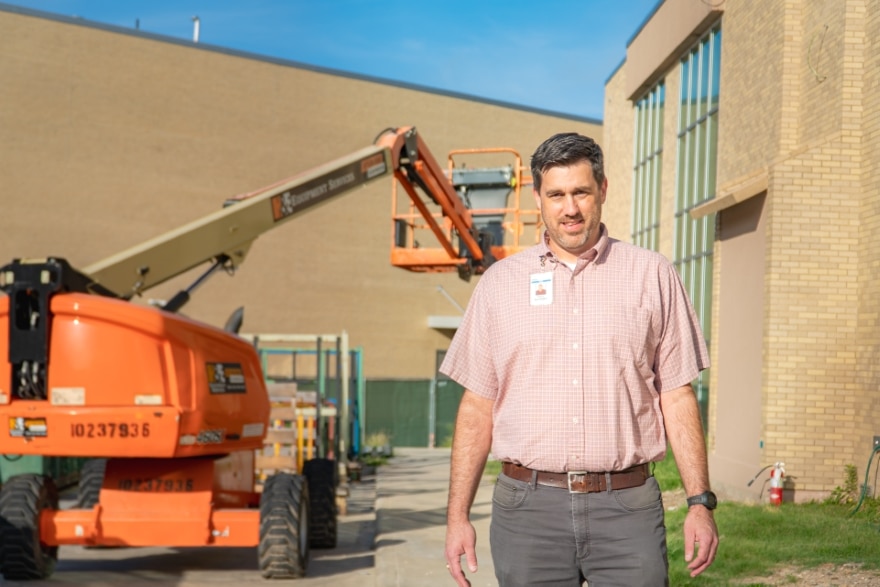 Prior to joining the district, he spent six years managing accounts for a range of clients, including Bryan ISD, at Bryan Texas Utilities. He started in the district as an energy and sustainability specialist in 2014 before being promoted to his current position in 2018. Buckner says he’s enjoyed the problem-solving aspect of construction and learning to build schools that will last for 40 to 50 years.

One of his biggest goals, though, has been creating learning environments where students and teachers don’t realize that energy efficiency initiatives are being used.

“I thought it’d be a great challenge to go from overseeing 20 to 30 accounts to working for one of them and having a larger impact,” Buckner says. “I like seeing my ideas actually being built and brought to life. And I love knowing it will have an impact on the kids for decades to come.” 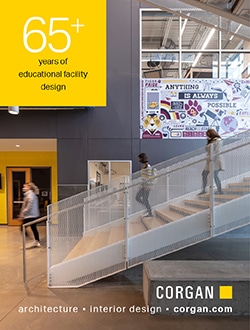