Patrick Sise is used to building in the clouds.

Most of his time at Wood Partners LLC, where he’s vice president of construction, has been spent building high rises in Chicago. The past couple of years, though, he’s started working on smaller, multi-family buildings.

The projects aren’t only different because of their size. The materials and process to make them requires other skills and knowledge, which Sise has been learning as he goes. 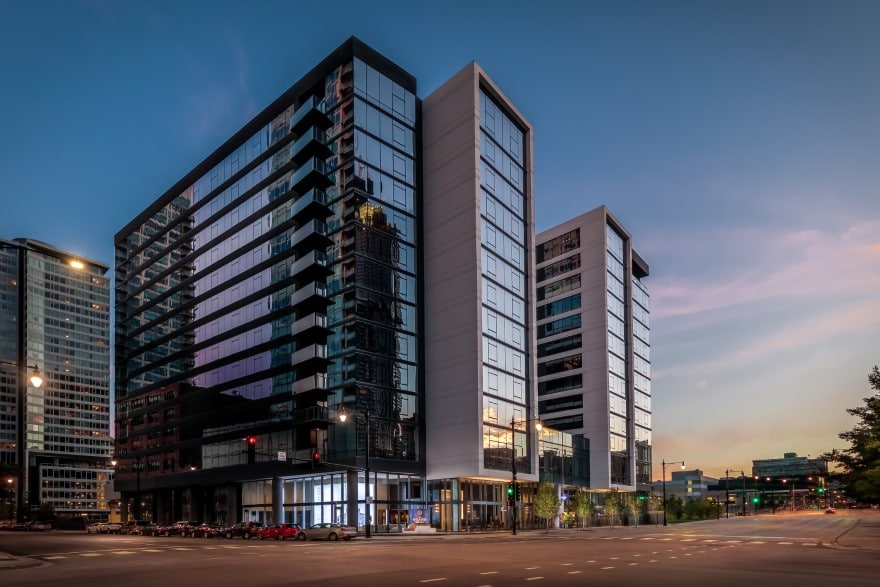 “Wood frame products present a unique set of challenges compared to the concrete high rises I’m used to,” he says. “But that’s what I like about construction. You get to work on new challenges and find new ways of solving problems.”

Sise says he feels fortunate Wood Partners lets him take on these new challenges and grow in his career. The company, which is headquartered in Atlanta, develops and manages residential communities nationwide.

“Since coming to Wood Partners, I get to be involved from day one on each project,” Sise says. “I even get to work with the design team and provide input as the design develops, which I prefer to coming into a project and being handed something already underway.”

Sise is currently overseeing the construction of three multi-family buildings in Las Vegas on a development called Alta Southern Highlands, located within the Southern Highlands community. He started the $35 million project in August 2020 and expects the buildings to open in spring 2022.

Each will be four stories and for a total of 228 units, with one-, two- and three-bedroom options. Sise says he and his team are ensuring the buildings match the style and character of other buildings in the Southern Highlands area, while also having “the Wood Partners touch.” This means spacious units with tall ceilings and a high-end luxury feel, he says.

The community will also have a pool, and one building will have a speakeasy, which Sise says is a popular amenity in some of Wood Partners’ other developments. 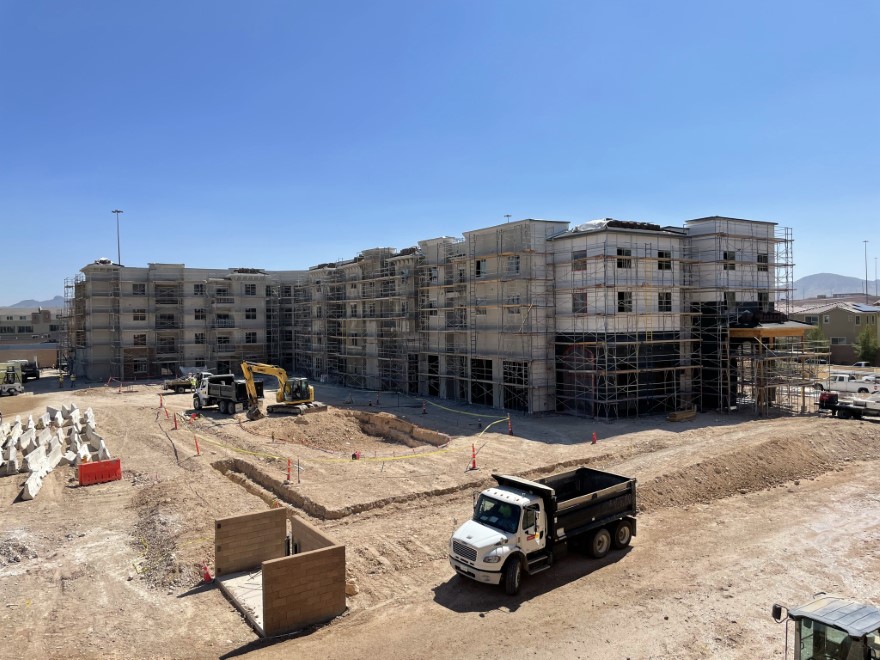 “We’re focused on building community space for residents where they can gather with their neighbors,” he says. “It will allow them to have social engagements without having to leave their community.”

The building with the speakeasy, which will also have the leasing office and a clubhouse, is furthest along in construction, with drywall installation currently in progress. The second building has all of the framing completed, while the last one, as of mid-September, had half of the framing constructed.

Sise says he enjoys working on wood frame buildings and is hoping to work on more. An opportunity has presented itself in Minneapolis, with the project still being in the early stages of design. Wood Partners is also actively pursuing options to build wood-framed apartment developments in the Chicago suburbs.

Sise says learning how to work on wood frame buildings has been an interesting challenge, with the COVID-19 pandemic only adding to this. To be successful, he knew from the start that he’d need to find a strong team who could be managed remotely.

“Without the team, I wouldn’t be able to try new things and gain this new area of knowledge,” he says.

Sise says he had to rely on his team more so than on other projects since he’s still learning the intricacies of wood framed construction. While he enjoys the experience, he says high rise buildings will always be most special to him. He’s built three in Chicago in his six years with Wood Partners, including Alta Roosevelt and Alta Grand Central, both in Chicago’s South Loop.

Alta Grand Central was built on the former site of Chicago’s Grand Central Station and includes a back-lit mural of the train station terminal on nearly the same exact spot where it’s façade and clock tower once stood. 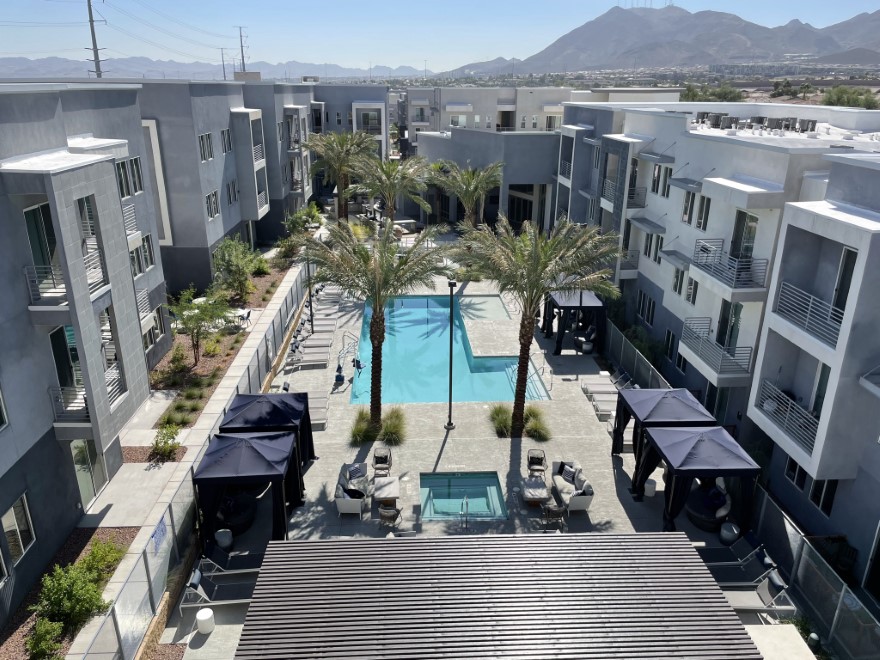 “There’s a certain panache to a high rise,” he says. “They’re exciting to be a part of because there’s always such great energy from everyone involved.”

He adds that he loves the modern look of high rises and “their beauty in simplicity.” At the same time, he says they typically present a new challenge with each level because of the multiple disciplines and systems that need to be working together and installed in a fast-paced work schedule.

“Only in a high rise can you be working on high-end finishes in a showcase amenity while still constructing the structure many floors above,” he says.

What he appreciates is that Wood Partners takes the time to address each aspect of the building with consideration to how they will impact the resident experience instead of trying to build as quickly as possible.

“At Wood Partners, people don’t have egos,” Sise says. “There’s no cutting corners and no undercutting just for the sake of building things. It’s all about putting out a high-quality product.”

Seeing a tangible product at the end of each project is one of the most fulfilling feelings, Sise says.

He started his career as a project engineer at Walsh Construction Co. in Chicago, where he’d interned in college, and over 16 years worked his way up to project manager. He built multi-family buildings, senior living facilities and mixed-use properties, and began working on high rises in 2001, taking the lead himself for the first time in  2006. 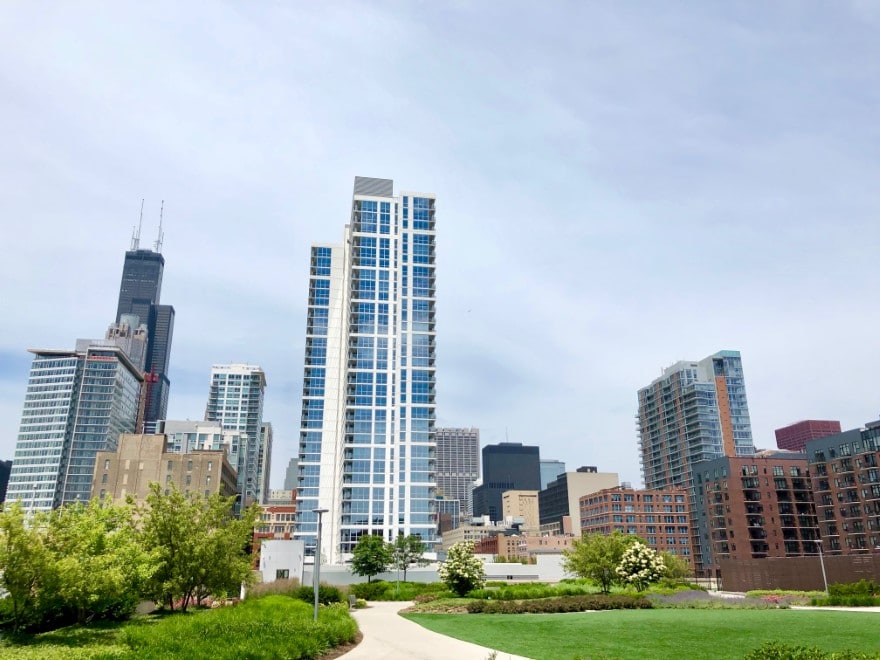 From there, he joined Noresco, an energy service company, as a construction manager. While he enjoyed working on large facilities and learning how to reduce energy costs and carbon footprints, he missed building high rises. Two and a half years later, he landed at Wood Partners.

Sise started as a construction manager and was promoted to his current position in January. He says he’s grateful to have found a place where he can do what he’s passionate about while also building meaningful projects.

“We’re building people’s homes,” he says. “That’s not lost on me. It’s important to build something where people want to be with their family or enjoy their retirement.” 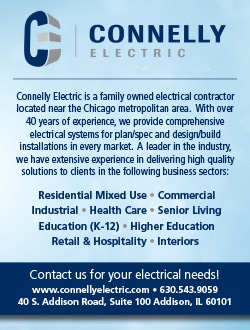 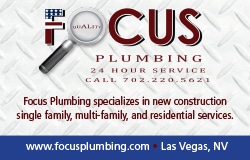 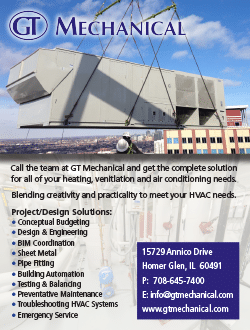 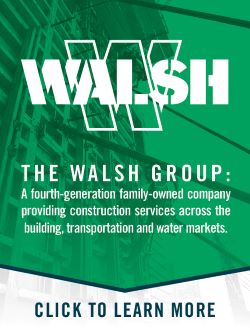