For a lesson in neighborliness 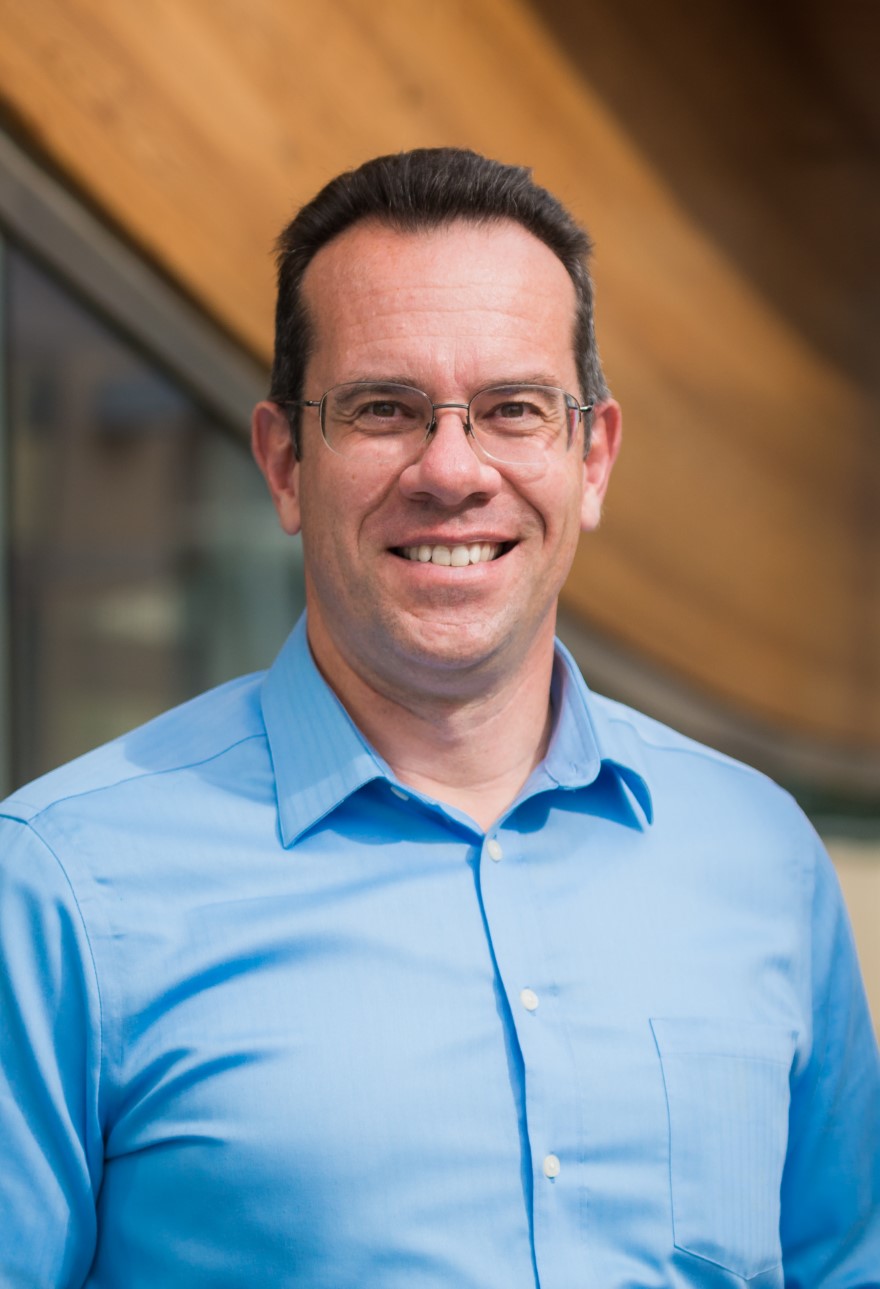 To live is to learn, to learn is to live. What a desirable place to do both, the University of California San Diego, where environments are being reshaped for like-minded students, faculty and staff.

It’s here where the undergraduate division is organized into seven residential colleges, each headed by its own provost and with its own unique degree requirements and staff. Thus, a community feel isn’t lost even as the student body nears 40,000.

The Sixth College—renowned for its focus on “historical and philosophical connections among culture, art and technology”—is at the forefront of this community spirit, with the first of what the university calls its Living and Learning Neighborhoods.

The North Torrey Pines Living and Learning Neighborhood, this one is called, and it’s nearing completion, albeit a few months later for a portion of the project, which includes the academic buildings and a 144-bed housing and dining building, with construction operations everywhere having been affected by COVID-19.

“Our multiple college system is similar to what you’ll find at Oxford or at some other select U.S. universities,” says Patrick Hochstein, a former Naval officer who, since 2014, has been director of facilities and building services for housing, dining and hospitality. “A blend of living, working and studying in the same community.”

Neighborhood in the mix

There could be more of these mixed-use neighborhoods on the UC San Diego campus. While the North Torrey Pines neighborhood won’t be a template per se—each college setting is intended to be unique—the approach shows how community attributes can be blended into one setting. 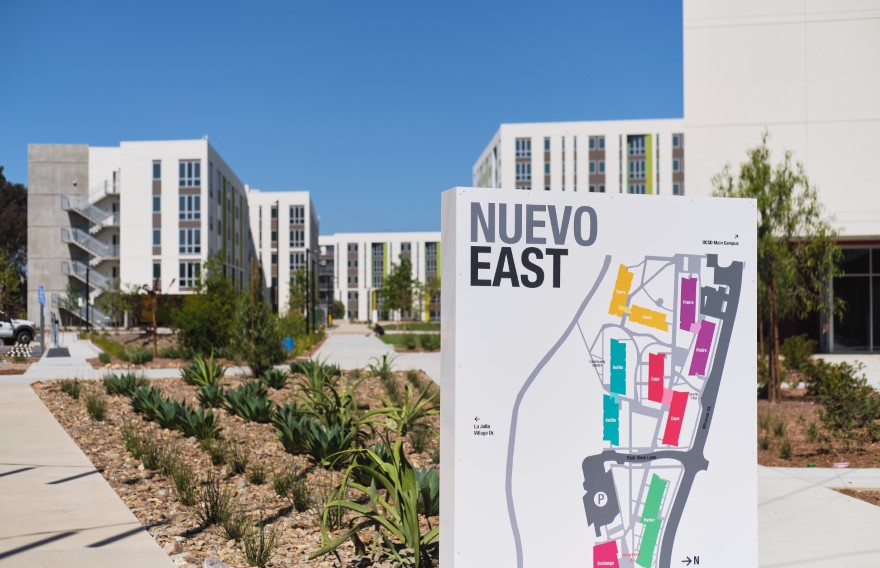 Two new academic buildings, one each for the divisions of Social Sciences and Arts and Humanities, now await opening on the neighborhood’s 10 acres. There will be space for 2,000 undergraduate beds, 1,200 underground parking spaces, and a market, dining hall, retail space and craft center.

Branded as the Public Engagement Building, the Social Sciences space will be anchored by the Department of Education Studies; CREATE—Center for Research on Educational Equity, Assessment and Teaching Excellence; and the Urban Studies and Planning Program, which will allow a new major for real estate and property development.

For Arts and Humanities, the departments of history, literature and philosophy will be in the same facility. Each building, as well as landscape design, will further the university’s sustainability commitment, the former with LEED features and the latter with drought-resistant flora.

North Torrey Pines Living and Learning Neighborhood is primarily for undergrads but UC San Diego is also where graduate students hone their skills. The university can now boast about having one of the largest graduate housing spaces in a U.S. university—almost 6,200 beds—with the opening of projects called Nuevo West and Nuevo East, each bringing about 1,000 students to campus. 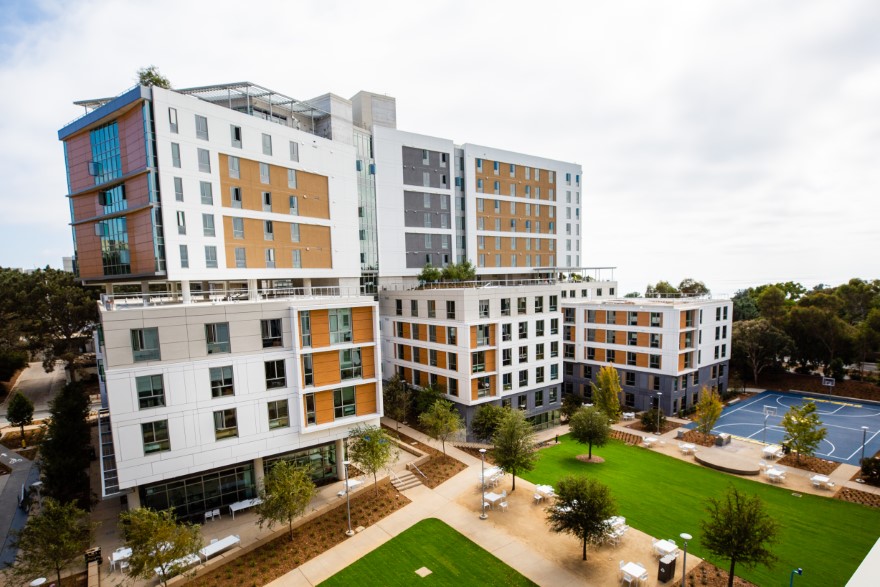 With numerous graduate students having deferred enrollment due to the pandemic, UC San Diego initially leased Nuevo East space to San Diego County, should it have needed to contain a COVID-19 outbreak. The region’s hospitals capably serving that need, the space has instead been used as an isolation and quarantine unit.

While conceding that students will be students, Hochstein credits those on this campus with prudent behavior that has helped to stem the spread of COVID-19.

“Through the Return to Learn program, the university is doing everything possible to be proactive and catch cases early,” he says. 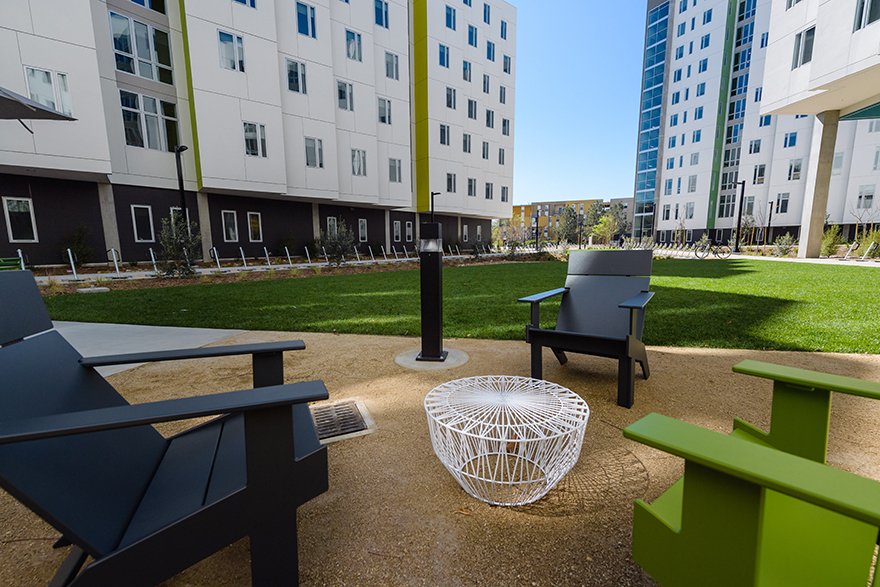 Normalcy will return, he believes, and when that happens, there’ll be plenty on his to-do list. To a large extent, Hochstein’s responsibilities will always include changing scenarios—a challenge he faced as a Navy civil engineer corps officer and, prior to UC San Diego, as a project manager at Naval Medical Center San Diego.

“The biggest adjustment I ever did was post-September 11,” says Hochstein, who supervised facilities and public works at U.S. Navy Support Facility Diego Garcia in the Indian Ocean. “It wasn’t business as usual anymore, but adapting and making sure that people adapted with you and giving them the tools to do what was needed.”

Nowadays the stakes seem just as high, Hochstein goes on to say.

But he’s got the temperament as well as the background, being a 1989 Florida Institute of Technology graduate with a BS in environmental engineering. He earned a master’s in the subject 11 years later from University of Illinois at Urbana-Champaign during his Naval service.

A worldly streak aids the cause, Hochstein having been raised overseas by an Army father and a French-born mother. His college days marked the first time he lived in the U.S., but the Navy soon took him a long way away.

“Trying to get to San Diego took me all around the world,” he says. “But it was worth it.” 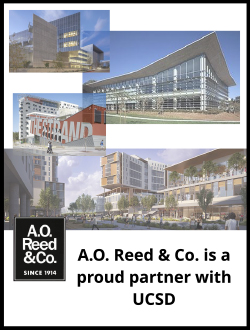