Patricia Scott is driven to succeed

There’s something about that “new car smell” which reminds Patricia Scott of the fun she had during her summer job in high school, where she washed cars at H&R Pontiac Buick, a car dealership run by her neighbors in Alberta, Canada.

Back then, she often wore coveralls to work. Her colleagues called her “Sam,” since she and the only other woman at the dealership were both named Pat. Unbeknownst to her, this experience—of waxing cars, working the auto parts counter and pumping gas—would lay the foundation for a career that would take her across Canada and the United States. 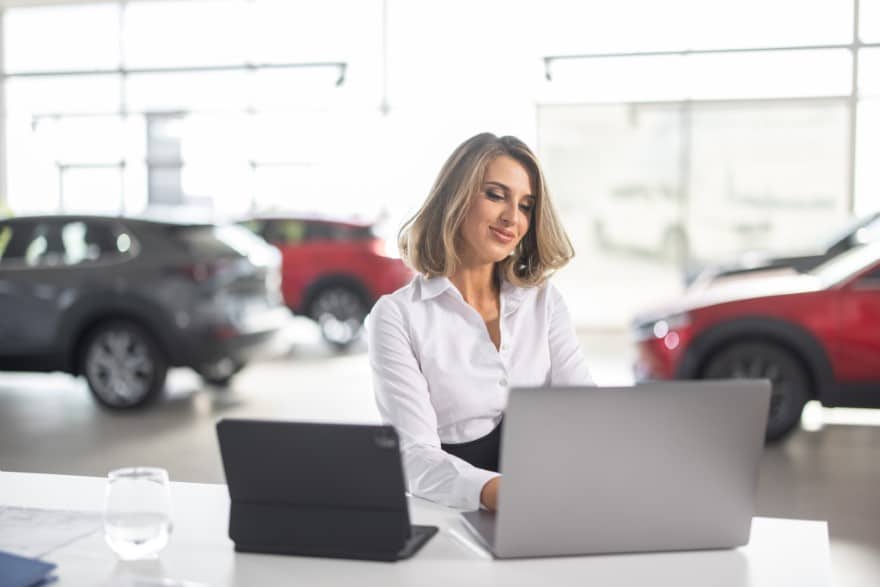 “Sam” soon grew up, leaving the family farm and earning a degree in food science in 1991 from the University of Alberta Agriculture Department. Following a job at an egg processing facility in Canada, where she tested for salmonella, and another job with a U.S. convention decorating company, she uncovered her passion—architecture. She earned a master’s from the University of Colorado Denver in 2005.

Returning to Edmonton, Alberta, Canada in 2010, she took a position with Kasian Architecture, Interior Design & Planning. This set the stage, she says, for her future job as a senior project manager in 2017 at AutoCanada, a dealership group operating 50 franchises throughout Canada and 14 in Illinois.

“The whole experience of working in an automotive design capacity was serendipitous—a natural segue from my earlier experiences,” Scott says. “I understood the dynamics of how things worked, which gave me insight into asking the right questions when it comes to planning a building. I was right at home with the process.”

This fall, Scott’s team is celebrating the completion of a project that was years in the making: a 23,000-square-foot Volkswagen dealership in Chilliwack, British Columbia.

It’s the first facility in Canada built under Volkswagen’s White Frame Program, and it has the new VW logo, an updated and backlit welcome wall; changes in lighting, ceiling and floor finishes; and an LED-lit light frames that change color around the feature car and in the customer lounge. As the name of the program suggests, the structure is framed in white and has glassed-in walls.

While initial plans were drawn up in 2015, the project required considerable permitting to comply with a newly adopted building code. Begun in earnest in June 2020, the project’s construction phase was further affected by COVID-19 and related supply chain issues and health protocols. 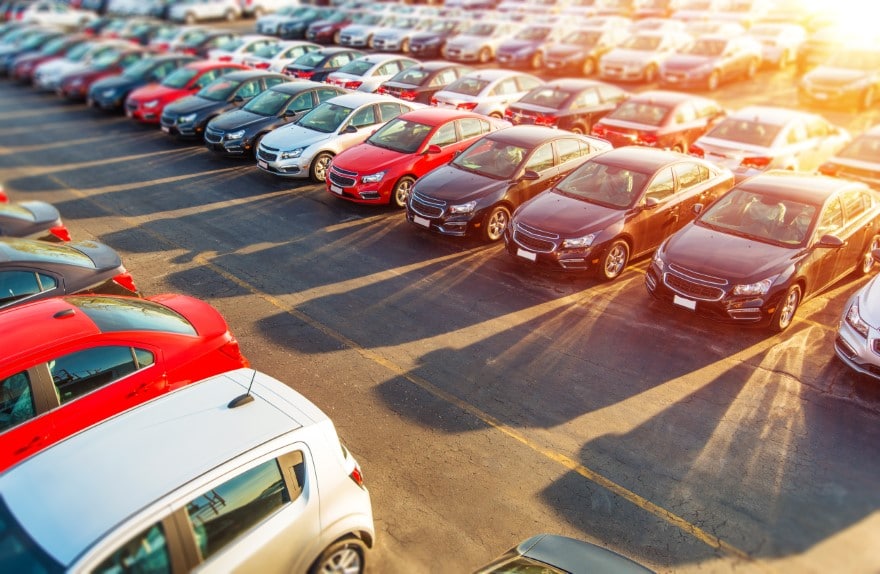 “In the end, perseverance paid off,” Scott says. “This dealership is an example of teamwork and resourcefulness.”

Why was the initial scheduling delayed? As Scott explains, facility spans two lots that shared a property line (one of the factors that contributed to the costlier-than-usual permitting process). On one side was the original operating dealership; on the other, a vacant parcel. The idea was to build the new facility on the vacant lot, then move operations into a new space rather than remodeling the original site.

With the new building completed, the former site will be demolished and turned into additional parking.

“It was a situation that needed to be handled with a lot of sensitivity,” Scott says. “But we were focused. Whether a project is small or large, my goal is to complete it on time.”

When it comes to launching or renovating dealerships, AutoCanada has more to consider than creating a sparkling showroom. According to Scott, the company must strike a balance between growing the AutoCanada brand and heeding the requirements of the manufacturer on the other.

“A dealership is a retail environment, but you also have to implement manufacturer’s requirements—like paint colors, furniture, lighting and siding, which can be very stringent,” Scott explains. “I play a role in how to balance those aspects.” 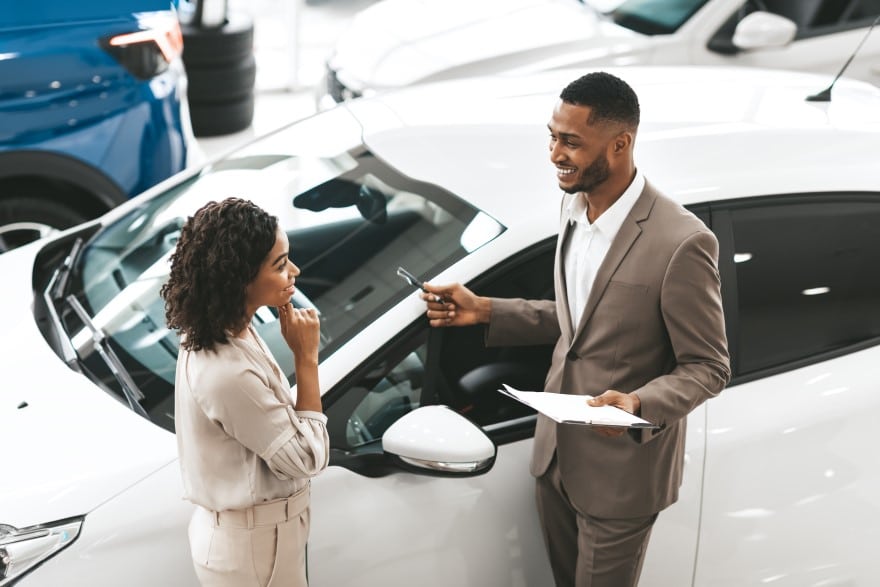 “I work with manufacturers on what the early package will look like, then later keep the dealership staff focused on selling and servicing cars while everything is going on,” she explains. “It can be very intense. If you don’t know what to ask, things can definitely go wrong.”

The dealership owner and operator is responsible for getting site approvals and permits, and then connecting with contractors who carry out the construction. The owner must also receive both interim and final reviews from the manufacturer’s team on how closely the original plans are followed, though they get leeway in some areas, such as the layout of a parts department.

Her workplace triumphs in Canada stem from gaining more than a decade of education and design experiences in the U.S. In 2005, with her master’s degree in hand, Scott began working on designs and showrooms for car dealerships in Virginia while working at Bignall Watkins Hasser Architects in Tysons Corner.

It was while working in-house later with Kasian in 2010 as an intermediate project manager that she gained experience doing commercial and automotive projects for seven years. Then, a couple of colleagues encouraged her to come work for AutoCanada in 2017 as a senior project manager. After four years, and with several projects under her belt, she was promoted to her current position in April 2021.

“Working at the convention decorating company in Florida and handling lots of customer service work helped a lot,” Scott says. 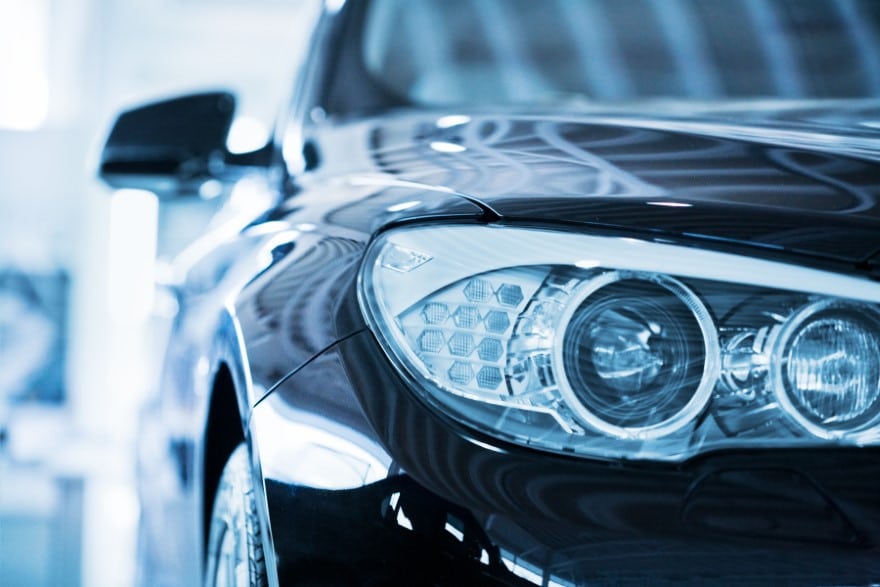 As business comes back to life in Canada in the wake of COVID-19, she’s looking forward to building a new Cadillac dealership in Winnipeg, Manitoba, in 2022, as well as a couple of building renovation projects for Nissan across Canada.

But for all the exciting (and challenging) projects, it’s helping bring them to completion—working closely with her colleagues and seeing firsthand how the space is being created (and how it might affect future customers)—that gives her the biggest thrill.

“Whatever comes next, transforming a new space never gets old,” Scott says. “I work with some amazing people that makes it very rewarding. You don’t often get this type of hand’s-on opportunity as an architect.” 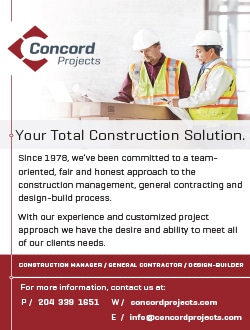 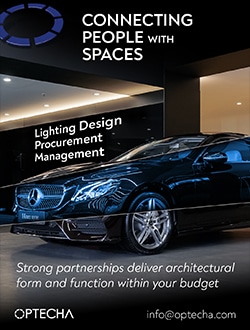