Necessities and goodwill in store

The flood waters having long since receded, life was pretty much back to normal on the Texas Gulf Coast by mid-autumn. The Astros had even given the good folks of Houston a morale boost, finally winning it all, and among those cheering them on every night of that memorable World Series was Norbert Mueller.

But come morning, he would have another concern on his hands, one that would stretch well into the Christmas season.

For Mueller is one of the project managers of the Texas and Louisiana branches of the Kroger Co. grocery chain, and two of the Greater Houston area stores had been closed since Hurricane Harvey decimated the Gulf Coast from mid to late August, and were targeted to reopen on Dec. 6 and Dec. 13, respectively. 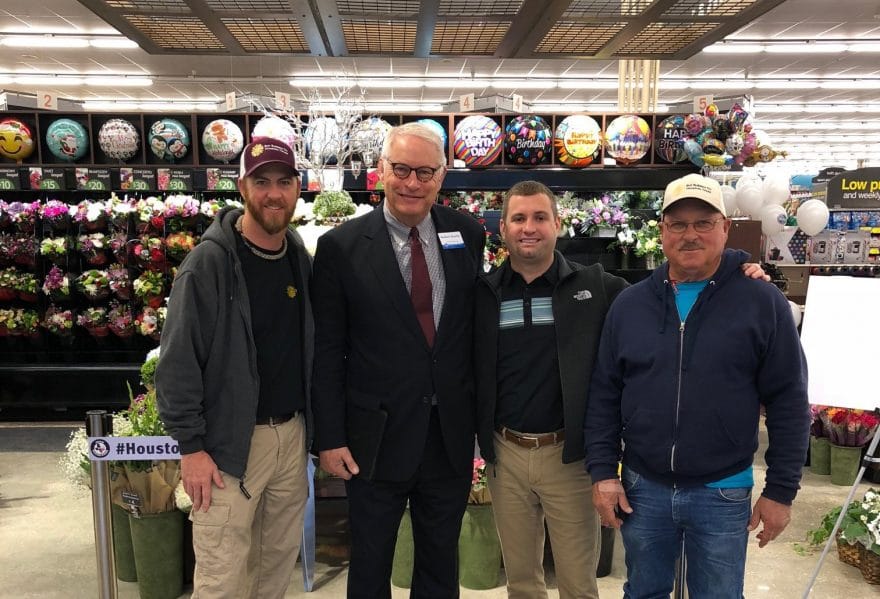 Mueller would have his work cut out for him while managing the crews entrusted with getting the stores ready for the busiest time of year, a major supermarket being a much more sophisticated operation than when he first plied his expertise to such construction and maintenance back in the late 1970s.

“Although neither building was structurally damaged, each had 22 inches of water,” the congenial Mueller told Blueprint in early November. “That’s really not that high, but the electric services were wiped out. We had to take out the refrigeration case and walk-in coolers and freezers, and re-insulate a good 6 feet off the floor. It’s like we’re doing a new store inside of a shell.”

And it wasn’t like the kind of work he was doing when he joined Kroger in 1978, following his graduation from Ferris State University with credentials in business administration and building construction technology.

Much more in store

“That first store I helped build was 30,000 square-feet. The last one was over four times that big,” says Mueller, who initially spent over a decade with Kroger before moving to other chains and then coming back in 2008.

“At the beginning of my career, you set up the checkout counter, placed a cash register atop it and plugged it into an outlet. Now you’ve got to have three data connections, clean power for the computer and dirty power for the belt. If just the sales equipment is that complicated, you can imagine what the rest of the operation is like.” 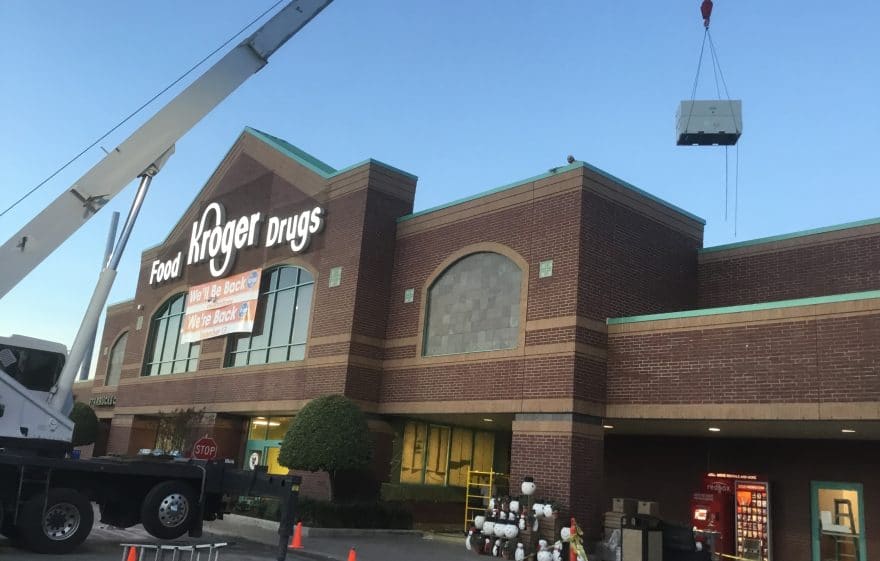 Clerks, rather than software, kept tabs on what products were selling best. E-commerce and big-box stores didn’t threaten the very viability of traditional grocers. And while Mueller, through his own reading and innate ability to figure out how things work, could keep pace or even stay a step ahead of industry changes back then, nowadays training sessions and high-tech know-how are musts.

But for a man who has never lost his boyhood fascination with building practically anything, the evolving supermarket only brings more excitement to the job. Best of all, Mueller’s doing exactly what he’s always wanted to do.

Built from the start

The Michigan-born son of a Lutheran minister, Mueller traces some of his interest in building to a Bavarian grandfather who was a skilled cabinet maker. A precocious boy, Mueller would scavenge for scrap wood, fashioning crude toys and furniture, and even asking his parents for a circular saw for his seventh or eighth birthday.

Perhaps prudently, that request was denied, but Mueller kept on hammering, sawing and nailing things together with whatever tools he found in the garage or cellar. By the time he got to college, he already had an advanced working knowledge of carpentry and masonry, and enhanced those areas with his business studies.

And it involved building Kroger’s first prototype store, billed as the Power Alley, and rising through the ranks to senior facility engineer.

Accomplished at a relatively young age, Mueller left Kroger for a one-year gig as construction manager of the Great Atlantic & Pacific Tea Co., the grocer better known as A&P. Then it was onto to Albertson’s for a 16-year stretch, in which he’d rise to construction director and be moved to Boise, Idaho, where he got out of retail projects for other tasks, including the building of a 140,000-square-foot freezer the size of a Wal-Mart and twice as tall.

“I had never done anything like that before, but we finished it early on request,” he says with justifiable pride.

Upon leaving Albertson’s in 2006, he became executive construction coordinator at the Northern California headquarters of Whole Foods, assembling and managing a team of five, responsible for 20 new supermarkets a year. In early 2008, Mueller returned to Kroger, where he’s happy supervising projects in the Southwest.

It takes about three years to go from blueprints to grand opening, Mueller says, explaining that 180 days is typically allotted for actual construction, while stocking a new Kroger may take another two months. He describes the Houston area as mature as far as Kroger stores go, but says there’ll always be a need to remodel. 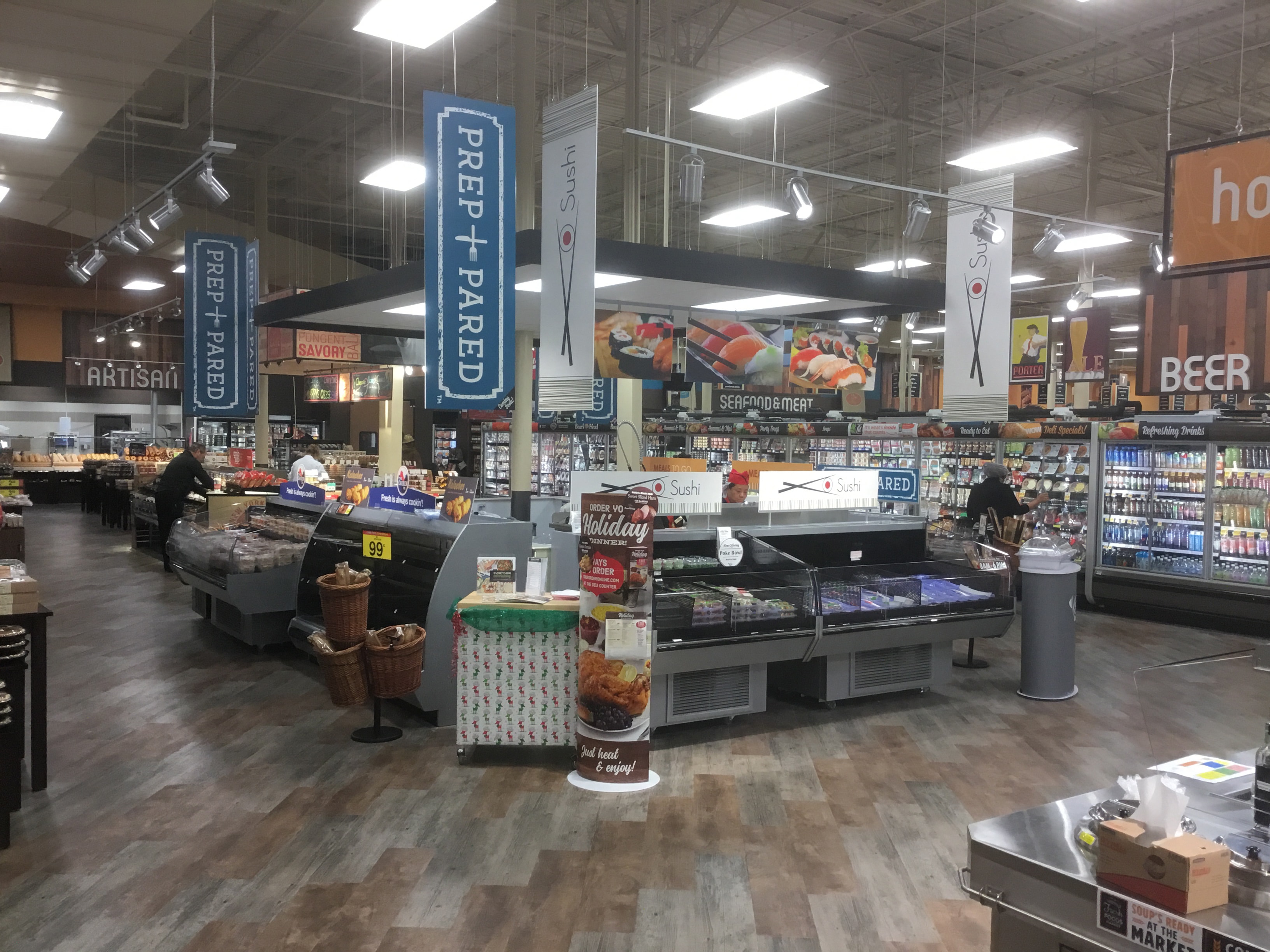 It’s not just the actual work he finds fulfilling; Mueller shares the spirituality of his minister father, and proudly describes how he’s part of two organizations that reached out to the many people displaced by the triple whammy of Hurricanes Harvey, Irma and Maria.

Kroger has donated $3.5 million in relief efforts for Texas, Florida and Puerto Rico and served over 12,000 people through its food bank. The Mueller family, which includes wife Carol, a second-grade teacher, and two children adopted from China—13-year-old Madeline and 10-year-old Michael—attend the Trinity Lutheran Church of Klein, which also has risen to the cause, serving meals and providing shelter to senior citizens.

That church has served over 13,000 people through its food bank. On the day when Mueller spoke to Blueprint, Al Roker, of NBC’s “Today,” was in the church parking lot, interviewing those doing the serving and those being served, and trying not to draw too many onlookers.

And Mueller, well he may be in construction management, but he’ll still get his hands dirty, especially for a good cause. He and some kindred souls have helped repair storm-damaged houses. Of course, that being the kind of work he’s always wanted to do, he may be the one giving thanks.

“I’ll always like seeing the result of my hands at work,” he says. 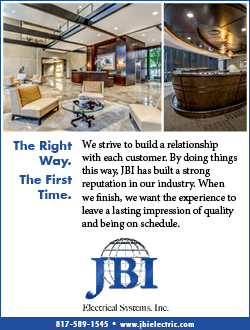 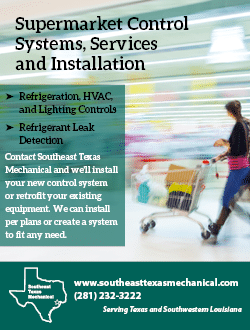 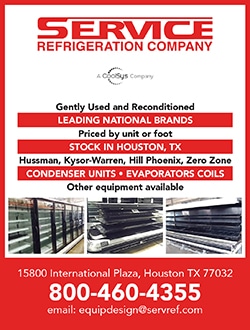