For some, satisfaction in the world of Porsche comes from feeling the car’s raw power and hearing the engine roar on an open road.

To Nicholas Berndt, however, satisfaction stems from something a bit different: constructing the state-of-the-art LEED Certified dealerships that house these feats of German engineering. 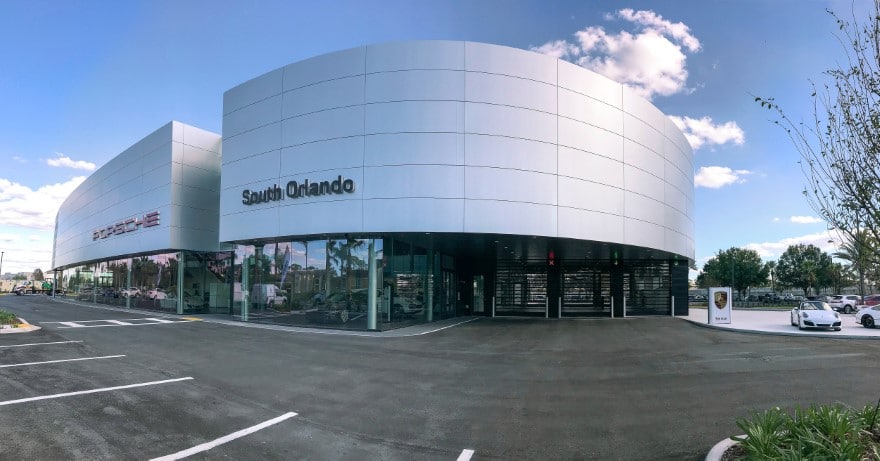 Having completed projects for nearly every U.S. auto manufacturer at this point, there is a steady amount of work in the pipeline for Berndt.

As the director of facility design and construction for Porsche of South Orlando, Berndt got his chance to build a landmark facility. Taking an open, dusty lot off of Interstate 4, he helped construct one of the largest Porsche facilities in the country from scratch, completing it in 2018.

“The greatest experience was to take an initial sketch and be involved in everything—from the design and permitting to the development and construction—and see the details come to fruition,” Berndt says. “It’s not often a project from an elite manufacturer like Porsche comes along, where one is able to spearhead both the design and construction and be involved from a concept sketch to building handover.”

To get the project, Berndt competed by presenting a schematic plan to Porsche Cars North America, which was looking to put a dealership in the lucrative South Orlando market. Taking Porsche’s concept plan, he tweaked it to meet the unique characteristics of the site.

The 3.5-acre lot was not without its challenges, however. The somewhat small and “L” shaped 3.5-acre site meant building a traditional-looking dealership wasn’t an option.

“The size and shape of the property dictated a lot of the design, with all that we were trying to fit into the space,” he says.

And oh, what a finished product. 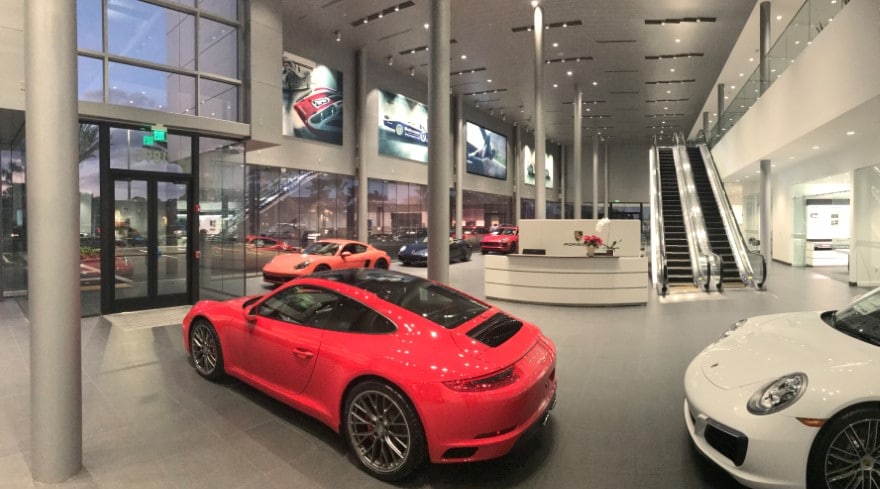 Walls of glass, shiny metal, escalators, bright lights and the latest technology: This is a where Porsche’s sophisticated stable of Carreras, Boxsters, Macans and Cayennes is housed.

When the company held its grand opening last year, the facility was practically transformed into the hottest nightclub in the area, Berndt jokes.

“Catering was all over the place, music was everywhere. There were extravagant cocktails, red carpet treatment and valet parking for the VIPs. It was by invitation only,” he says.

Indeed, the place dressed up nicely as well.

To enhance the visibility of the dealership, Berndt incorporated a strong vertical design element, making the 280,000-square-foot structure six stories tall. With showrooms totaling 40,000 square feet, escalators transport people to the second-floor showroom where more than 40 cars are on display in a climate-controlled environment.

From that perch an expansive glass wall allows customers to look down upon 13 cars in a ground level showroom and into a high-tech service area. In addition, the space features a cafe, multiple lounge spaces, a large media wall and a Porsche Heritage Wall.

The facility also sports a large two-story event space with raised ceilings, floor-to-ceiling glass doors and an outside balcony to host special events.

Attached to the primary building is a six-story parking deck that holds more than 320 vehicles of high-end precision inventory, gleaming and polished.

“We wanted it to be a destination facility where people would rather drive to us than go anywhere else,” he says.

Transparency throughout the design means customers can access ground-level and elevated internal views of one of the most advanced service departments in the world, complete with 24 individual service bays.

As Berndt explains, the facility includes two bays for alignments; three for quick service (oil changes, tire rotations and the like); and two for Porsche Mission E service bays, Porsche’s all-electric sports car initiative. In addition, it has a three-lane service drive that features a quick check tire-tread and alignment machine for vehicle diagnostics.

Responsible construction isn’t the only environmentally-friendly aspect of the dealership. Electric vehicle chargers are available for customers—another element that distinguishes it from the competition.

“It’s important that we look to future needs when building a facility of this magnitude. As such we incorporated numerous electric vehicle (EV) chargers for both customers and facility use. In addition, a substantial amount of infrastructure is in place for more advanced EV chargers that are yet to be released,” he says.

The degree of detail for the Porsche project was simultaneously intense and rewarding for Berndt, playing to his strong suit.

That’s hardly a surprise, given his deep-seated knack for detail.

Back in high school when Berndt took his first drafting class, he caught the attention of a local engineer who recommended him for future work in this vein. From there Berndt ran his own construction company, building high end-residential projects, which is likely where he developed his knack for attention to detail. A licensed general contractor in numerous states, he ultimately earned his bachelor’s in construction management from Everglades University.

“I think I was successful with all of my actual hands-on experience in construction and having a good understanding of what contractors need,” he explains. “I can be specific to help coordinate the projects, maintaining accountability for costs and scheduling. Thankfully our contractor, EnviroStruct, had a great team of project managers and superintendents. We communicated well and took a team approach to this project which was critical to bringing it to fruition”

Berndt’s first crack at managing high-end facility construction for a destination type facility came from building a Mercedes Benz dealership on Highway 41 in Bonita Springs in 2015. While the project was already designed, he brought it to the finish line and prepared it for a ribbon cutting in 2016. 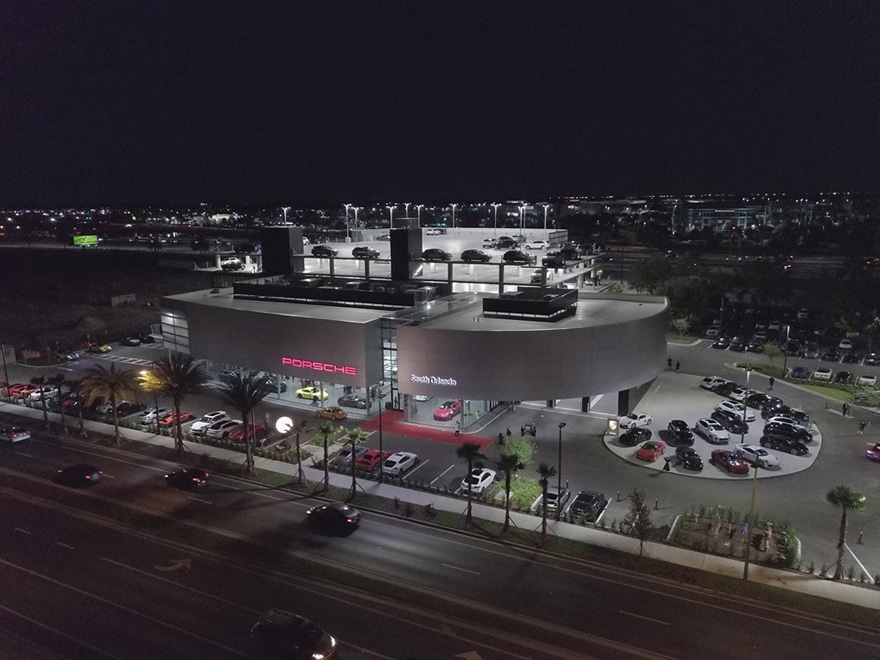 “It was my first experience in post-tensioning construction (a technique for reinforcing concrete). I gained a lot of knowledge and experience that would later help the Porsche project,” Berndt says.

Calling it intense would be an understatement.

“We worked on the details for days, but it is so rewarding to see how it came together; its precision flows really well,” he says. 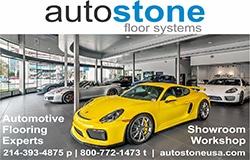 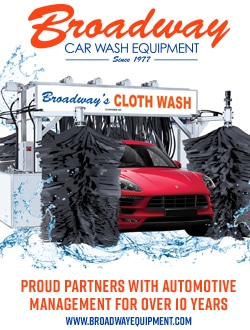 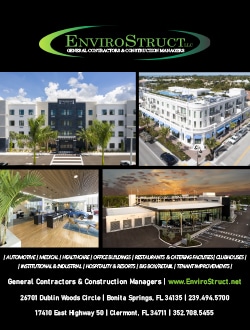 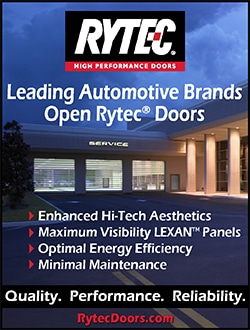