How do you renovate one of America’s busiest and most beautiful places? You get some friends to help, of course.

Since 2012, the two firms have collaborated on a host of changes at the state park, including improved paths, trails and major scenic overlooks, as well as plaza area reconstruction, new infrastructure, parking lot reconstruction and replacement of the Niagara River rapids lighting system.  The construction work is slated to be finished in late 2017.

Kennelly says working at Niagara State Park has been “a once in a lifetime project,” but one that is beyond the scope of a single firm. Construction has been complicated by the park staying open during renovations, as well as by buried foundations from 150 year-old mills constructed back when the falls were used to generate electricity.

“This is unique, unlike any other project I’ve worked on,” says Kennelly.

In Kennelly’s words, The LA Group “is responsible for everything you see,” which includes all landscape architecture and plantings around vistas and building exteriors. T.Y. Lin handles “the nuts and bolts” of design for constructing parking lots, roadways and utilities.

A perfect example of this teamwork, Kennelly says, is the Cave of the Winds exhibit, which features a 175-foot elevator ride down into Niagara Gorge. T.Y. Lin designed the roads leading to the exhibit area and engineered the powerline and fiber optic network providing electricity and internet to the exhibit’s new theater. The LA Group designed the walkways and plaza areas that visitors can stroll along en route to the elevators that bring them down into the gorge to stand right at the base of the iconic waterfalls, Bridal Veil and American Falls. 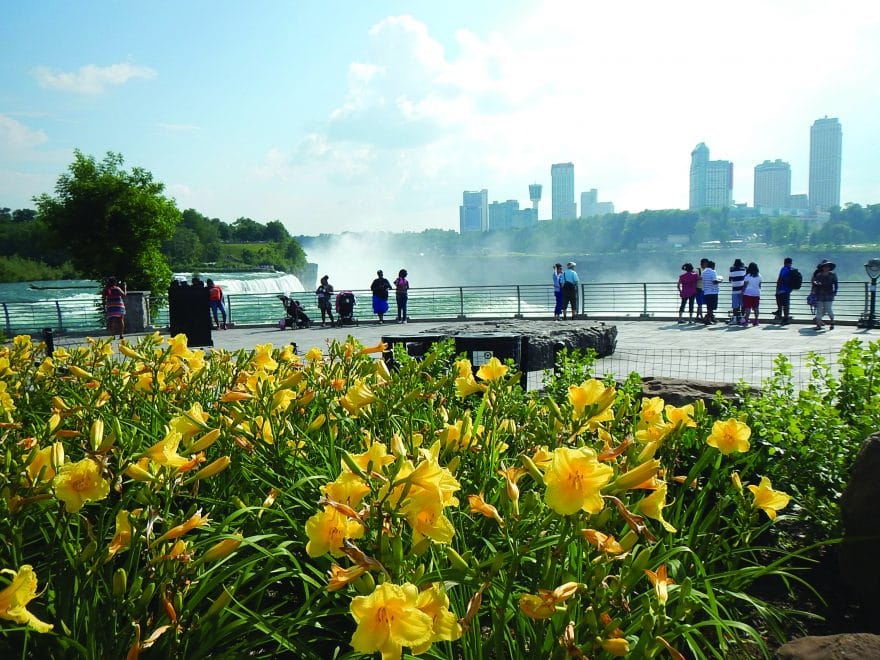 Of course, T.Y. Lin and LA group didn’t just consult with each other on the renovation, Kennelly says. The project was headed up by Frank McCue, Assistant Deputy Commissioner for Parks. McCue works for the NY State Office of Parks Recreation & Historic Preservation and oversees many projects related to natural or historic preservation throughout the state.

Kennelly says it’s very unusual for a state official of McCue’s standing to be so hands-on with a renovation project.

“He’s high level in Albany [New York] yet he drives out to Niagara at least once every two weeks and stays for two or three days each time,” Kennelly says. Every time he goes to the work site, McCue chairs progress meetings with contractors, park managers, designers and project managers from all involved firms—in person.

Collaborating in the field, not just the office

It’s rare for a state commissioner and project managers of large firms to meet so regularly, but Kennelly thinks the meetings let them quickly handle complex problems. In one case, Kennelly recalls meeting with McCue and several contractors along the banks of the Niagara River, where due to poor soil conditions, they were making necessary adjustments to wall reconstruction along the strong rapids leading up to the American Falls.

“It’s bordering on sacred. It took some of the biggest leaders in the world to make this park happen. It could have just been dedicated to industry and hydropower, but instead it’s become one of the greatest natural attractions in the world.”

Foundations of old mill buildings from Niagara’s industrial past were lodged deep in the soil, making it unstable. In order to reconstruct some of the major park features, designers and contractors spent hours excavating and using ground-penetrating radar as well as seismic monitoring equipment to map the foundations so that they could either excavate or build around them.

“We had to work together out in the field to re-design the alignment of  walls and overlook areas,” Kennelly says, explaining that field adjustments to walls, utilities and surface features  had to be made in several areas along the river gorge before reconstruction could continue. 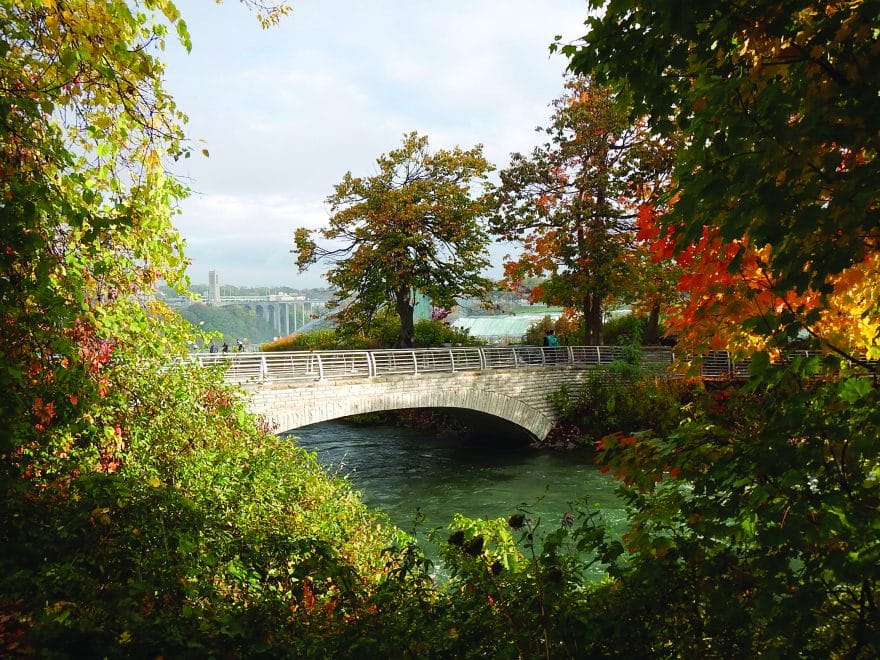 Though leadership on-site has helped with balancing some challenges, Kennelly says his team struggled at times during construction to keep park visitors satisfied.

“They’ve come great distances to see the extraordinary Niagara Falls and river vistas, and we have to keep them safe, keep them out of construction areas,” he says.

In one case, several tourists who didn’t speak English accidentally tried to enter a restricted access area because they couldn’t read the warning signs. “Normally, on the job site, you can just put your head down and go to work,” says Kennelly. At the park, work crews need to be constantly reminded of where they are and to “keep the construction fence gates closed and don’t even swear because there are visitors all around.”

Challenges aside, Kennelly says this project has been one of the pleasures of his life. “I’ve been going there every two weeks for four years now and still, every two weeks, I look forward to going.” What most impresses him is what the falls stand for.

“It’s bordering on sacred. It took some of the biggest leaders in the world to make this park happen. It could have just been dedicated to industry and hydropower, but instead it’s become one of the greatest natural attractions in the world.”