In 1976 Randy Newhard left his home in Allentown, Pennsylvania, on his 1972 Yamaha 360 Enduro and set out to start a new life in California. Upon arriving in the Golden State, Newhard bluffed his way into a position with one of the nation’s largest landscaping companies.

“Told them I knew everything about landscape, but in reality I didn’t know anything,” says Newhard, now CEO of New Way Landscape & Tree Services. Newhard quickly developed his landscaping skills and was promoted to foreman within a year and a half, but the work still wasn’t paying what he thought it should. “I still had side jobs and was tired of working for $5 an hour,” he says. 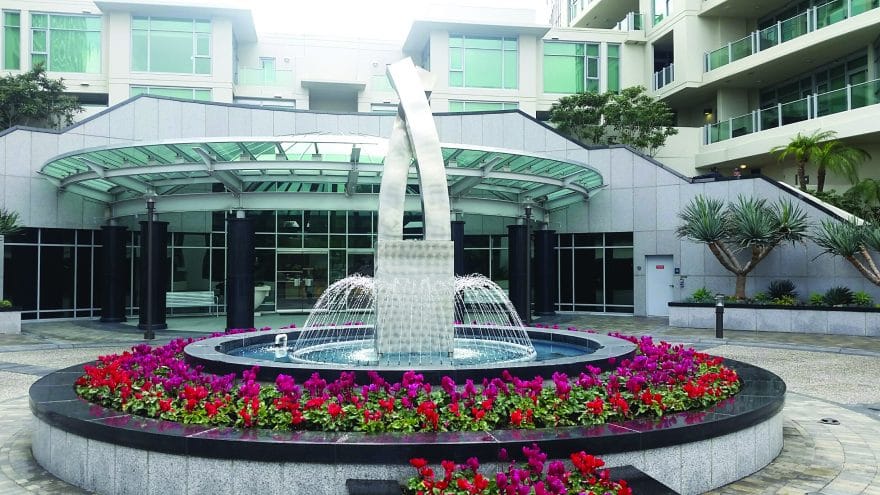 Newhard bounced between different positions with governmental agencies and municipalities in Southern California until 1980, when the city of San Diego attempted to reclassify him as a grounds maintenance worker — a role that would have seen him working weekends and cleaning bathrooms — and Newhard made a break for it. “I had about $1,000 a month from side work, so I started advertising in the local PennySaver; that’s when I started full time.”

Over the last 36 years Newhard has grown New Way from a one-man, one-truck operation into one of Southern California’s most successful landscaping and tree service companies with more than 75 trucks and 250 employees.

On the tree service side of the business, New Way has experienced arborists on staff to help clients select the right annual tree trimming programs for each project, taking myriad factors like landscape function, climate concerns, pest and disease control and ongoing maintenance into consideration.

As a family-owned business, Newhard says it’s a superior level of communication and teamwork that sets New Way apart from the competition. “My daughter Kathryn is really running the company now,” he says. “She’s been with us 19 years, almost right out of high school. She started at the bottom, having more than six positions over the years, and now she’s president and she runs the day to day.”

Newhard currently owns 90 percent of the company while his daughter owns 10 percent. With Kathryn currently in the role of president, Newhard can be confident that the company will remain true to its core values well after his retirement. Helping to ensure the future of New Way is Strazzeri Mancini, a San Diego-based wealth strategy and legal services firm that Newhard has turned to for more than a decade. “They helped reorganize our trusts, set up various pension plans that are asset protected and tax deferred,” he says. “They have also taught me to plan and save for a very comfortable retirement.”

“Their involvement in our succession planning for my daughter has been very instrumental and our staff has enjoyed their business consulting and daylong planning sessions,” adds Newhard. 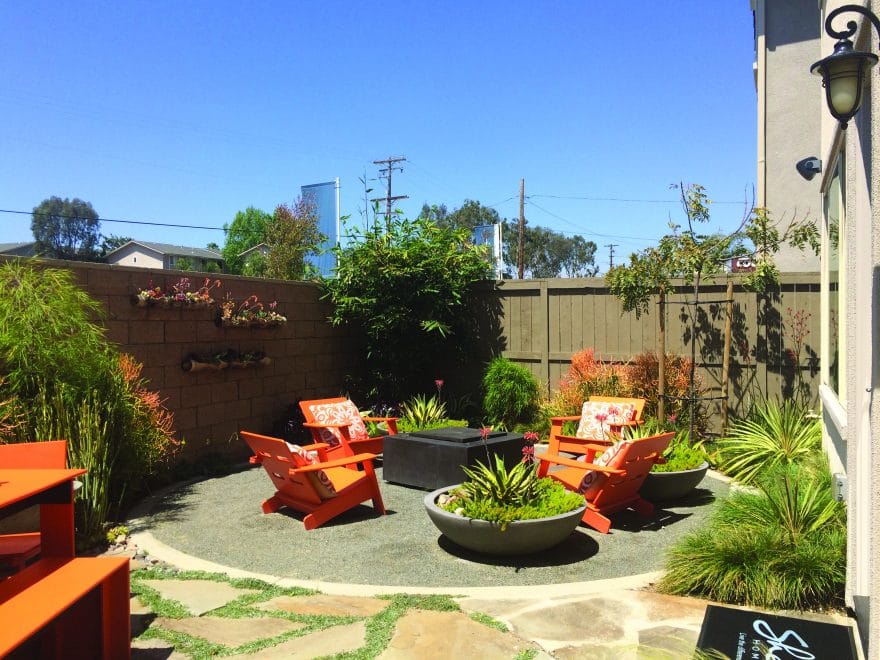 Kathryn is also responsible for developing New Way’s specialized service request system (SRS) that has been copied by a number of New Way’s competitors since it debuted 11 years ago.

“It’s a system where clients can report any concern in their service request and that information is logged, tracked and followed up on in its entirety. We have a full-time customer service person who handles all the requests,” explains Newhard. “It’s really a tool for property managers as well as internal management and control so that concerns are not only noted, but also managed in one central location, eliminating duplicity from the field, account management and ownership level.  We can all look up a customer’s history and see what is going on.”

The customized feature allows managers to free up valuable resources by gathering all service requests in one centralized database that property managers can access through a web portal. In addition, the SRS system can duplicate any property management’s forms so that when updates are submitted, they are on the correct form, saving time in transferring information.

Newhard allows the company’s account managers to run their own financials, creating a performance-based incentive that keeps them motivated. “They can see exactly what their revenues are, what their enhancements are, what their costs are and what they make on the bottom line,” he says. “We try to make that an incentive for them. So everybody runs their own little company, if you will.”

“You always have to keep growing. I don’t worry a lot. My saying is that 86% of what we worry about never comes true and when the other 14% comes up, then we figure out a plan.”

“The guys who run the crews in the field, the more management-type positions — everybody wants those kind of people right now,” says Newhard.

The Village Mission Valley is a 1,400-unit development featuring one-, two- and three-bedroom apartments and townhouses. Owned by The Irvine Company, the development features more than $1 million in landscape construction and installation work, putting New Way in a category that saw it competing with the world’s largest landscape companies to earn recognition from the California Landscape Contractors Association.

The company won first place in both the local and statewide categories for its work on The Village Mission Valley, an accolade that Newhard says cements New Way’s reputation as a leading landscape services company. “It was a great design and just very well done,” he says. “It was judged by our peers and landscape architects and beat out the largest company in the world, which is nice to know.” 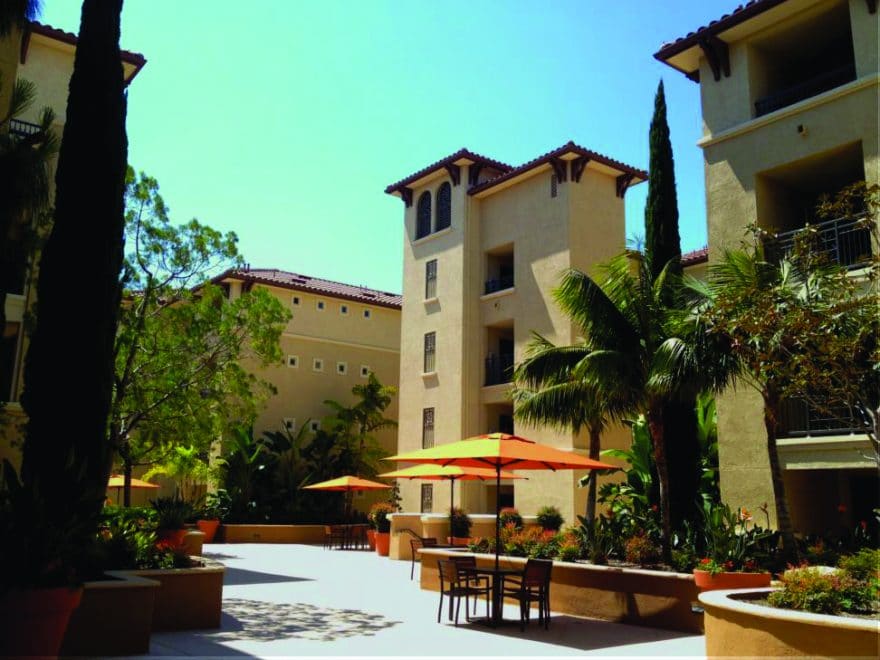 New Way has also recently branched out into offering tree service to clients in Orange County, a lucrative market that could spell further expansion and acquisition for the company. New Way is no stranger to acquisition, having bought out a number of smaller companies over the last few years including the recent purchase of an Orange County outfit that brought 35 new employees to New Way while expanding its regional presence.

California’s record drought has changed the state’s landscaping industry as of late, but Newhard says it has not led to an overall slowdown in business. “It’s created a lot of opportunities for turf reductions,” he says. “There have been a lot of jobs where people were getting rebates from their metropolitan water districts to take out their turf and replace it with low-water-usage landscape features such as mulch and crushed granite,” he says.

Not one to sit around worrying about the state of his empire, Newhard is eyeing further expansion in hopes of making New Way the go-to landscape and tree services contractor for clients across California. “You always have to keep growing,” says Newhard, who isn’t afraid to embrace a little risk here and there. “I don’t worry a lot. My saying is that 86 percent of what we worry about never comes true and when the other 14 percent comes up, then we figure out a plan.”

With commercial, multifamily and residential construction picking up, Newhard sees a positive economic future in Southern California and beyond. “The construction piece is going to grow and so will the maintenance and trees with it,” he says.

Nearly 40 years after setting off toward the California sun on his motorcycle, Newhard has built New Way Landscape & Tree Services into a leading name in the region’s landscape services industry: a reputation that will grow with every new project.