Senior housing for the young at heart

When Chris Hartley was hosting a recent get-together at the site of what will be an age-restricted housing community in north Texas, a young woman sounded ready to flash-forward the calendar a couple of decades.

“She was saying ‘I can’t wait until we’re old enough to live here,’” says Hartley, who was recently promoted to senior vice president of operations for the Dallas-based developer, Nathan Carlisle Homes. Ground has been broken for two medium-sized housing villages aimed at meeting the needs of baby boomers. 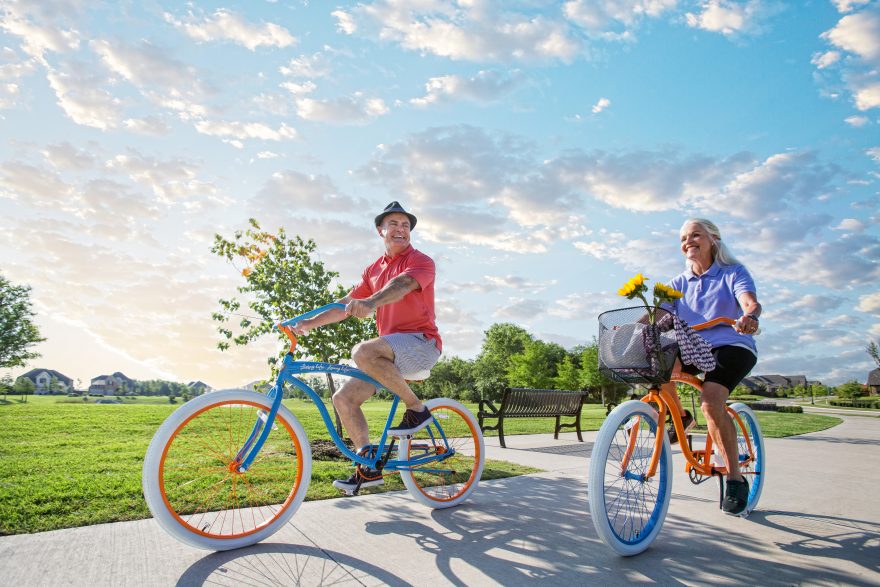 Truth be known, that woman can wait for the years to pass. After all, who looks forward to the downside of middle age?

But as Hartley reminds, it’s reassuring to know that when the years advance, for that woman, there could be a pleasant community of like-minded and active middle-aged folks who will feel very much at home, and where their children and grandchildren can visit.

“I’m 37 so maybe I’m not that far off now,” Hartley muses during an interview with Blueprint in August. “My parents are in their 60s and when I hear them talk about their needs, I feel like I’m designing a community for them. I want the next chapter of their lives to be the best, and I’ll want the same for me when the time comes.”

When that time comes and should they opt to remain in the Dallas-Fort Worth (DFW) area, Hartley and his family could have their choice of two Nathan Carlisle communities: the age-targeted ArrowBrooke and the age-restrictive Lakes at Legacy.

Located in the city of Aubrey, ArrowBrooke is projected to have model housing open for viewing next May and is being marketed to active 50-somethings, though no prospective buyers of any age will be turned away. Though ripe with amenities that will include a catch-and-release fishing pond, biking and walking trails, and recreation center with a resort-style pool, it’ll be the more modest of the two projects, its 200-plus single-family homes ranging from 1,600 to 2,650 square feet on standard 50-foot lots, and are priced from the $200,000s to the mid-$300,000s. 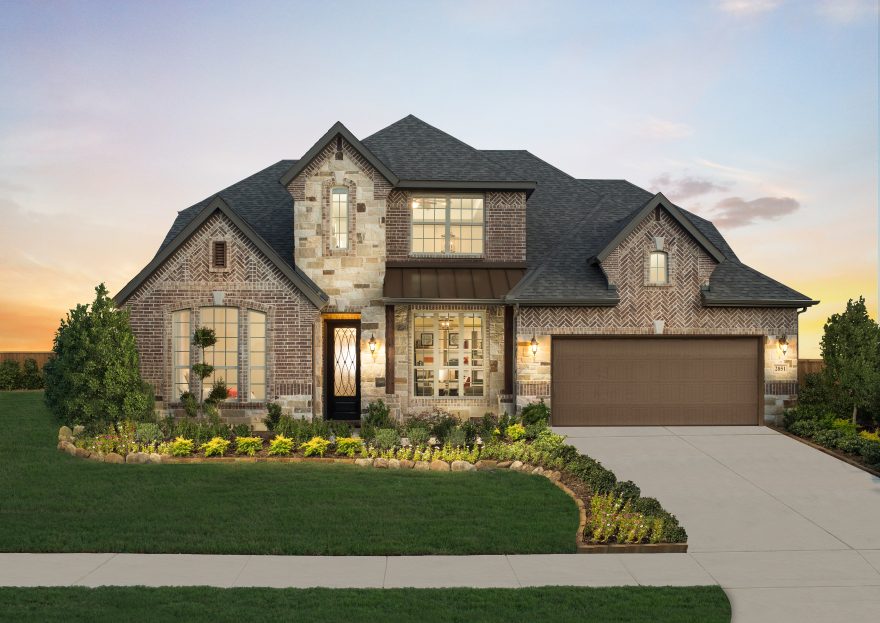 Five miles east of Aubrey is the town of Prosper, site of Lakes at Legacy, where the pre-sale process will soon be underway for households where at least one member is at least 55.

And lest anyone doubt the need for such housing communities, Hartley reminds that they only need to examine the demographics of DFW. This part of the Lone Star State is among the nation’s hottest housing markets—albeit one where some might deem, to paraphrase the title of a Cormac McCarthy novel turned into a Tommy Lee Jones movie—“No country for older men and women.”

But as Hartley and his colleagues at Nathan Carlisle are all too aware, DFW should be.

“Twenty-two percent of the residents of Dallas and Fort Worth qualify for our age groups, yet just 1.4 percent of the recent building permits have been dedicated to this buyer,” he explains with some sense of bewilderment. “That’s a very underserved population and we’re going to meet their needs.”

Even with ArrowBrooke and Lakes at Legacy, Hartley figures the need will grow, a host of reasons making DFW prime territory for corporate locations. Toyota may just be the most conspicuous example, the Japanese automaker having moved thousands of its California and Kentucky employees to Plano, and Chris knows from experience that many of their kinfolk will also be Texas bound. For that reason Nathan Carlisle is looking to expand its geographic footprint inside and outside of Texas within the next two years. 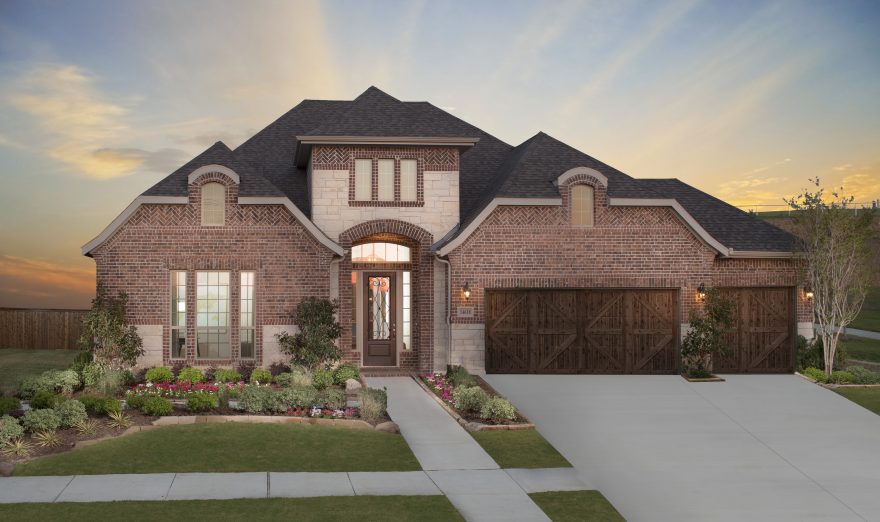 “The employees themselves may be in their 20s, 30s and 40s, but their parents tend to follow them,” he says about the Toyota workforce. “They’ll follow a three- to five-year time frame, letting their grown children and grandkids get settled.”

Given their advanced ages, those parents are likely to want to simplify their lives. A house ready for occupancy in an amenity-rich community of similar-minded folks would seem just what they’re looking for. And with 60 said to be the new 40, ArrowBrooke and Lakes of Legacy promise a vibrant lifestyle as well as desirable dwelling.

The former may even come first in importance.

Oh what a life

“We put lifestyle as the No.1 component, though a close second is the quality of housing,” Hartley says. “That can be the level of the floor plan and other details.”

As far as floor plans are concerned, Nathan Carlisle couldn’t have gone to better sources. Deryl Patterson of Housing Design Matters, a Jacksonville, Florida, architect who’s an acclaimed and influential voice of what’s known as the National Association of Home Builders’ 55+ Housing Industry Council, and BSB Design were their choices. Patterson being of that demographic, her specialties include creative and practical designs, taking into account the present and future needs of older residents. 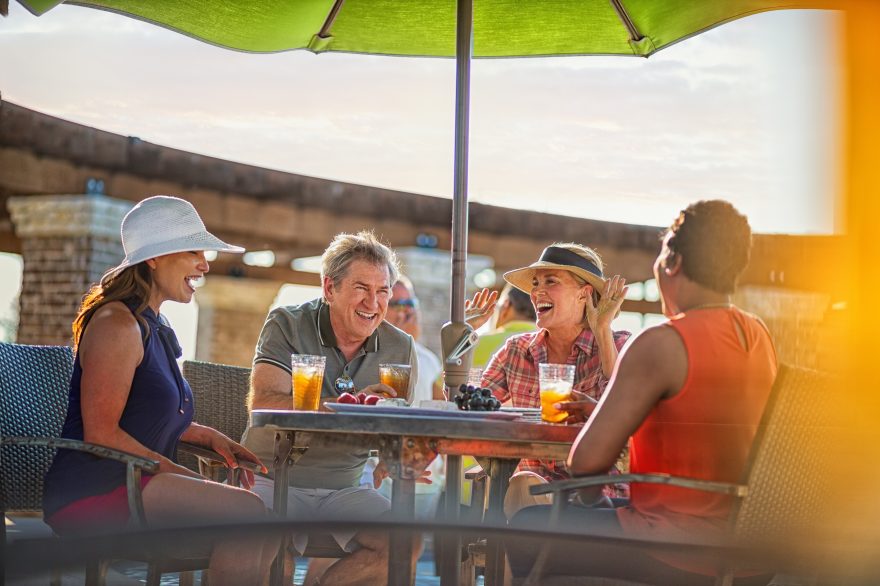 Which isn’t to say that dwellers in the two planned communities will be found in rocking chairs. Among the other perks, Nathan Carlisle has teamed up with Villy Custom, the Dallas-based company whose custom cruiser bicycles so impressed “Shark Tank” back in 2009. Founder Fleetwood Hicks even garnered a new partner in Mark Cuban, the eccentric and oftentimes outrageous owner of the NBA’s Mavericks.

Upon being told that another DFW company, Nathan Carlisle, was duly impressed, Hicks engaged in a partnership with the developer too. The first 25 buyers at ArrowBrooke and Lakes at Legacy—the “first cruisers,” in Hartley’s words—will be awarded a blue bike, the others an orange model, each with a customized license plate for identification.

“Yet another special way of keeping the community active and socially together,” he says.

Noting that 60 percent of active adults have pets, Nathan Carlisle also has partnered with Dog Ranch Rescue that strives to find homes for abused and homeless canines. A good dog can keep its owner young, Hartley reminds. As can the lifestyle offered at ArrowBrooke and Lakes at Legacy.