The steel is all but covered up now, except for a few stairway rails and partially exposed beams. But it’s there, sturdy as your body’s bones, buttressing the brick and wood that give San Antonio’s Cornerstone Christian School its distinctly neoclassical form.

Opened this past fall, the grades 2-12 school looks both lost in time and built to stand its tests. Rest assured, if it does survive the centuries, that steel—and the company that framed and placed it—will be among the reasons why.

“What’s unique about Cornerstone from a project perspective is how diverse the needs were,” says R.B. Morton, president of Moore Erection. “It utilized all of our company’s core strengths.”

According to Morton, Cornerstone required a significant amount of pre-engineering, a process in which a company like Moore plays an out-front role in choosing the steel components and how they will be arranged. Working closely with designers and architects, Morton and his team devised frame clearances and cross sections ahead of time—in short, how the steel beams would be fitted together—prior to securing a bid.

“It might not seem like a delicate process, but the thought and measurement that goes into placing steel is incredibly precise,” Morton says.

Well after Cornerstone’s walls and roof were secured, the company installed steel stairs and handrails throughout the three-story building. In addition, one of the school’s entrances was outfitted with a distinctive canopy that exposed some of the underlying steel.

But while Moore’s knack for pre-engineered and conventional steel gives it a significant advantage in bidding out projects, not every job is so straightforward.

Originally built as a brewery in 1894, the 146-room Hotel Emma sits at the heart of San Antonio’s historic Pearl District. So when developers approached Moore in 2012 to help with what were to be sweeping renovations, the company jumped at the chance—without quite knowing what it was getting into.

“It was different, in that a lot of it was done on the fly,” Morton recalls. “As the project unfolded, the developers had different ideas about how to incorporate unique steel elements.”

There was no blueprint. Instead, developers would approach the team with an idea—say, a bridge across the city’s famed River Walk—and let them figure out how to make it happen. Coupled with the site’s limited space and delivery access, Morton says the Emma put Moore’s versatility to the test. 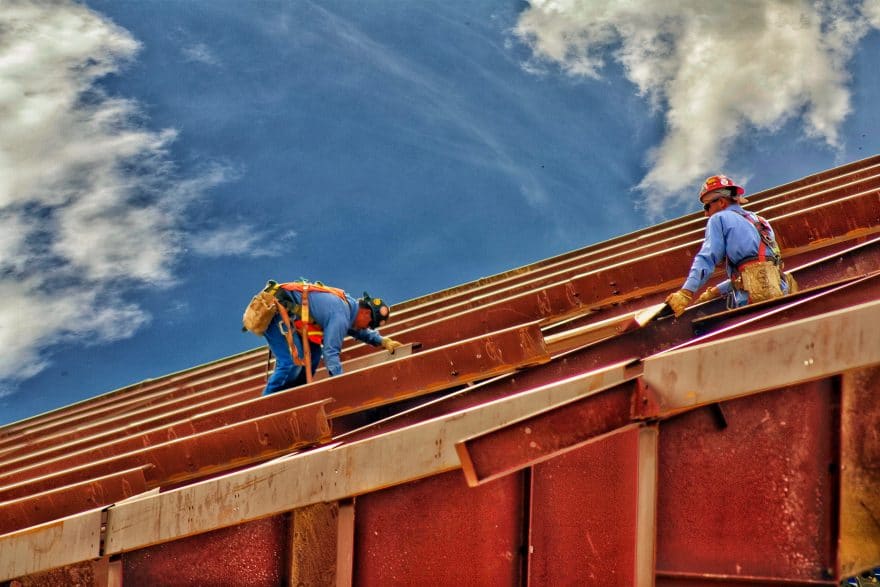 While the firm provided some small-scale framing, most of its work was conducted in the hotel’s interior, including myriad rails, wall tanks and seating areas.

Just beyond the hotel’s entrance, a three-tier steel fountain—fashioned by Moore’s team—harkens to an industrial past, bound by a small chain attached to a rainwater-catching beam made to look like an old-fashioned lift.

Throughout the process, Moore would be asked to adjust its approach, mostly through verbal feedback. In one instance, the team had to make a series of vintage water tanks look “more rough”—after they’d already been ground and welded for display in the hotel’s restaurant.

Despite the unconventional workflow, Morton says there’s a reason the Emma is featured so prominently on Moore’s website.

“When I think of the number of people from all over the world walking through those halls and lobbies, it’s hard not to feel proud,” Morton says. “That’s not just iron or steelwork; that’s artwork our team did out there.”

Whereas most steel erectors tend to focus on a particular approach, Moore specializes in both the grand (like Cornerstone) and the more granular detail work of projects like the Emma.

Truth be told, it’s a luxury the company didn’t always have. Founded in 1980, Moore spent the better part of its first 30 years going wherever the work was—even if it was 10 hours away.

“Some years, the pre-engineered division carried the business, and other times we were focused much more heavily on conventional,” Morton says of the company, which has notched over 500 projects in the nearly four decades since. “There were times when we were darn lucky we could do both.”

As San Antonio’s construction market has blossomed, so too has Moore’s portfolio. Rather than soliciting bids from 10 companies, each with varying specialties, developers have seen immediate value in Moore’s “one-stop shop” approach. To date, that diversity has helped garner the company 15 different regional and national awards.

Moore Erection offers another, equally important factor: an employee stock option plan, in place since 1997, that’s given the  employees a meaningful, tangible stake in the company’s future.

“That’s the beauty of what we do. You can point to hundreds of projects and say, ‘we helped build that,’” Morton says. “And our employees can say the same thing, because they take ownership in everything they do.” 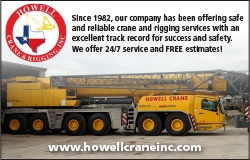