Building her place in housing

Growing up in Houston, Monique Davis could see her neighborhood needed some care and wanted to help fix the buildings in the city she called home.

But how, she remembers thinking, could she even get started? 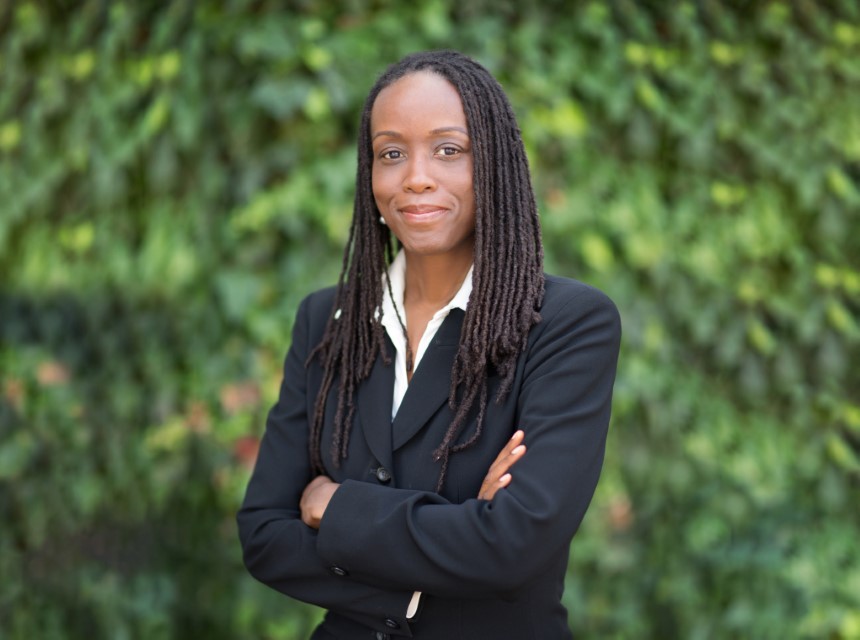 The answer came in a chance meeting when architect Vergel Gay spoke at her school and he and his wife, Cynthia, became mentors as Davis pursued a career in architecture with “a passion for construction and project management.”

She has come a long way since Houston, now the associate director of design and construction for MidPen Housing Corp., headquartered outside San Francisco in Foster City, California. Davis may not be revitalizing the neighborhood where she grew up, but she is at the forefront of providing affordable, stable housing in an area in great need of it. 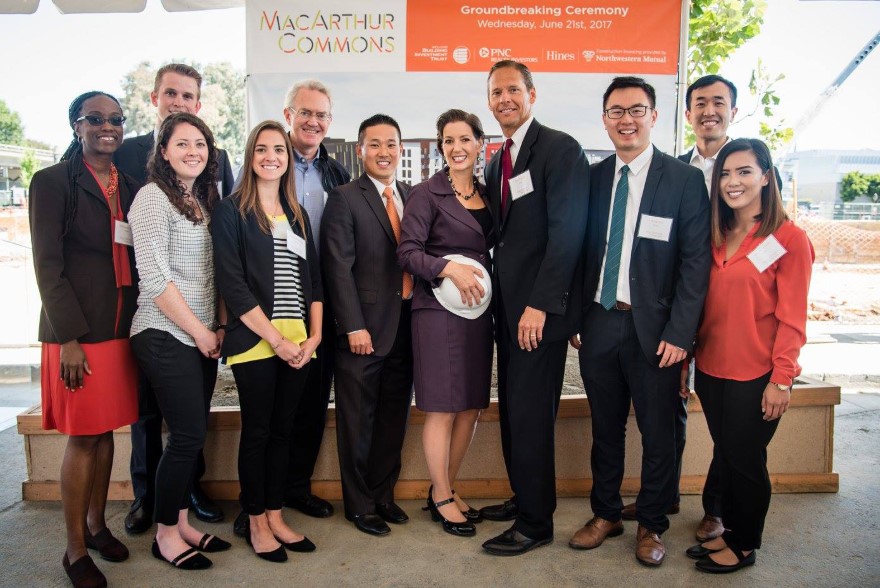 In doing so, she’s also showing that an African American woman should be very much at home creating the housing solutions others need.

“The thing that appeals to me the most is being able to allow other African American women to know there’s a path forward for them,” Davis says. “There’s also a path forward in a career that doesn’t necessarily make them uncomfortable. I’ve done my uncomfortableness—now I’m in a place that makes me feel good.”

It’s been 50 years since a coalition of Silicon Valley entrepreneurs, faculty from Stanford and the University of California-Berkeley, and community leaders joined together to create more affordable housing in the San Francisco Bay Area.

If anything, the need has increased since 1970, but it’s not for lack of trying by MidPen. The nonprofit does not just build—it keeps and maintains its communities, owning and managing more than 115 properties with 7,200 housing units extending from Sonoma County to the north to Santa Cruz County in the south. 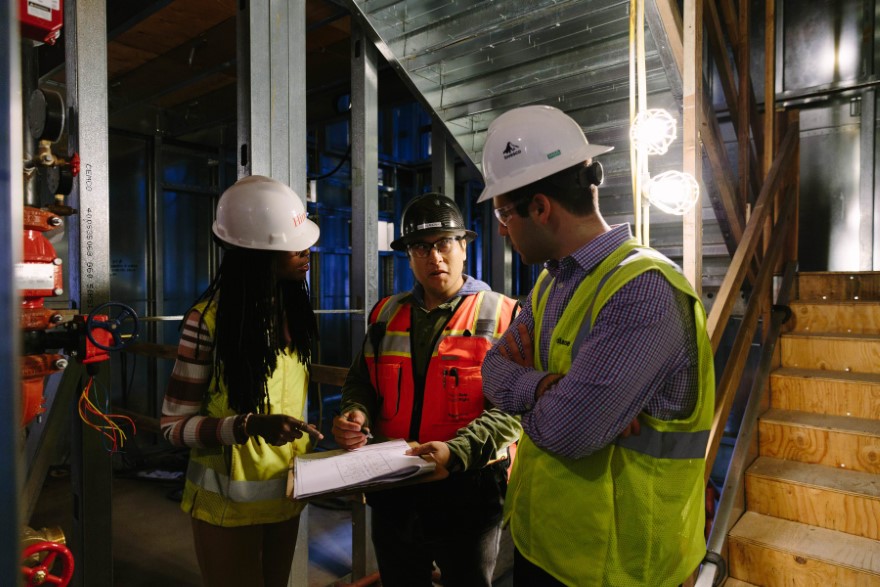 Davis says there are 46 more projects in the pipeline, although it might take five to 10 years to complete all of them due to state financing constraints.

“Each type has a different flavor, but overall, our goal is to build efficient, high-quality housing, and provide safety and security for our residents,” she notes.

At the forefront for Davis is a 225-unit development in San Mateo. It’s a rarity for MidPen, as it’s more than twice the size of the usual projects and is being built as workforce housing, rather than for low-income residents. She adds that 57 of those units have an additional preference for renting to public employees.

The workforce housing, she continues, is built for residents earning about 80 percent of the area’s median income as measured by the U.S. Department of Housing and Urban Development. Davis says MidPen more commonly develops housing for people earning less than that, as well as supportive housing communities for residents with special needs or who have been homeless.

Being built on what was a city-owned parking lot, the community offers a range from studios to three bedrooms, with 50 percent of the units being two or three bedrooms, she explains. Studio apartments will comprise 30 percent, with one-bedrooms the remainder.

Location is everything in the joint municipal and MidPen project.

“It’s a downtown site,” says Davis, who will help refine the floor plans and other construction details. “It’s very close to public transportation, so it means less commuting for the workforce.”

Even then, she and her team of two design and construction managers and two project managers also use what’s called MidPen’s “feedback loop,” that draws on input from other department heads, and, just as crucially, from what residents tell them about how space is used.

For instance, MidPen had long built larger fitness rooms into its developments only to learn they were not widely used. In San Mateo, there will be a child learning center, and the fitness equipment will be outdoors to take advantage of the temperate climate.

“As far as sustainability, on a national basis our communities look amazingly great,” Davis says. “We always have solar or thermal on every building and we also had the first housing project that was all electric in the state.”

Growing up, she had a limited view of her potential—at least until she met Vergel and Cynthia Gay. Vergel, an architect and chief facilities planning and construction officer for the Texas A&M University System, came to speak to her ninth-grade drafting class—one she was taking because it was taught by her basketball coach.

Cynthia Gay, now the chief operating officer at Vergel Gay & Associates, also encouraged Davis to pursue a career in architecture—the couple showed her it was possible and pushed her to work harder to attain it. 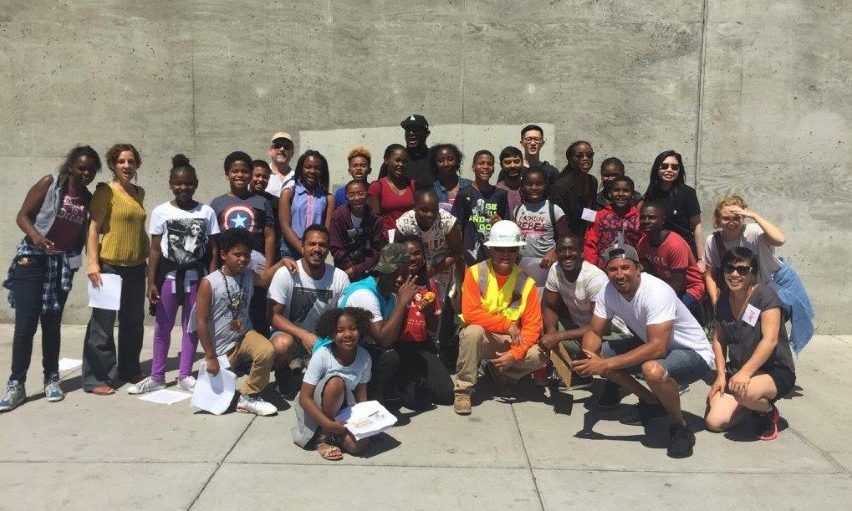 Davis earned her bachelor’s in environmental design and architecture in 1997 from Texas A&M where she discovered that her interests were less about building design than project management.

She began her career in 1998 as an architectural job captain with 3D International in Houston. There she worked on higher education and community projects from pre-design through construction, and rose to the level of project manager and associate by the time she departed to become a job captain with MBH Architects in 2003.

It was a move that brought Davis to the Bay Area, which she’s called home ever since. At MBH, she oversaw building for specialty stores such as the Express apparel chain and MAC cosmetics, making needed design adjustments to comply with local regulations and the Americans with Disabilities Act.

From there, she joined Field Paoli Architects in March 2004 as a project manager and green building consultant on three LEED certified projects and was later promoted to a firm associate.

In 2009, Davis founded Simply Sustainable Consulting to conduct LEED feasibility studies on upcoming projects. In October 2011, she brought her green expertise to Cahill Contractors as an assistant project manager for its multifamily residential construction. 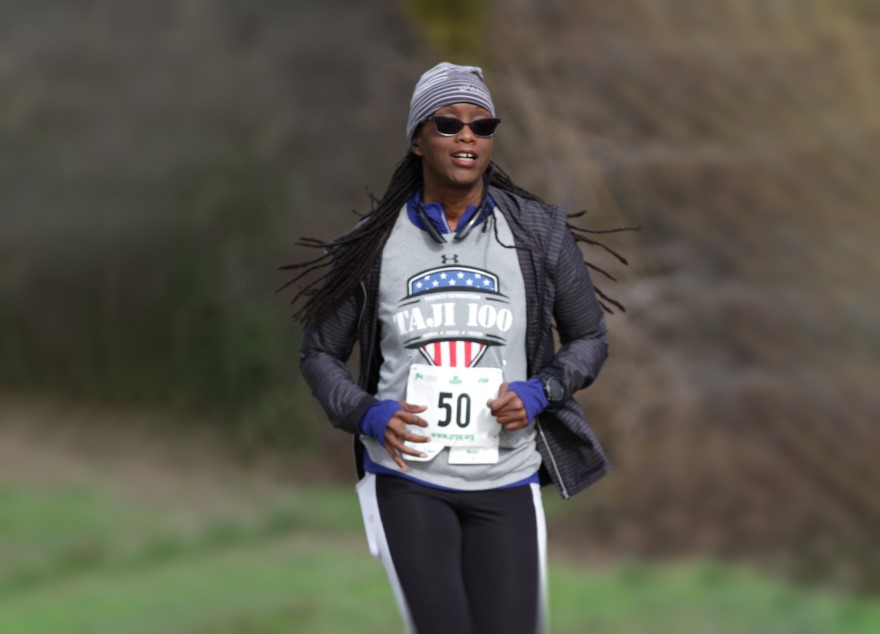 She says managing residential and mixed-use projects with a green touch suits her, and after joining Hines in August 2016, she oversaw construction of a three-phase, 385-unit development adjacent to the MacArthur BART rail station in Oakland.

Managing affordable housing efforts suits Davis even better—her skill set combines with purpose and meets a crucial need in one of the most expensive areas to live in the U.S. And it happens as she shows by example what possibilities are open, even in what may remain a male-dominated field.

“For me, the most effective effort and where I’ve had people thank me, is being involved in my work every day and leading teams,” Davis notes. “One of my greatest strengths is discipline. Even when I don’t want to, I get up and do the things that need to be done. I also have a really big belief that we’re all connected—I see the human race and not different races.” 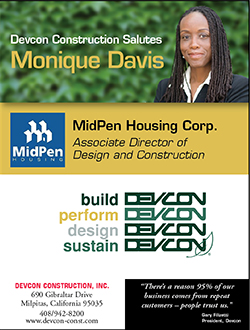 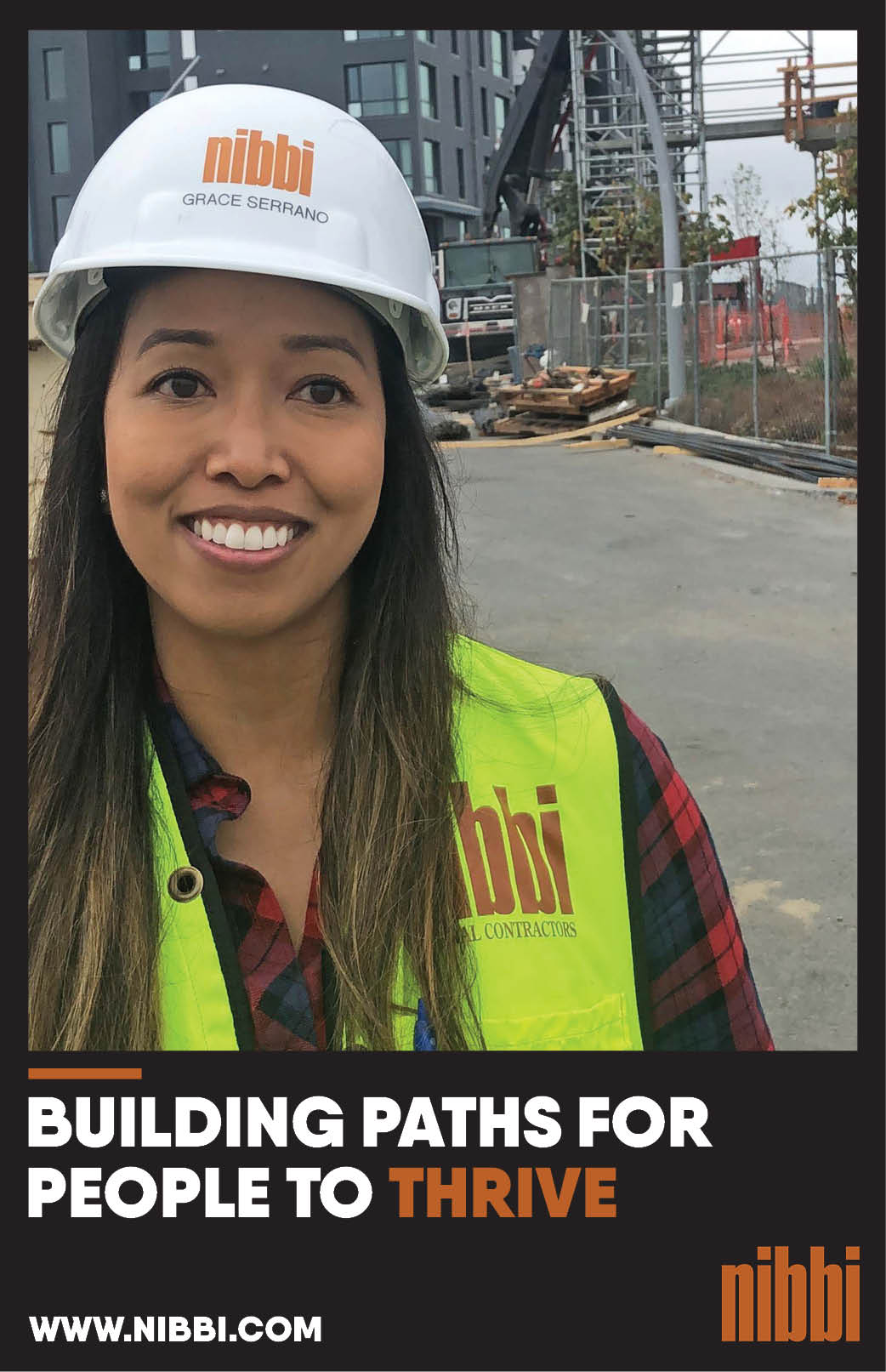 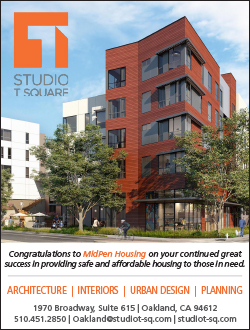