In 2014, Boulder Valley School District passed the largest school bond in Colorado history. According to Molly McLoughlin, the district’s director of facilities, the historic funding led to upgrades for each of BVSD’s 56 schools, impacting over 30,000 students and 11 different communities across 500 square miles.

As part of the education facilities master plan, the BVSD operations team collaborated with architects, facilities and bond teams as well as the information technology department. Through their assessment process, these teams earmarked a portion of the funding for the construction of five new schools—four of which were replacements—and six new artificial turf fields. 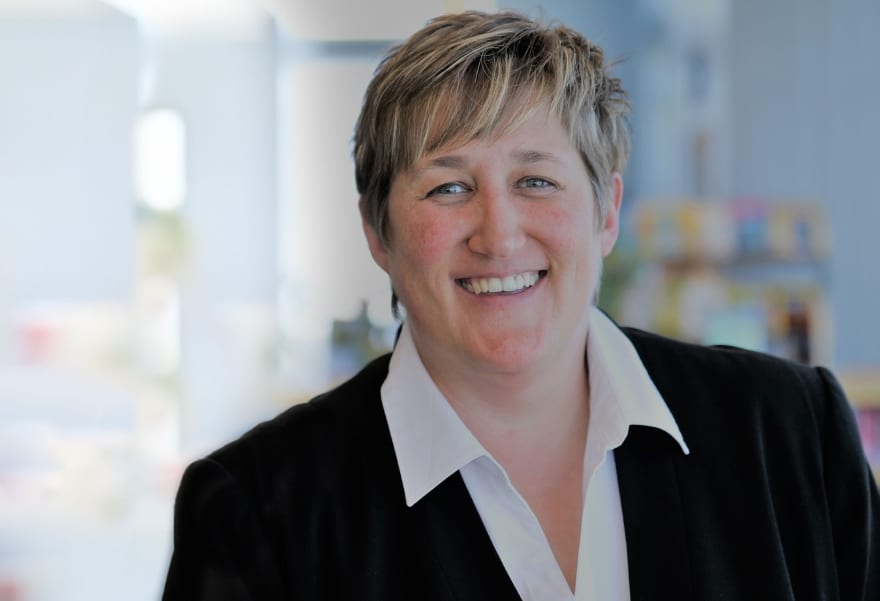 In addition to contributing to the earmarking of funds, McLoughlin says she and her team helped decide how each space can provide the maximum benefit for the school, its employees, and its students—not to mention the environment. One example is the addition of electric car chargers at each school. McLoughlin and other BVSD teams also implement the green building guiding principles they developed through the bond program, which include recycling materials and improving air quality.

“Our environments should be safe and welcoming so our employees and students can be successful in the spaces they use daily,” explains McLoughlin, who joined BVSD in 2011. “Responding to COVID-19, my department deployed air purifiers, programmed new HVAC systems and implemented new cleaning measures.”

As district director, McLoughlin works alongside building leaders, operational staff, educators and others “to create innovative learning spaces.” McLoughlin says she built on the work the Capital Improvement Planning Committee began on Innovation Guiding Principles. As a result, she says, gone are the static rows of desks with the teacher standing at the front, replaces by “a more dynamic learning environment.”

Students who prefer to sit are given regular desks, while those that need more flexibility might be given “wobble” chairs or beanbag chairs. Instead of regimented rows, desks are spread throughout the classroom, providing flexibility and comfort.

“We try to anticipate the needs of a variety of students and their unique way of learning,” McLoughlin explains. “We are diligent in creating spaces to suit various learning needs. We want all students to excel.” 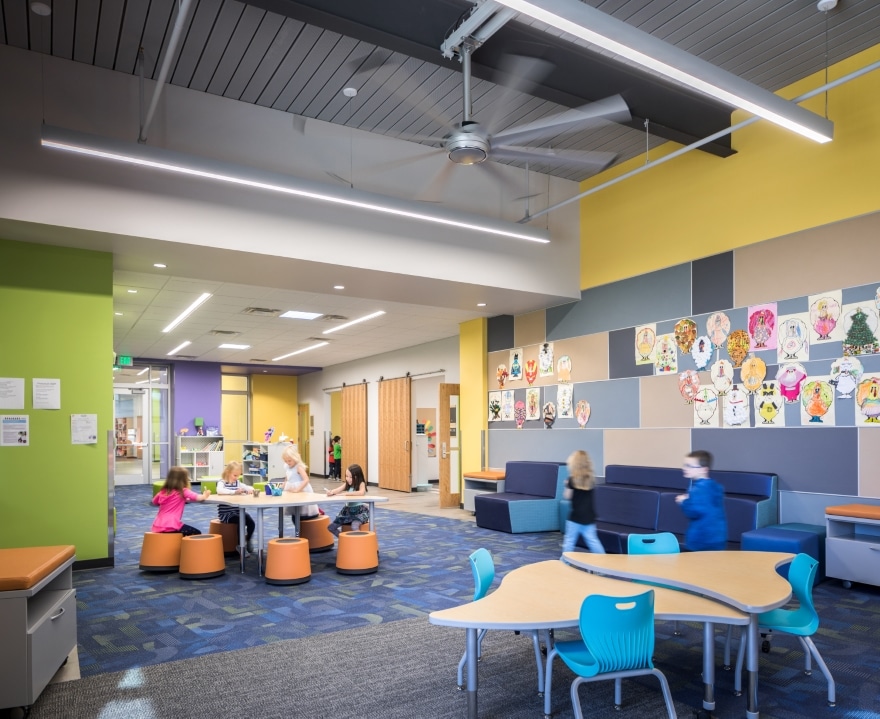 Including the teachers. This meant working with new audio systems, for example, that allow educators to show YouTube or other educational video clips. “I don’t want facility issues to be the first thing on the mind of teachers when they walk into a room,” says McLoughlin. “I want it to be the last.”

For her, it’s not just about providing teachers with the necessary tools, though. She says it’s also about making the spaces more conducive to learning, particularly when it comes to facilitating classroom projects. According to McLoughlin, open learning spaces help students more easily collaborate in small groups. That allows for greater communication between the teacher and students—not to mention a more relaxed learning experience.

“Education is rapidly changing,” McLoughlin say. “The operations team, including my facilities department, are creating innovative spaces that boost teacher and student creativity.”

Something new under the sun

Others need welcoming spaces too. In 2014, those behind the BVSD scenes—superintendents, human resources, business services and others—were working in an archaic building. It was energy inefficient, lacked windows and had a drab interior. So, in 2018, architects from RNL Design, with input from the district, began designing a new central education center, McLoughlin says.

It was completed in fall of 2020 with a state-of-the-art HVAC system and an array of large windows, designed to be both energy efficient and a source of natural sunlight.

“We wanted to create an inviting space for the staff for an improved work experience while protecting our planet,” McLoughlin emphasizes. While the work of her and her colleagues has been critical to these efforts, McLoughlin is quick to add that the team is merely “one important part of the intricate BVSD operations.” 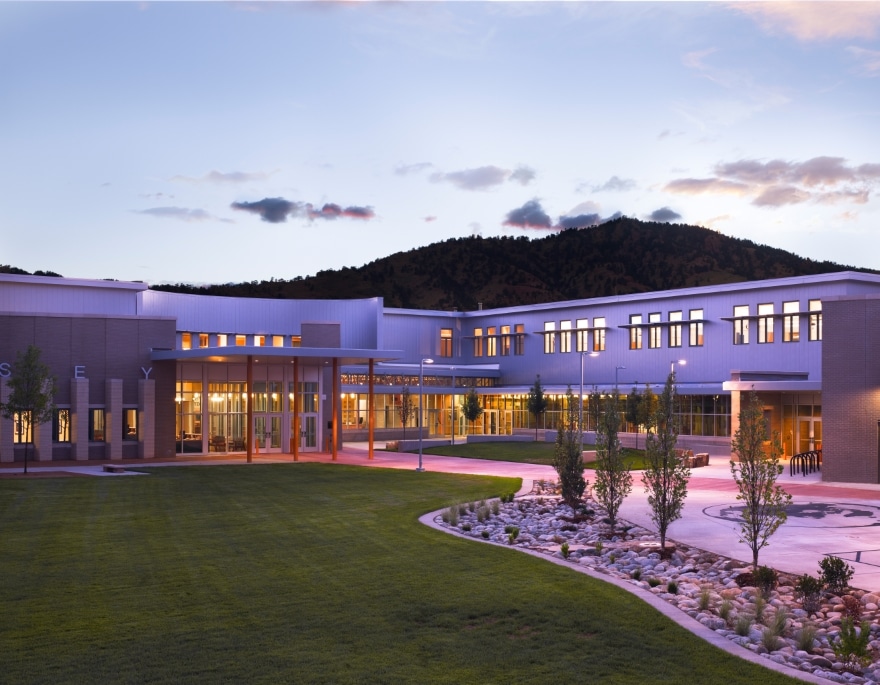 In addition to leading the facilities team, including the maintenance and custodial staff, McLoughlin regularly collaborates with the district’s other departments, including bond construction, transportation, food services and security, as well as the sustainability and energy efficiency coordinators.

She also works closely with the bond construction team on how bond funds are allocated and long-term building planning. That inter-departmental collaboration is why BVSD has brought several initiatives to fruition since 2014, she says. Those include mechanical upgrades, carbon footprint reductions, a new transportation center and a central culinary center.

“Adapting doesn’t just mean physical upgrades,” McLoughlin says. “We also integrate technological enhancements such as a new computerized maintenance management system. Prior to that, we were printing out slips of paper and moving to a digital platform has been transformative for our operations.”

The COVID-19 pandemic brought on other advancements, including improvements to indoor air quality in which McLoughlin played an instrumental role. She says the work is one of the best the district has done in the past three years as BVSD is, according to McLoughlin, now a nationwide leader in the area.

BVSD also helped people by retaining over 250 employees in lieu of voluntary layoffs during the pandemic. “We wanted people to know they had jobs,” McLoughlin recalls. “We brought in the food and transportation staff for maintenance and custodial work.” 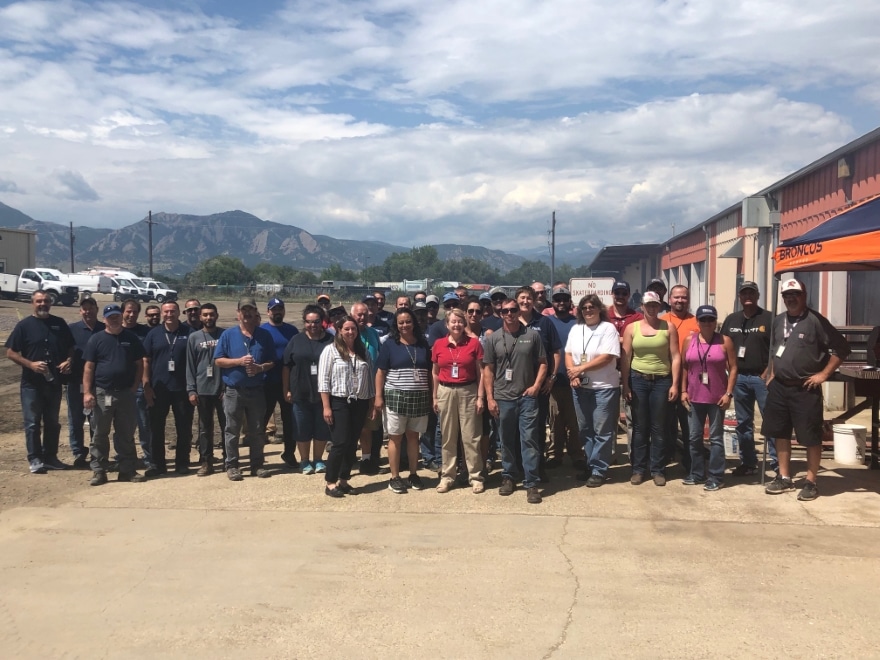 The district also hired outside vendors to create webinars to train custodial staff on thorough cleaning and disinfecting to counter COVID-19, so students and teachers could return to in-person learning as soon as possible.

Apart from creating inviting environments for the students and staff, McLoughlin enjoys renovating for herself and her family. When she’s not being active outdoors—taking pictures or trying to start golfing—she’s remodeling every corner of the home she bought with her family nine years ago.

“Whether at work or at home, I love looking at a space and seeing the potential,” she says. “Not what it is, but what it can be.” 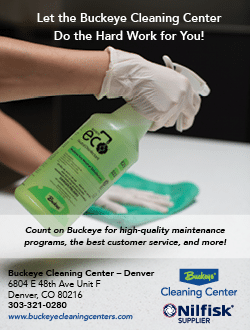