As he completes a second decade with the Hyatt Hotels Corp., it’s safe to say Miso Ivanisevic has found a place to stay.

The director of engineer and facilities for the Hyatt Regency and the Grand Hyatt San Antonio River Walk in San Antonio, Texas, has risen through the company ranks for 18 years. He started working for the company in Atlanta while in high school. 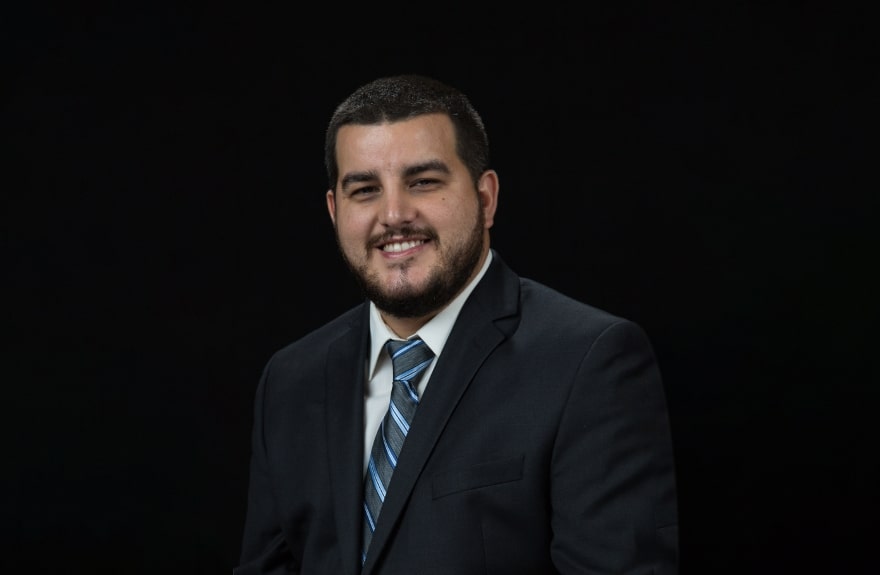 Since 2016, Ivanisevic has overseen facilities management and engineering, helping steer the hotel’s award-winning sustainable practices, including large scale recycling efforts. Crediting teamwork, he also ensured the remodeling and renovation of the Hyatt Regency San Antonio Riverwalk was completed in about six months with minimal disruption to guests and events.

“Collaboration is big for us in our hotel team,” he says. “We’re all integrated as one and I want to continue to drive this inclusion because I think it’s crucial for the overall success of the hotel.”

Ivanisevic says it’s common for hotels to remodel and renovate every seven to 12 years, but the $38 million project at the Hyatt Regency San Antonio Riverwalk was unusually large in breadth—the biggest of his career.

Affecting 602 guest rooms and 28 suites, the work began in December 2021 and was finished in June. Based on guest feedback and a companywide push to standardize, rooms got new hard wood flooring and rugs, wall coverings, furniture, 65-inch flat screen TVs and mini-fridges. They also received new lighting and power access for desks.

Bathrooms were updated with vanity lighting, granite sinks and countertops, and showers that replaced tubs. Upgrades with similar features were made on the 28 suites as they were also reimagined for small social gatherings or other events. 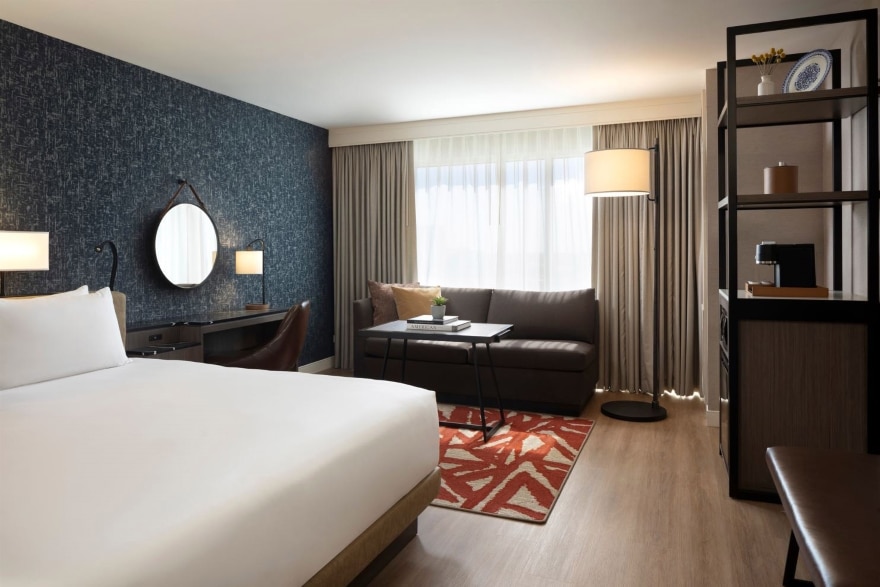 The project was led by San Antonio-based Canco Construction with interior design services from the DLR Group. Lombardi Construction and Hyatt’s technology and design teams also supported the planning and execution of the project.

Ivanisevic says it was a challenge to develop and maintain work schedules to complete the renovations quickly without disrupting guests. He and his team had to regularly coordinate with nearly all the hotel’s departments about concerns such as when and which meeting rooms could be used, and how to least impact costumer service despite the noise and inconvenience the project created.

The remodel included lighting upgrades for greater energy efficiency, with many of the renovations built on efforts Ivanisevic has helped lead to increase sustainability. Examples of the approach include converting to LED lights throughout the hotels and installing motion detectors to illuminate exit stairs.

In fact, the Hyatt Regency San Antonio Riverwalk was recognized as a 2018-19 Gold Certified Charter Recycler by ReWorksSA, which is part of San Antonio’s Solid Waste Management Department. 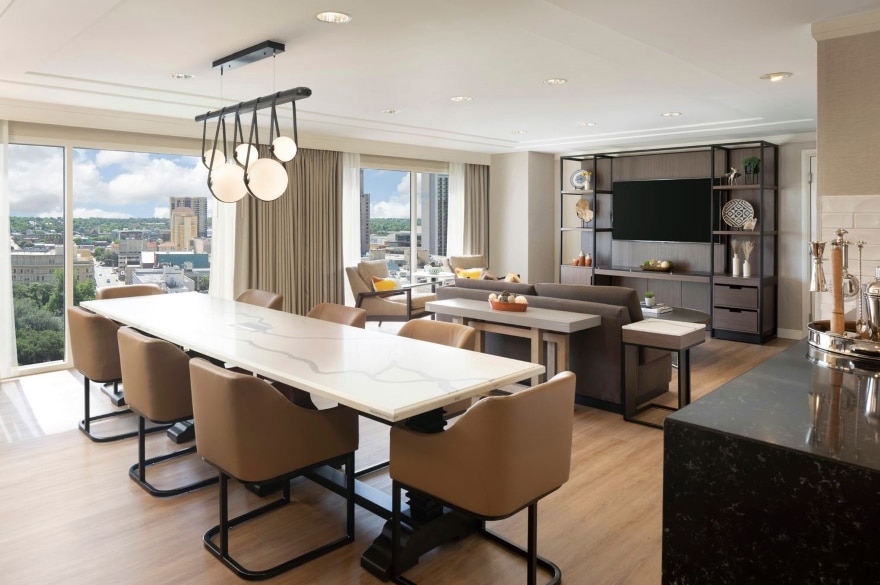 Ivanisevic is part of the hotel’s green team of 15 to 25 members, including HR, stewarding and kitchen staff, and “any other employee who is passionate about recycling in the hotel and community.” He helped lead efforts that include providing guests with bins to separate paper and plastics from other solid waste. Also, he helped the hotel recycle the toiletries and personal care products it provides guests and has donated unused items to organizations around the world.

Other additions to promote sustainability include a larger container to separate recyclable items from solid waste and a baler for cardboard recycling.

“We’re very proud of our overall sustainability and recycling efforts,” Ivanisevic says. “It’s a best practice for us to have this mindset when considering all operations at the hotel. We want to lead the way in our community.”

Beyond a family tradition

Ivanisevic has made a career at Hyatt Hotels Corp., which has become a family tradition as his parents and brother also worked for the company.

He started his Hyatt career in 2004 at the Grand Hyatt in Atlanta’s Buckhead district as he earned his bachelor’s degree in early childhood education from Georgia State University. In 2011, he was accepted into the company’s 18-month corporate management training program.

“I’ve learned people want honesty,” Ivanisevic says. “Every employee I work with has different needs and life circumstances—understanding that is crucial to my success as a leader.” 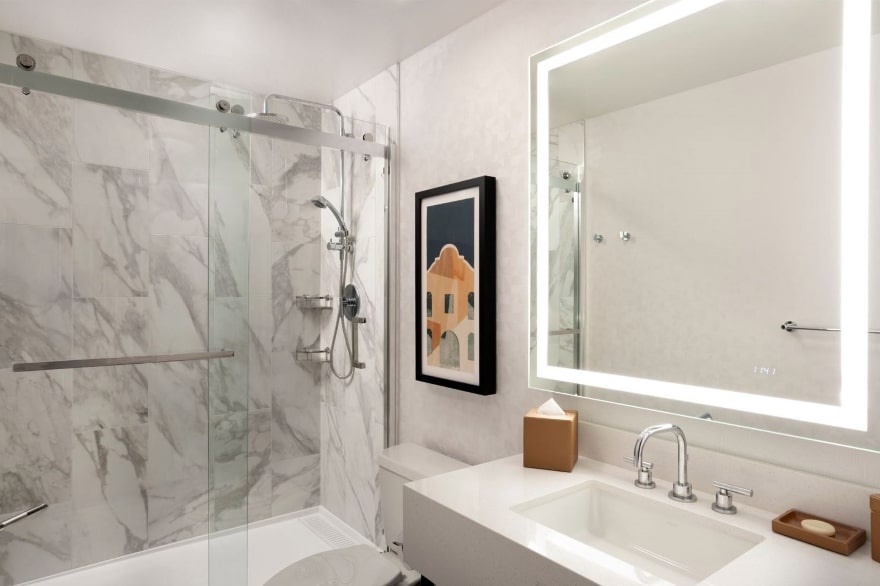 A father of two sons, Ivanisevic enjoys spending time with his family and coaching them in sports when he can. He also tries to get in a round of golf when possible.

“Experience counts. Understanding the job and knowing how a building runs and operates from a mechanical aspect is crucial,” Ivanisevic says. “What’s also crucial and part of Hyatt culture is working with people inside and outside of the department. To succeed with Hyatt, you have to be a people person and truly enjoy customer service.” 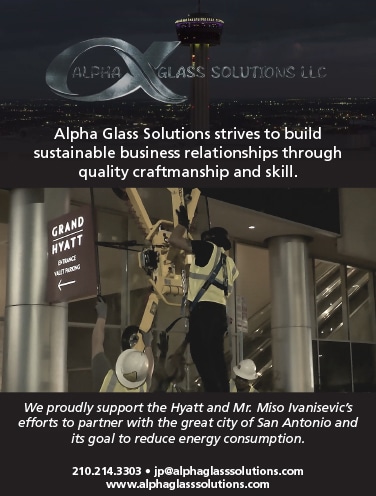