It’s not just customers who rave about Chicken Salad Chick as a healthier alternative to run-of-the-grill-and-fryer food. Landlords have also taken a liking to this Alabama-based hybrid of fast-casual and sit-down dining that commenced with franchising in 2012.

That was just four years after its founding by Stacy Brown and her late husband, Kevin. Chicken Salad Chick has since boomed across the Southeast and Midwest with plans to thrive elsewhere. Among other attributes, it’s a much cleaner and leaner operation than so many other franchise restaurants—one that gets by with a simpler kitchen. 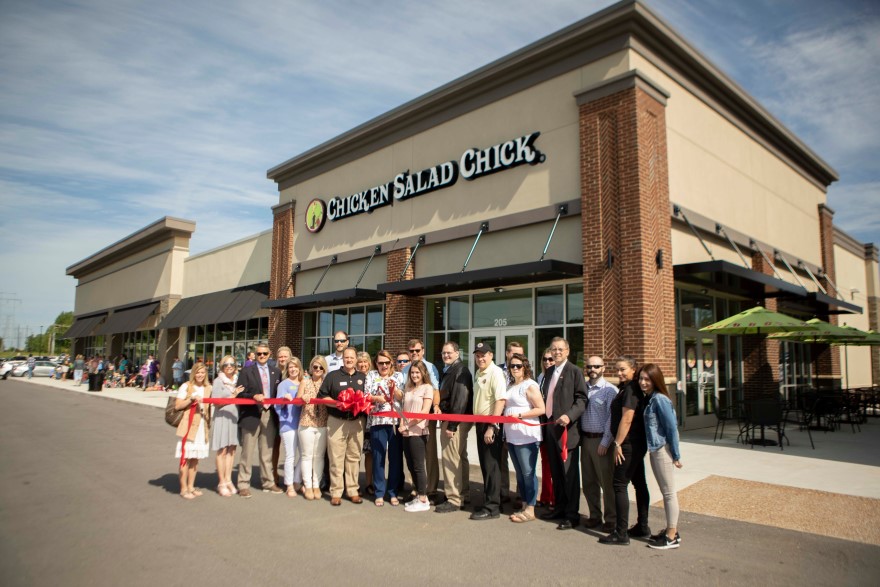 “That’s because we don’t fry any chicken. We just steam it,” explains Matt Reese, director of real estate since March 2018. “Other restaurants—I won’t mention any—have their grease traps overflowing, but not us. Landlords appreciate our clean kitchen operation.”

And Reese looks to have many more opportunities to interact with prospective landlords. He and Design and Construction Director Miles Coggins are the point men for Chicken Salad Chick’s expansion plans and have the right team in place to execute their aggressive growth strategy.

While COVID-19 placed a brief pause on grand openings, the CSC team is looking to average one new store opening per week for the foreseeable future. At last count, there were 170 restaurants in 17 states, with 200 projected by year’s end and an ambitious 2021 anticipated that should take Chicken Salad Chick farther north and west.

Plays outside the Southeast

And why not, Reese says about the sunny outlook shared by the executive team. Fried chicken options may abound, but there’s currently no direct competition for chicken salad cuisine, and this operation has over a dozen varieties of the Southern-inspired fare, as well as seasonal and special-made varieties. Typically served as a scoop, on bread or lettuce, or as a “Quick Chick” packaged by the quart or pound for takeout, the brand offers great variety.

So Reese is constantly looking for more locations, recently having helped launch the northernmost restaurant in East Peoria, Illinois, along with a presence in Columbus, Ohio, and new locations on the horizon in Indianapolis. Western expansion has taken it deep in the heart of Texas with plans to continue the march westward in 2021 and beyond. 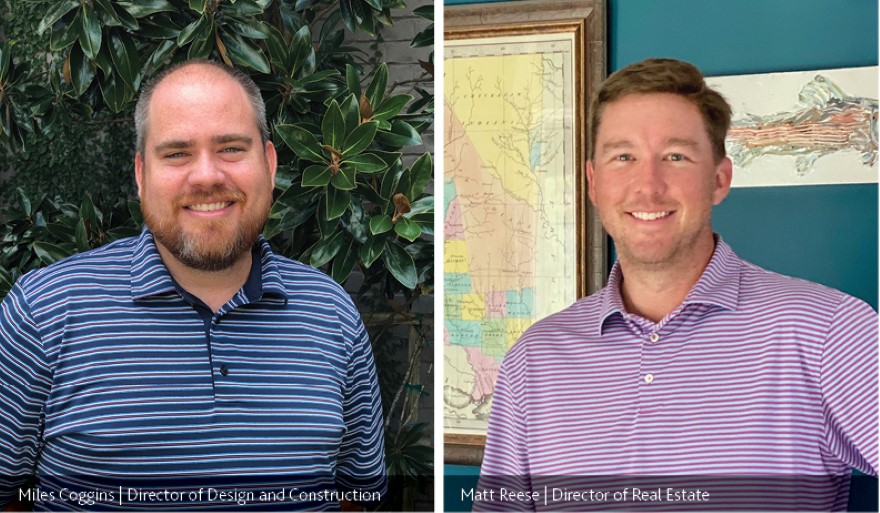 While there have been a handful of ground-up development sites, most of the restaurants are leased facilities of around 2,800 square feet in grocery-anchored shopping centers or near female-centric retail. With some other restaurant chains and fast-food outlets on the ropes, there’s no shortage of possibilities for Reese to explore in the near future.

But no prototypical, cookie-cutter restaurant template for Coggins to act upon.

“Very seldom do we find the perfect building,” Reese acknowledges during a September chat with Blueprint. “There’s always going to be some give and take for Miles to work out.”

Which can work to the chain’s advantage, his confident colleague quickly weighs in. There’s something challenging about no two Chicken Salad Chicks being identical, Coggins says, even if it does pose complications for retrofits. It allows him to flex his creative muscles when it comes to floor plans and to emphasize his motto: We can make it work.

“That’s why they hired me,” says Coggins, who’s one of the longest-tenured members of the team, having joined in 2014 when there were all of 14 Chicken Salad Chicks. “Before me, they hadn’t had a dedicated construction manager, but decided they needed one after recognizing their growth potential.”

They’ve comprised an effective tag team, Reese and Coggins each playing off the other’s strengths. Reese recalls finding one site in Greater Atlanta that was smaller than the ideal size but still in a prime spot. Took some doing, he says, for Coggins to devise a floor plan that includes the large exterior cooler that the company wants at all restaurants.

While Coggins may get his hands dirty on the job, Reese considers himself a consultant of sorts for the franchisees when it comes to real estate development and the brand’s expectations and standards. He’s handled real estate needs in other industries—from auto parts to specialty grocery—and he likes his current employer’s unconventional approach.

“We’ve toyed with kiosk models and downtown locations,” says Reese, an Ole Miss business and commerce grad. “While we have plenty of green grass for traditional development, our product and simple operations are ideal for non-traditional growth.”

Coggins says just bring it on. He’s got a most non-traditional construction background, the Auburn University building science grad’s previous roles including drilling wells in Liberia, West Africa, from 2009 to 2012.

A most meaningful adventure, Coggins says, explaining how he was following the example of his father, who did missionary work. Through a family acquaintance, the young Coggins heard about Water of Life Inc., an offshoot of a Christian service organization active in developing countries.

“I was young, single and wanted to serve,” he says. “I sold my house, moved there and stayed over three years, married my wife and had two kids there.”

The good deeds done, Coggins was glad to bring his family back to the U.S. He became a project manager for Batten & Shaw Inc., overseeing healthcare construction in Tennessee, Texas and Virginia for a couple of years, then accepting the Chicken Salad Chick position.

“Trial by fire,” he recalls of those early days that had a dozen employees bumping elbows in a small office in Auburn, Alabama. But Stacy Brown, the original Chicken Salad Chick, wouldn’t be deterred; she started CSC by selling homemade chicken salad door to door until the opportunity came to open her own restaurant. Then another, and so on, franchising through a network of friends and family and spreading her joy throughout Alabama, Georgia and the Florida panhandle since 2012. 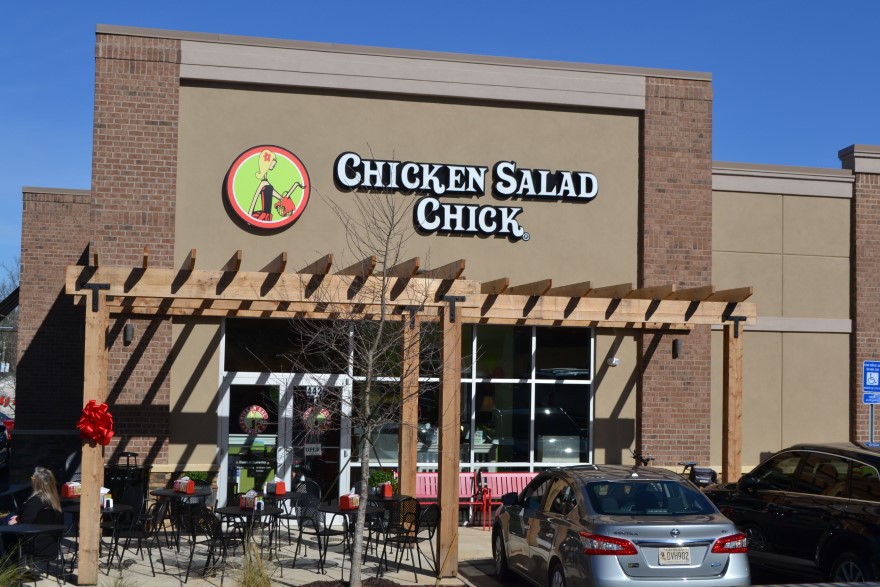 By 2016 Chicken Salad Chick ranked high on Inc’s list of growing U.S. companies. A solid corporate citizen, its foundation partners with the American Cancer Society and food banks in many locations.

And more coming, particularly if it makes a customer out of those who previously opted for burgers or pizza. Case in point: Coggins, who previously never thought twice about chicken salad, but now craves it just like CSC fans across the country.

“I’m the poster boy for trying it and loving it,” he says. “Not only do we get personal access to America’s best chicken salad, but we get the humbling opportunity to use our talents to grow this brand through the communities we serve and leave our mark to help create a lasting memory with customers, team members and franchise owners alike.” 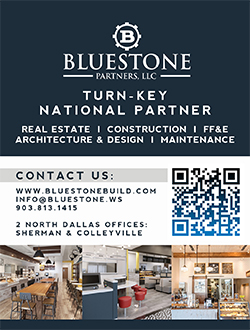 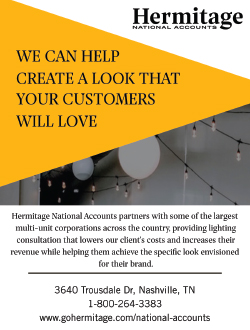