Passing the test for pandemic precautions

As the 2020-2021 academic year neared its conclusion at The Peck School, Mike Zulla could give his facilities department and himself more than passing grades.

For it had been education as normal as much as practically possible at the prestigious K-8 school in Morristown, New Jersey. Most pupils were on campus from September through June, while a few learned online. 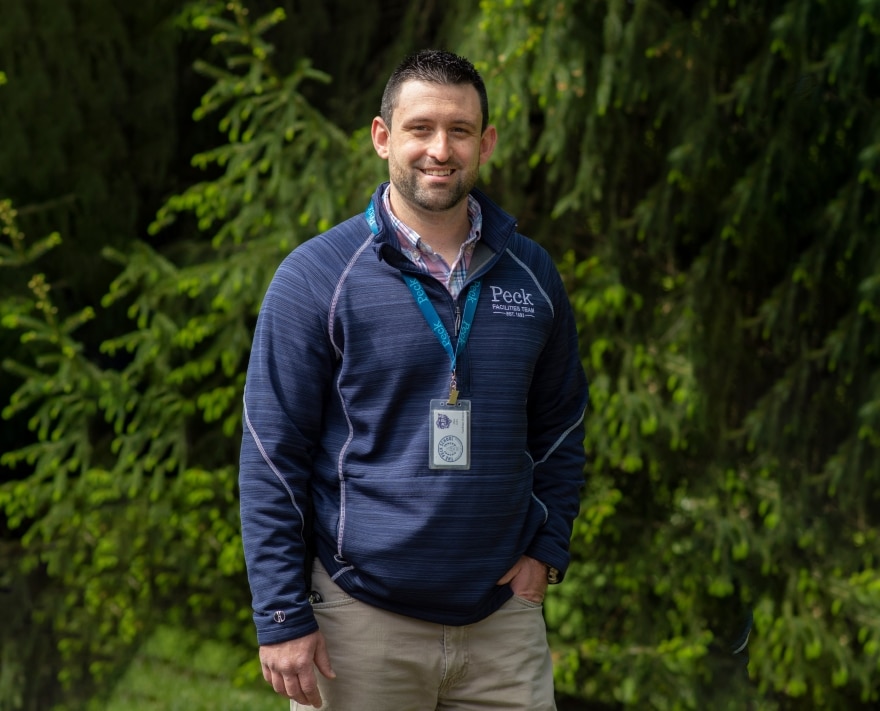 Quite the immersion, Zulla recalls one year later. New to the job, the 32-year-old director of facilities had been initiated into the so-called COVID-19 Task Force along with teachers, administrators, office workers and nurses and was expected to contribute.

Their mission: Plan for the safest and most efficient way to bring 350 students and 90 workers back on campus the following September while adhering to social distancing and whatever other rules and regulations might be in force.

“Literally, a marathon sprint from the time we started up,” the good-natured Zulla tells Blueprint one year later while celebrating his first anniversary on the job. “A very unusual time for me to transition into a new position, but everyone worked very well together. The positive culture at Peck is contagious, and the desire to make an impact was essential to get students back in their seats.”

Zulla’s first task was helping his new colleagues secure materials when supply chains everywhere were unreliable. His involvement with the New Jersey School Buildings and Grounds Association, and strong network of mentors and colleagues, made it manageable to locate such items as plexiglass, personal protective equipment, HVAC purifiers and sanitation supplies. 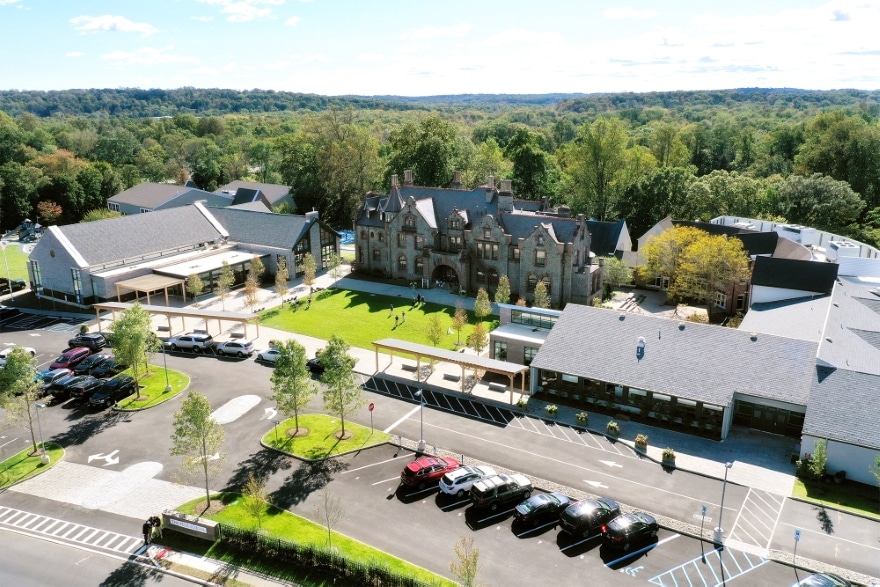 While the school’s preference was for the entire student body to be on campus, everyone would have to be at least 6 feet apart. The only practical way to do so was by moving classrooms to the school’s largest spaces, which included an auditorium and dining hall. There, the desks could be appropriately spaced and outfitted with plexiglass, hooks for masks and a personal set of school supplies. In Zulla’s words, “a massive reshuffling of furniture and equipment.”

Awaiting further guidance from New Jersey Gov. Phil Murphy, Zulla reminds much can happen between now and autumn. “If necessary, we’ll adjust on the fly,” he says. “We’ll follow the state guidelines from a best practices standpoint. Everyone wants a return to normalcy.”

He certainly wants to be in school, for that’s where he’s long earned his livelihood. As a teenager, he waxed school floors and emptied garbage, earning money that went to his tuition at Centenary College and, later, Drexel University. Just as important, he was literally learning facilities management from the floor up. 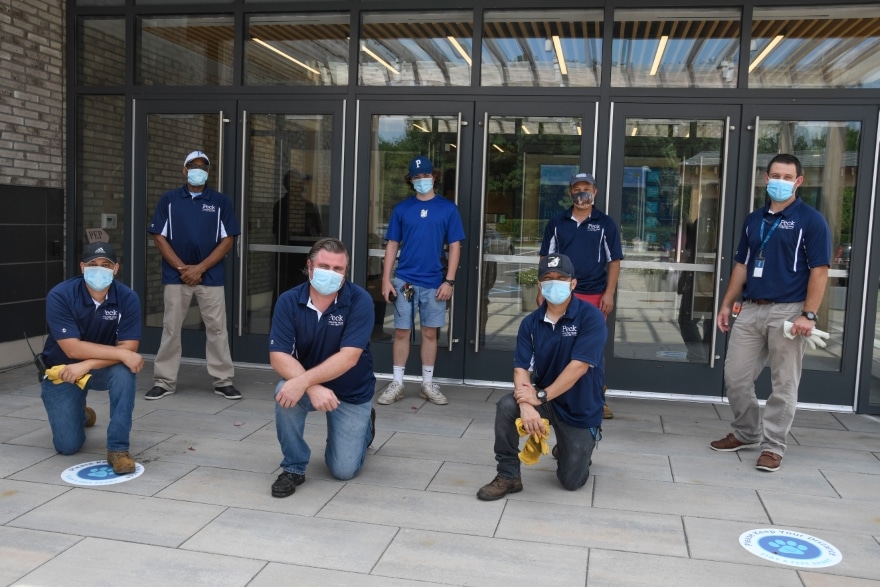 “The best part of facilities management? Not just being confined to a desk,” he says. “You touch base with all the staff. From the ground level, you come to understand it all.”

Yet it’s a responsibility that often goes undetected. Peck might be a rare entity, Zulla goes on to say, lauding the school for allocating time, effort and resources toward facilities maintenance operations and capital renewal projects.

“It is more than common that schools underfund facility-related expenses and, when that happens, it is difficult to manage an indoor environment during a global pandemic,” he says. “I am grateful that our department has that support here.”

He’s intent on supporting Peck to the fullest, Zulla recently enrolling in Lehigh University’s MBA program, which would add to his other master’s degree in construction management from Drexel. Facilities management will only become more intricate, he says. 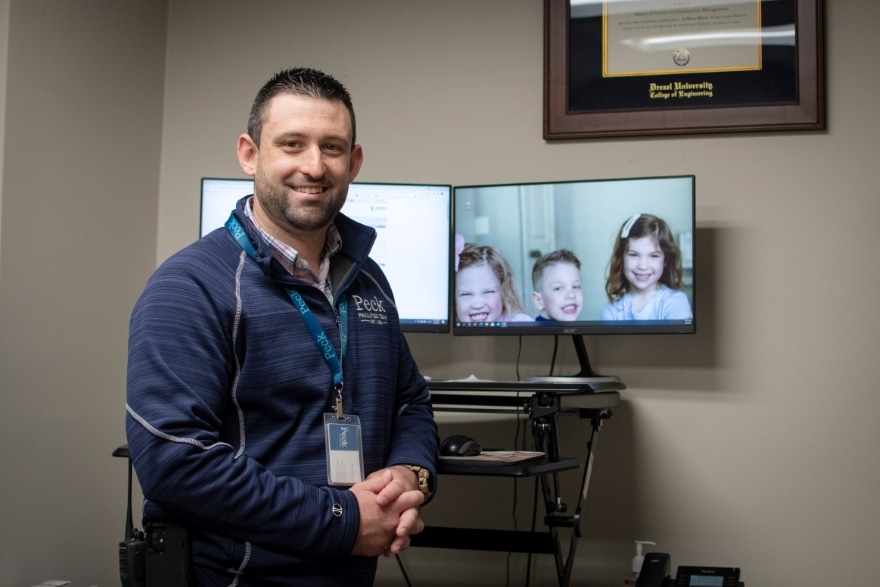 “There’s a lot more to facilities management than you may be aware of,” he says. “There’s transportation, food service, technology, etc. A lot of what you do impacts other areas directly and indirectly. In our wheelhouse we’re responsible for what others don’t know. It really comes to mind when planning larger projects.”

Peck’s the ideal school for him, he says, one that regards upkeep and facilities as more than just the last item when it comes to budgeting. And Zulla, a married father of four children ranging from infant to 6 years old, has a vested interest in education.

“You’ve got to do what’s best for the kids,” he says. “That’s become my passion.” 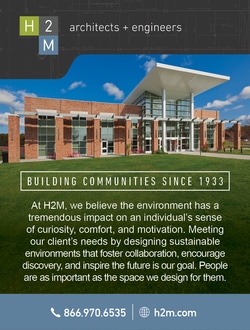