Turning a solution on its head

It was a three crane construction operation, requiring high-swinging maneuvers to set the columns and beams for a new 19-story Hampton Inn and Suites in Midtown Atlanta and Mike White had never seen anything like it before. There, on the tight city streets, massive derricks were being used to assemble and dismantle other cranes just to get the job done in close quarters.

Talk about a high-wire act. 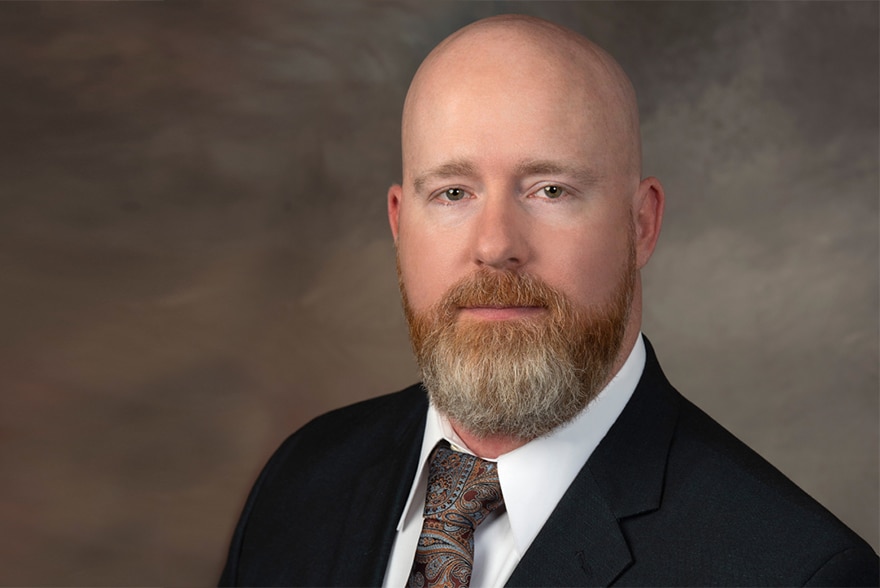 Luckily, the construction team was able to secure a temporary easement, allowing them to close the surrounding streets for three days.

As North Point Hospitality’s director of design and construction tells it, the height and angle of the building in question often meant the person in the driver’s seat was pulling levers and operating blindly, swinging beams in between the nearby high-rises and over the top of the building site.

In the end, the operation went off without a hitch.

“There’s nothing like the feeling of fulfillment; to have a role in developing such a space and knowing that people in the future will enjoy it,” White says.

Founded in the mid-1970s, the Atlanta-based North Point Hospitality has undertaken a bevy of upscale hotel construction projects for top-tier franchise partners such as Hilton and Marriott.

After the Atlanta property was purchased in 2008, construction was initially set for 2017. In order to accommodate a new upside-down redesign, however, the project was delayed until March 2018. 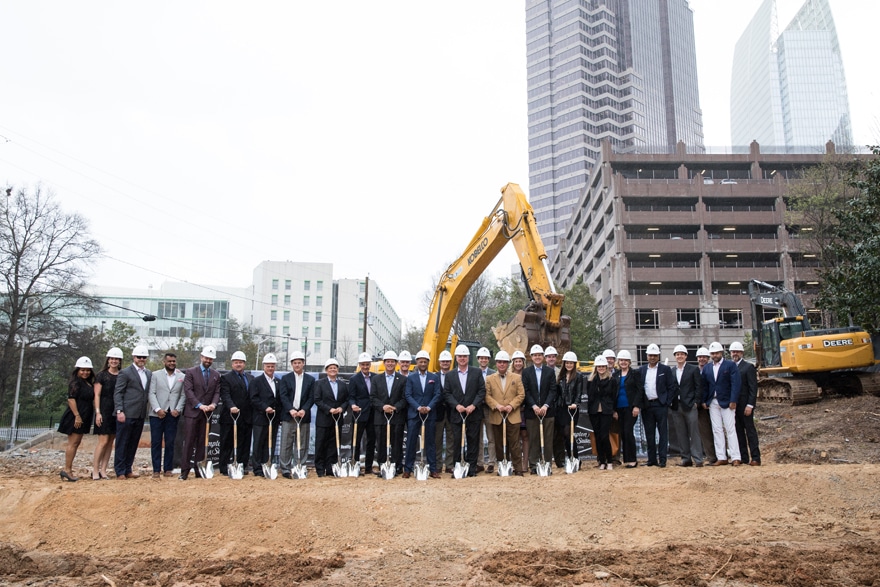 “Jay Patel, our president and CEO, saw this tight site as an opportunity to create a truly unique, brand-defining urban design,” White says.

As a result, the plans called for seven stories of parking (for 94 cars) starting at the ground level, with the hotel check-in moved to the top floor. The 22-story Nashville project used this model as well, putting its lobby on the 6th floor with five floors for parking below.

In downtown Atlanta this was no easy task, given the small property footprint and challenging logistics. Even accepting delivery of construction materials was difficult with no on-site storage.

“It was a long time coming, but we’ll be all set to go in February,” White says.

View from the top

In Atlanta, the hotel lobby sits on the 19th floor (which is technically the 20th level of the building—there’s no 13th floor, after all). When guests arrive at the hotel—nestled in a downtown arts district that includes the Atlanta Symphony Orchestra, High Museum of Art, Fox Theater, the Atlanta Botanical Garden and Piedmont Park—valet parking will take care of the cars while guests are whisked by high-speed elevators to the top of the building for check-in.

Upon opening the elevator doors, visitors will be met with what White calls “an awe-inspiring view,” making one feel like they’re on top of the world.

Crossing the elevator’s threshold, guests will look out at Atlanta’s pristine skyline—including views of Buckhead to the north and Stone Mountain to the east—all seen through 15-foot floor-to-ceiling windows that draw in lots of daylight (or twinkling evening views). 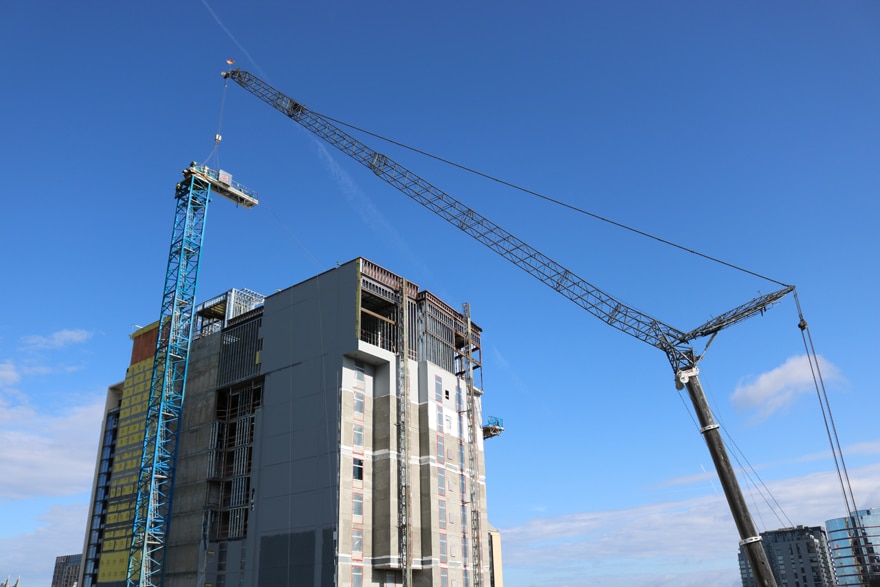 “The views are incredible,” he says. “Nothing compares to being 200 feet in the air.”

The top floor will also showcase a bar with an indoor-outdoor terrace and open-air fire pit; a fitness center; mini-market and 1,100-square-foot meeting space.

“It’s different from other Hampton Inns,” White says, adding that the level of quality and finish selections is “quite a bit elevated” compared to the prototypical Hampton Inn & Suites.

The hotel is different in other ways as well. Typically, more than 20 rooms are included on each floor level of the prototypical Hampton Inn hotels, but in Atlanta the size and number of rooms per level are more generously portioned. The décor is also representative of the vibrant arts district in the streets below, with interior spaces adorned with high-end finish work and artwork from the Savannah College of Art and Design (SCAD), including a 20-by-20-foot exterior mural crafted by the graduating class.

Indeed, for White and his team, one good thing was bound to lead to another.

With the paint barely dry in Atlanta, North Point Hospitality is already on to the next project in Savannah: a $35 million eight-story 154-room high-rise by the river in the city’s historic downtown district. That property will sport two rooftop bars, a pool and a wraparound terrace.

Now in the final design stages, the hotel is scheduled to open in 2022.

As with the Atlanta project, even the most granular guest touchpoints are taken into consideration: everything from where the data and cable convenience outlets are placed, to the locks on the door. Add to that special consideration of lighting controls in public areas; types of sound systems and genre of music; elevator quantity, speed and digital displays; and how staff moves through the building. Even the height of the chairs at the bar are researched to benefit the guests. 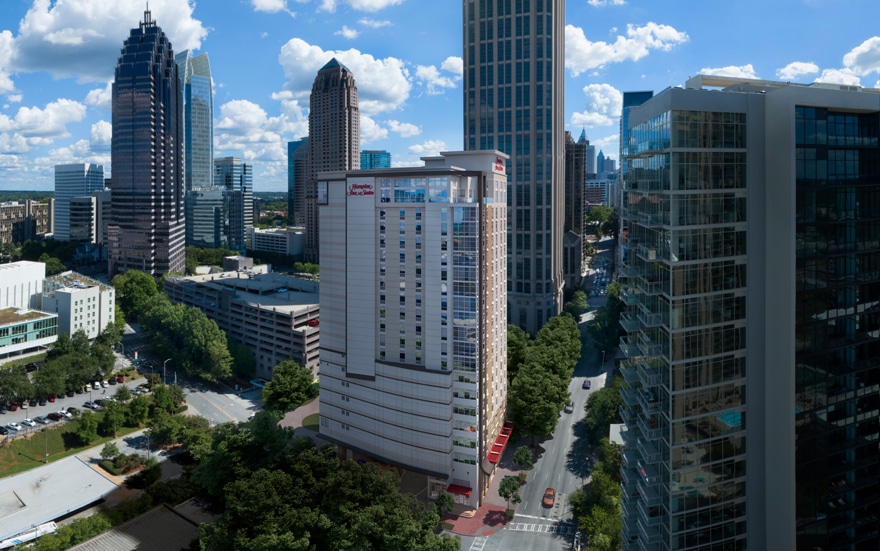 “We learn lessons from every project,” White says.

“Every design choice is made from the guest’s perspective. We also have the considerable depth of experience from our management team who has learned over time what works, and what doesn’t.”

Indeed, if there’s anyone for whom time and experience have proven to be the greatest teachers, it’s White.

He doesn’t need Ancestry.com to tell him what he already knows: He’s the fourth generation of Whites to work in the construction trades.

It all started with his great-grandfather, Harry “Elvin” White, a homebuilder in Iowa who was known to dig basements out with a mule and his plow. Next came his grandfather, also named Harry (but known as Jack), who was more involved with civil construction, working on roadways.

Jack was followed by White’s father, Phil, who worked for a landscaper then a general contractor in Georgia outside of Atlanta after his time in the Air Force and later had his own company. He found his way to North Point Hospitality during an economic downturn and worked in Savannah and Nashville on a contract basis, later helping to implement a development department.

“Maybe it’s genetics. I always liked working with my hands, using logical thinking and I was mechanically inclined,” White says.

Growing up in Atlanta, White got his building construction degree—with honors—from Georgia Institute of Technology in 2000. He then spent nine years in the U.S. Army as a company commander, an assistant operations officer and a helicopter pilot. Deployed three times to Iraq and Afghanistan, he was in charge of facilities and maintaining living areas. 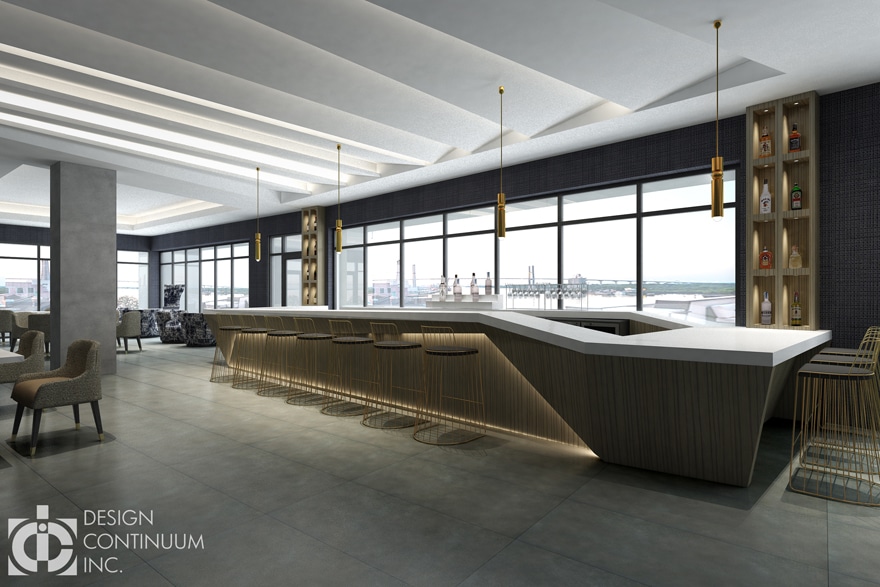 “I gained a lot of organization, planning logistics and leadership skills,” he says. “Everything had to be on a schedule.”

Now working stateside for North Point Hospitality, where he’s already garnered two promotions, White has found a role equal parts challenging and rewarding. With plans to finish the upcoming Savannah project, he and his team have also delved into the new territory of constructing restaurants in North Carolina and Tennessee, projects they started in late 2019.

“I enjoy everything from reviewing the documents and plans and having input in the process,” White says. “I also love to see people enjoy the finished product when it all comes together.” 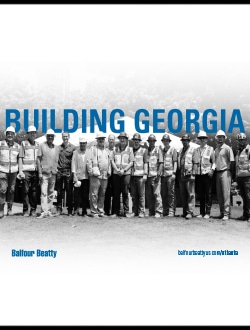 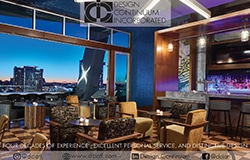 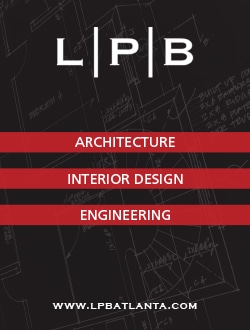