High grades on campus, and elsewhere

When he says it’s the nicest building of its kind in Logan, Utah, Mike Spindler may not just be boasting. The three-story structure that is Jon M. Huntsman Hall would grace any academic campus. But it seems most appropriate as the complementary addition to the Eccles Business Building on the southern edge of Utah State University, nestled in the foothills of the beautiful Wasatch Mountains.

“Three years after its completion, everybody’s still talking about it,” the very hands-on general manager and part owner of Spindler Construction Co. in Logan tells Blueprint in March. “I was just meeting with a local school board about an elementary project and pulled out a photo of Huntsman. That became what everyone wanted to talk about.”

They still may be, word spreading fast in the construction industry and the $42 million M. Huntsman Hall recognized as the university’s new flagship building, its glassy and rimmed exterior curvaceous in front and giving way to a blockish look from behind. High-end wood paneling marks much of the interior, and rising 20 feet from floor to ceiling, enhances energy efficiency ascertained with LEED Silver Certification as well as compliance with the state’s requirements for High Performance Building requirements. 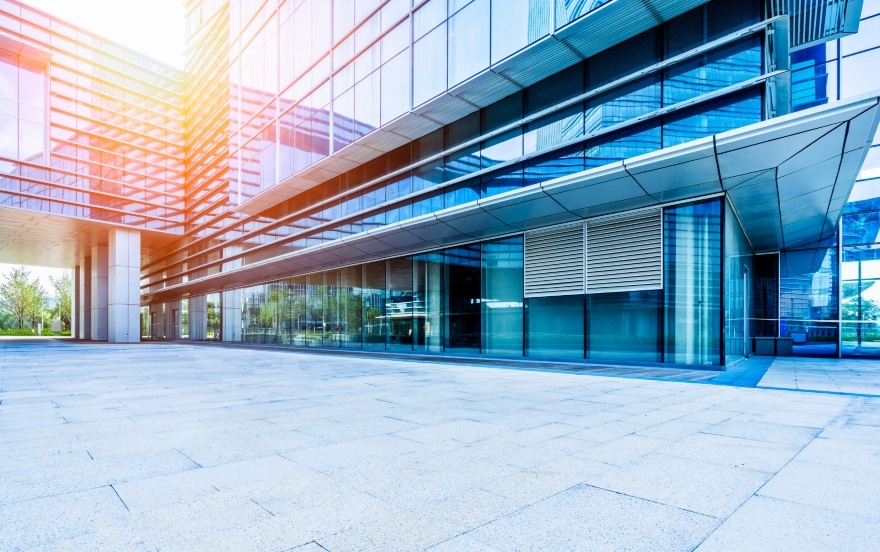 The efficiency also transcends energy use. Long before ground was broken, Spindler Construction, as the general contractor, provided reliable budget estimates; enlisted trusted subs to handle such specialties as glass, electricity and mechanics; and established parameters for what’s known as guaranteed maximum price and ideas for value engineering.

It still took some doing getting all this in place under a tight deadline, Spindler goes on to say. This part of Utah may not be an intense urban environment, but space on campus is still tight enough for the builders to have to park their cranes and materials elsewhere. With Logan under a thick blanket of snow for much of the winter, there couldn’t be any undue delays for laying that foundation.

But Spindler Construction knows the drill, having handled multiple projects on the scenic campus, including the Emma Eccles Jones Early Childhood Education and Research Center, the Athletics Strength and Conditioning Center, and a thermal energy storage tank.

And not too far away in Ogden, Spindler Construction continues to be the go-to company for Weber State University where it recently completed the new Center for Interprofessional Education in Healthcare building in a very efficient 10 months for $7 million. On another part of campus the company replaced the aging concrete stairs at the Dee Events Center.

So logistical and meteorological challenges notwithstanding, Spindler can just chalk up the Huntsman project as business as usual.

Business has been booming in the Intermountain West, adds Spindler, whose company has been capitalizing on a construction industry renaissance that extends beyond its northern Utah headquarters and into Wyoming and Idaho. Business so brisk, he says it makes sense to partner with the Dale Barton Agency, which has provided construction-specific insurance and surety bonds out of its Murray, Utah, office since 1948.

“Great company with great individuals,” Spindler says. “They’ll visit us at the sites every few months and keep us up to date on construction risk in order for us to maintain our edge.”

It’s an edge that seems to grow sharper for Spindler Construction as it fields calls for academic, commercial, industrial and utility projects. 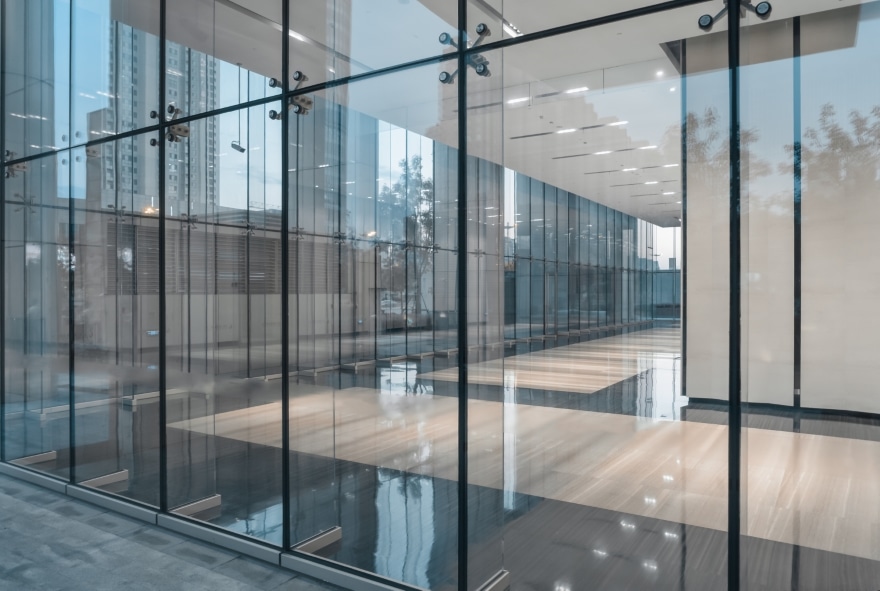 When PacifiCorp needed three new spillway gates for the Soda Dam that draws hydropower from the Bear River in Caribou County, Idaho, it called upon Spindler Construction to design, fabricate and install the structures. Access limited to the crest of the dam, the company wasn’t deterred for long; it floated the gates aboard barges and had a crane and scaffolding in place for the heavy lifting.

When Hill Air Force Base in northern Utah needed a hanger for six C-130 transport planes, it trusted Spindler Construction to do that work and then upgrade other structures, including missile bunkers.

When hospitals, hotels, restaurants, retail centers, airports, retirement communities and public utilities need new construction or upgrades, they too are likely to call upon Spindler Construction, many having done so since the company’s founding in 1973 by the current boss’ father, Lynn Spindler. Even after turning it over to his son, Lynn Spindler would remain available for advice until passing away at the ripe old age of 86 three years ago.

“The best mathematical mind I ever knew,” Mike Spindler says of his father. “Even late in his life, he could figure out the measurements to any angle.”

The current Spindler in charge, who’s been with the company since 1978, must be more than just OK with numbers, with over 450 projects having been completed on his watch. Could be a third generation in the wings, as his college-age son has spent summers at the sites and probably will again, provided a broken ankle suffered on the ski slopes heals in due time.

Spindler also proudly notes than in its nearly half-century of operation, only once has the company finished a fiscal year in the red. This year sure is shaping up as going comfortably in the black.

“It’s been just crazy here in the Wasatch Mountains,” Spindler says. “A big airport job, a prison, a sewer plant. Our biggest struggle can just be finding people to hire—unemployment here is only 2 percent.”

It’s a common concern in the construction industry, the shortage of skilled and even unskilled labor. Spindler can’t help but muse how so many young people may be racking up huge college loans for liberal arts degrees when it might make more sense to enter trade school and take advantage of the many opportunities in plumbing, carpentry, electricity, painting, welding and whatever else.

Lack of a four-year diploma never set Spindler back.

“I’m from the school of hard knocks and it’s taught me well,” he says. 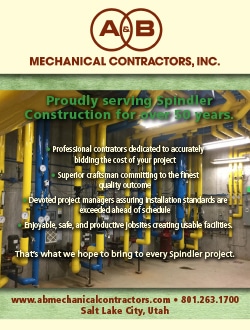