Cashing in by chilling out at Shooting Star

Located in Mahnomen County, White Earth Reservation is a rare and beautiful place. One of the biggest cattle-raising areas in northwestern Minnesota, it’s also famous for its annual harvest of wild rice, and it’s the only county in the state that’s entirely within tribal lands.

There are few economic hubs in the region, though, save for the county’s biggest employer, Shooting Star Casino. It employs 700 people, 70 percent of them members of the White Earth Ojibwa Nation, a Native American tribe of approximately 22,000. 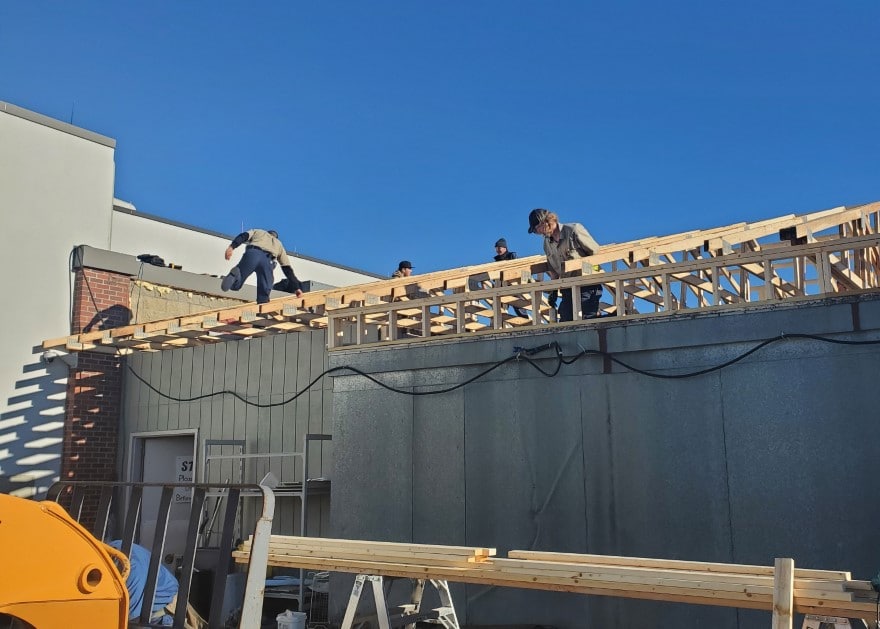 To that end, Smith recently embarked on a HVAC project he says could cut operating costs significantly—while doing what’s right by the planet. By using storage tanks with coils to freeze water at night, (when electricity usage and rates are lower), a new ice plant will channel treated water through air handling units during the day to keep the 230,000-square-foot casino cool—and save the tribe estimated $400,000 a year.

“Being a Native American, it always feels good to do something for Mother Earth,” Smith, a member of the White Earth Ojibwa tribe says. “But cutting down operating costs is always a big deal and will help all of those on the reservation.”

Perhaps the toughest part of the $4.5 million project, Smith says, was convincing tribal leaders to do it. Since tribal elections for the five-member council have a staggered rotation (every two years), it was difficult to build consensus, taking six years.

Finally, in December 2020, the Tribal Council signed an agreement to switch the casino to the cooling system, replacing the old chillers. As part of the swap, the casino also switched from oil and propane to cheaper natural gas.

Smith points to three reasons for doing the project: updating existing systems (many of them 30 years old); upgrading air-sanitizing equipment to combat the threat of COVID-19; and saving the casino—and by extension the reservation—both energy and money. “The impact to guests will be minimal—and almost unnoticeable—yet the casino will save a ton of money over time,” Smith says.

Construction started in May 2021, with crews pouring a 58,000-square-foot cement foundation for the new ice plant. Once the facility’s shell was complete, the team brought in 30 thermal storage units, each a 1,600 gallon-sized tank.

When the system is in full swing, water in the tanks will be frozen at night. During the day, when temperatures rise, the casino will run water through coils in the tanks to cool the water, circulating it to its cooling systems.

“Freezing the water coils at night—with electricity costing 3 cents a kilowatt hour versus 14 cents during the day—is where the major savings are coming from,” Smith says. “We won’t be running compressors or the chillers in the middle of the day when it’s more expensive.”

Part of the project will require the casino to run new piping to distribute the cold water, including to its adjacent 380-room hotel and gaming area, which houses 1,000 slot machines and 12 gaming tables.  Additional piping will be run through the hotel’s attic this fall. Laying pipe will take over a year, and the entire project should be completed by June 2022.

“We were at the point where replacing the rooftop units wasn’t going to get us any further,” Smith says of the old air chillers. “To keep the building running efficiently, we’re needed to look at different ways to save energy.”

A member of one of the Ojibwa tribes, Smith had been working as the head custodian at the Pine Point School facility for 12 years when he was recruited by the tribal leaders to work with them at the casino shortly before its grand opening in 1992.

For Smith, it was a chance to work for the reservation’s primary economic hub with its gaming facility, two hotels, an 1,875-seat event center and a ballroom and conference center that seats 600.

“They knew I knew how to take care of a building. It was the same type of work I had been doing—only on a larger scale,” Smith says. “Plus, the tribe wanted, and continues to promote, members of the tribe.”

Many of the day-to-day duties are like what Smith did at the reservation’s school. That included maintenance projects for heating and cooling, building repairs, sanitation and preventive maintenance. Once the ice plant project is completed, Smith will focus on additional projects such as renovating the casino’s 30-year-old swimming pool, replacing the carpeting and possibly adding solar energy.

“Let’s just get through this project first,” he jokes. On a more serious note, he loves “being in a position to help our leaders save money by providing them ways to run a more efficient facility. It can lead to benefiting the people of the area, as well as our guests.”

Perhaps his biggest thrill, however, is training staff. As Smith explains, job opportunities on Indian reservations are limited, so helping and watching people advance fills him with purpose.

“I love passing skills along to my team, to train them on a job that I, myself, love,” Smith says. “I’m just a happy-go-lucky guy and I want to see people succeed.”