Adding Mex to the meal mix in upstate New York

Upstate New York likes to “live mas,” and the Hospitality Restaurant Group is meeting the craving for Mexican-style food as it adds Taco Bell restaurants from Albany to Buffalo.

“We are right in the middle of our busy season; we have 12 projects in the hopper right now,” says Mike McCracken, Hospitality’s Director of Asset Development. 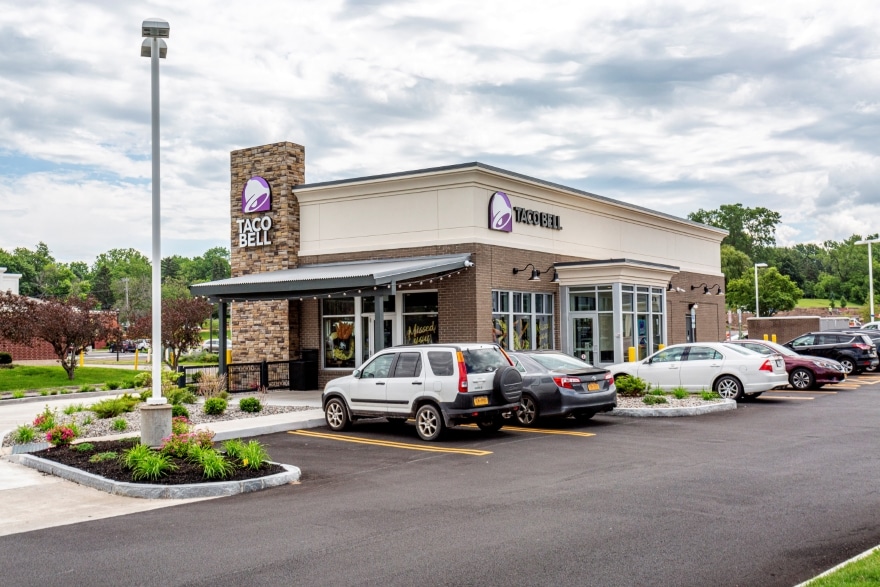 Michigan-based Hospitality specializes in building and operating Taco Bells, and the company added several in and around Rochester last year, based on the success of its New York franchises.

Home to three large colleges and universities, Rochester fits Taco Bell’s marketing demographic of younger customers looking to eat while on the move. Drive-thru sales can be 70 percent of a franchise’s revenue, while 40 percent of revenues can be from impulse purchases, McCracken says.

“We get people who are hungry and see us and say ‘here’s a Taco Bell,’” McCracken says, adding that deals with delivery services such as Grubhub also make it easier for customers to get the full menu brought to them at the tap of an app.

As site scout and construction supervisor, McCracken says he is looking to build in areas where there is traffic flow and night life, as Taco Bell markets its menu for late night munchies as much as traditional meals.

At the same time, the focus on mobility and drive-thru service has changed some basic design elements in the restaurants currently about 2,300 square feet. The dining areas are smaller, but the new buildings have a wider footprint to accommodate a third food prep line McCracken says is needed to serve drive-thru customers in restaurants which more frequently are offering two service windows.

“Drive-thru itself creates challenges when you are looking at different shapes and parcels,” McCracken says. “Our basic design creates multiple entry points to the drive thru.”

McCracken says the company prefers stand-alone restaurants instead of multi-business developments as they allow the brand to be separate and more visible to customers.

“Site selection is a complicated process. Various metrics are used in determining a good location,” McCracken explains. “One often used practice is comparing revenues of other large restaurant chains, if they are succeeding and we aren’t there yet, we try to locate in the same vicinity in those well performing markets.”

Interior design is not particularly reliant on space for cooking because of Taco Bell’s menu.

“We are not constrained as much as other companies; we are obviously a Mexican-style restaurant. We don’t do a lot of fried foods,” McCracken says.

Still, a new wave is coming in the form of service kiosks rather than ordering at the counter. McCracken says the systems add the benefit of better order accuracy and visual upsells to guests.

The simplicity of design can be complicated by local zoning. McCracken says it can take almost four months to build a restaurant, and the site plan process can seem eternal. Taco Bell may look to standardize its brand through restaurant design, but that does not mean local planning boards buy into the concept. While McCracken said he felt like bragging recently because one new restaurant plan was approved in a single meeting, others have taken up to 4 years. 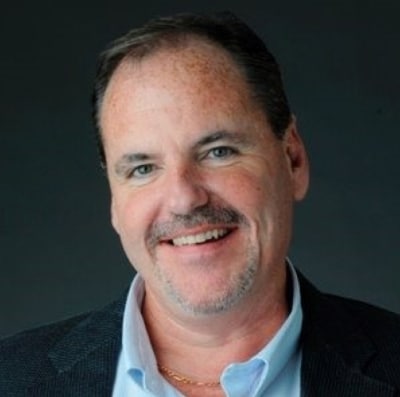 “’Push back’ can’t be in your vocabulary,” he says of the planning process.

Once plans are approved, the four-month build process cannot be left to amateurs.

“We definitely are working with contractors with experience with the quick service restaurant industry. It takes a lot of components and coordination,” McCracken says. “You find people you trust, and you work with them to get the job done in a timely manner, and within financial expectations.”

Hospitality is finding upstate New York a prime place to expand these days, and the Michigan-based company has 94 Taco Bells in six states and operates more than 20 Pizza Hut restaurants in upstate New York. Taco Bell and Pizza Hut are joined by KFC as subsidiaries of Yum! Brands.

Based in Traverse, Michigan, Hospitality has grown from a single Taco Bell opened in 1985. Last year, the company bought almost 40 restaurants centered near Memphis, Tennessee. The Memphis restaurants were purchased as McCracken joined the company because the area (including Taco Bells in Arkansas and Mississippi) offers a welcoming business climate, he says.

“They are spread out, there is no other way to say it,” McCracken says of Hospitality’s holdings, but leadership is concentrated in the family-owned company started by Wayne Lobdell and passed on to his son, Marty Lobdell. Company Vice President and partner Steve Pinkerton has been aboard for 30 years, and Operations Director Wahid Akl has decades of management experience with Taco Bell.

“Sometimes it is not even the engineers that come up with the answers, sometimes it is someone in the company,” McCracken says of the collaborations he treasures. 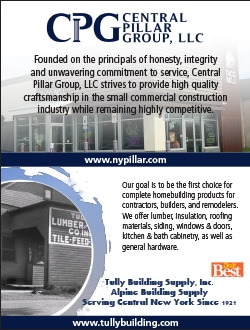