Growing the next generation of agricultural innovators

It would be a typical day on the job for Michelle Swanitz, one that had her responding to one situation after another before the sun set on the Central California coast.

Director of facilities for the College of Agriculture, Food and Environmental Sciences at California Polytechnic State University in San Luis Obispo, Swanitz was handling a pressing issue with the fire marshal for the school’s new winery. Then the phone rang with a frantic professor of animal science on the other end. 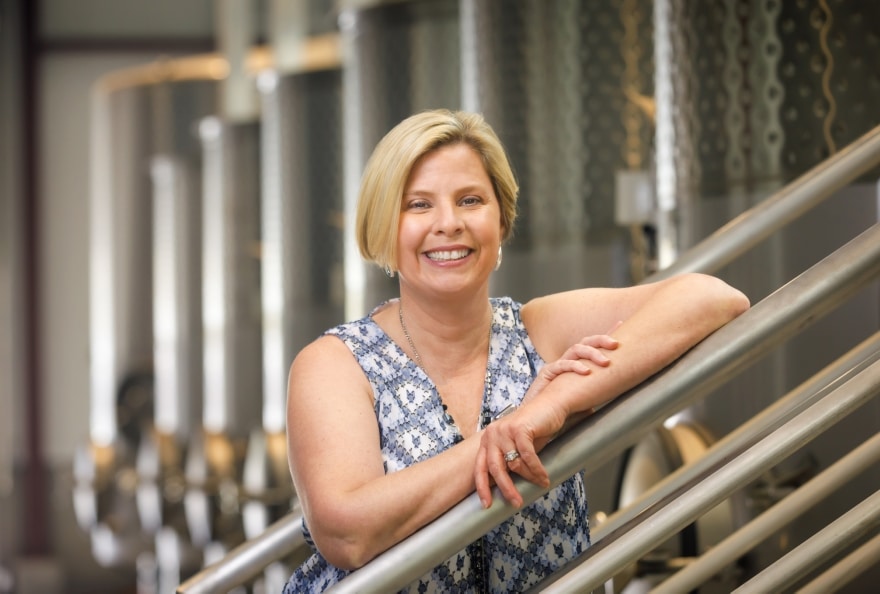 Some Iberian pigs used to support research on juvenile diabetes had just arrived and, unless accommodated in a stall with heated lamps, were at risk for hypothermia. Those delicate animals also the subject of very strict U.S. import regulations, this was like a 911 call.

Long story short: Those very delicate pigs got their lamps and the fire marshal’s concerns were addressed in a manner that could satisfy everyone.

“Yes, every day is different,” Swanitz tells Blueprint in April. “But it’s fun and challenging. It’s why I am in higher education. I’m helping young people achieve their goals.”

And doing her part to foster campus collaboration in the process.

Not by agriculture alone

Come November, a new $125 million, four-story interdisciplinary building, the William and Linda Frost Center for Research and Innovation, is expected to open. It’ll be the home for several new laboratories used in food innovation and experiential design within the College of Agriculture, Food and Environmental Sciences. It will also offer space for the College of Liberal Arts and the College of Science and Mathematics.

“We’re breaking down silos and getting more into collaboration,” Swanitz explains. “It’ll be more like the real world—we’ll interact.”

The new facility should also better afford the students the chance to learn by doing, which is the university’s methodology and one she supports wholeheartedly. 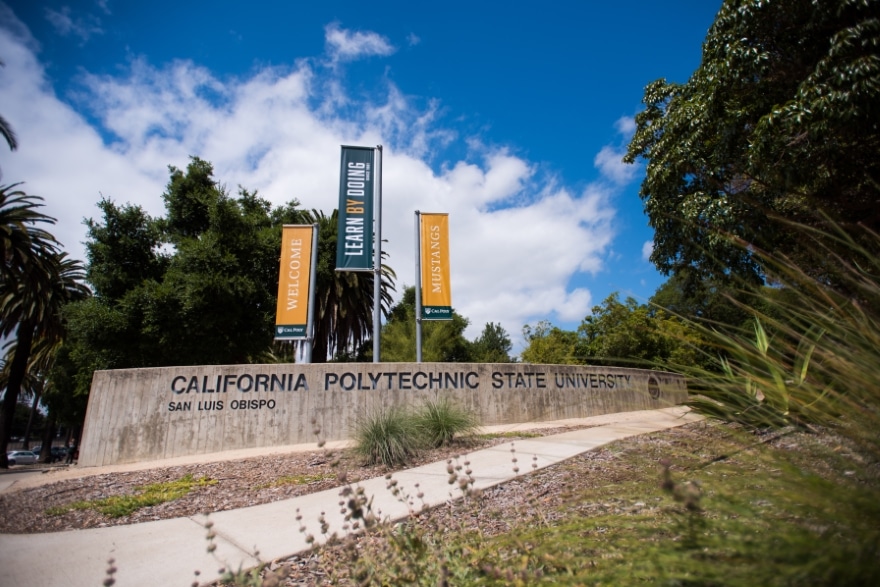 “The agricultural industry seeks our graduates because they’re not just steeped in research,” Swanitz says. “At Cal Poly students receive the hands-on experiences that make them ready to enter their chosen industries on day one.”

It’s a world she tries to expand through her hands-on facilities role, as well as by nurturing relationships with industry partners and donors. For many of these donors, she says it’s money well spent—an investment in the future of their own industry.

That’s how Jerry Lohr looks upon the College of Agriculture, Food and Environmental Sciences. A spry 84-year-old winegrower whose name will adorn the under-construction Justin and J. Lohr Center for Wine and Viticulture, he has gifted the university with cash and winery wisdom. While this project will include an operational winery, labs and meeting hall, Swanitz says it’ll also provide some less glamorous functions such as wastewater treatment.

“It may seem utilitarian and necessary by code, but it’s also a learning opportunity for students,” she says. “A building shouldn’t be looked upon as just a building. There’s so much to learn from it and how it supports an ecosystem.”

It’s indeed a sensitive ecosystem that Swanitz oversees. The university’s Swanton Pacific Ranch, 3,200 lush acres above Santa Cruz for studying sustainable agriculture, was badly damaged by wildfire last August with many historic buildings destroyed. A master plan is underway for rebuilding and this, too, presents a teaching opportunity, she says, with lessons on climate change’s effect. 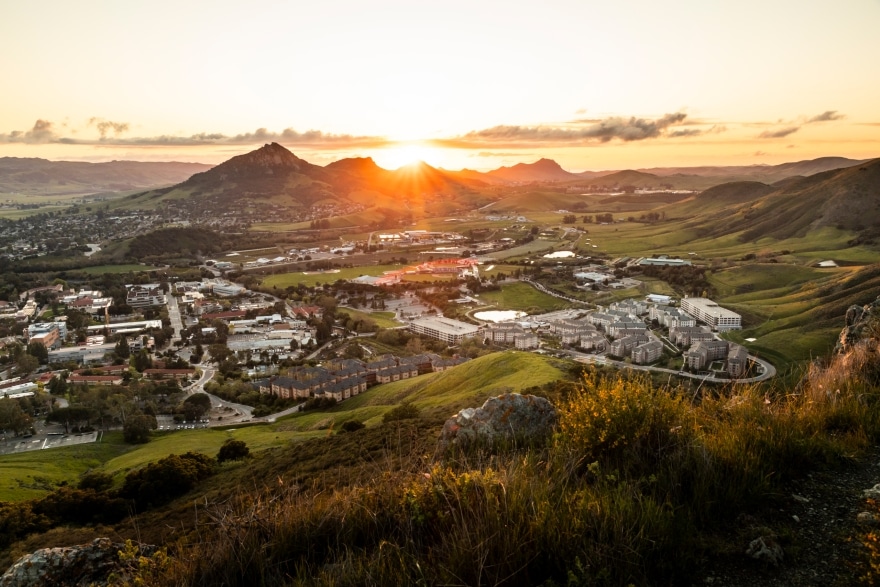 She’s also dealing with the consequences of another disaster, COVID-19, and its effect on construction. The pandemic actually hastened the progress of the interdisciplinary complex because there were fewer students on campus and less concern about noise during exam prep. Now, with some normalcy returning to Cal Poly as well as so many other places, construction is ramping up with costs of lumber and other essentials soaring.

But, Swanitz assures, work will proceed. After all, she’s passionate about it.

She was always drawn to this line of work, the Orange County native studying architecture at Cal Poly during the early 1990s before transferring to University of California Davis and earning a bachelor’s degree in environmental design. Even prior to college, she interned at an architectural firm, garnering experience as a rare female at construction sites, which wasn’t always pleasant.

“I had to deal with catcalls and being asked out by men who were far too old for me,” Swanitz recalls. “The workers didn’t know I was there in a professional capacity. I made a promise to myself that the generations of women who came after me would not have those same experiences. Even though the construction industry has come a long way, there is still much work to be done in the realm of gender equality.”

She ascended to project manager at a Sacramento firm enlisted to build out the Folsom Lake College campus with administrative and academic buildings, a bookstore, cafeteria, gym and theater. Swanitz went on to direct or manage projects for several California firms, sometimes for academia and such public uses as San Francisco International Airport, but all too often in hospitality. 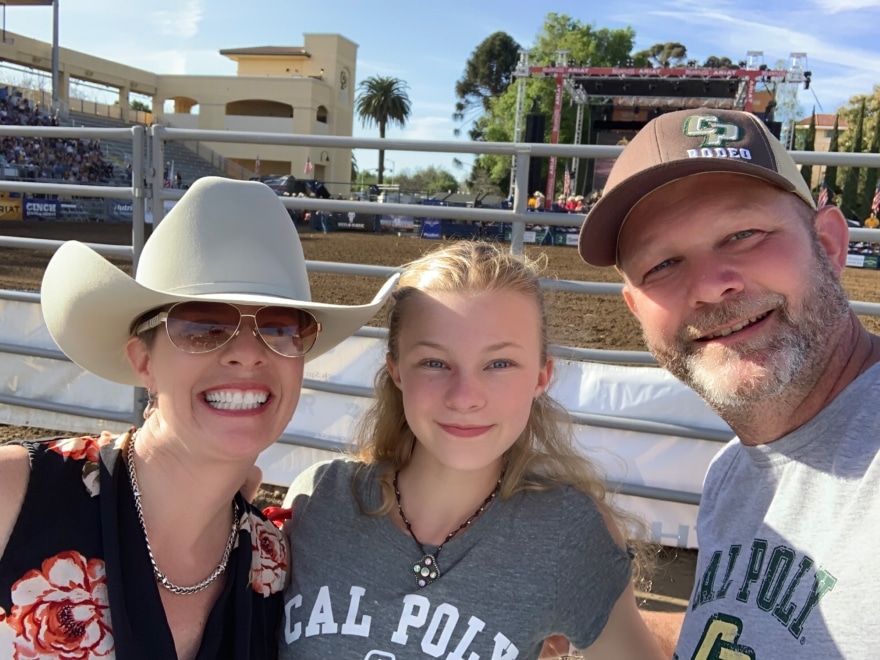 “I had to do something more fulfilling than just make money for somebody else,” she says.

And she’s been doing that since leaving her position with DMHA Architecture + Interior Design in 2017, to join the Cal Poly team as “the director of me.” Not that she feels alone, Swanitz is quick to add, as her position allows extensive collaboration with faculty, staff, vendors, donors and alumni. She’s also proud that her husband, Mark, also a Cal Poly alumnus and a high school principal, shares her mindset.

The same goes for their daughter, Alison—only she’s going into publishing and has helped co-author an article about the Justin & J. Lohr Center for Wine and Viticulture, titled “The Art and Artistry of Winemaking and Building,” for the Fall 2020 issue of Cal Poly’s Vines to Wines magazine.

“We’re in the family business of education,” Swanitz says. “Every decision I make, I put the lens of student success on it. At Cal Poly, our commodities are graduates.” 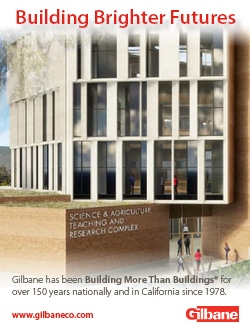 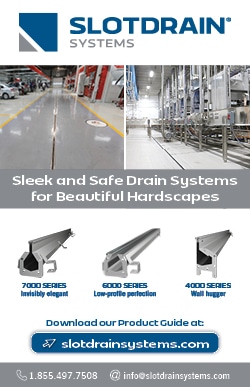